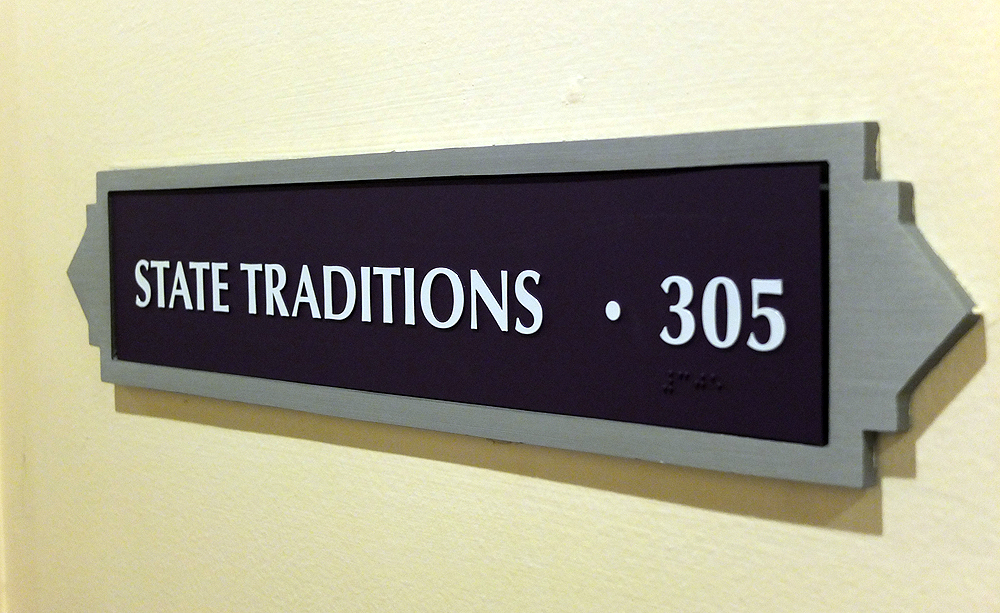 There are certain ingredients that are absolutely necessary to the success of any venture.  On a recent visit to Birmingham, Alabama, I spent some time with State Traditions founders John and Maury (and Keith on the phone) to see the guts of their five year old operation. 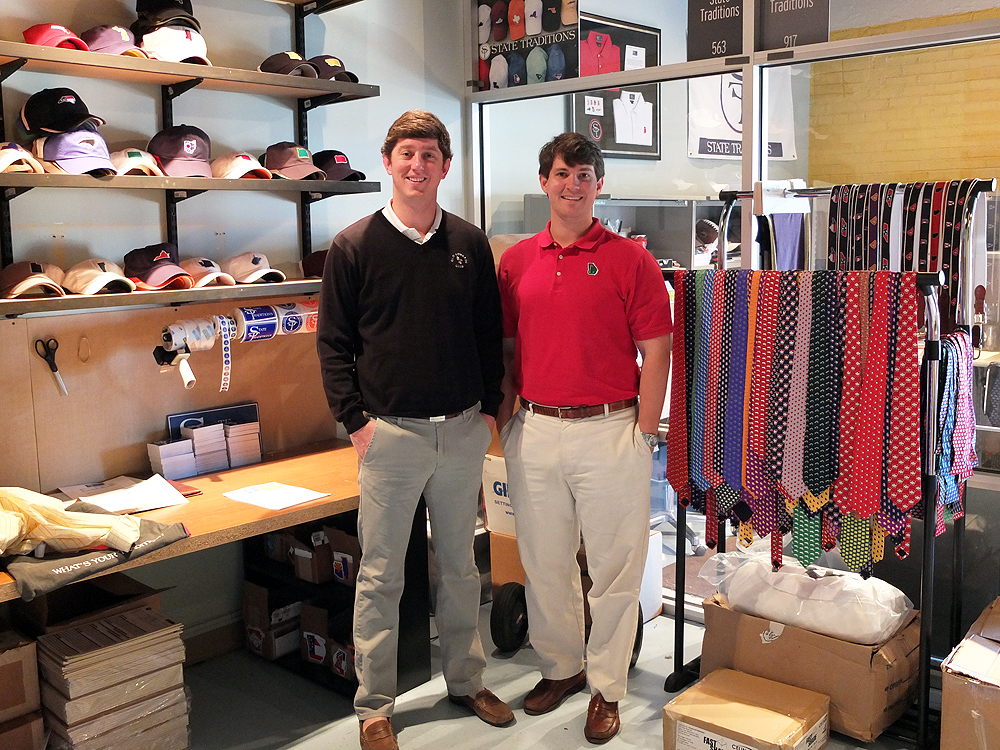 The State Traditions offices are located in Birmingham – deep in the heart of SEC country, which is synonymous with ‘state pride’.  The founders are also ‘Bama graduates, who are known for their fan loyalty.  Using those two ingredients (among others), they found a niche in a marketplace hungry for simple designs that work in a number of environments. 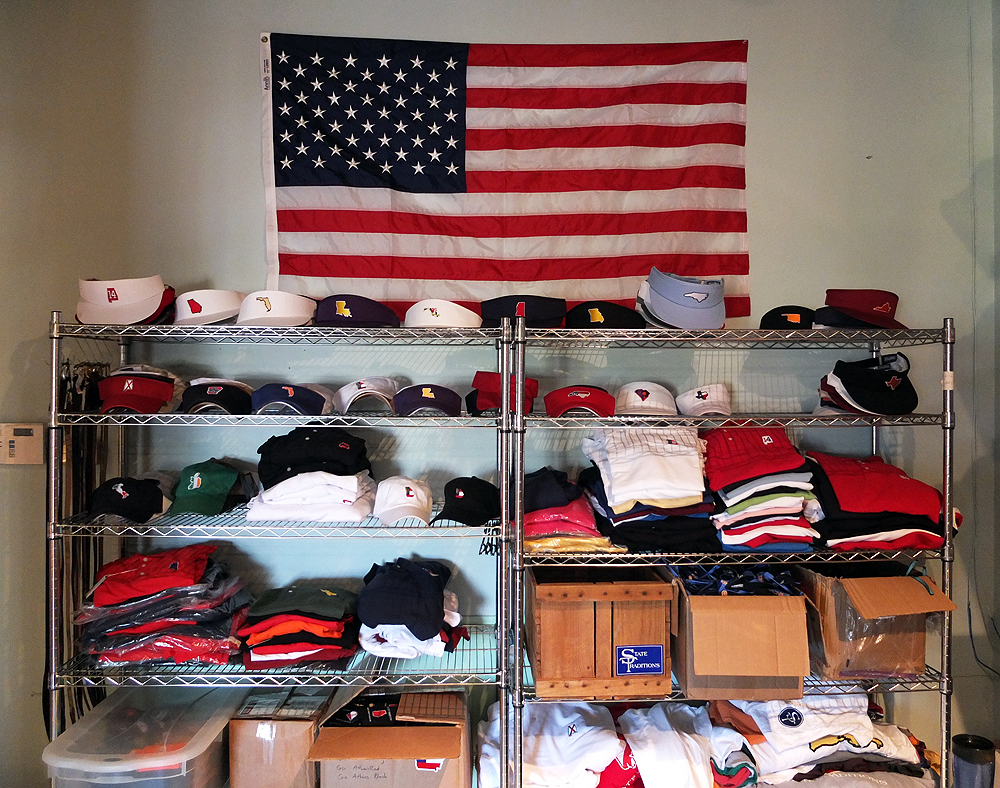 Founded in 2007 by three friends, State Traditions gives all of us the opportunity to show some state pride.  Their mission is simple: to provide quality products to everyone for a connection with their home.  ST’s product line started with polos, but soon expanded to hats, visors, t-shirts, belts, and ties. 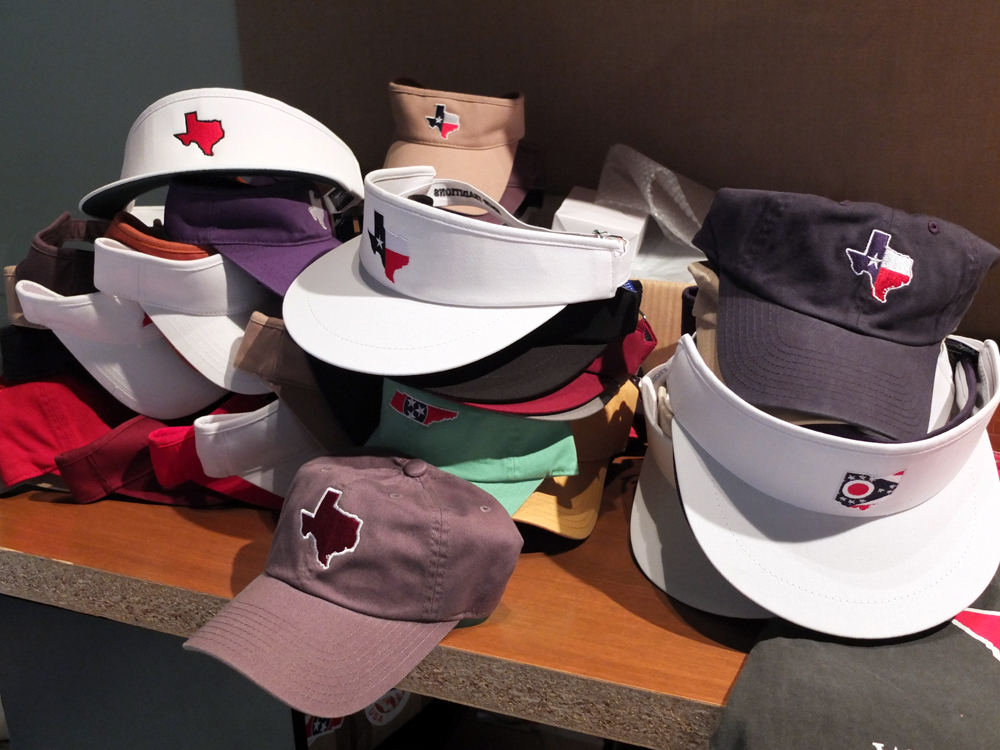 Being a classic tour visor aficionado, I first became aware of State Traditions when I saw an Alabama visor at football game a couple falls ago.  What was attractive about the visor was how simple it was – it works like a champ.  They are the polar opposite of any NASCAR gift shop.  One could argue that the State Traditions hats are the next generation of the classic circle or bar design hats from “The Game” that were so popular in the 90s and 00s.  Go to any college football game and you’ll see State Traditions products everywhere – especially the hats and visors. 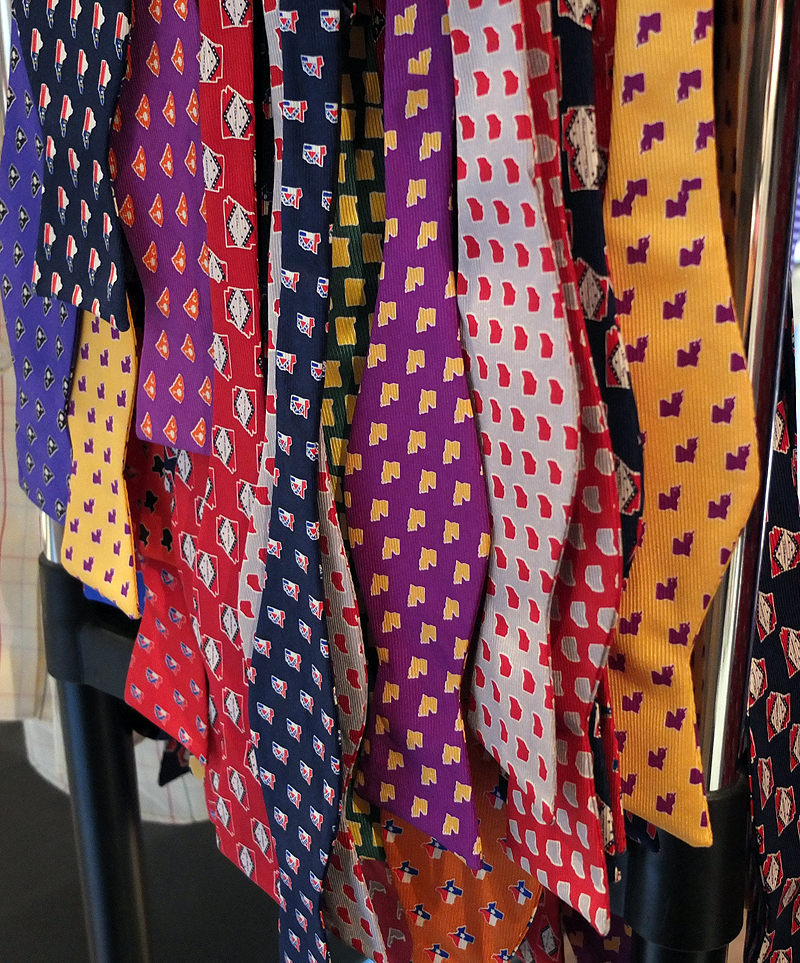 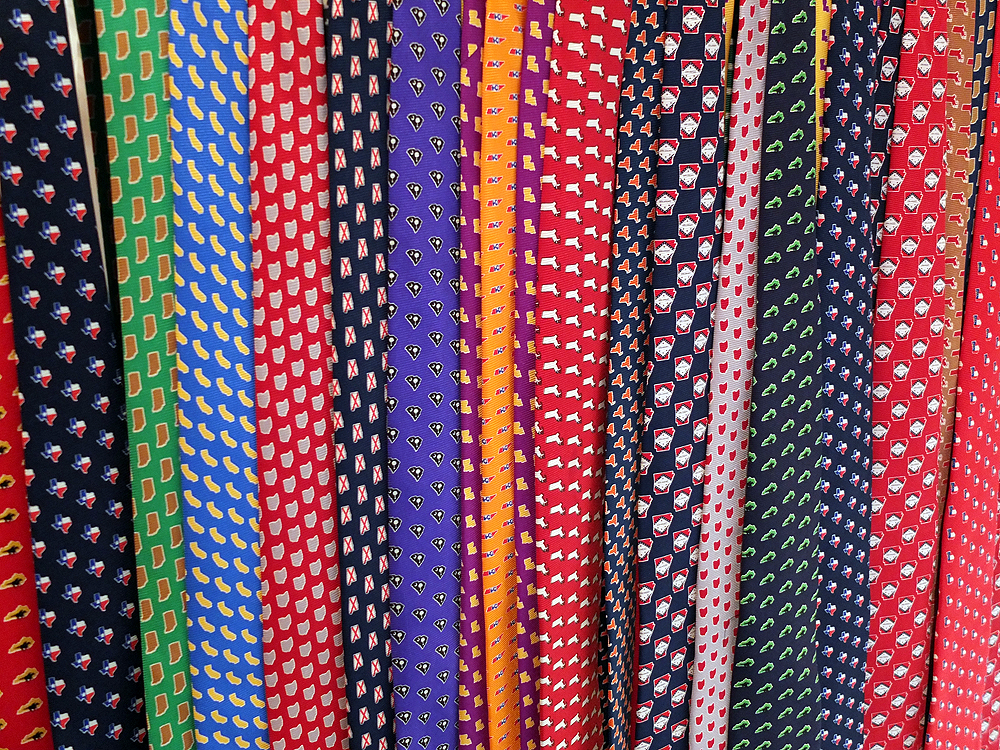 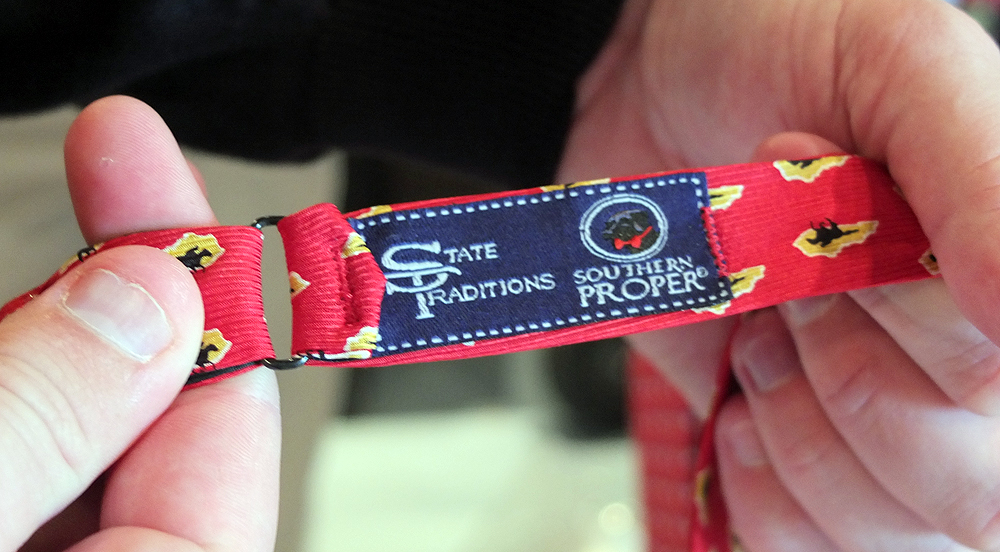 Their collaboration with Southern Proper has been a resounding success – creating high-quality silk neck and bow ties in the same state theme as the rest of their products.  Whether it’s state flag designs or gameday themes, the designs are subtle, but still get the message across. 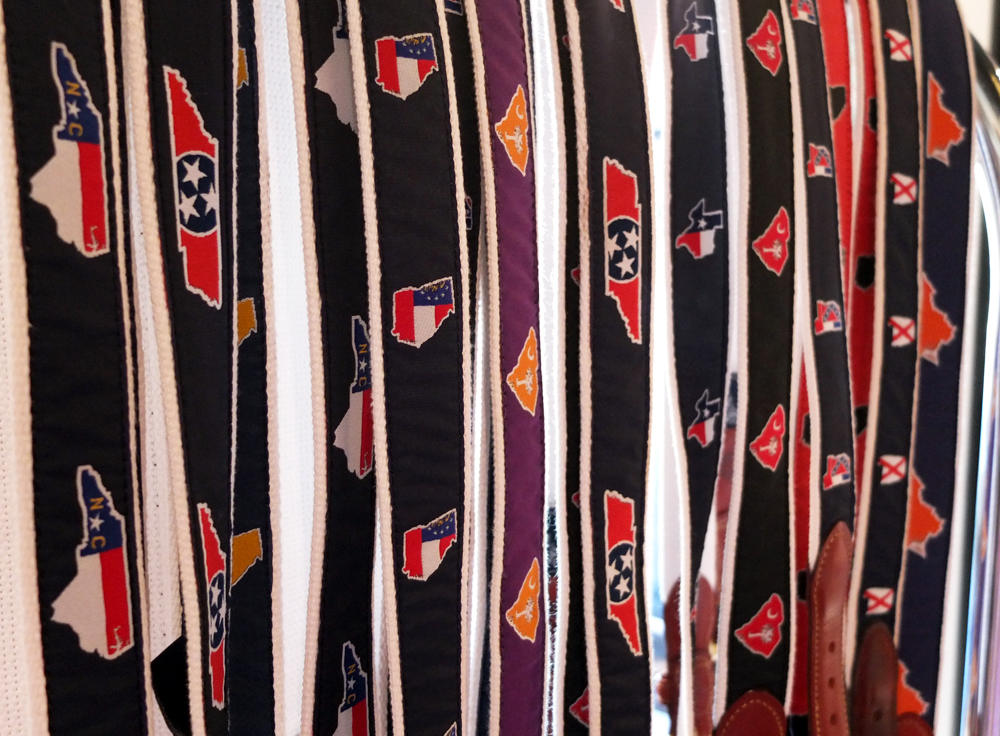 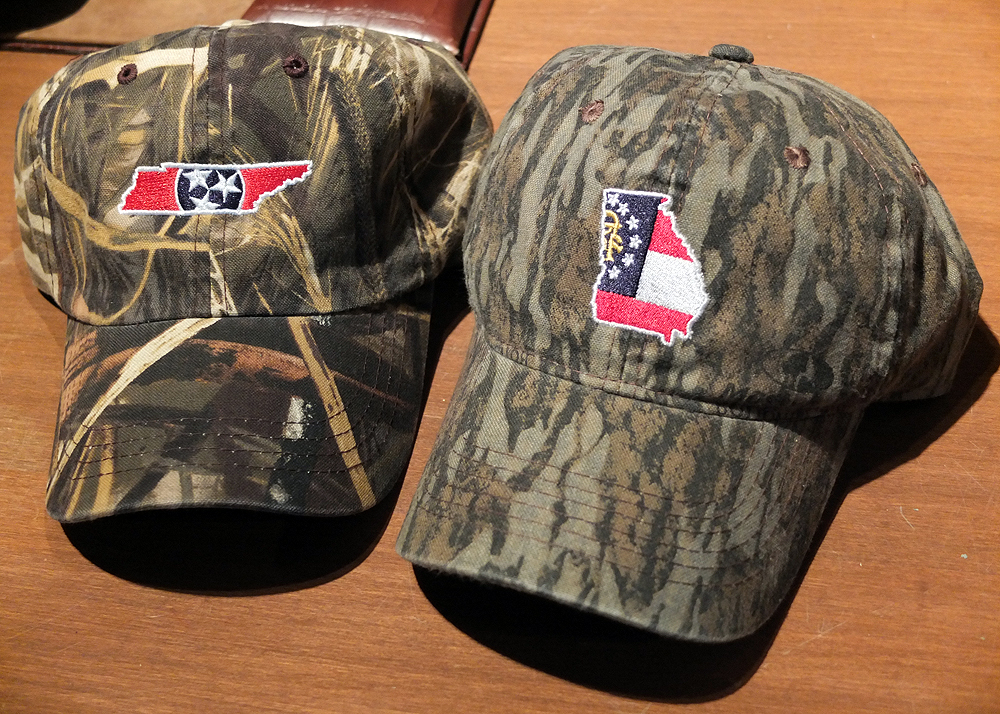 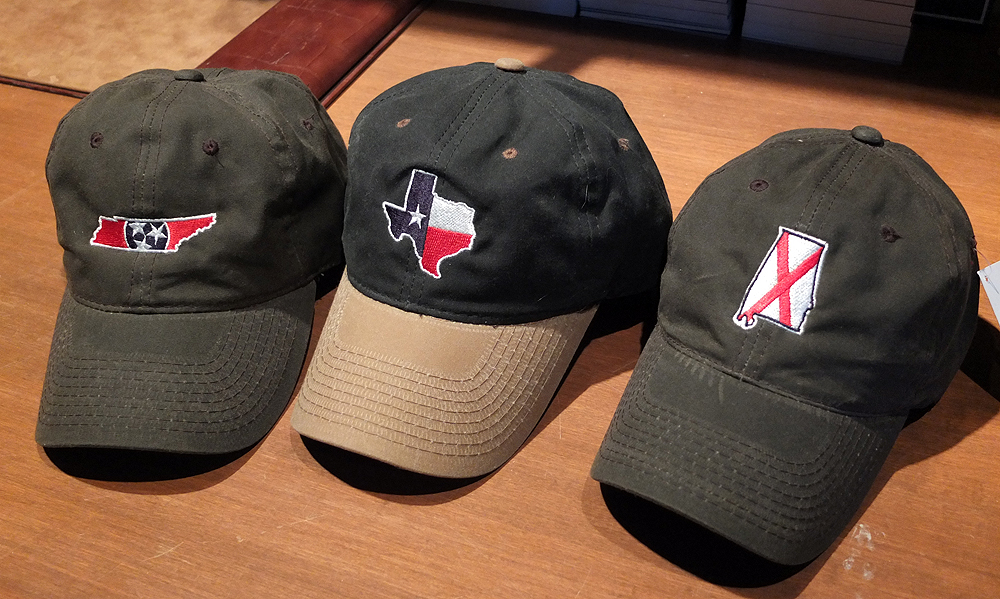 State Traditions has recently released some new products.  First, their state-themed belts are a great complement to the rest of their product line.  They have also added some season-appropriate hats – in many versions of camo, as well as waxed canvas. The waxed canvas hats are outstanding – not something I would normally consider, but it works very well.  Nothing like showing state pride when waiting on the buck or the duck. 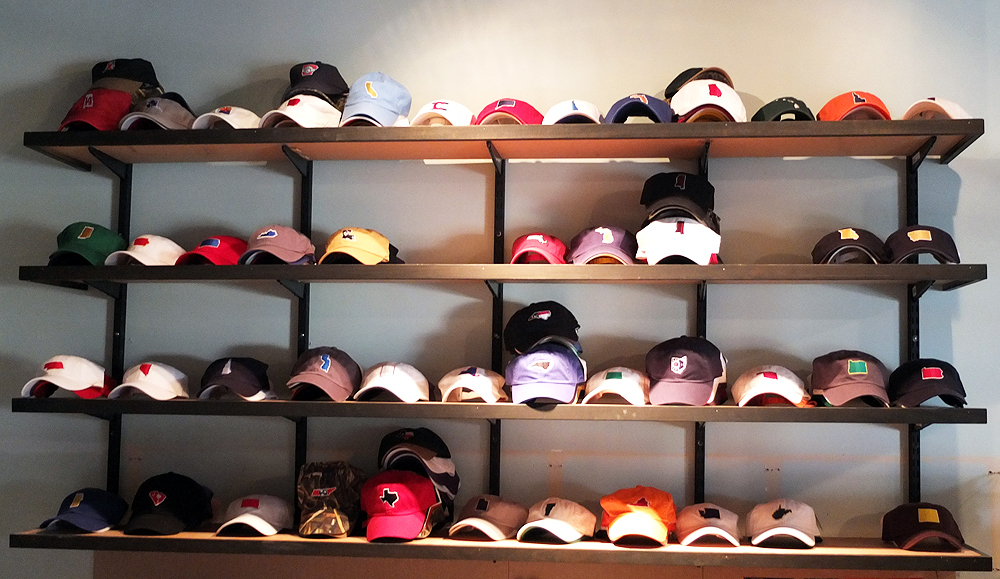 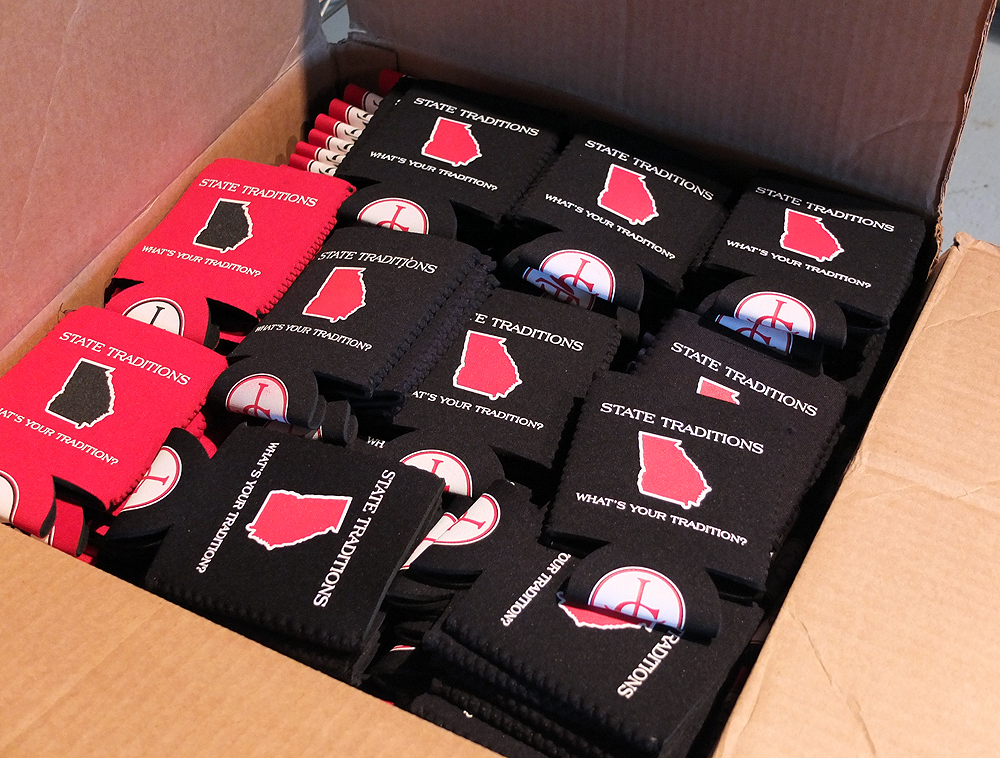 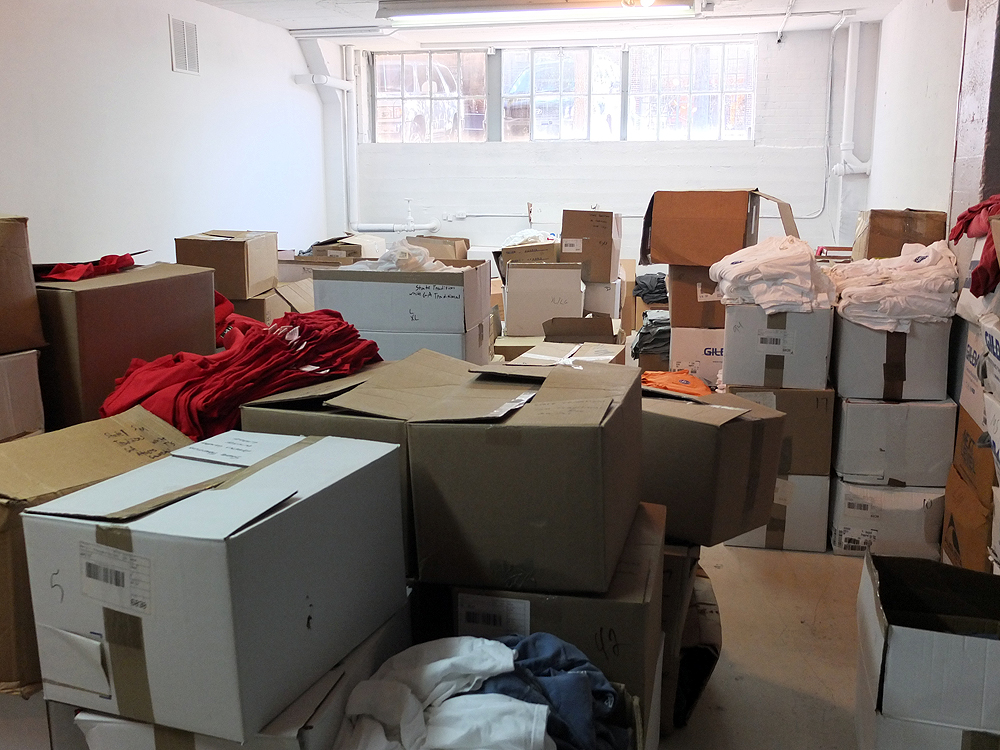 Their offices are filled with products, which are mainly used for product shoots and overages from their warehouse in North Carolina.  They actually occupy three spaces in the building – one for offices, and two for storage.  What started as a focus on the Southeast has expanded to include products from all 50 states – including Alaska and Hawaii.  It’s clear that growth has been a good thing for these guys, but they are busting at the seams.  Seems that they have caught on to something that will sustain for the long term… 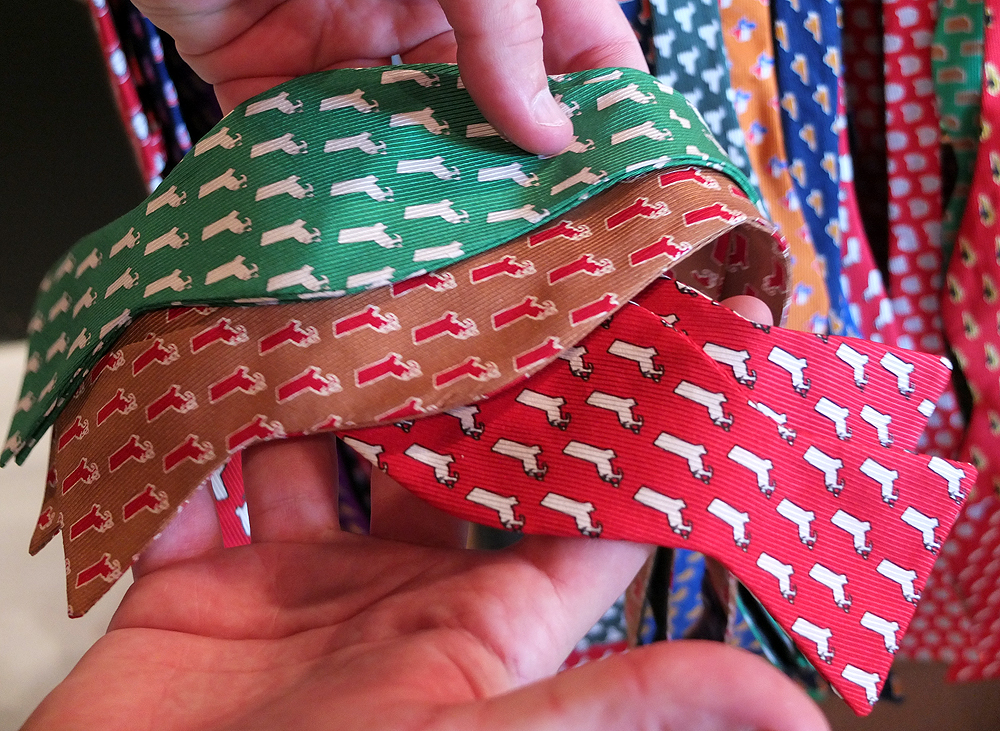 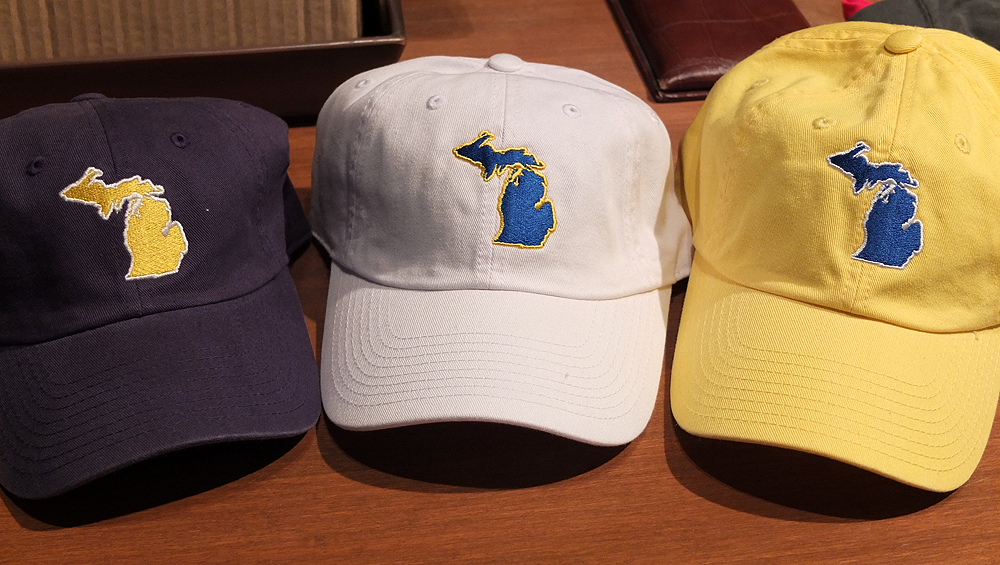 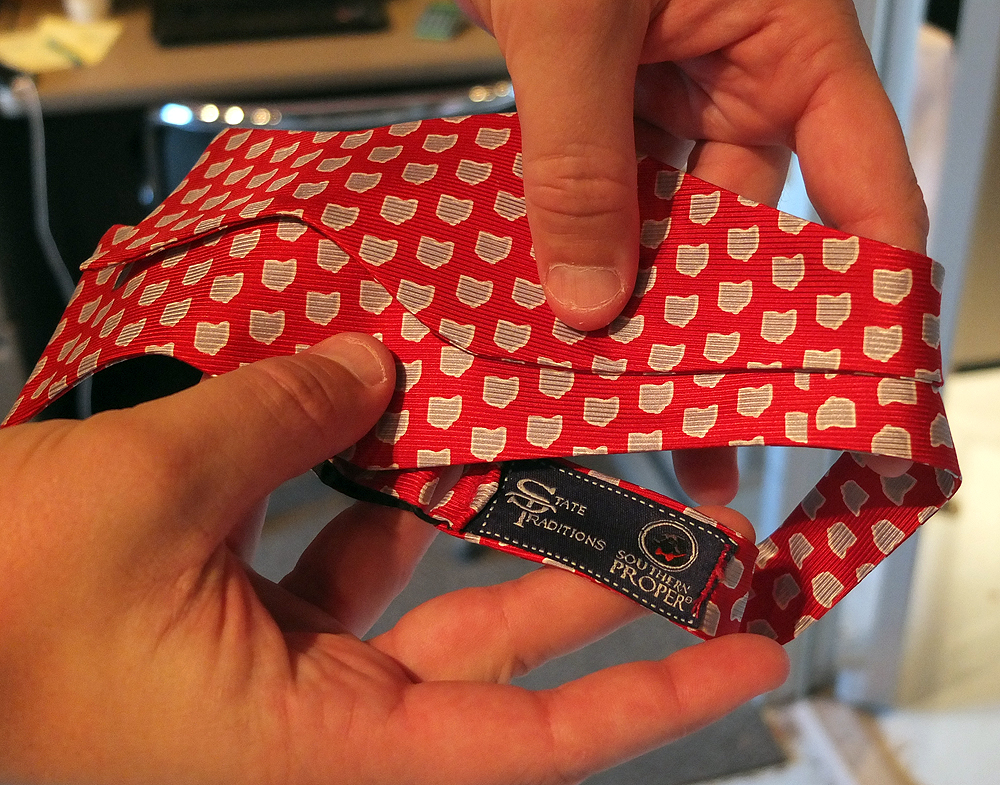 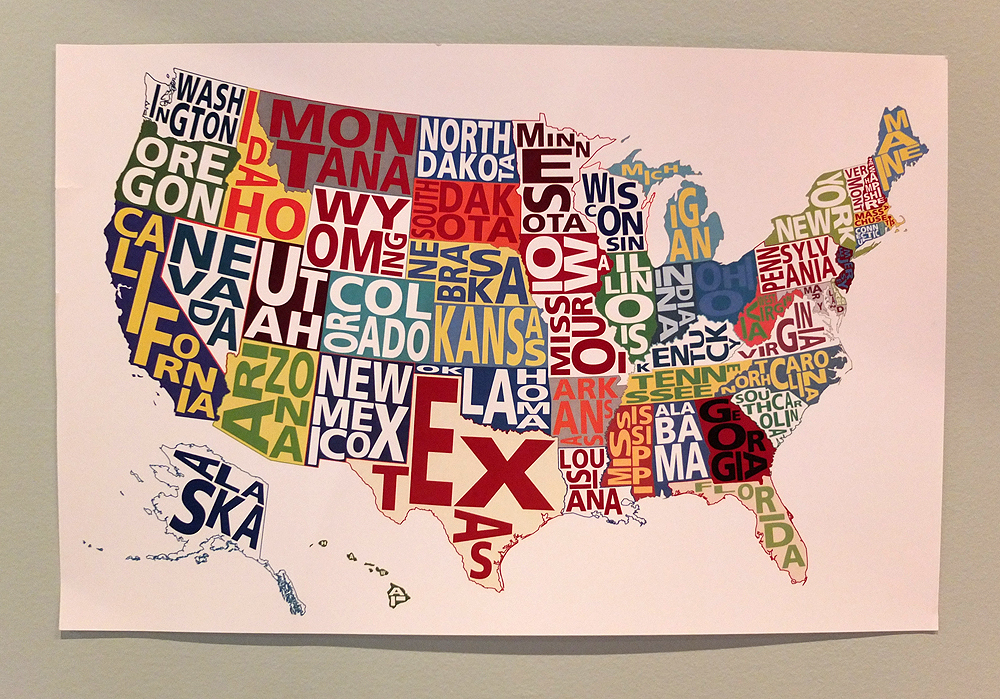 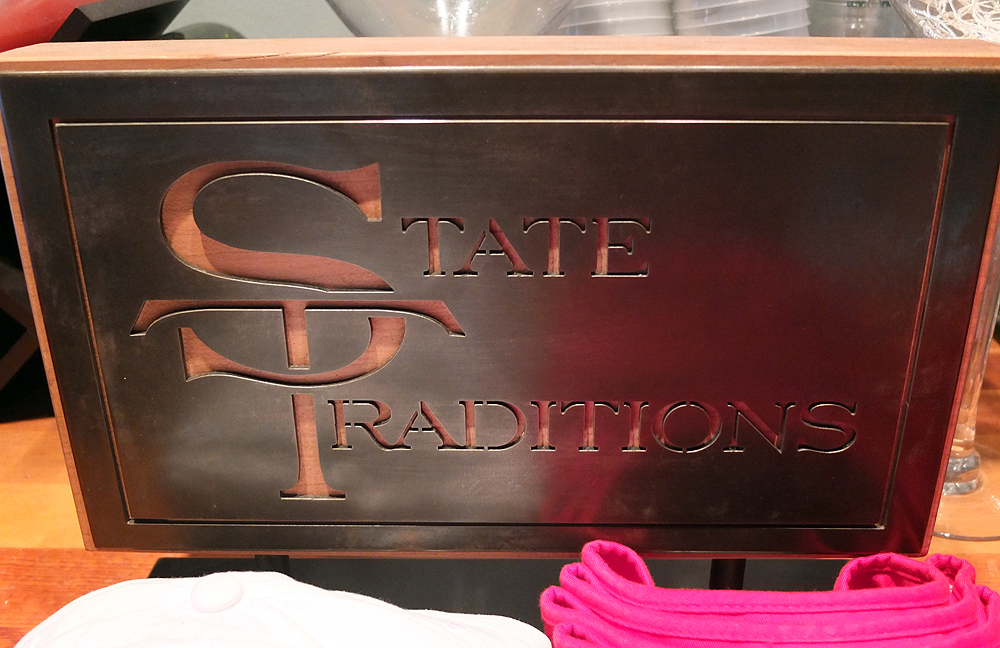 On a side note – this was the first time I had been over to Birmingham in quite a while.  What a great city…I can’t wait to go back.