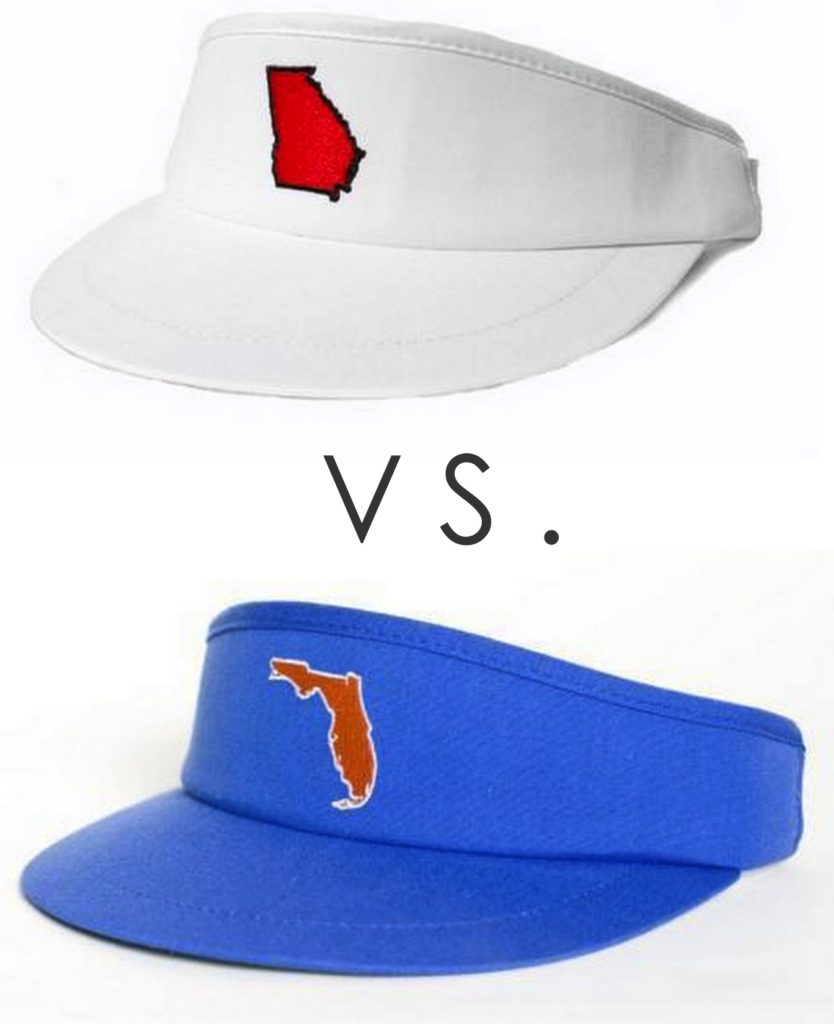 I’m always very excited about this weekend, and very cautious.  Over the last 30 or so years, Florida has had the Dawgs’ number, so no matter what the rankings say, there is always a bit of uncertainty in Jacksonville.  The only certainty is the high amount of tour visors that will be parading around St. Simons, Sea Island and eventually Jacksonville.  This year looks good for us, but that’s all I’m going to say.

The two things that UGA will ALWAYS have over Florida are two gems of the college football/journalism world.  Larry Munson and Lewis Grizzard.  They will never be replaced, and we all knew it when both were alive.  Here are two pieces to keep your head right going into tomorrow’s game:

We are headed into Jacksonville as a two touchdown favorite.  Knowing what’s on the line, by no means am I overbuying anything, but I can only hope that this years’ game is as good as my favorite, the 1997 game, where Robert Edwards wore Spurrier & Co out.  Here’s to hoping…enjoy the highlights as told by the legendary Larry Munson: 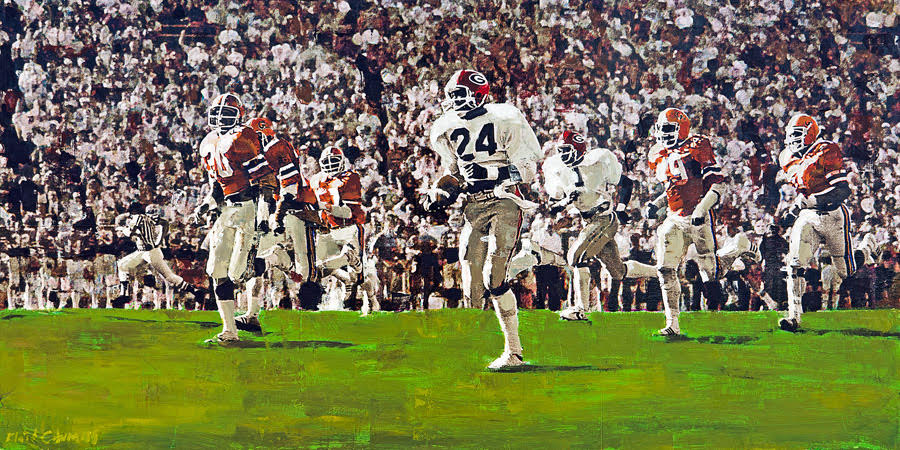 “I don’t think you can get from Jacksonville to Auburn,” I had said to him.

“You change buses in Waycross and Columbus,” Dorsey answered.

“Home?” He screamed back. “I haven’t worked since Texas A&M, and I haven’t slept since Clemson. You expect me to go back home when we play Auburn in only six more days?”

I lost my head, I suppose.

A lot of people lost their heads here Saturday afternoon. Georgia played Florida. Georgia won the game, 26-21. It’s a lot more complicated than that, however.

Georgia came into the game ranked second in the nation. To continue to compete for its first Big Banana ever, the national championship, Georgia had to continue its winning streak.

Florida (”a bunch of swamp lizards and beach bums,” according to Dorsey Hill), wanted to step on the Georgia dream.

Dorsey arrived here Thursday afternoon with thousands of others who made the early departure south from various points in Georgia. Many of those individuals were drunk as five-eyed owls by the time they reached the Florida line.

As local wit, Rex Edmondson, says, the Georgia-Florida game is the “annual celebration of the repeal of prohibition.”

Dorsey waited until Friday to get into his serious pre-game drinking, however.

“I stopped at the New Perry hotel Thursday for lunch and filled up on collards,” he said. “It’s hard to drink on a belly full of collards.”

Now that I have had time to digest all that did eventually happen in college football Saturday, I think I can say without fear of charges of blasphemy that the whole thing was a religious experience.

“Deacon Dan” Magill, the “Baptist Bulldog,” read a prayer Saturday morning to the Georgia faithful in which he beseeched the Almighty to help the Bulldogs “smite the Florida philistines.”

Then, there was the game itself, Georgia behind 21-20, 93 yards away, time running out.

“We need a miracle!” Screamed Dorsey Hill, now fortified with more than collards.

Georgia got its miracle. Buck Belue to Lindsay Scott, who ought to get his scholarship back.

If that wasn’t enough, there was the astounding news from Atlanta. Georgia Tech had tied No. 1 Notre Dame. Surely, Georgia will be ranked first in America when the ratings are released.

“A tie was a gift from heaven,” said Dorsey. “Notre Dame gets knocked out of number one, but Tech doesn’t get a win. God is a Bulldog.”

I must make on confession here. I did it, and I must suffer the consequences.

I gave up at Jacksonville Saturday afternoon. Florida had the ball. Florida had the lead. There were only three minutes to play. I left the stadium. I was in the street when the miracle came.

“You are a gutless disgrace,” Dorsey Hill said to me later.

He detailed my punishment.

I won’t, but which cheeks is between me and the tattooist.