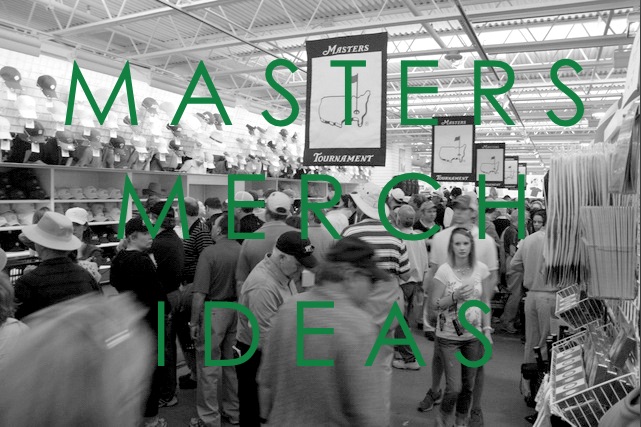 I hope you all enjoyed the Masters as much as we did at the Fort.  As for the winner, it hasn’t sunk in that Patrick Reed gets to play in The Masters for the rest of his life.  I’ll touch on that later.

One of my favorite parts of The Masters is the merch.  It seems that I’m not the only one. #MastersMerch was pretty popular on Instagram, as well as #NotMastersMerch which was the Augusta National stuff.  As I mentioned in my Masters Monday post, this years’ merchandise didn’t really blow me away.  There are usually a few goodies that are a ‘must have’, but this year was a bit slow.  Well, I’ve been giving it a lot of thought, and I have some ideas on how they can shake it up a little. 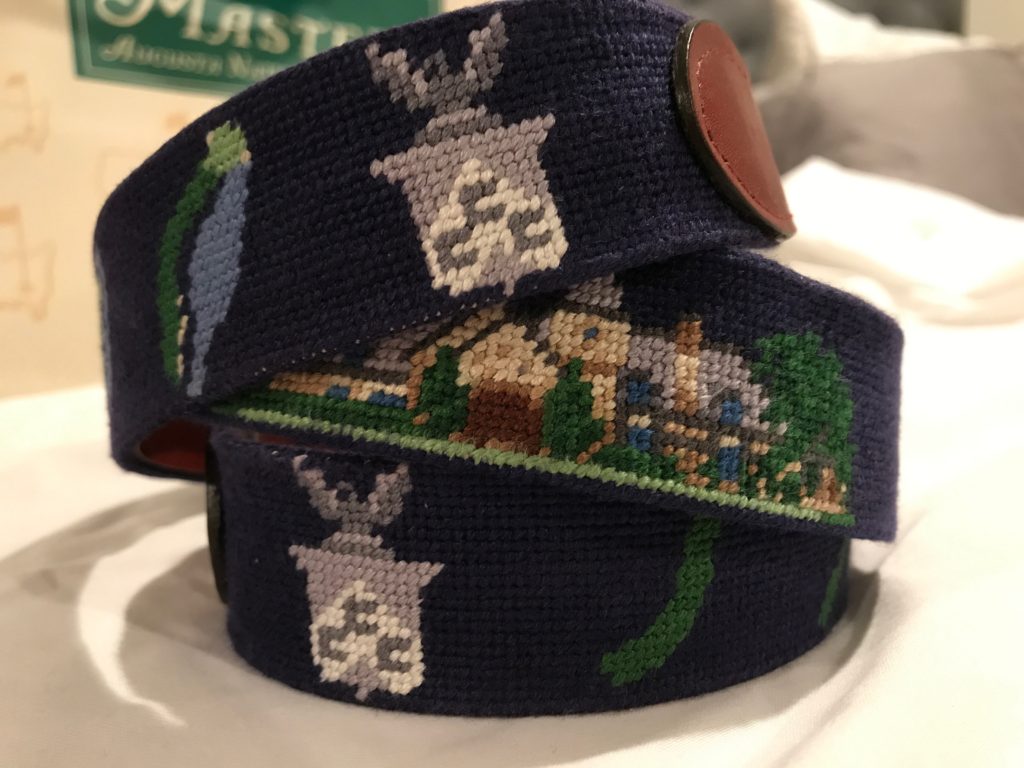 Belts: Smathers and Vineyard Vines have been making the belts, and after five years, I think it’s time to add something fun.  I have two ideas: First, a needlepoint idea.  Smathers produces belts for golf clubs that feature the overhead view of all 18 holes.  I think that would be a GREAT design for The Masters.  Do each nine on a Masters green background, with the Clubhouse in the center back.  Sign me up.

Second, I would suggest an embroidered ‘Amen Corner’ belt, something like what JT Spencer does.  Do a light green belt, with ‘AMEN’ in yellow on the center back.  On each side, embroider the flowers for hole: 11 (white dogwood), 12 (golden bell), and 13 (pink azalea).  Maybe ‘1934’ where the monogram goes.  I think that would be a nice, preppy touch. 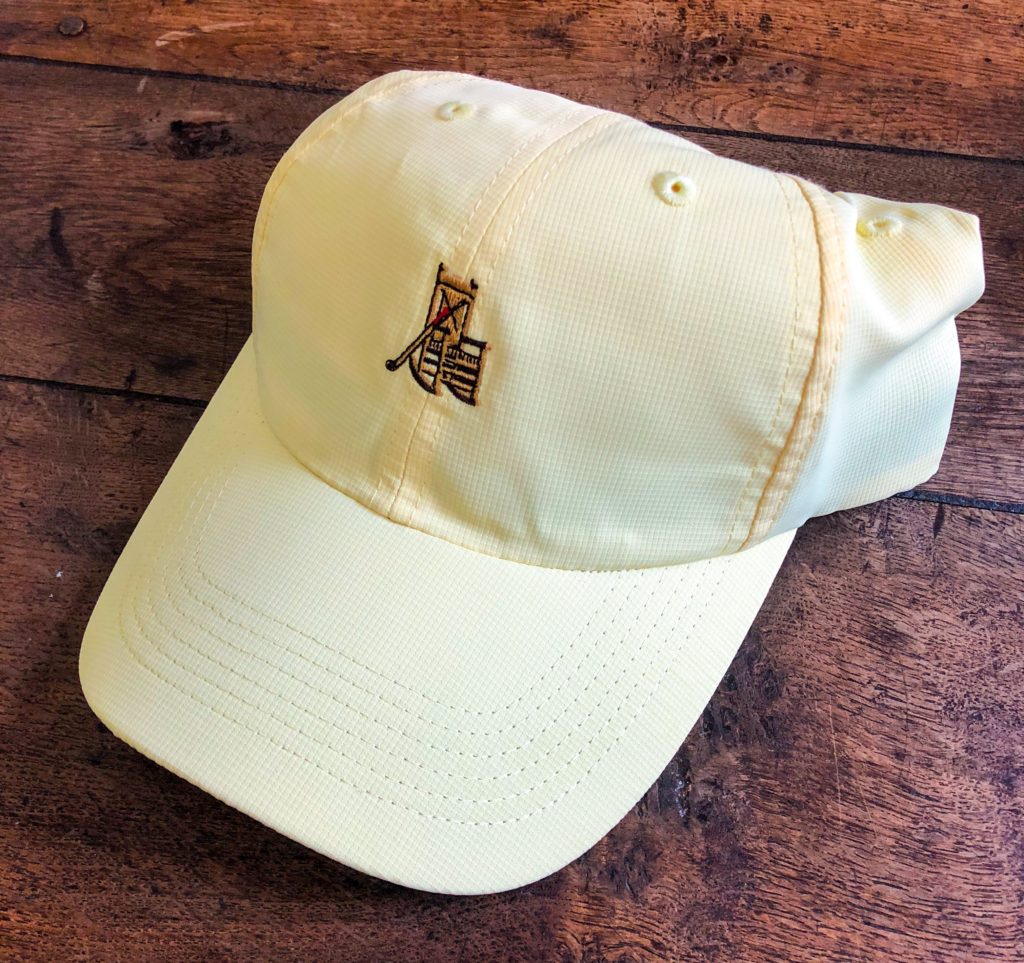 Hats: I think the hats are pretty standard.  I was happy to see the Tilley hats, as it was a nice change up.  Honestly, I’d love to see more yellow hats.  I have a yellow Imperial hat from Ansley’s Settindown Creek course, and I love it.  So does Mrs. RCS. 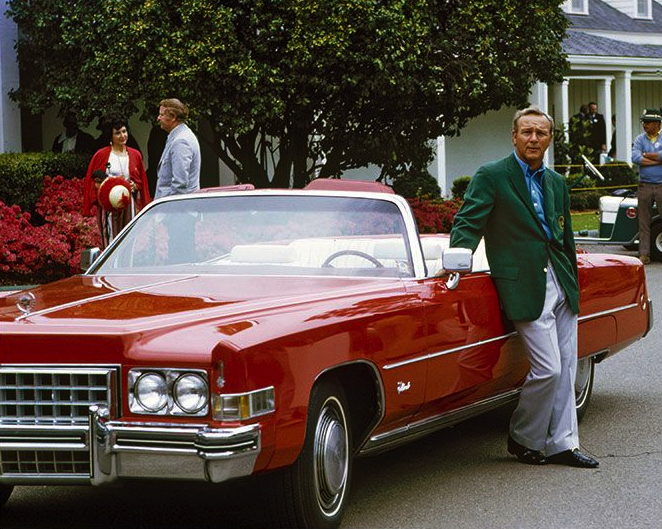 T-shirts:  While I’m not a huge T-shirt guy, I believe there is a lot of opportunity to capitalize on some iconic Masters moments.  Think about the Palmer/Cadillac image (above), Tiger’s reaction on 16 in ’05, Nicklaus raising the putter in ’86, Phil’s jump, etc.  Those images on your typical fratty Custom Colors pocket-T with the Masters logo on the front and the image on the back with something like ‘A Tradition Unlike Any Other’…I could see those being popular. 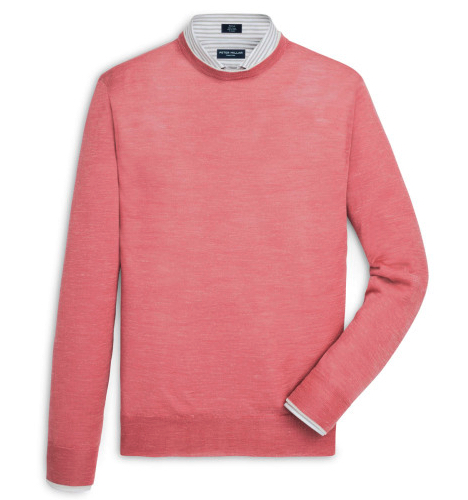 Sweaters: It felt like every pullover was a quarter zip.  While I own quite a few, it would be nice if they offered a crewneck (or v-neck).  Peter Millar does these blend sweaters that are great for on the course as well as at the office.  This with a subtle Masters logo (tonal?) would be something I’d seriously consider. 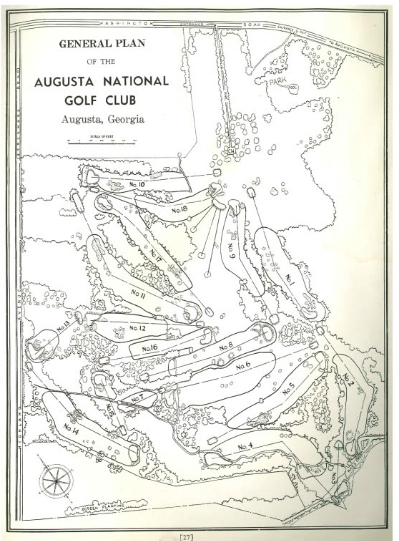 Art: I’m a big fan of old patent drawings, architectural plans, etc.  I’d love it if they would sell the original layout of the club…something like the image above.  These would be a hit on office walls all over the world.

What would you like to see from Golf Shop at The Masters?