Always looking to expand the wardrobe, I’ve had my eye on this unique jacket ever since I saw these images of Bill Cunningham (RIP) back in 2013: 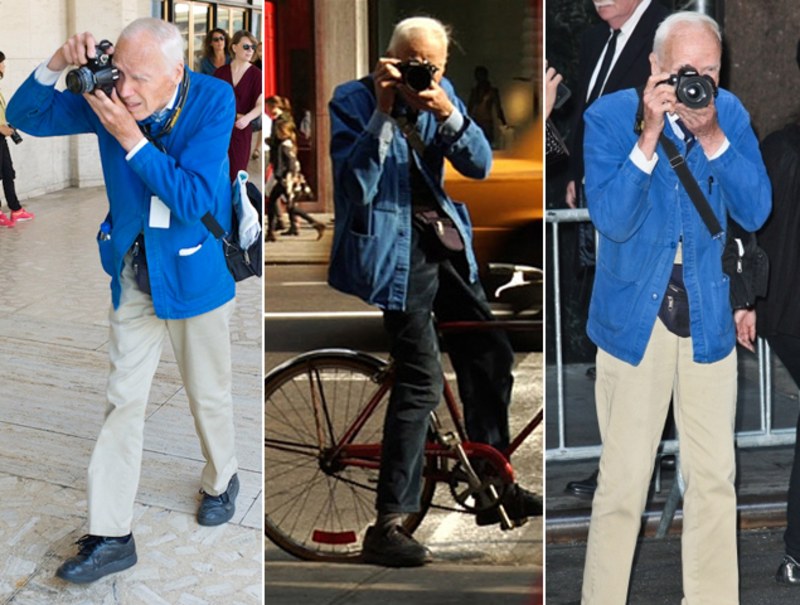 Not quite a blazer, but still a simple piece of outerwear, this is a “Chore Coat”.  And it’s a utility coat for the masses. 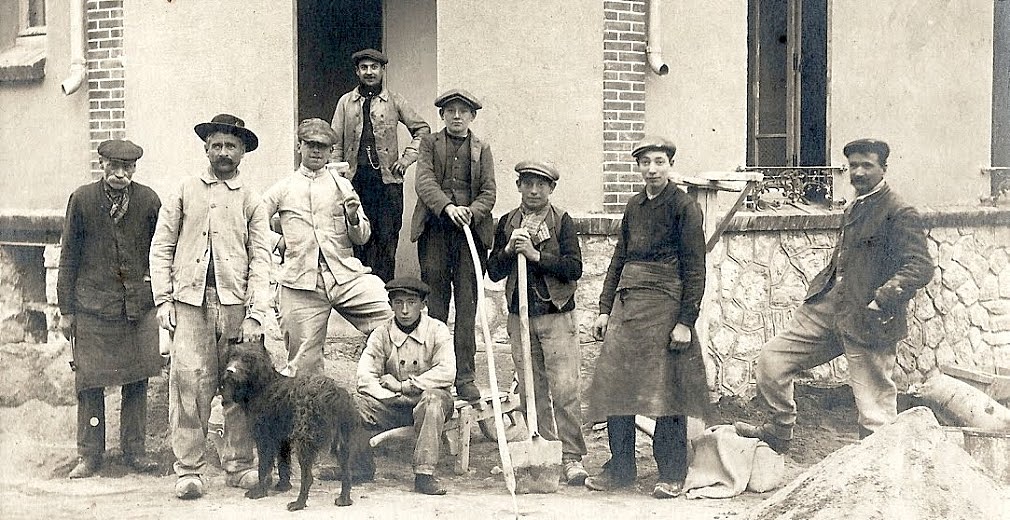 The chore coat (or chore jacket, work jacket, etc) originated in France, and hs had a bit of a resurgence over the last few years. They were typically constructed out of some form of denim, either a heavily indigo’ed version or as a lightweight option in chambray or linen.  They usually had two large pockets across the midsection, and one or two chest pockets.  Very utilitarian: 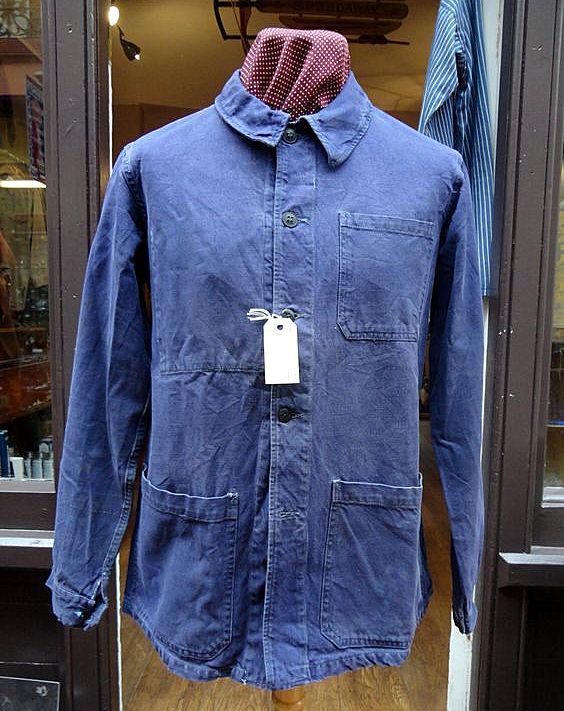 Today, chore coats are made in a variety of styles out of almost every fabric you can think of.  They all share the same general characteristics: big pockets and buttons to the neck.  I really like the idea of adding a chore coat to my lineup.  Specifically for days that I don’t want to wear a blazer, but need some sort of non-vest outerwear.  One thing is 100% certain: no matter how cool my chore coat is, I will NEVER be as cool as this guy: 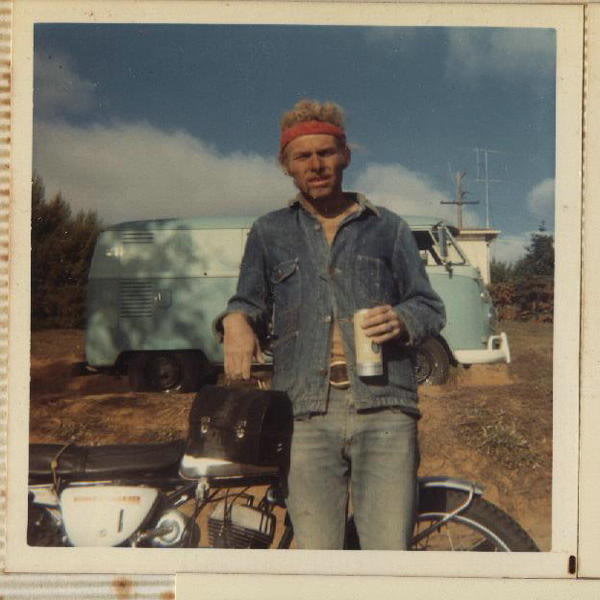 With that said, there are quite a few good ones on the market.  I look at these as a ‘business casual’ type of outerwear, but still very versatile.  I would wear this with jeans and boots over an oxford, or as a coat over a sweater and chinos with loafers.  Since it’s a coat, get one that is a neutral.  Navy blues, tans, or olives.  If you want something louder, get a sport coat.  Here is the rundown of ones I’m considering: 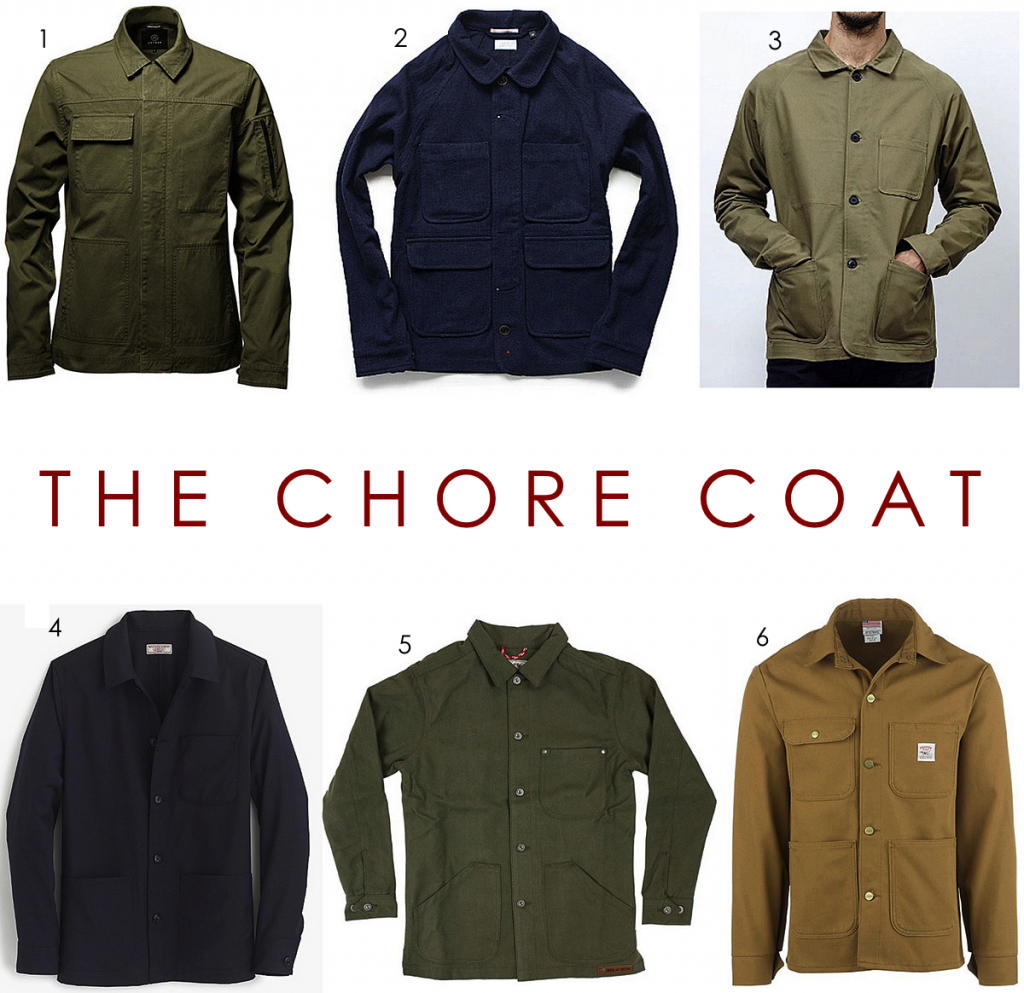 1 Aether Apparel Bowery Chore Coat:  Aether does GREAT work, and this chore coat is no exception.  This one falls in the middle – it can be dressed up or dressed down.  The zipper on the arm gives it a modern twist, but not in a negative sense.
2. Apolis Indigo Wool Chore Jacket:  This is an iconic interpretation of the of the chore jacket, and one of the pieces that Apolis is known for.  The navy wool formalized this version, so it is good for the dressier type.  I’m leaning towards this one or #1.
3. Copin Chore Coat:  Very simple, and tan.  Mid-range, essentially a casual jacket that can be worn almost anywhere.  Boots and jeans preferred.
4. J. Crew X Wallace & Barnes Chore Coat:  A good, very unconstructed version of the chore coat.  Essentially a work shirt with front pockets.  For the minimalist.
5. Iron & Resin Industry Chore Coat:  A cool green look, and exposed rivets give it a military vibe.  More casual than dressy, this coat ranks low on the ‘formal’ scale, but high on the ‘tough and cool’ scale.  Don’t sleep on green.
6. Pointer Brand Duck Chore Coat:  This is the duck canvas, tough, roughneck version of the chore coat.  For the boot-everyday folks.  The thick tan canvas wakes up the Filson and Carhartt senses, and the light lining makes this a little more winter-friendly.  The label and the green writing on the buttons are nice touches.  I’m tempted to get one of these and do some modifications:  First, wash it about 25 times.  Second, have the collar rounded (like this dude): 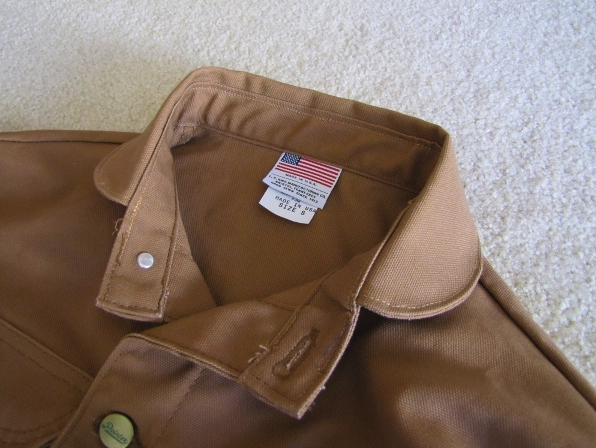 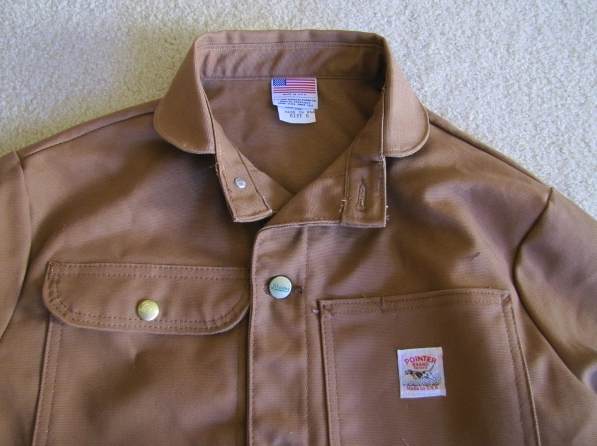 Beyond these, you can find some vintage models on Etsy that are worth a look.

Remember, folks, it ain’t all blazers and gunboats.  Have fun, after you get your chores done.