I had an interesting conversation with a stylish buddy of mine the other day.  We were talking about Fair Isle sweaters, and whether there is a place for them in a man’s wardrobe.  I think they look good, but I wonder if it’s an idea vs. execution situation.  What I mean by that is the idea of a Fair Isle sweater is good, but the execution (or actual wearing) of said sweater is poor.

My argument is this: there is a place for a Fair Isle sweater in a man’s closet, but the opportunities to wear them (especially in the South) are limited:

So, if you are heading to the mountains for the weekend, picking out a Christmas tree, hanging by the fire with your significant other, or your heat goes out, then bust out the Fair Isle sweater.  A Fair Isle sweater is the adult version of the vintage loud Patagonia fleece snap-Ts that we all clamored over in college.

The second part of the discussion went in the direction of “Tacky Sweater”.  This is touchy.  A Google Image search on Fair Isle sweaters will display some jewels.  There are some really nice ones out there; wearing one gets you a free bowl of soup.  You have to be careful, so stick with Fall and winter hues.  Here are a few that I like: 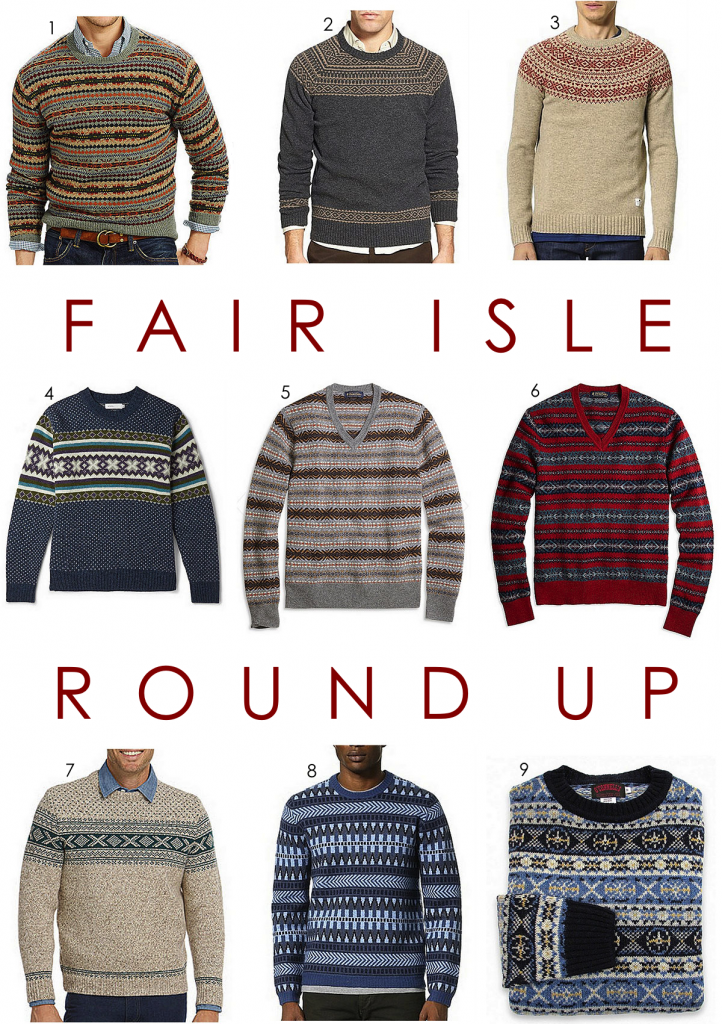 What do you think about Fair Isle sweaters?  Are you a fan?