I was given a $100 bill for Christmas. At the same time, I’ve been purging my closet – getting rid of quite a bit. In the interest of ‘getting the most for my money’, I decided to re-stock some shirts – for as much value as I could afford. My first stop was to Brooks Brothers – where I found these two shirts. I got both for ~$70 after sales, discounts, etc.: 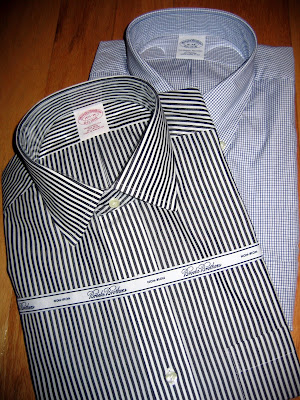 Next, I stopped in a few second-hand stores, and hit the perverbial jackpot. First, I found a Billy Reid dress shirt – the fabric is excellent. Five bucks. Billy Reid gets some very positive press on the style blogosphere, and he’s based in the South. I also picked up the Polo Golf shirt as well. This one has a monogram forthcoming. $5 as well: 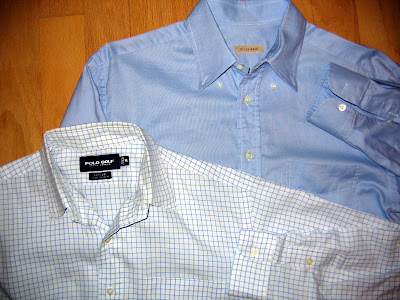 I couldn’t say no to this vintage Gant. It’s called the ‘Uxbridge Twill’ – and has the 80% cotton 20% wool fabric. The difference between this and a Viyella is that it is a much slimmer cut. Pocket flap as well. Five bucks: 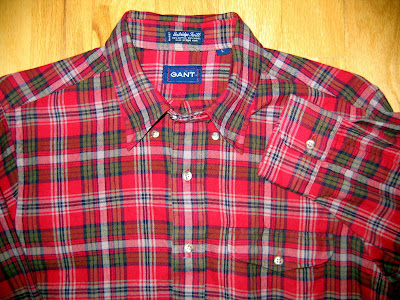 Finally, these two ‘Made in India’ long-sleeved madras shirts. I’m a sucker for long sleeved madras shirts. Finding these two was like a winning lottery ticket. The one on the left is Land’s End, slim cut, complete with the pocket flap. The one on the right is by Norman for The Locker Room. Great colors – with that nice vintage slim cut as well. Got the pair for $10: 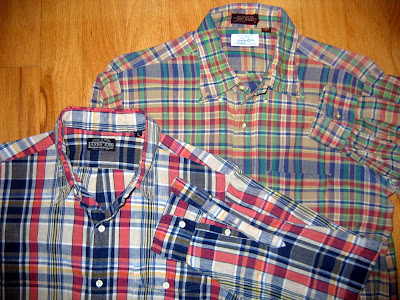 So my total for these seven shirts was just over $95. Thanks, Santa.