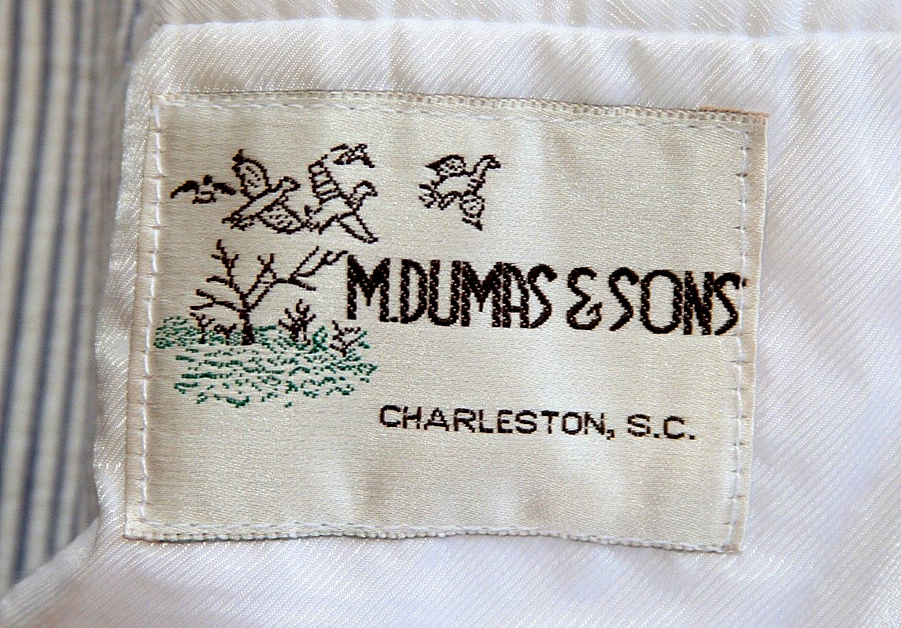 There are a few stores out there that I look at as non-negotiable.  If/when I am ever in that town, I stop by.  They all have their own character…  Think of them as the must stop eateries for foodies.  Think Sid Mashburn here in Atlanta, George Bass in New Orleans, Harrison Limited in Mountain Brook…you get it.  One of those stops for me is M. Dumas and Sons in Charleston.  They are a men’s specialty shop that has been around for 99 years.  It’s safe to say they know what they are doing.

I remember the first time I stopped in, and was really blown away.  First by the size of the store, but after the initial shock wore off, it wasn’t such a ‘drink from the firehose’ mentality.  I was introduced to quite a few brands there.  I fell in love with ‘Otter Green’ Filson in their store.  Their belt selection is one that makes even me blush.  All while hanging out with the great staff that mans the fort.

For those of us that don’t live in Charleston, M. Dumas and Sons embarked on a $2 million renovation of their 8,500 square foot iconic Men’s Specialty store. We caught up with David Dumas, the 3rd generation owner of this Charleston Institution to learn more about the business and this major renovation: 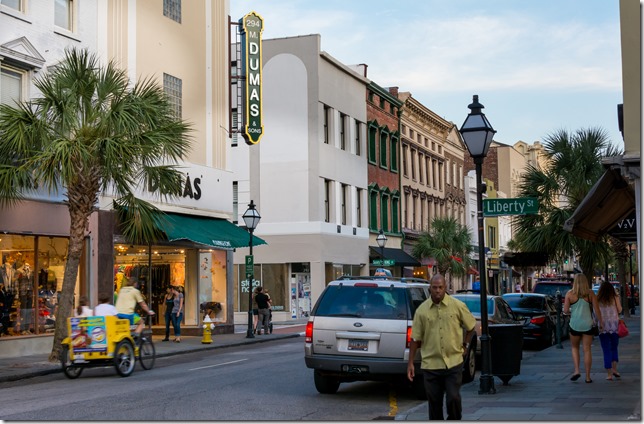 Tell us about the history of M. Dumas?  M. Dumas and Sons was founded in 1917 by my grandfather, Mendel Dumas. Initially known as a uniform shop for service industry jobs, including the local naval base, we expanded into hunting and outdoor apparel and then in the 1960’s we became known for our fashion denim. It wasn’t until 1993 that we transitioned fully into men’s apparel by introducing a little known (at the time) brand named Tommy Bahama.

When did you know it was time for a renovation?  In 2015, our team decided it was time to renovate our store because after decades of operation and high-traffic, the store was simply beginning to show it’s age. The renovation involved updating the shopping experience, while simultaneously exposing hidden historical and architectural elements, like original brick work that is over 100 years old.

Some renovation ‘down to the studs’ photos: 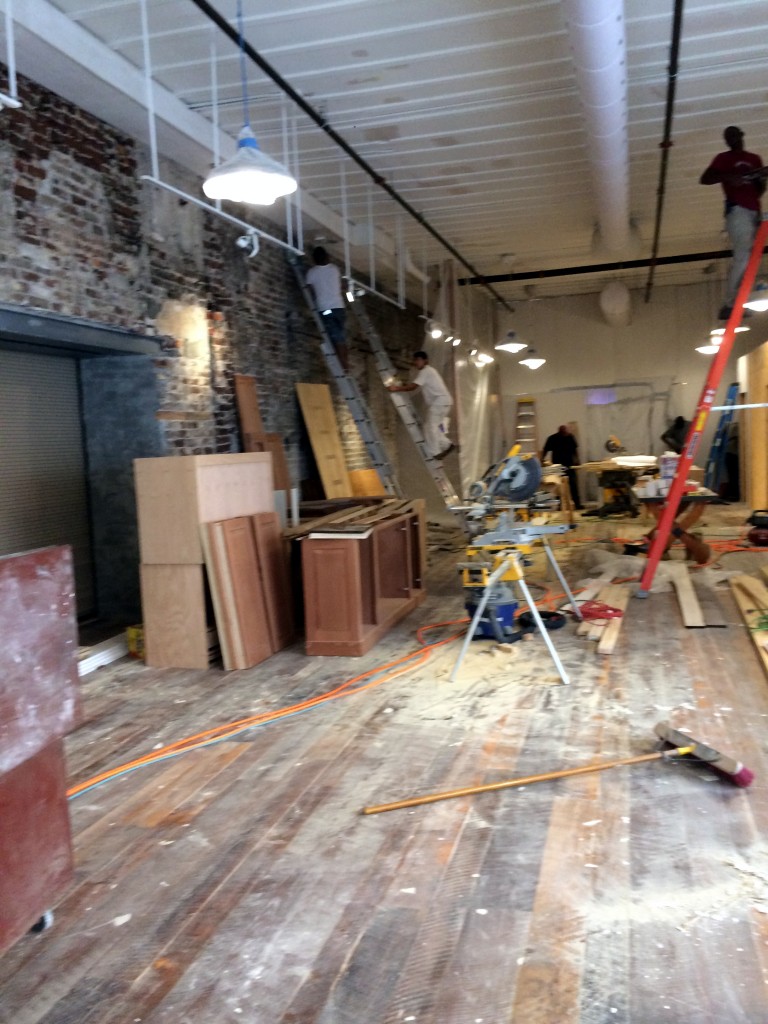 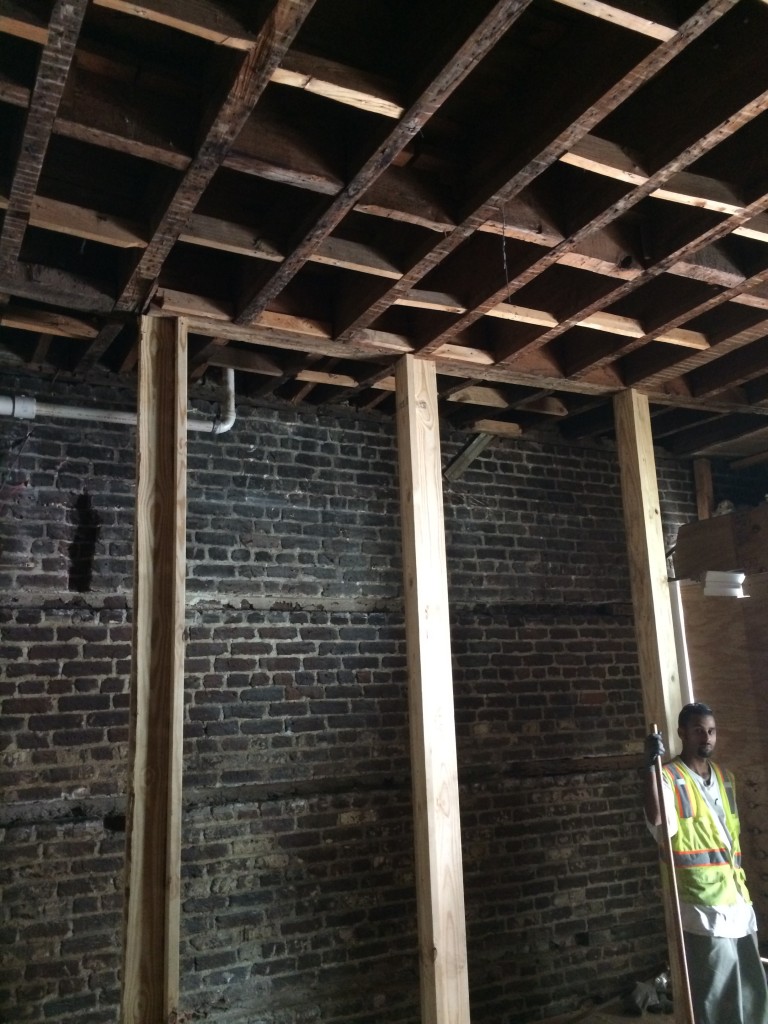 What was the best and worst thing during the renovation?  With a renovation of this size and complexity, it is easy to image the various ups and downs that occurred through the transition. Remaining open throughout the renovation for our customers was a top priority. This meant that the M. Dumas team had to work long hours resetting the store almost weekly as the construction progressed. The best part of the project was when it ended! We have heard so much positive feedback that looking back we know it was the right thing to do. 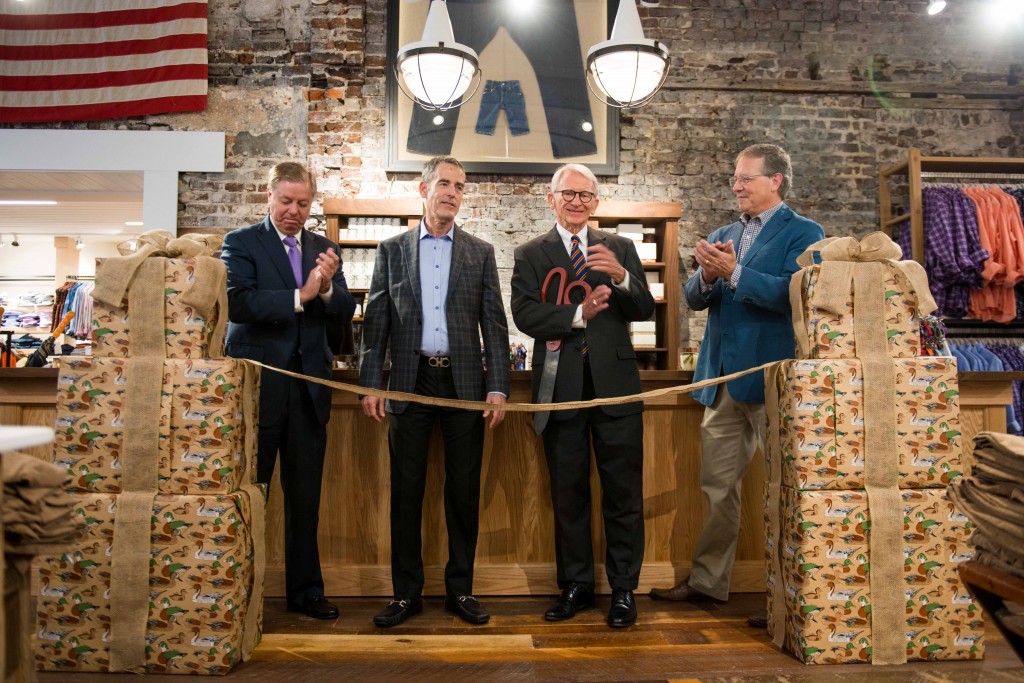 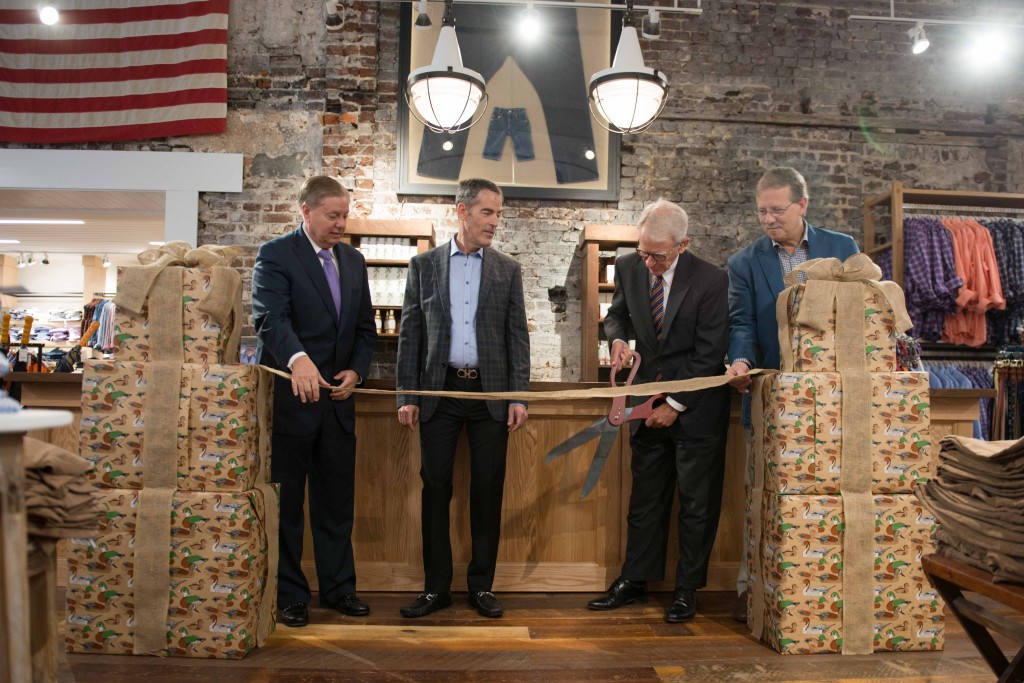 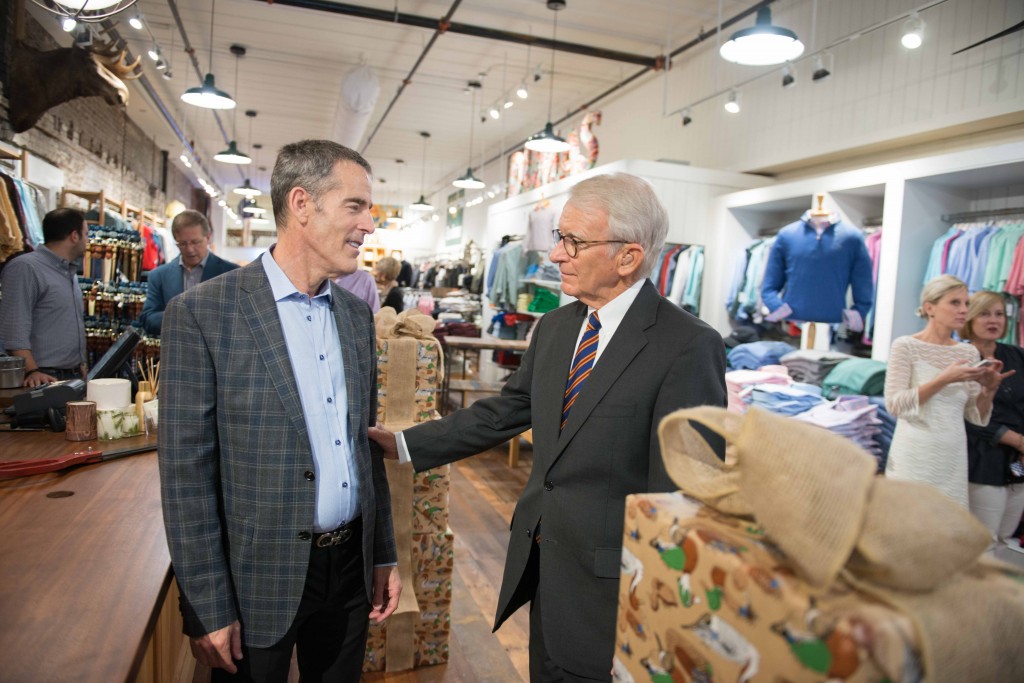 What was your vision for M. Dumas post-renovation?  Our number 1 goal was to make it easier for our customers to shop at M. Dumas, while maintaining the comfortable, authentic feel of the store. Preserving the “at home” feel that M. Dumas customers expect was a critical part of the plan. 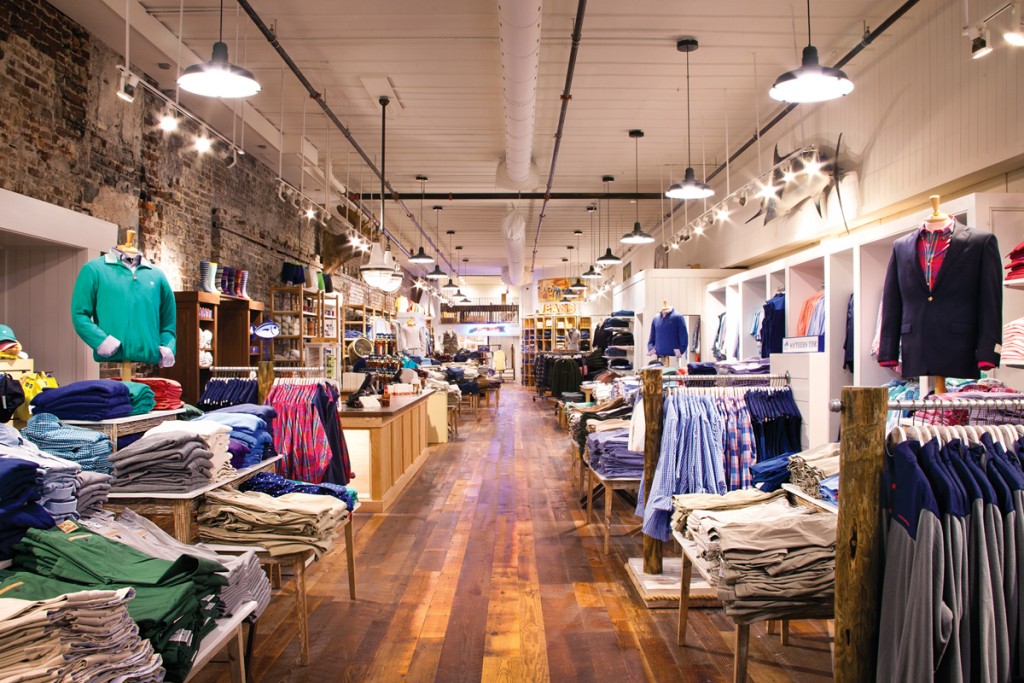 What type of guy is an M. Dumas customer?  We have such a wide range of customers, we cannot describe one ‘guy’ and hit the mark. Often, a grandfather, father and son will come in together. Groups of college students often stop by as do businessmen, those looking for outdoor apparel and even those looking for denim or more contemporary clothing. And when we re-introduce women’s apparel this spring, we expect we will see a lot more women in the store other than those that are buying for the men in their life.

Why is Charleston such a good backdrop for M. Dumas?  M. Dumas is Charleston! Our business has evolved with Charleston, which is why we have such a strong following from Charlestonians and from thousands of customers from around the globe. 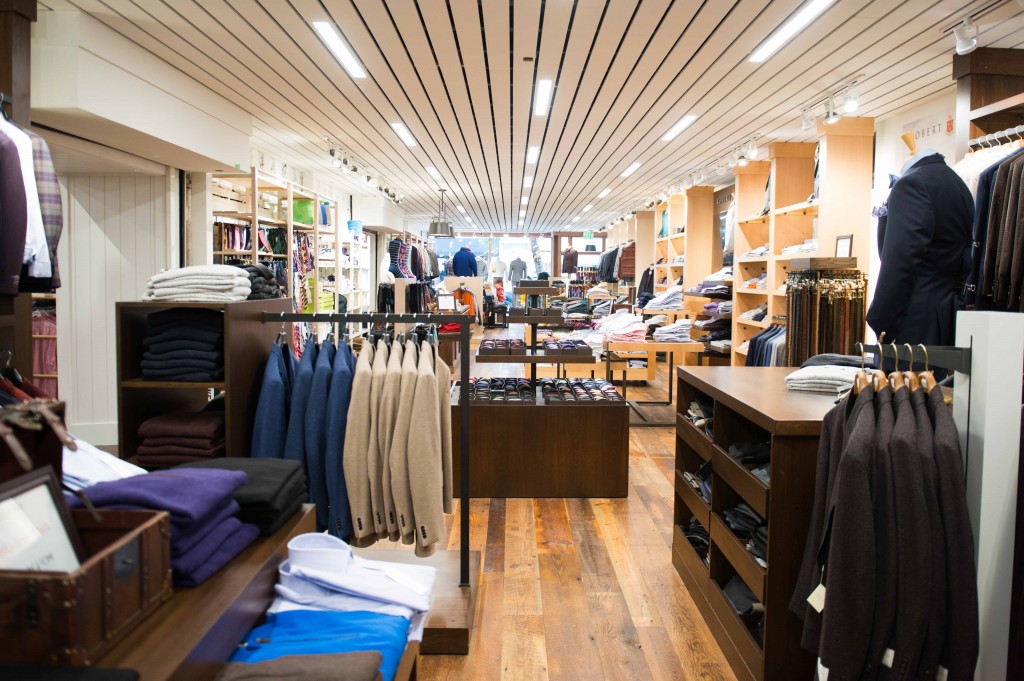 How have you seen Menswear and your customers evolve over the last 10 years?  We have seen men start to define and refine their own personal sense of style which is very exciting for a retailer. We love the classics as much as anyone, but it is exciting to help customers discover new brands and styles!

What is your favorite thing at M. Dumas?  Expert customer service and attention to detail provided by our outstanding team has been a hallmark of this business and continues to be something we are proud of and very focused on providing for years to come.

M. Dumas and Sons is located at 294 King Street at the corner of King and Society.  Be sure to stop in next time you are in Charleston.  In the meantime, give their Instagram a follow and their Facebook a like.  Their website is worth a look as well.