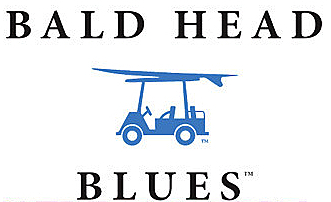 I was introduced to Bald Head Blues by a buddy of mine, and was immediately intrigued.  They a great, casual style that seems very Atlantic Coast meets country club meets morning tee time.  While I’m not a big logo guy, I do like the unassuming approach that Bald Head Blues has taken, as it’s very appropriate for the company roots.  Founder Claude Pope was nice enough to do a little sit-down to give some details on his company.  I think y’all will like it:

What is the history of Bald Head Blues?  I started working on the concept for Bald Head Blues 3 years ago. We launched the Flagship Retail store April 18th 2014. Last weekend was our 1year Anniversary – BBQ party. Over 300 people showed up for the celebration, and we had a blast. There was slow roasted Eastern NC BBQ, cold beer, hush puppies and coleslaw.

What does “Bald Head Blues” mean, and what is the story with your logo?  One of the most compelling and unique aspects of Bald Head Island- NC is that it’s a “golf cart only’’ Island. Most houses are equipped with 2 or 3 golf carts. Islanders will strap their surfboards, paddle boards, beach chairs with bungee cords to the top of their golf carts and head to the beach- our logo was derived from this iconic image. The golf cart only transportation system defines an experience found nowhere else.

There are over 1500 houses on the island- a beach club, a top ranked golf courses in NC, wonderful beaches, and great fishing- It is the perfect family Island paradise.

The Island is also very historic to our Country- BHI is positioned at the mouth of the “Cape Fear” river, and “ Fort Holmes” was used for 100 years by US soldiers during the Revolutionary War, and Civil War to protect the port of Wilmington from the British Soldiers, and the Union Soldiers respectively. There are Legends of Black Beard ship being ship wrecked, and one of the oldest lighthouses in America -1811. 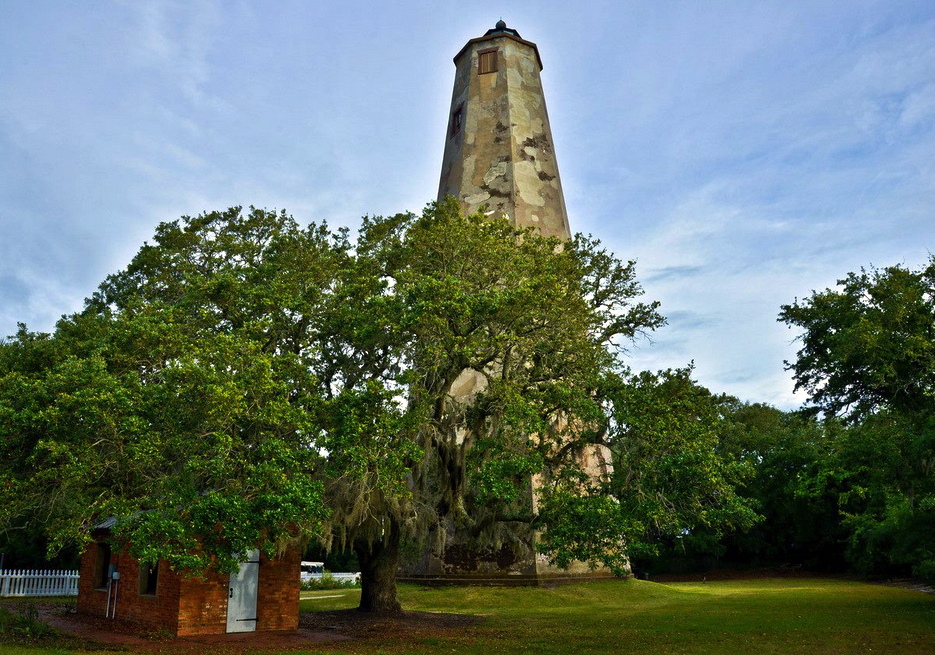 We came up the name for the Brand from one of our favorite Island colors- Nantucket Red.. We said it would be cool if we could have our own color Blue for Bald Head Island- thus we created a pantone reference color for Bald Head “Blue”- Our blue shorts are Bald Head Blue- and They are meant to fade just like the Nantucket Reds.

What is the philosophy of Bald Head Blues?  Our Tagline for Bald Head Blues is “Clothing for Coasting”. This is a play on words. We “Coast” around in the golf cart on the “Coast” of North Carolina. 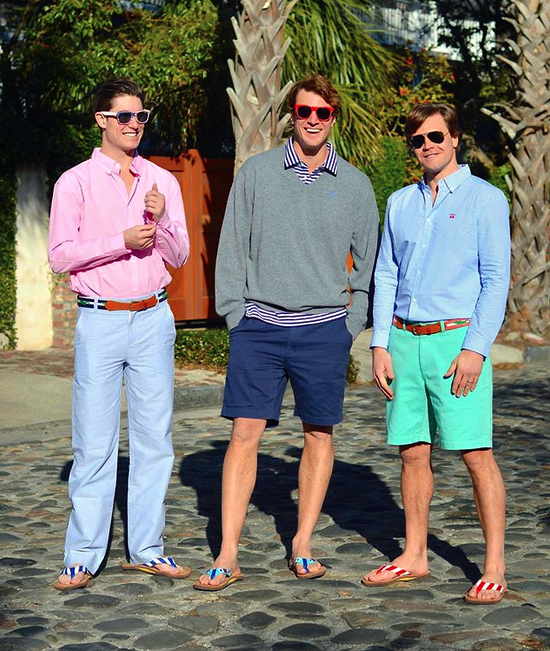 What kind of guy is a Bald Head Blues customer?  The kind of person that we market too is one who loves the beach- We are a preppy coastal beach and golf brand. We are taking everything that is cool and fun about surfing and mashing it up with everything that is cool and fun with golf. Our logo is the perfect mixture with golf cart and surf brand. We use only the finest Peruvian pima cotton to make our polo shirts. The fabric is soft, thin to the touch, and breathes remarkably well. BHB is meant to be worn to the country club, the pool, the office, the beach, a cocktail party, and it is a way of life. Wearing Bald Head Blues transports you to a place we all long to be, no matter where we are right now.

What do you like to do outside of Bald Head Blues?  Before I started this brand I was a professional golf caddie. I traveled all across the US and worked at some of the top ranked courses in the country. I started my caddie career at the Kiawah Ocean Course for 3 years during my time at the College of Charleston. In the summers I worked at the Vineyard Golf Club in Marthas Vineyard and the Maidstone Club in East Hampton NY. After a few years of seasonal North and South travel I decided to give a go and head East to West. I drove across the country from Long Island to Cypress Point Club located in the gates of Pebble Beach CA. I had 2 wonderful years in California including a year spent in sunny LA at Bel-Air CC. When you are a caddie- you are working for very successful people- they are small business owners, pro- athletes, corporate executives, movie stars or titans of Industry. I learned how to relate to these people on and around the golf course. Everyone is different- Its important to read your player and know what makes them tick. It is also important to listen to what drives the most successful people in the world. I was able to spend 4 close hours with the people like Charles Schwab, Pete Sampras, Steve Kroft, Clint Eastwood, Julius Erving, Bradford Freeman, John Boehner, Josh Duhamel, Thomas Keller, and many more. I learned so much from caddying for these people and I use that knowledge to drive to my success with Bald Head Blues. 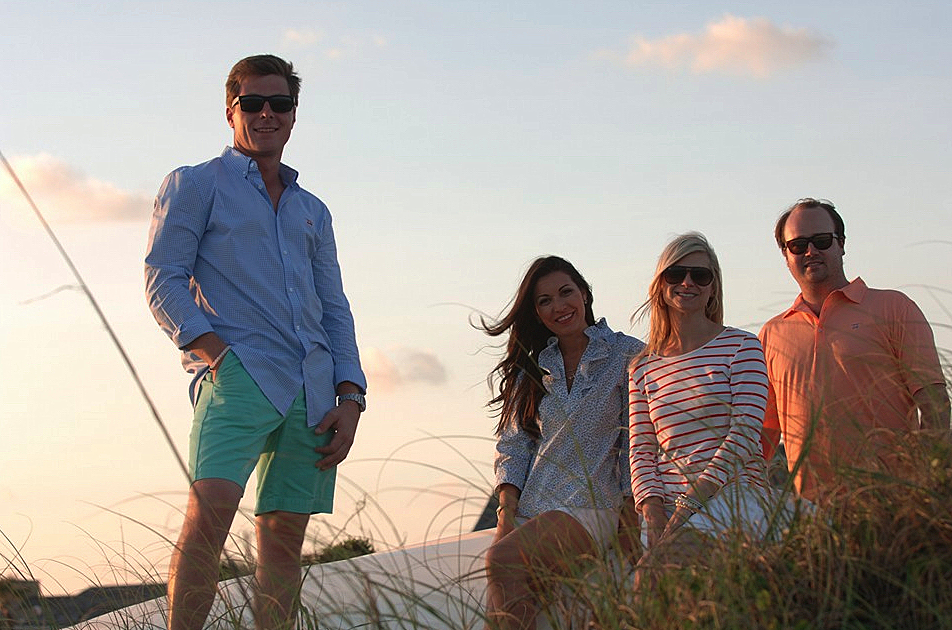 What is playing on your Spotify playlist?  I have a wide variety of musically interests. I listen to 80s music mostly Pandora One – Ad Free radio- when getting ready to go out… Steve Winwood, Robert Palmer, Genesis, Prince, Depeche mode stations- I love the uncertainty of randomly generated play lists.

When I am driving on road trips I tune into XM radio – the Grateful Dead station gets a lot of burn. I do the same for the Pearl Jam station 22, and Classic Rewind 25. Always XM in the car.

Claude was nice enough to send me a few shirts to wear around this Summer, so I’ll report back in a couple months after I’ve taken them through the gauntlet. 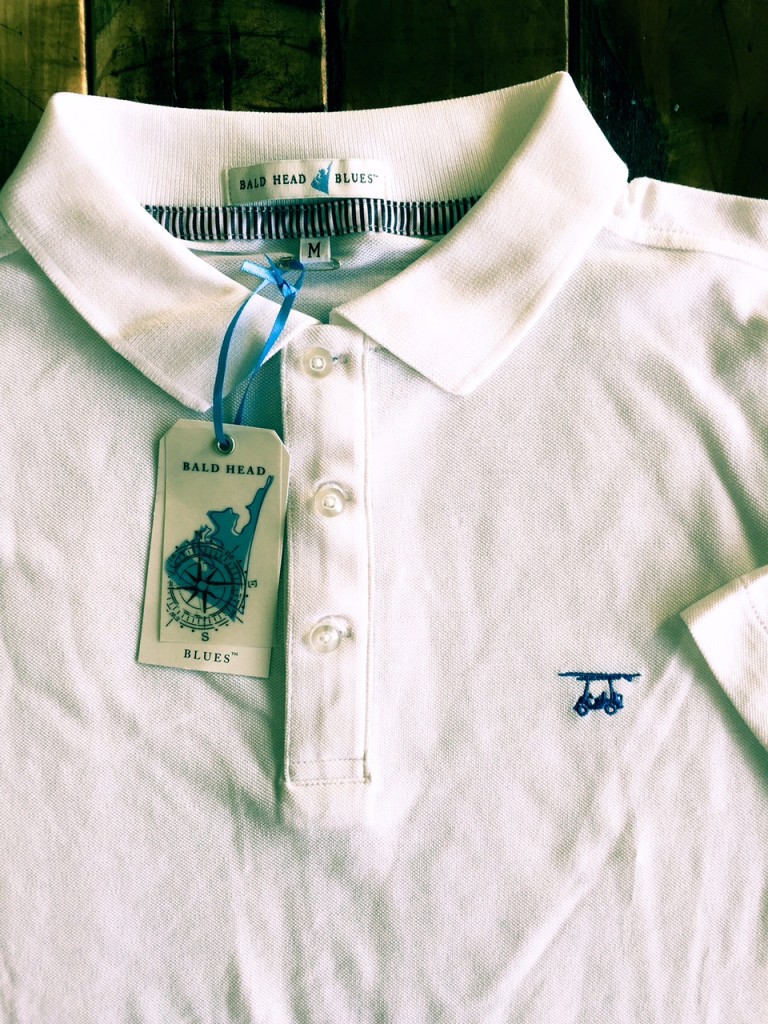 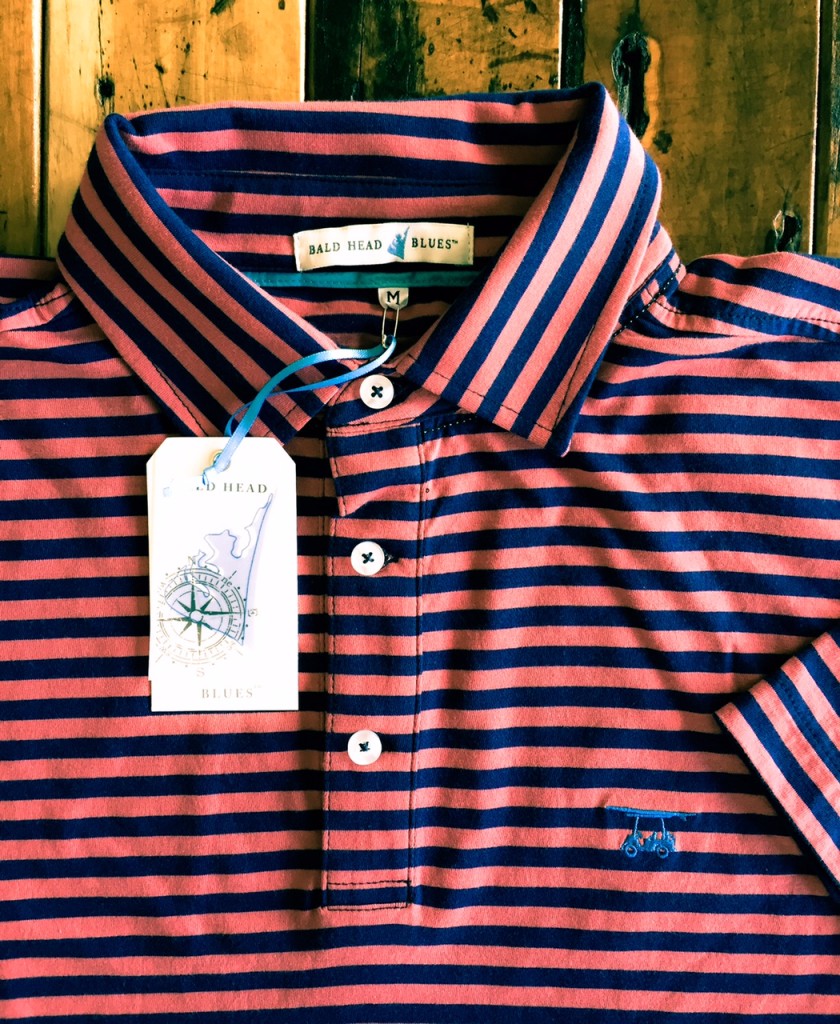 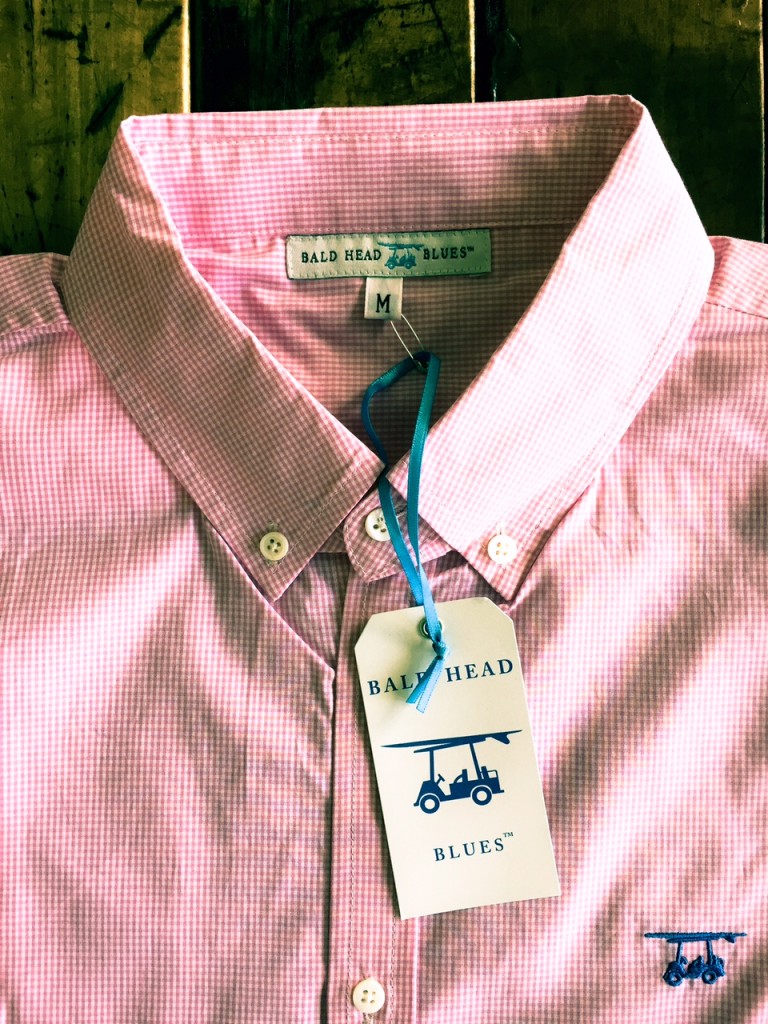