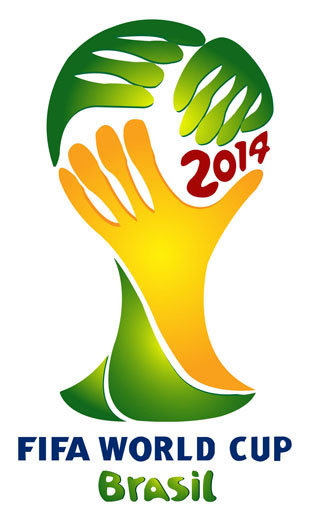 The good folks over at Onward Reserve and I were talking the other day, and they asked my opinion on how Americans should watch the World Cup.  Actually, it’s a great question.  Here we go:

Honestly, this is the biggest sporting event in the world.  This year, the host country is Brazil, which makes sense, as they have won the thing five times.  The World Cup consists of 32 teams that play in a round-robin tournament where each team plays the other three teams in their same group (there are eight groups).  The top two teams from each group move on to the next phase.  It’s done on a point system, where three points are awarded for a win, one point is awarded for a tie, and zero points are awarded for a loss.  The knockout phase is a single elimination tournament where teams play each other in on-off matches.  It starts with a round of 16, and the winner in each group plays against the runner up of another group.  Finally, the quarterfinals, then the semi-finals, the third place match, and the final match.

Now, here’s how to watch it.  First and foremost, there is no way you should miss a USA game.  You’ll know when they play because ESPN is promoting it more than anything LeBron (which is in itself shocking).  When watching the USA games, show some pride.  Wear red, white, and blue.  Paint your face.  Drink Budweiser.  As for the seemingly million other games, catch what you can, but after five minutes and a strong desire to turn the channel, fight it.  For all practical purposes, these are the best athletes in the world, and their skill at soccer is unmatched.  It’s really a sight to see – everything from their skills on the field as well as their Bill Laimbeer-ing fake injuries.  It’s magical.

Now, let’s be honest.  The USA is not going to win the World Cup.  We rarely make it out of the first round.  Why?  Well, our opinion is that for every other country in the world, their best athletes play soccer (or ‘football’ in their country).  Our best athletes don’t play soccer.  Instead, they play real football, basketball, and baseball.  What if it were different?  What if our World Cup team consisted of the likes of RG3, Barry Sanders, Herschel Walker, Bo Jackson, Neon Deion Sanders, Larry Bird, Michael Jordan, and Derek Jeter?  It’s safe to say that we would whip some serious ass.

So who’s going to win?  Well, all the major countries are getting quite a bit of hype this year.  Defending champion Spain has already been eliminated, much to the surprise of nearly everyone (including Chileans).  The Netherlands, Germany, and Argentina are getting a lot of chatter, but the major favorite is Brazil, who happens to also be the host country.  We’re going to go with the experts on this one and say that the championship trophy stays at home.

They liked it so much they ran it in their Gazette…thanks so much.  As for where I’ll be watching – with my buddies at Chubbies at the Big Sky party.  Sha-BOOM.