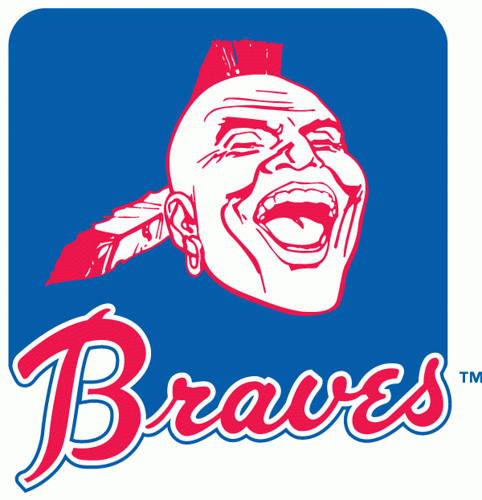 I’m an old school Braves fan.  I was born and raised in Atlanta, and endured the Braves back in the day with Dale Murphy, Bob Horner, Bruce Benedict, Glenn Hubbard, and Chief Knockahoma.  We were awful.  The Braves were constant cellar dwellers, but thanks to TBS’s cable deal, they became America’s team.  Some of my earliest childhood memories were going to Atlanta Fulton County Stadium with my brother and my dad to watch the Braves.  Honestly, we didn’t care whether the Braves won or lost.   All my brother and I remember is being in that huge stadium that was like a second church to us. 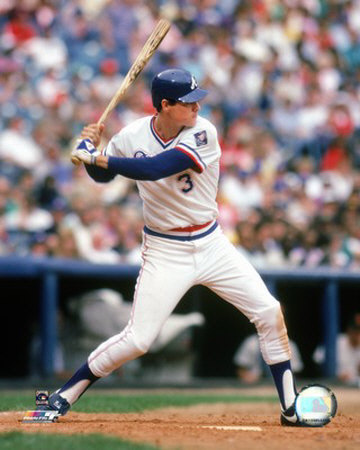 Then 1991 happened.  Through some great signings and some excellent player development, the Braves went from worst to first, and took home the National League pennant.  The Braves ended up losing to the Minnesota Twins in the World Series that year, but it was the first of a string of pennants that we’ll never see again.  Tom Glavine was the ace of the staff that year, leading the Braves with 20 wins.

Here in Atlanta, former Braves pitching coach Leo Mazzone is on the morning show on the sports talk station 680 The Fan.  He tells the story about Tom Glavine’s dominance during Game 6 of the 1995 World Series vs. the Cleveland Indians.  According to Mazzone, Glavine was untouchable through the first three innings, and when entering the dugout after the third, told his teammates “All I need is one run from you guys tonight”.  Glavine went on to pitch eight innings, giving up only one hit.  With that win, the Braves won the 1995 World Series, and Atlanta rejoiced. 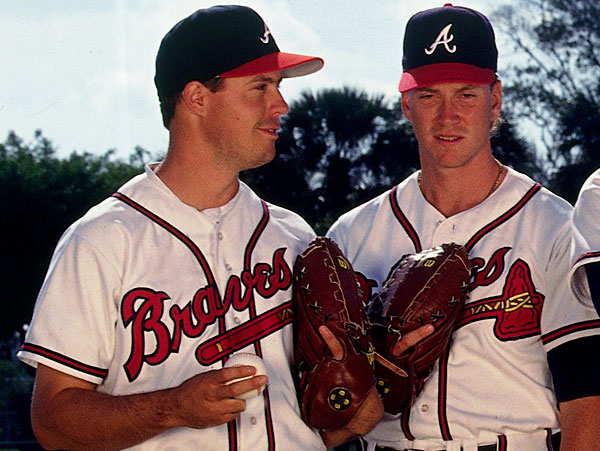 In 1993, the Braves signed RHP Greg Maddux.  While it’s hard to say that he was the #1 (with Glavine on the staff as well), his artistry as a pitcher was unmatched.  I don’t think he ever threw the ball more than 85 mph, nor did he ever pitch over the white part of the plate.  He was a master at painting the corners.  I remember watching hitters try to figure him out.  It was the equivalent of a chess match, and it seemed that Maddux won before most batters ever stepped in the box.

In June and July of the 1995 Braves World Series year, Greg Maddux pitched 51 straight innings WITHOUT ISSUING A WALK.  Think about that for a second.  51 innings.  He won his consecutive Cy Young award that year…the icing on the cake was that they were both unanimous.

Yesterday it was announced that Tom Glavine and Greg Maddux are going to be inducted into the Baseball Hall of Fame.  What’s more: they were both voted in (by a wide margin) on their first eligible ballot.  There couldn’t be two finer Braves to grace Cooperstown with their presence.  Joining them this year is Braves manager Bobby Cox.  If Bobby didn’t embody what the Braves were all about in the 90’s and 00’s, then no one did.  Hard work, fundamentally focused, extremely loyal.  The rumor around the league at the time was that EVERYONE wanted to play for Bobby.  I can understand why. 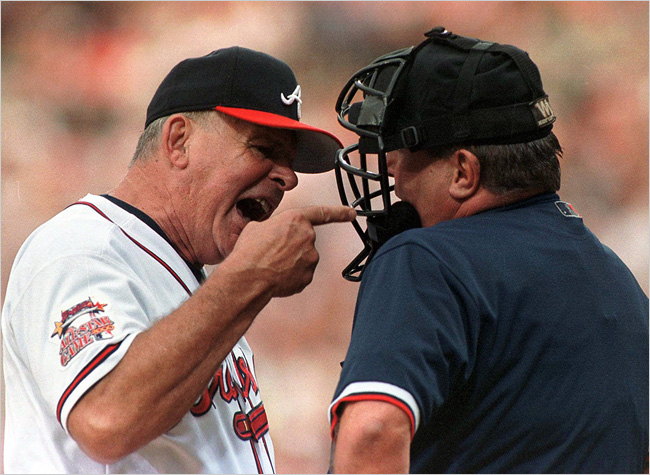 My heart is full.  I am so proud to be a Braves fan.  We’ll never see a run like that ever again in baseball.  No way.  What those Braves gave me as a fan I will never be able to repay.  Beyond the wins and the pennants, the Braves became intertwined in the daily conversation with my dad and my brother, and for that, I’ll be forever grateful.  Will be even better is when Smoltz and Chipper join them in a couple years.  Anybody want to bet that either of them won’t be first ballot Hall of Fame guys?