The Atlanta ‘spirit’ landscape is about to change.  In a big way.  The damn good folks behind American Spirit Whiskey are opening up the ASW Distillery to the public this weekend.  You probably saw the mention late last year, and with great anticipation, the doors are finally unlocked.

You’ve seen breweries, but you’ve never seen anything like this. 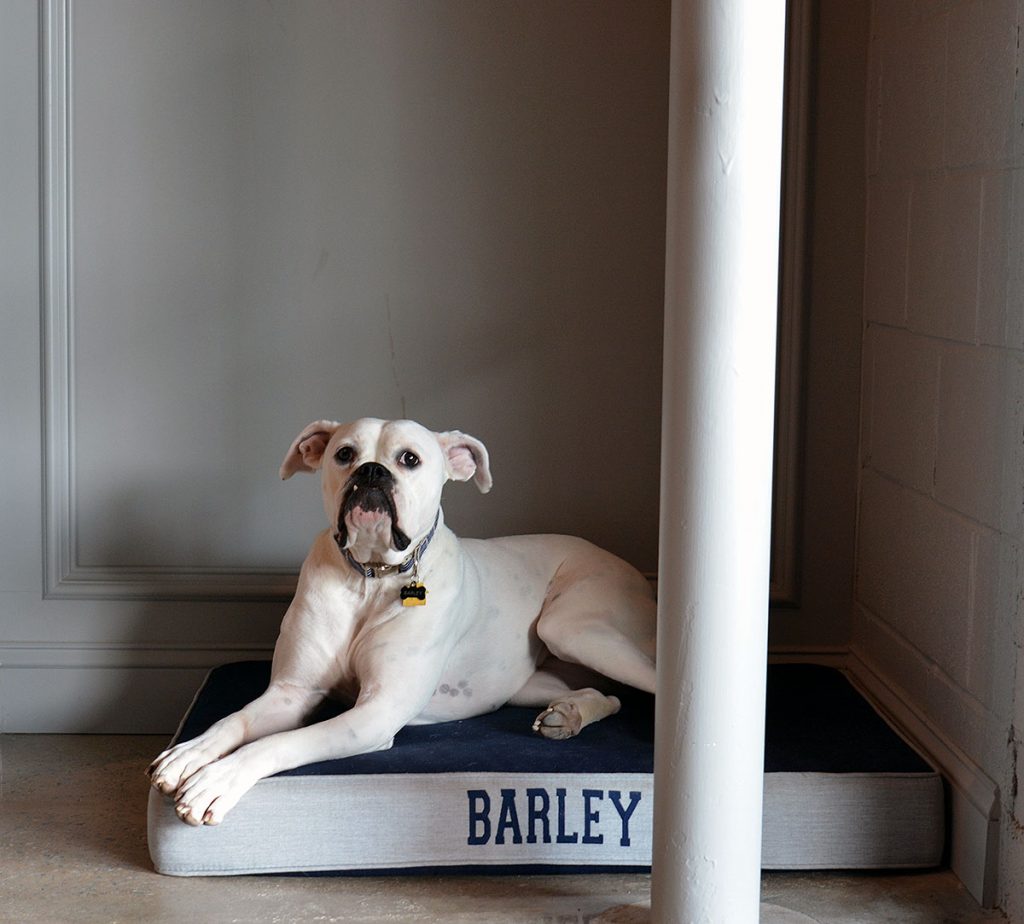 They were nice enough to ask me to come down and take some pictures to share with you readers.  I didn’t shoot everything, as I didn’t want to give it all away.  Barley, the inspiration behind the ASW logo, may be hanging out…he’s holding it down.

My first impression of the distillery is that it has a very authentic feel.  There isn’t a ‘trying to hard’, or overdone feel that a lot of tasting rooms go for, nor a pretentious feel.  These guys know whiskey and are letting it do the preverbal ‘talking’.  The highlight of the room is the bar: 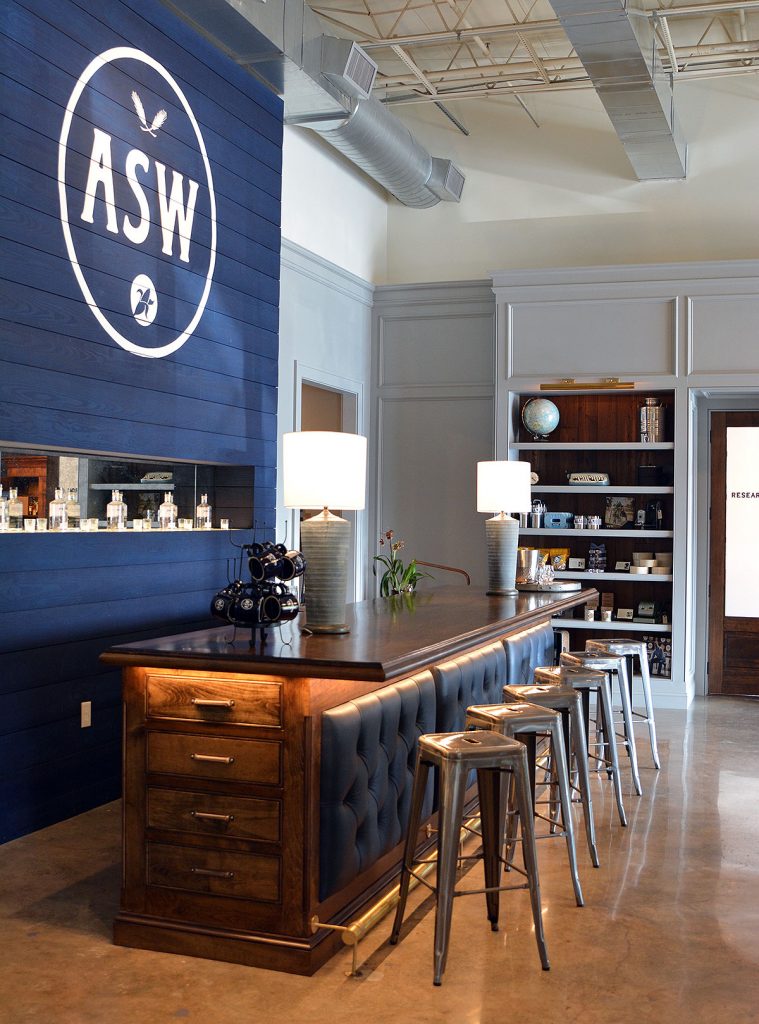 The space is big.  In fact, they are hosting a wedding in the tasting room.  Perfect for about 35-40 folks.  Next door is the Stave Room, which is an event space.  More on that in future posts.

This is not the still that makes American Spirit Whiskey: 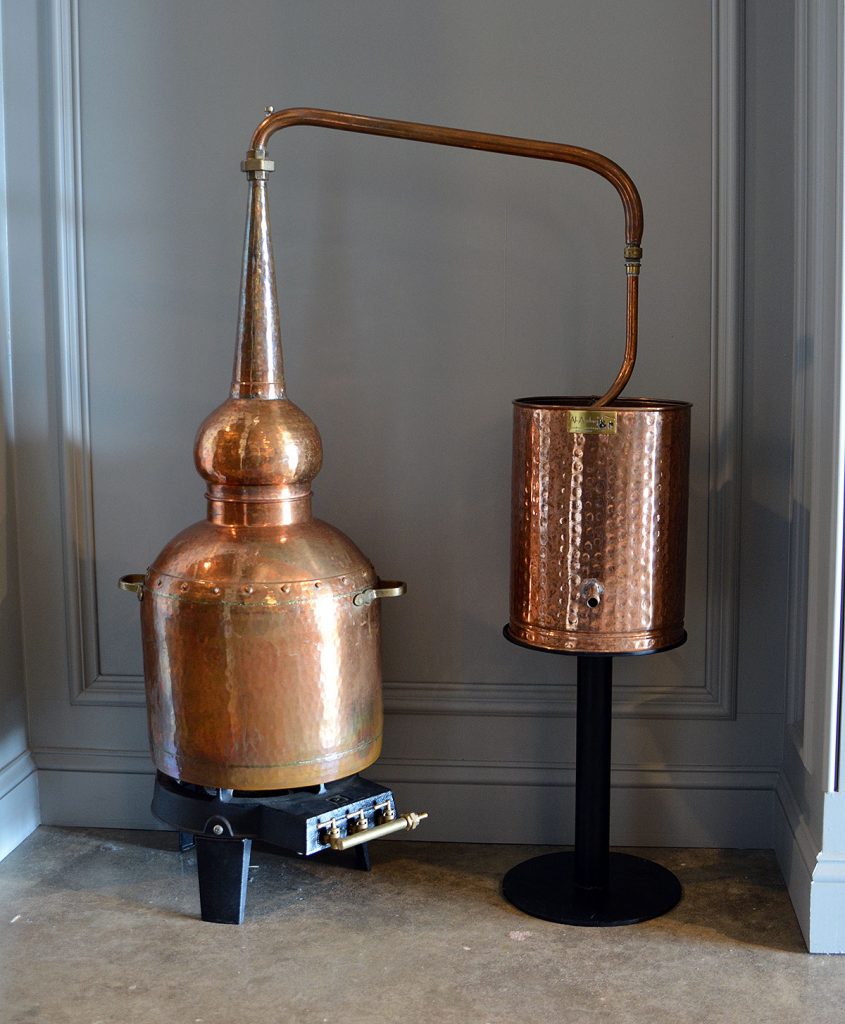 Instead, the two massive copper stills are on site.  You won’t believe them when you see them.  Out of respect for their beauty, you won’t see a photograph here.  Instead, go down to the distillery and see them. 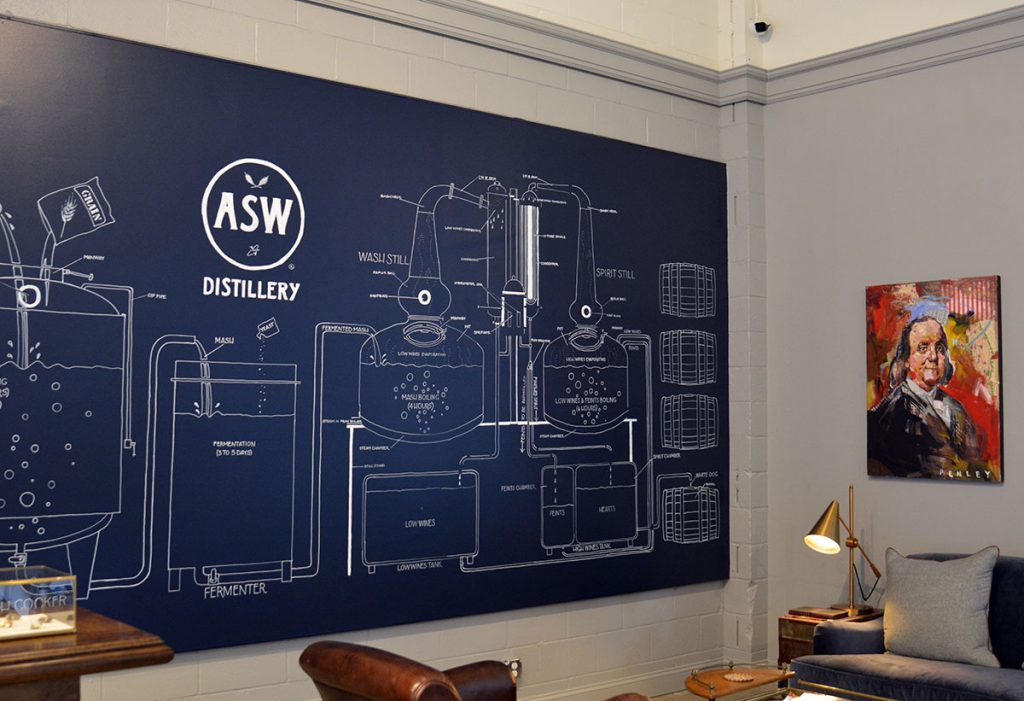 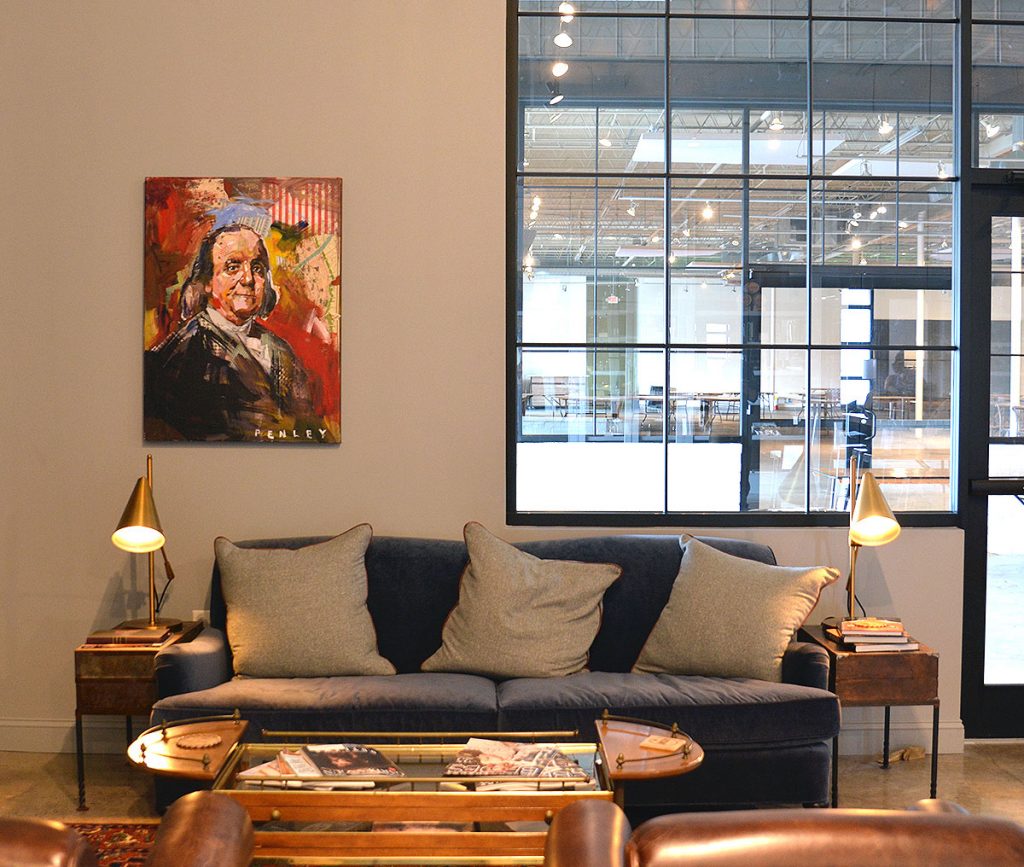 A great touch inside the space is the retail aspect.  KSCreative helped source an design ASW’s retail, featuring locally made products such as hats and shirts by Southern Proper, and as well as all sorts of whiskey-appropriate goodies. 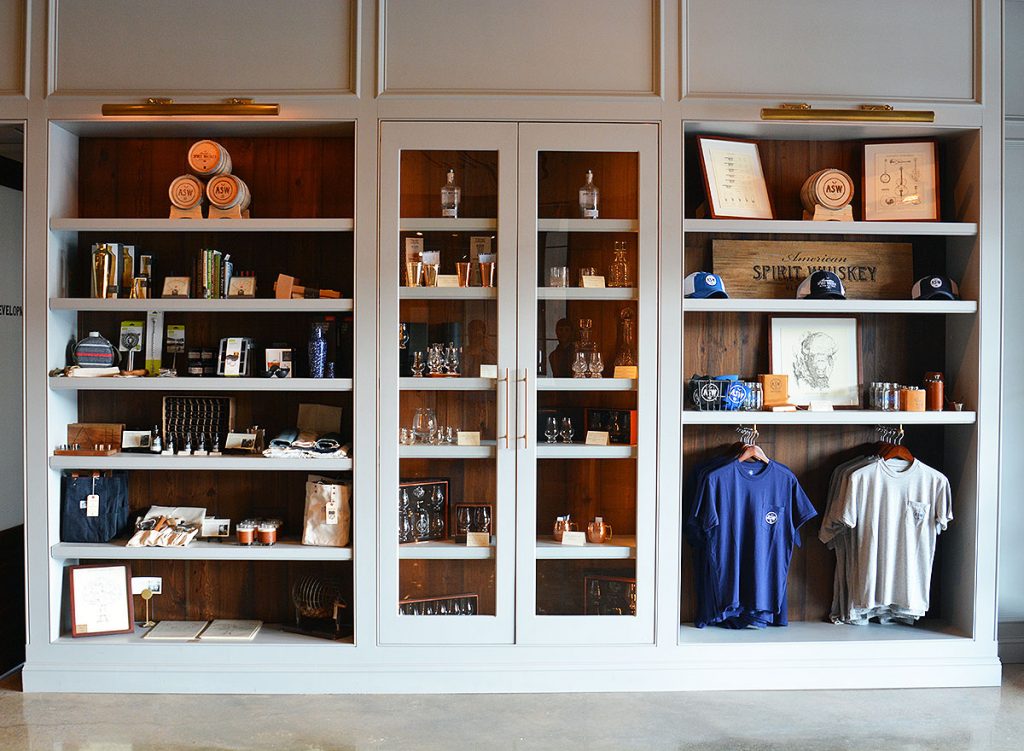 …and some goodies for your four legged friends: 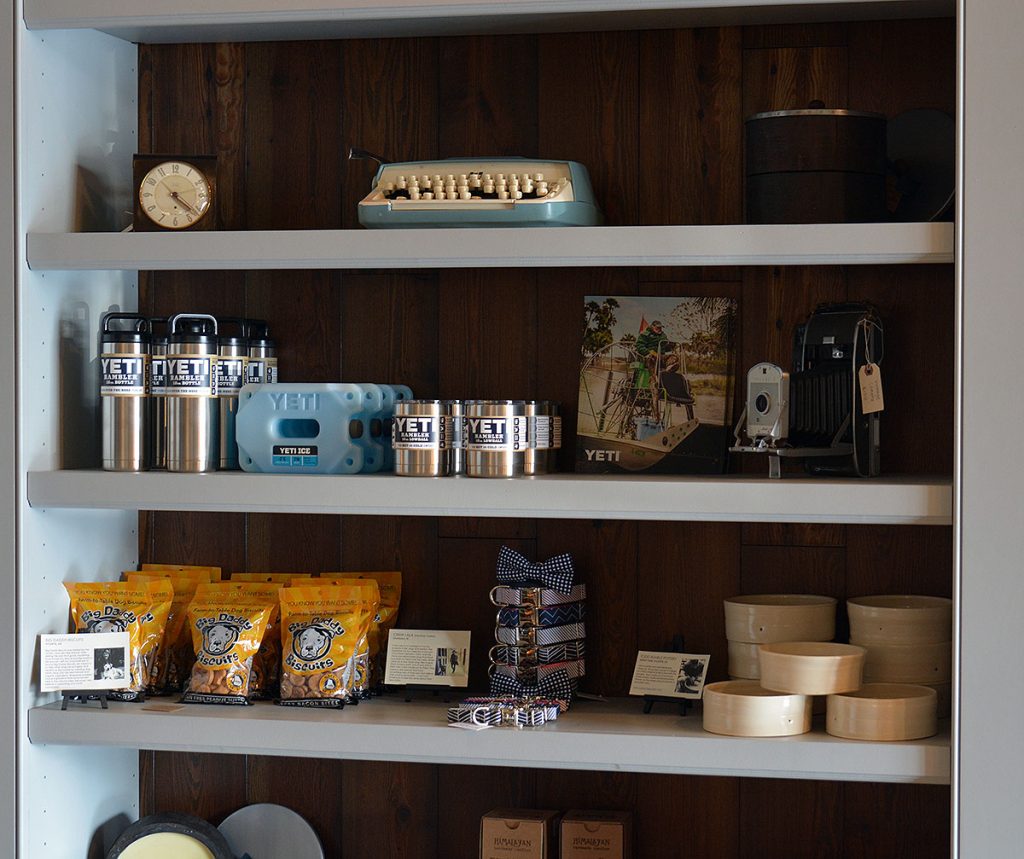 Yeah, shake what your mama gave you…this is the coolest shaker I’ve ever seen… 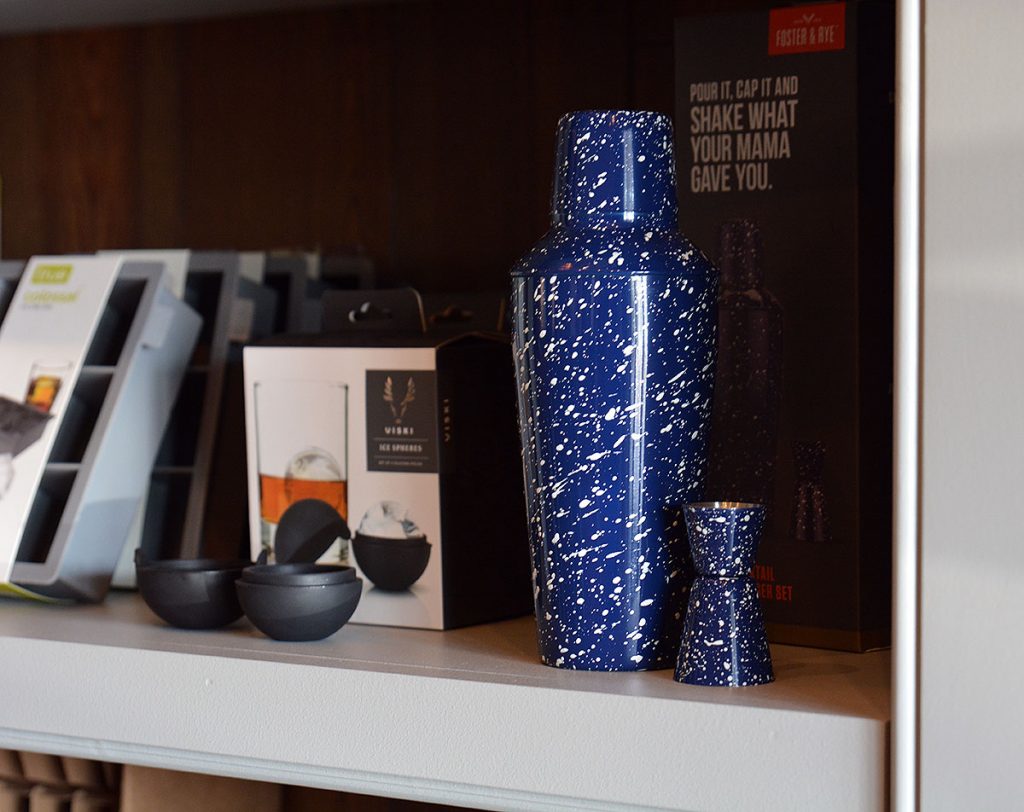 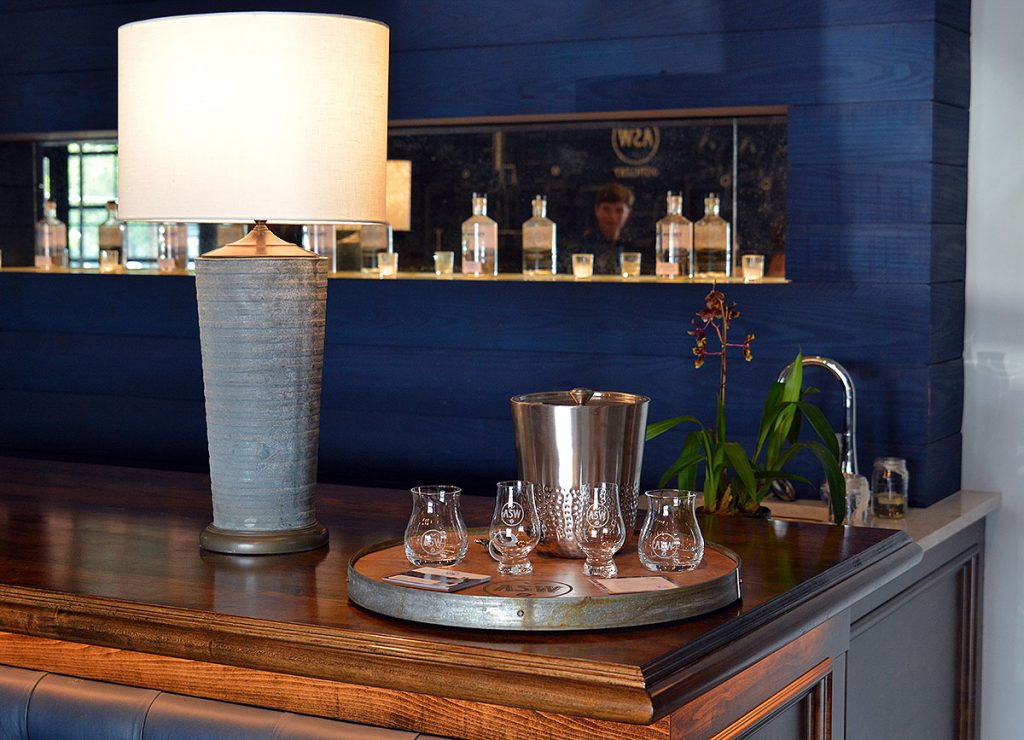 The offices are outstanding.  While it may be called the ASW Distillery, but it also functions as the global headquarters.  I did get a peek behind the doors… 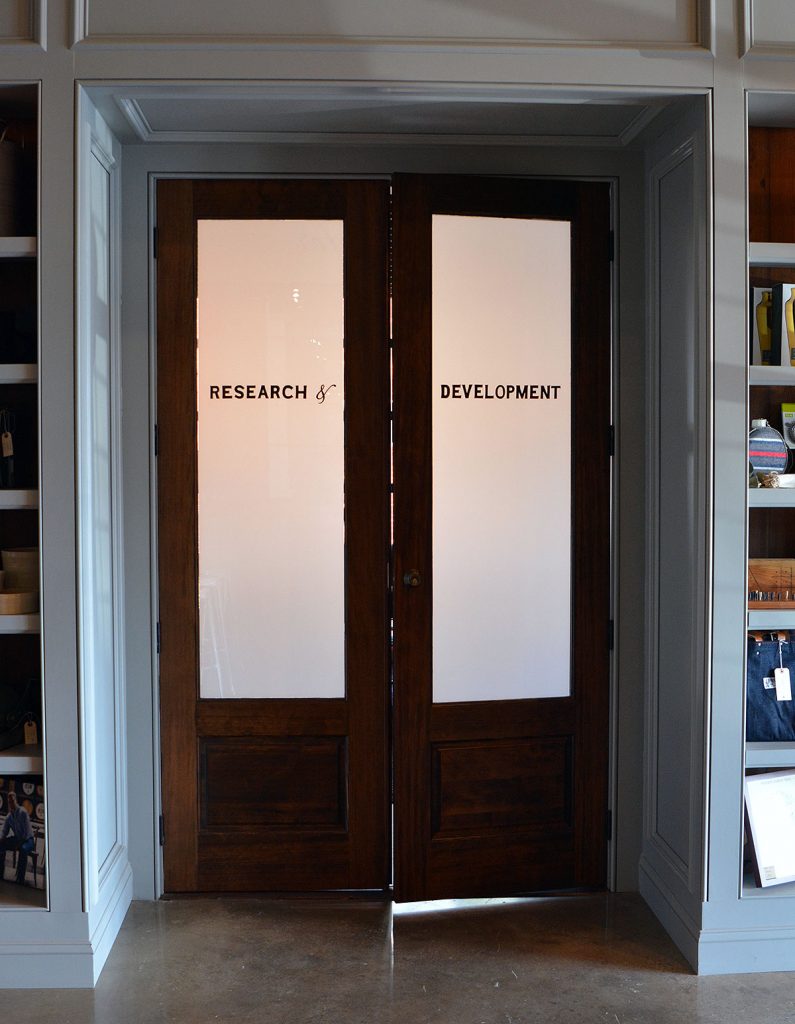 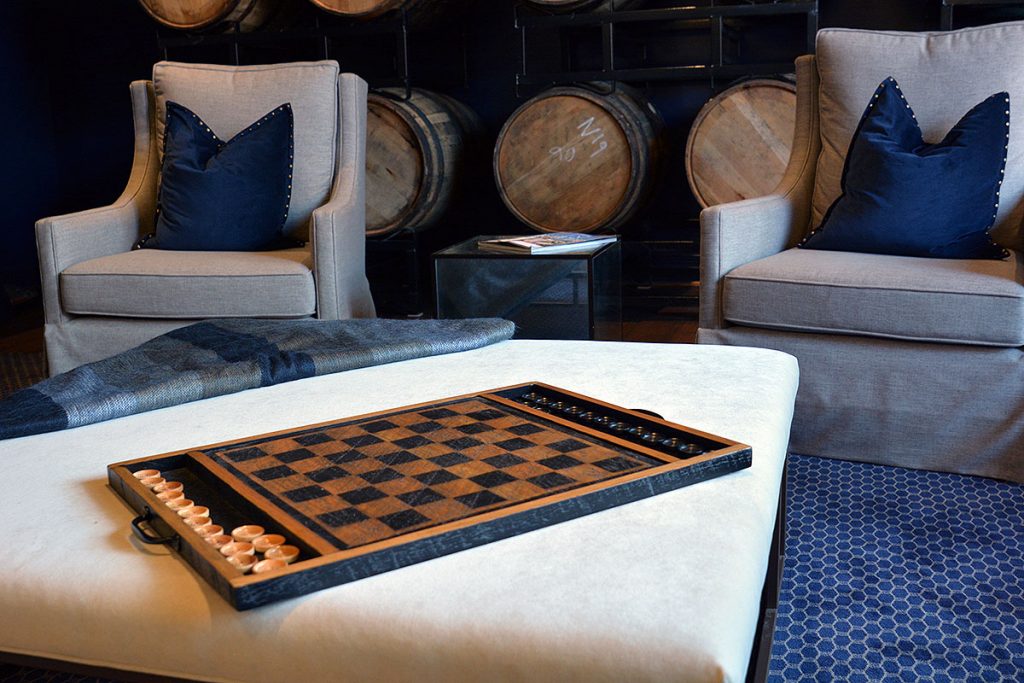 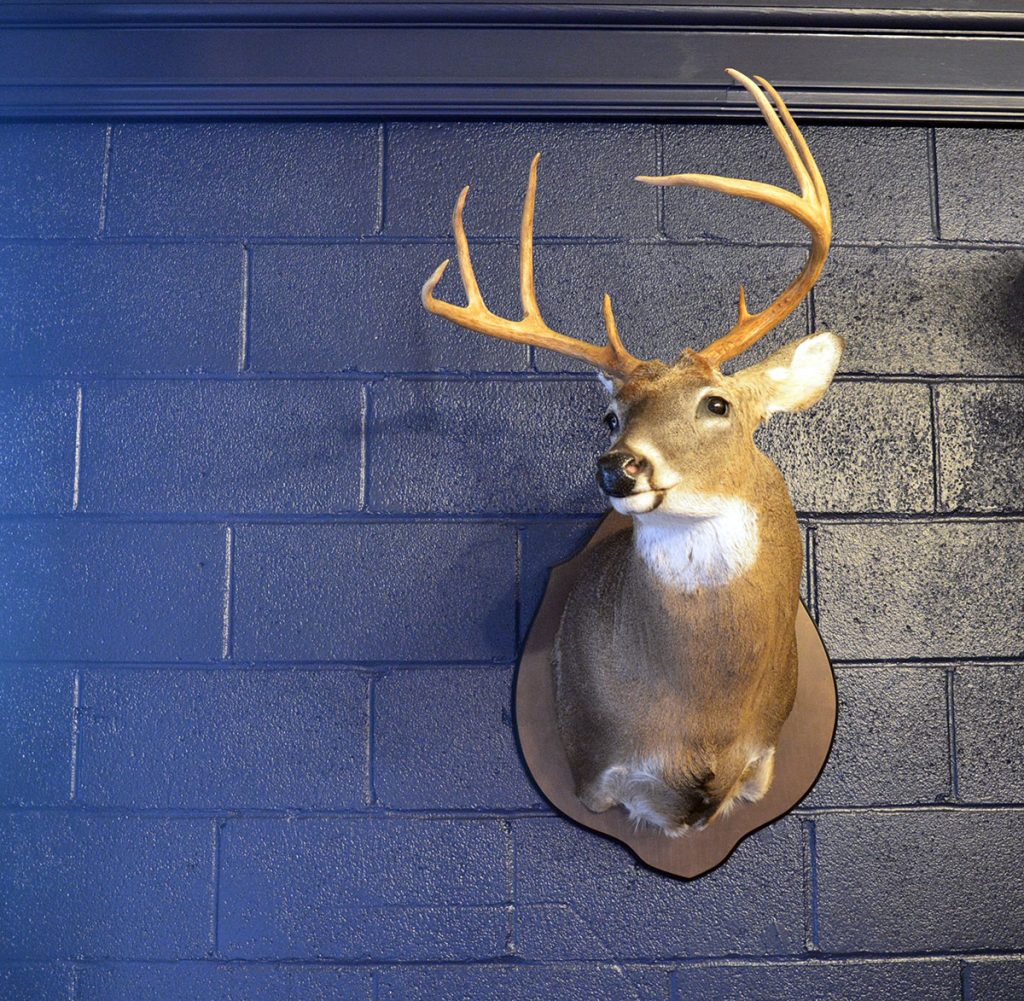 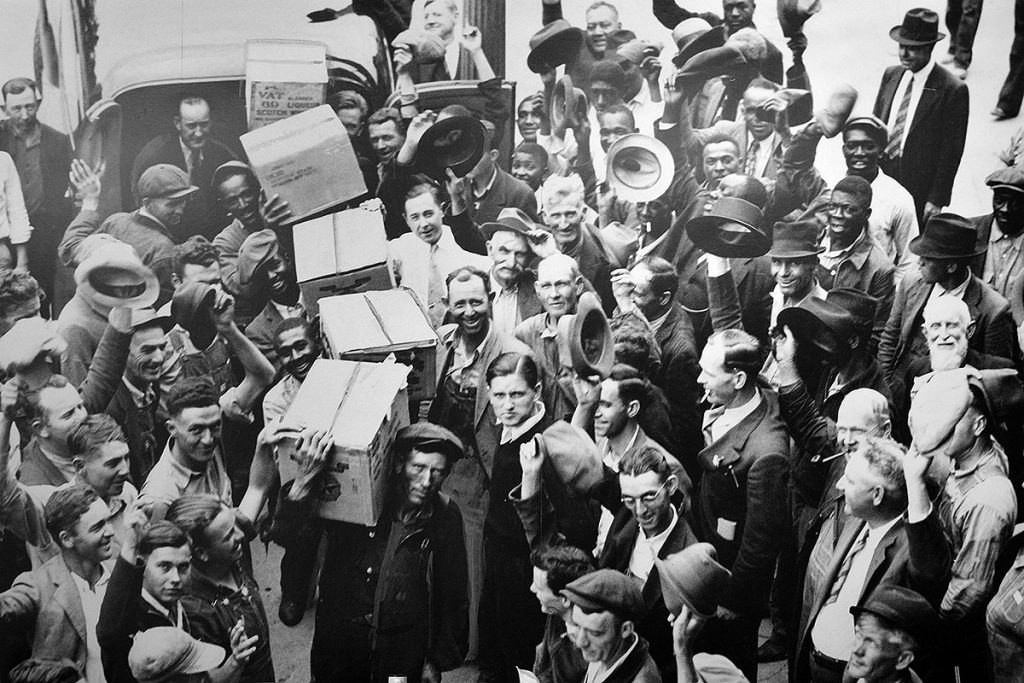 This is worth it, folks.  These guys and gals know whiskey, and will ensure that you have a good time.  Go see them.  Tell them I said hello.