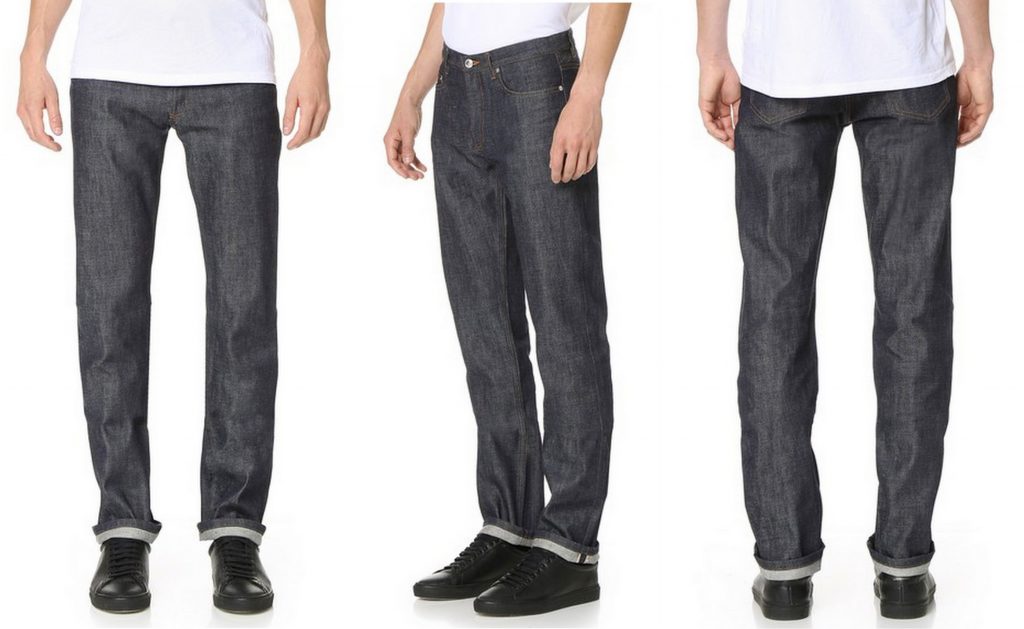 We’ve all had the ‘last meal’ conversation.  That mentality applies to just about everything.  For me, when I think of jeans – especially in a dressier, office, date, or respectable environment – my go-to is my pair of A.P.C. New Standard Indigo jeans.  I was first introduced to A.P.C. at Sid Mashburn, and have been a fan ever since.

The honest truth is that I have a bunch of jeans, but these are my absolute favorite.  They are basically a ‘classic fit’, or maybe a bit trim cut, but by no means slim: 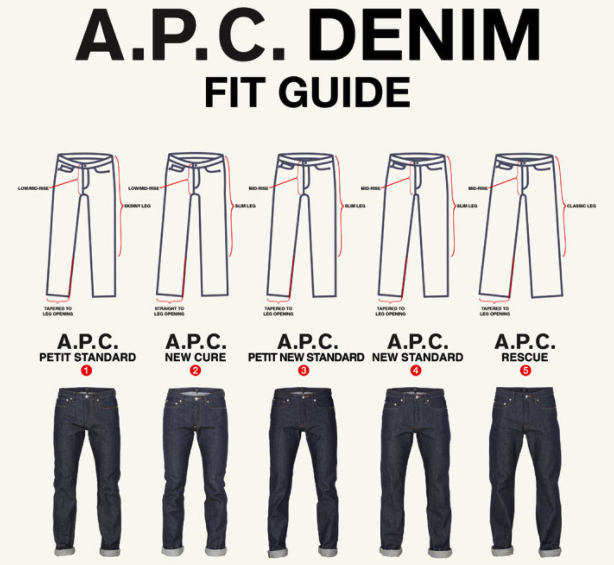 I took my pair and had them professionally tailored from the pockets down so that they ended with my preferred 7.5″ leg opening.  Since then, mine have gotten at least 2-3 wears a week.  There is something about the A.P.C. indigo denim that isn’t like other jeans.  It has almost a sharkskin quality that breaks in so well…check out the fade pictures in Google Image Search (“apc new standard jeans”).  They also don’t bleed indigo dye on everything they touch.

Not to mention that the price point is great.  They are offered for $185 a pair at East Dane, which is a lot less than other, comparable selvedge denim.  Be sure to order 2″ smaller than your normal waist size as they will stretch out after a few wears.  Other than that, they won’t expand too much, and before you know it, you’ll have a second skin. 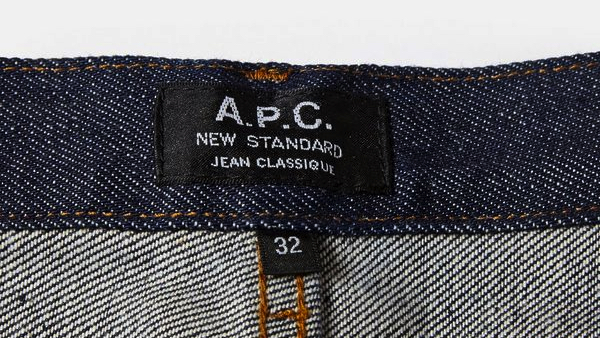 In all seriousness, there’s a good chance that a few pairs of unworn denim might be foregone for a new pair of A.P.C New Standards.  They are just that good.  These and a few pairs of Levi’s, and I’m pretty much set.