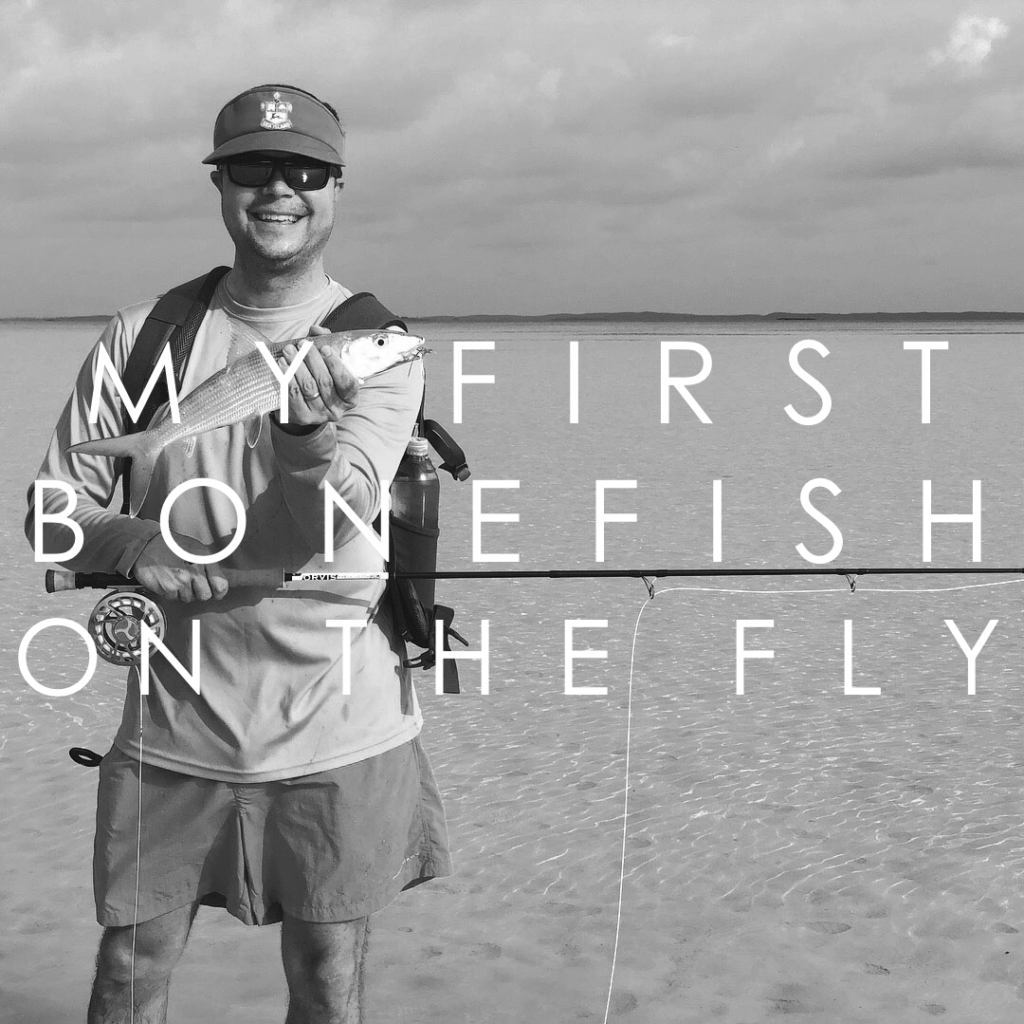 A few weeks ago, my wife and I took a trip down to our favorite place on earth: Harbour Island in the Bahamas.  It’s a very special place to us: we got married there in 2014, and go back each year.  Since this trip was just the two of us, we decided to schedule some bonefishing (Mrs. RCS is a really good fisherman).  We booked two local guides and prayed for good weather.

The long and short of it: the trips with both our guides weren’t that great.  I don’t blame them, as it was mostly cloudy and pretty windy, and we didn’t really see a lot of bonefish that were actually catchable.  They’d be 40 yards off, and always seemed to be moving away.  We tried it all: fishing from the skiff, walking the flats, and fishing the docks…whatever we could do to tempt those bones.  Nada, though we did share some cold Sands after the trips.  They both worked hard for us, and even though we didn’t catch what we were after, they taught us several invaluable lessons.  Don’t cast too close.  Don’t spook them.  Short strips.  Strip set.  Keep your damn tip down when you set him, and then Let ’em run…  All I needed was a fish within reach.

When you Google ‘Harbour Island Bahamas’, several of the first images that come up are of the iconic white tree in the middle of endless flats.  The good part about that tree (and the flats around it): it’s easily accessible, and there are bonefish.  I treated myself to a 9ft 9wt Helios 3D earlier this year, and packed it along with all the necessary gear to see if we could find some grey ghosts. 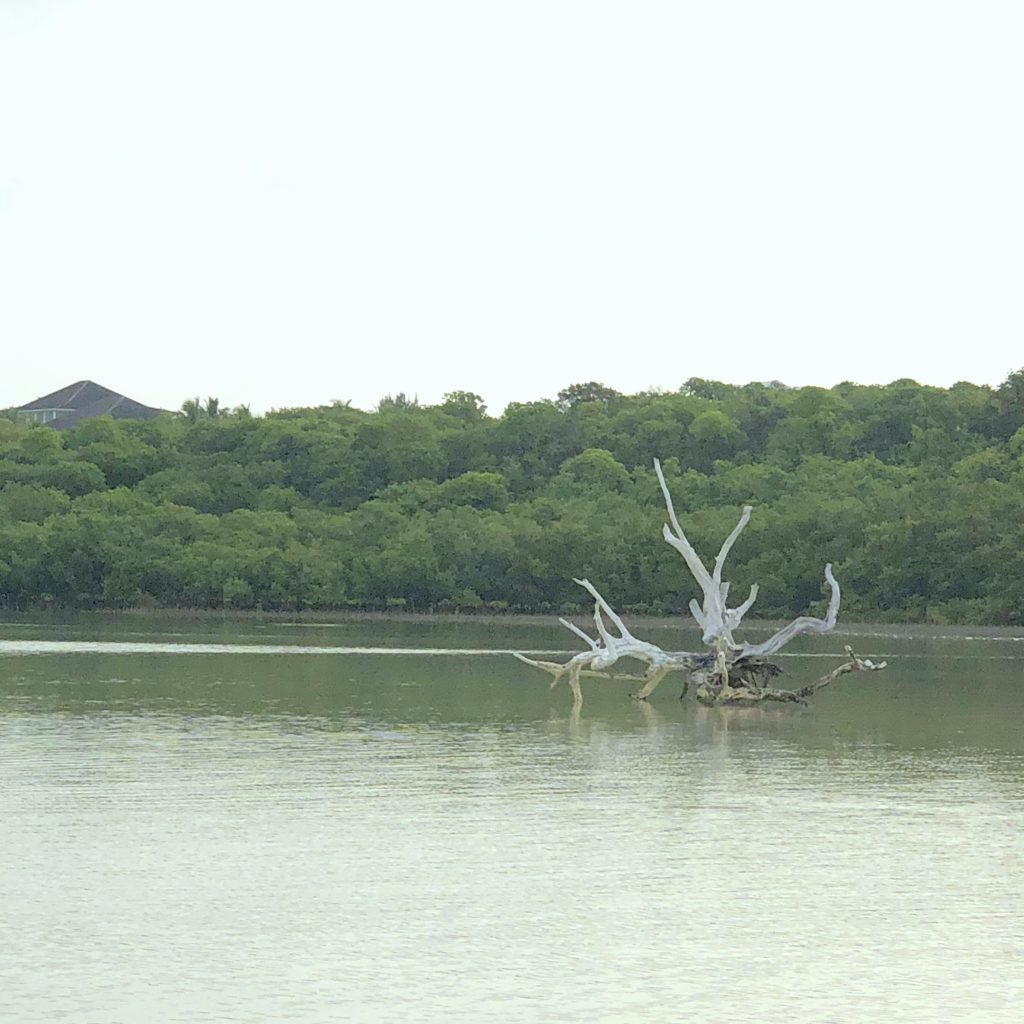 During the week, we went out to the flats a couple times to practice more than anything.  I learned to watch the fish.  See if they are turning, or if they are cruising.  I practiced positioning myself to use the wind to my advantage.  I was seeing fish, but still not landing them.  It didn’t take long to learn that special frustration that comes often when fishing for bonefish. 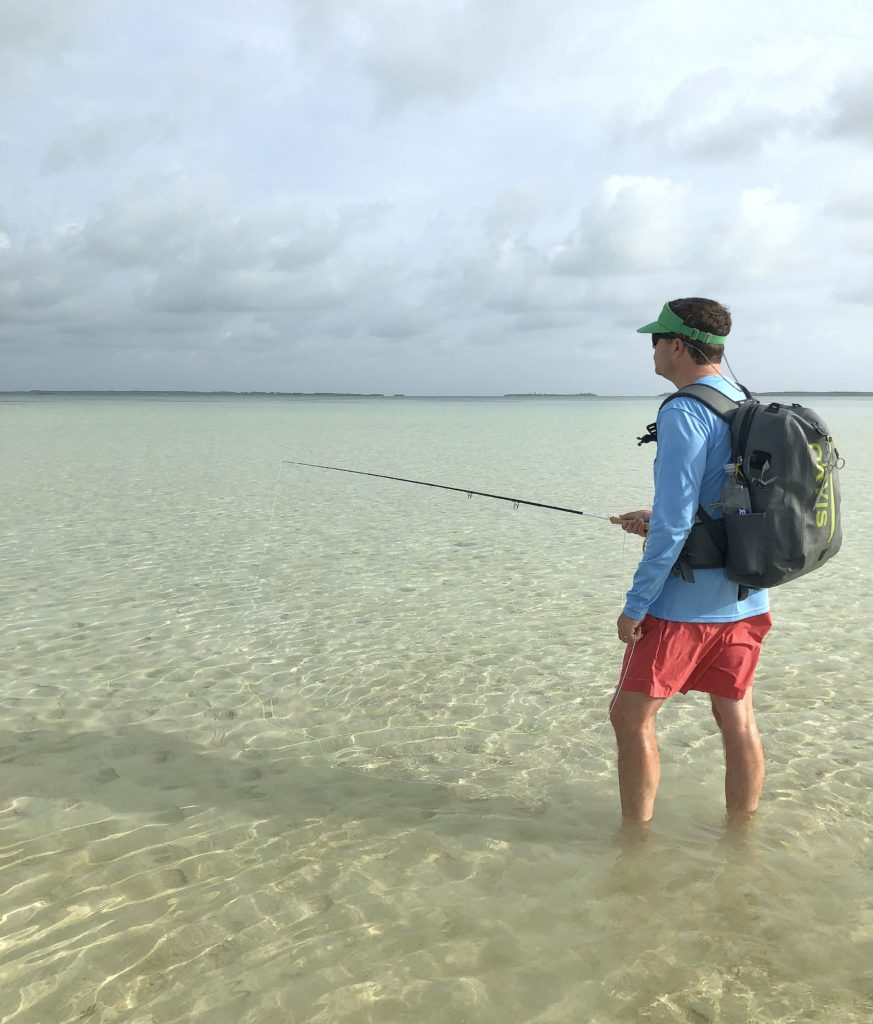 On Friday morning, Mrs. RCS and I got out on the flats at 7:15AM.  We had been watching the tide charts and timing the sunrise so that we would be in prime position at near-low tide at 7:30.  It took us 15 minutes to get where we wanted, and the sun peeked over the trees to shine on the flats.  We saw tails everywhere.  It was hard to contain our excitement, and we started casting immediately.  It took about an hour, and then we hit pay dirt.

We were about 150 yards off shore, standing in about 8-10 inches of water.  The wind was moving right to left, and the sun was high.  I had just gotten a little too aggressive with a cast and spooked a pair, and was getting my line set for the next attempt.  Lindsey put her hand on my shoulder and pointed to our right.  Immediately I saw it: a school of eight bonefish that were cruising about 40-50 feet out, about to pass right in front of us.  I checked my line and my fly, and started casting.  I dropped the fly about 10 feet in front of the school, and gave it two quick short strips.  The school got very curious and all swam over to the fly.  One more short strip, and I saw the fly disappear.  Time stopped.

In what seemed like an eternity, I pointed the rod at the bonefish, and gave it a quick strip to set the hook.  What happened next was a feeling like I’d never felt.  The line literally disappeared in a flash.  The bonefish was hooked, and was on the run.  I lifted the rod and let it ride.  This is what pure joy feels like.  After a few runs, the bonefish started to cede control back to me, and I working to bring it in.  Not too fast, but not too slow.  Lindsey was talking me through it, keeping me calm and focused.  After a few minutes, I brought the bonefish next to me, cradled him, and picked him up out of the water.  It was a sense of accomplishment that I don’t think I’ll ever explain accurately.  I caught a bonefish with my wife acting as my guide.  Writing these words now puts an ear to ear smile on my face. 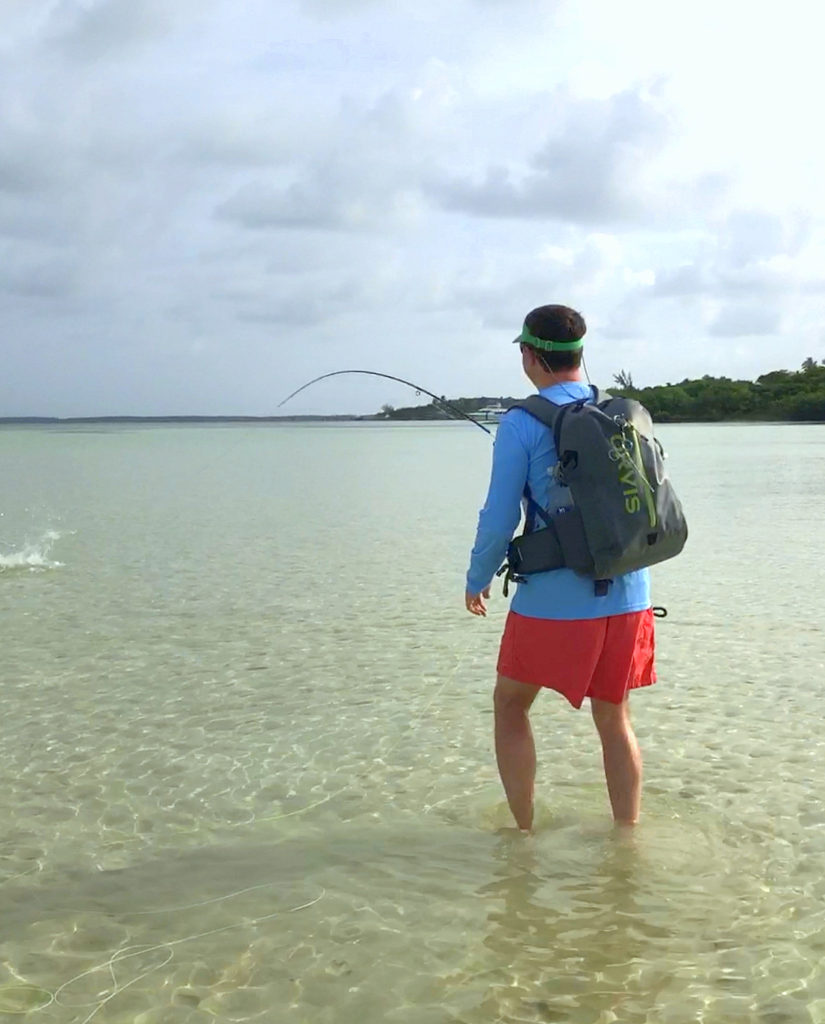 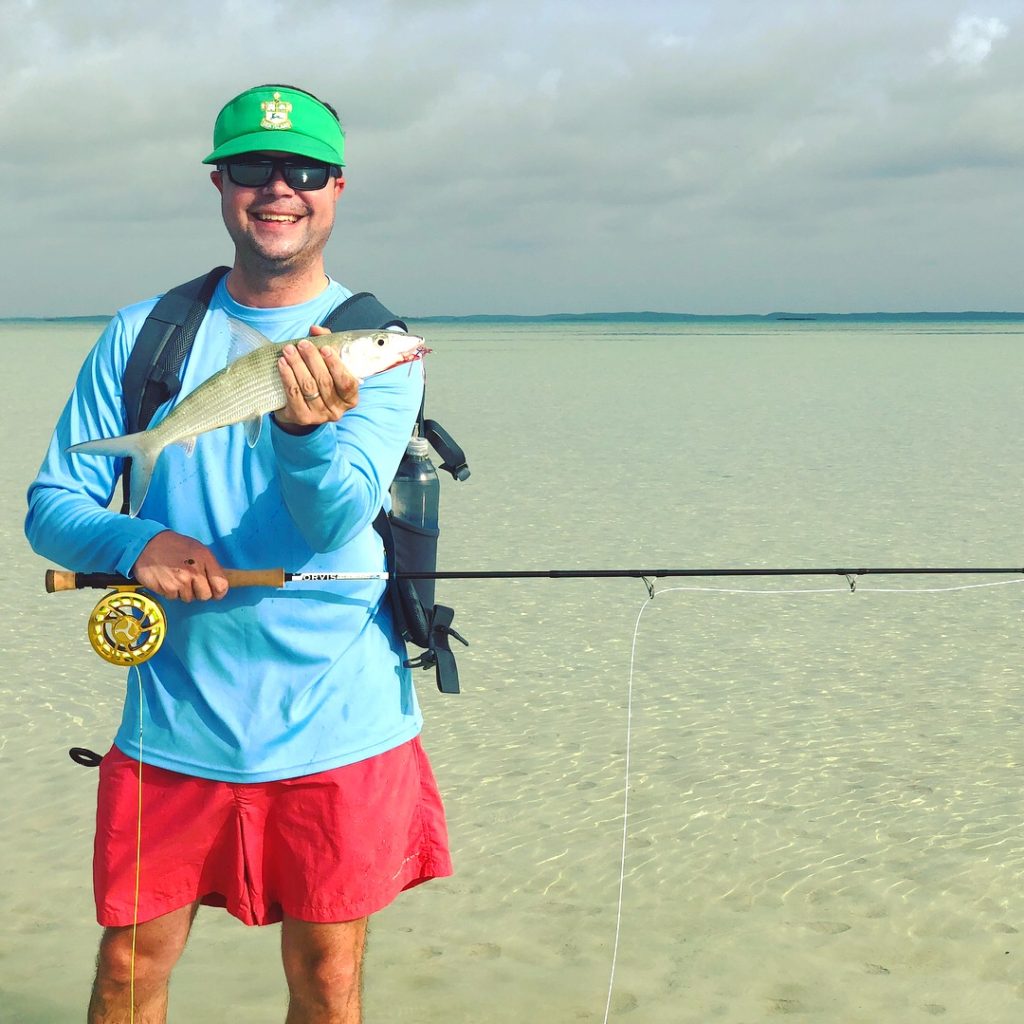 After a few pictures, I got the fly out and sent the bonefish on its way.  I was so excited I was trembling.  I had to let Lindsey cast for a while as I couldn’t concentrate.  It’s really something.  Everything I’d read or watched on fly fishing for bonefish is true: they are frustrating, they are picky, and they are extremely fun to catch.

That afternoon, the clouds rolled in.  I went back out to those flats every morning before our flight back to Atlanta, and was lucky enough to catch one more.  Without the help of the sun, the bonefish are really tough to see, much less catch.  It’s OK: I got what I wanted.  A fly fishing experience that I’ll never forget, and I got to share it with my wife.  I’m a lucky man.  We can’t wait to go back.