Life is about making decisions. Every day we are faced with choice after choice, and our success is based on how well we choose. There are some choices that are tough, and some that are easy. The first time I laid my eyes on a pair of Res Ipsa loafers, the choice was very easy. 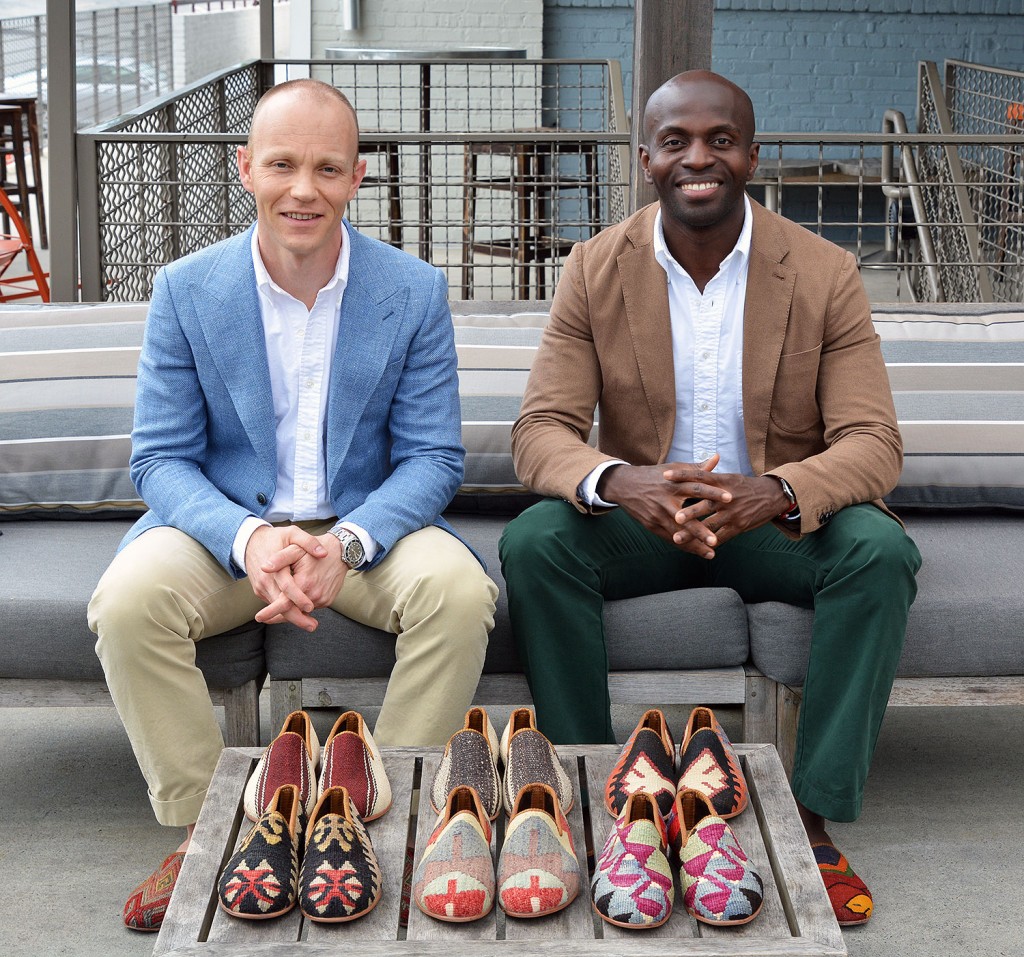 Res Ipsa is a menswear company founded by two attorneys based out of Atlanta. Tired of the boring ‘big blue’ suits, ties, and shoes, Odini Nwakuche and Josh Moore took matters into their own hands. First, they produced a line of classically traditional neckwear. The ties’ success initiated a trip to Istanbul to source new fabrics. By chance, they happened upon some vintage kilim rugs, which led to the creation of their wool loafers. What would seem like a large leap from ties to kilim wool loafers has proven to be a very wise choice.

The Res Ipsa loafers are created in the design of the English house slippers, but are made with leather soles and padded leather insoles. The uppers are created from vintage kilim wool rugs, which are sourced from and produced in Turkey. Each design is absolutely unique, and has a character all it’s own. 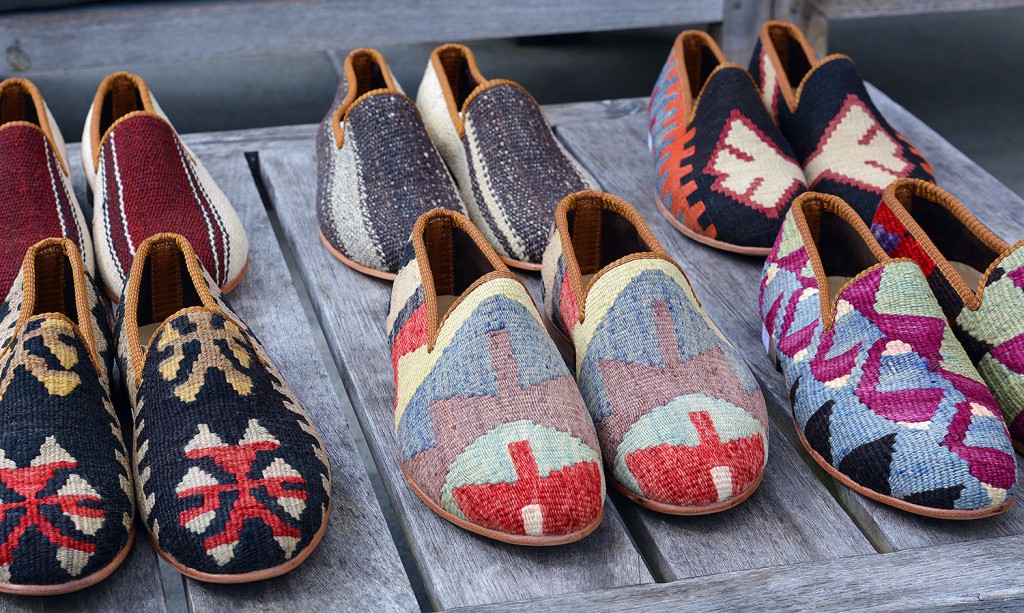 As for the style, the Res Ipsa loafers are a piece of flare. They do best with a relatively conservative pair of pants or jeans, and quiet shirt. It’s best to let these loafers do the talking for your outfit. Speaking of talking, Odini and Josh gave a little insight to their company:

Who are you two? What’s your history? Res Ipsa is the creation of two Atlanta lawyers, Odini Nwakuche and Josh Moore. Odini: I was born in Nigeria, went to high school in Los Angeles, college at UC Berkeley, and law school at Emory. Josh: I grew up in Statesboro, Georgia, and went to both college and law school at the University of Georgia. Odini: I worked at a large Atlanta-based law firm for several years before taking a job as corporate counsel with a Fortune 100 corporation. Josh: I took the opposite path, working as corporate counsel for a large Atlanta-based electricity producer, then switched gears to work as a litigator with a mid-sized law firm.

What made you start Res Ipsa? We wear ties to work every day. What started as a conversation about how neither of us could find the kinds of ties we wanted to wear turned into an idea to make our own ties. We lamented what we call the Goldilocks problem: most ties are either too wide (3.5-inches is get-off-my-lawn territory) OR too skinny (2.5-inches is great if you’re drummer for the Strokes, but not appropriate for a boardroom or a court room). We spent over a year sourcing fabrics and nailing down design details. If you’ll permit us to nerd-out on tie design for a moment, our ties are all made by hand in America (New York City) and unusual in the marketplace because they’re all precisely 3-inches wide, 57/58-inches long, and have a self-loop, grosgrain neckband, and hand-rolled tip.

Conservative Ties and then Turkish slippers…what’s the story? The loafers are a result of a trip to Istanbul to source fabric. We were in the Grand Bazaar and noticed interesting products made from vintage hand-woven Turkish rugs, or kilim. Kilim is the Turkish expression of the Middle Eastern rug-making tradition that includes Persian rugs. But it was mostly ladies handbags, etc. We were so intrigued that when we walked by a store selling kilim products the next day we went inside for a closer look. To our amazement, the son of the owner had a Georgia driver’s license and a Kennesaw State student ID. He attended college here in Georgia, and returned to Istanbul to work in the family business. He assured us they could create anything we designed. We thought loafers made of kilim in style of a British dress slipper would be really cool. We also designed dopp kits for travel grooming supplies, and carry-on bags for air travel. 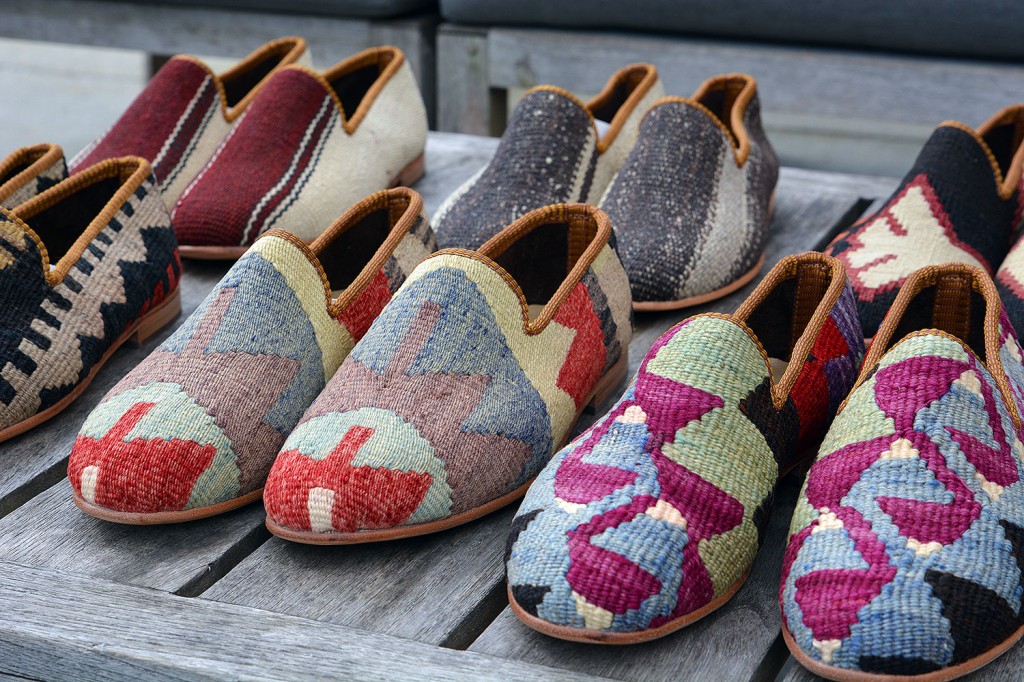 What kind of guy is a Res Ipsa customer? We make serious products for people who don’t take themselves too seriously. Res Ipsa is for the young professional–or anyone who doesn’t want to dress like an “old man” — working in a conservative environment but who appreciates the lost art of living well.

Describe men’s style in Atlanta. It’s getting better. We see fewer pleated khakis and blousy shirts. Seriously, men in Atlanta want to look good but this isn’t a city where people are on the cutting edge. Cities like New York and Los Angeles are quick to embrace new brands and push the boundaries (think: Thom Browne suits). But Atlanta is more conservative, and Res Ipsa reflects that aesthetic.

What’s coming down the pike from Res Ipsa? We want to design timeless staples. There are a few investment pieces every guy should own, and we want to be the go-to place for well-made, fairly-priced staples. For example, every guy needs a great oxford shirt (hint).

What’s playing on your iPods? We have similar tastes in music. One new artist we’re both crazy about is St. Paul & the Broken Bones. We also both like Bob Dylan and Merle Haggard. Josh is a huge Elvis Presley fan (and has made multiple trips to Graceland). Odini loves Michael Jackson (but has never been to Neverland) and R&B music. And he’s turning Josh into a fan of Nigerian music (check out Fela, P-Square & D’banj).

Res Ipsa loafers can be found on their website as well as select retailers in Atlanta. Each run is exclusive, and they sell out very quickly, so hurry on over. The loafers are an excellent choice for any closet – men’s or women’s. As Res Ipsa translates from Latin: ‘the thing speaks for itself’.