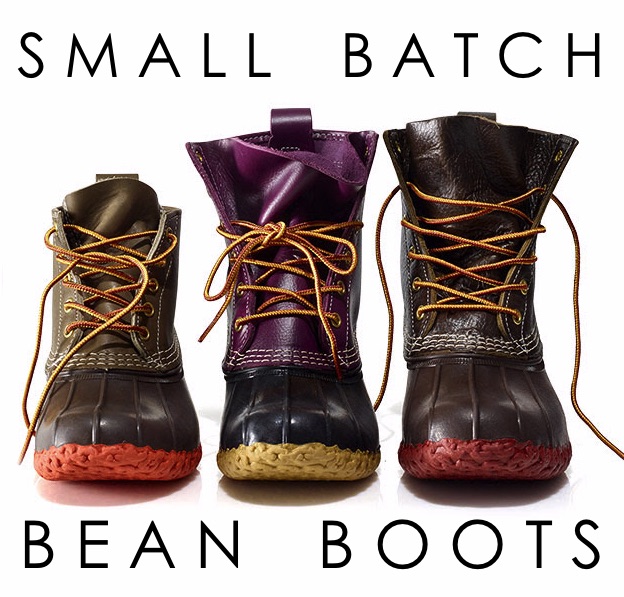 What hasn’t been written about the iconic Bean Boots?  They are an archetype of America.  They are for the outdoorsman, the prep, the fraternity man, the city slicker, and on and on.  Not that anyone has noticed, but the color selections have been limited.  Tan or brown tops, and brown bottoms, with tan soles.  A few years ago, Bean’s Signature line released a few alternate color-ways, which were very popular.

Well, good news, Bean fans: LL Bean has released their ‘small batch’ line, which is a whole collection of different color ways, as well as some alternate upper fabrics.  Some of the goods:

You can see them all here.  I’ve picked out my three favorites:

First, the Lounger.  Of course I’m going to pick the Lounger.  I have a pair that I absolutely love.  These feature tumbled leather uppers, which should break in nicely. 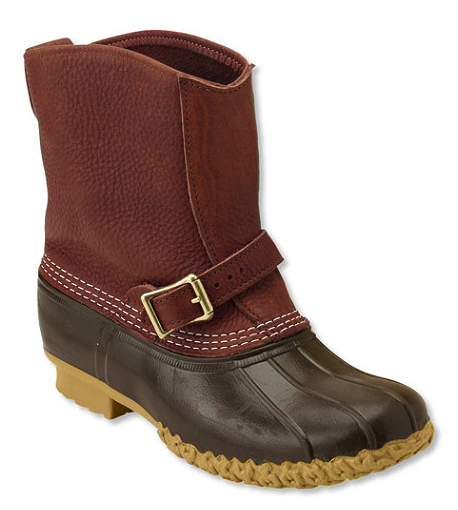 I like the idea of waxed canvas uppers on Bean Boots.  These tall boys would do the trick in the field: 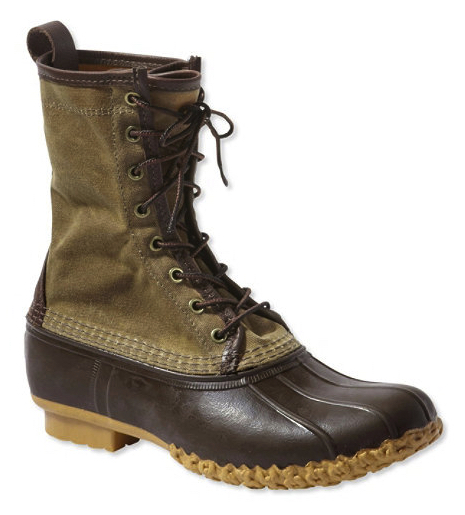 The 8″ are what I would argue are the most versatile of all the Bean Boots.  We’ve all got (or had) a pair, right?  I seriously dig the dark brown tumbled leather and the brick red sole.  Very cool: 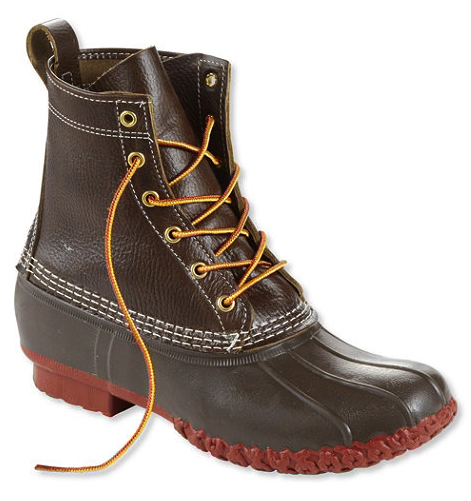 Which ones are you digging?

Interested in getting a pair before Christmas, or asking for a pair for Christmas?  I would highly suggest ordering yours ASAP so you don’t have to deal with the delay….oh – and ALL BEAN BOOTS ARE 20% OFF RIGHT NOW!  Use code FALL20 through October 10th…hurry!