First and foremost, I’m a big fan of the college football playoff system.  It is the only way to prove an ultimate champion.  It takes the SEC ‘bias’ out of the equation.  I’d like to see an expansion to eight teams with NO conference championship tie-ins, and considering the amount of money each of these games generate, it’s a matter of time. 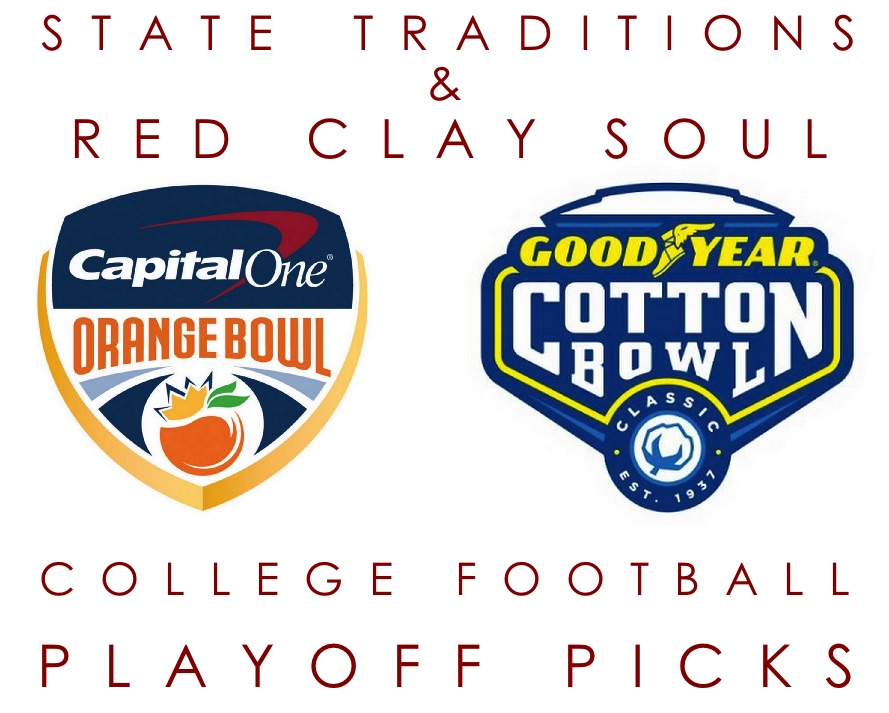 There are some seriously intriguing games coming up on New Year’s Eve.  Here are my thoughts:

Capitol One Orange Bowl – Thursday at 4:00PM ET in Miami on ESPN

I believe this is the better of the two games.  Clemson is the #1 team in the country, and the underdog to a pistol-hot Oklahoma team.  Clemson has an excellent offense led by Watson, and skill players all over the field.  Clemson’s offense is like watching a video game.  They are fast, they make you miss, and in a blink of an eye, they put seven on the board.  Oklahoma, on the other hand, has been relentless since their nasty loss to Texas.  Seriously – they lost Texas.  Who is horrible.

Texas beat Oklahoma by blitzing like crazy, something Clemson will have to do to slow down the Sooner offense.  Remember, Clemson hasn’t beaten a ranked opponent outside of the Carolinas all year, and there are a lot of OU players on this team that beat Alabama in the Sugar Bowl a couple years ago.  Clemson will need to play full throttle all game, and not go more than ten points down to win this game.  Thanks to Dabo, they do, in a very high scoring affair.  Clemson 45-42.

To be honest, all logic points to a dominant Alabama performance.  You know exactly what I’m talking about.  I was watching the SEC Championship game with my brother, and we ended up turning it off after the half.  It was boring.  Alabama dominated every facet of the game.  It didn’t help that Florida’s QB looked like the mascot trying to throw spirals.

Michigan State is a great football team, and deserving of being in the CFB playoffs.  I like that they beat Ohio State and shut them up.  Listening to Herp Kirbstreet love all over his overrated Buckeyes is almost as annoying as listing to Lou Holtz talk about the global dominance of Notre Dame.  Let’s be honest, though, they won’t beat Alabama.   The only way they compete is if all luck falls with the Spartans, AND if Derek Henry misses the bus to Dallas.  This game is somewhat watchable for the fist half, then becomes a snoozefest.  Alabama 35-17.