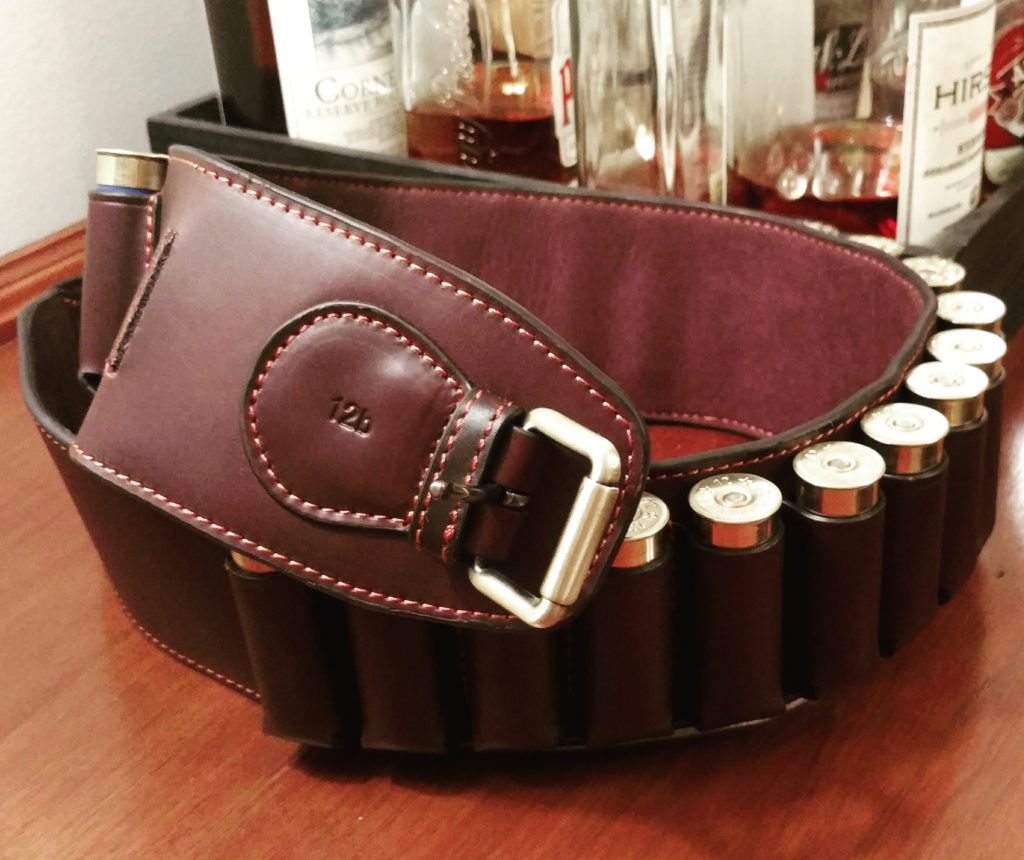 When I first got interested in clothes back in college, I would horde all the men’s catalogs I could find. Of course these included Orvis catalogs, and I remember looking through them and being enamored by the photos of English/Continental hunting in their pages. The Barbour jackets, the Le Chameau wellies, the tweeds: I loved it all. At the time I knew even less about hunting than I did about clothes, and figured these were regular implements of most hunters, even in the US (obviously wrong). Using eBay and my limited college budget, though, I did manage to snag a Barbour jacket, and a pair of Le Chameau Vierzon, both of which I still have today. However, one thing that I always lusted after for some reason, but never acquired, was their leather cartridge belt. I’m not sure why I wanted one, but I always kept an eye on it.

Fast forward over a decade, and as a committed bird hunter, I now love to follow Instagram accounts of various British bird hunters and pest control managers (here are two my favorites: @jpg.esq and @guns_and_tweed). 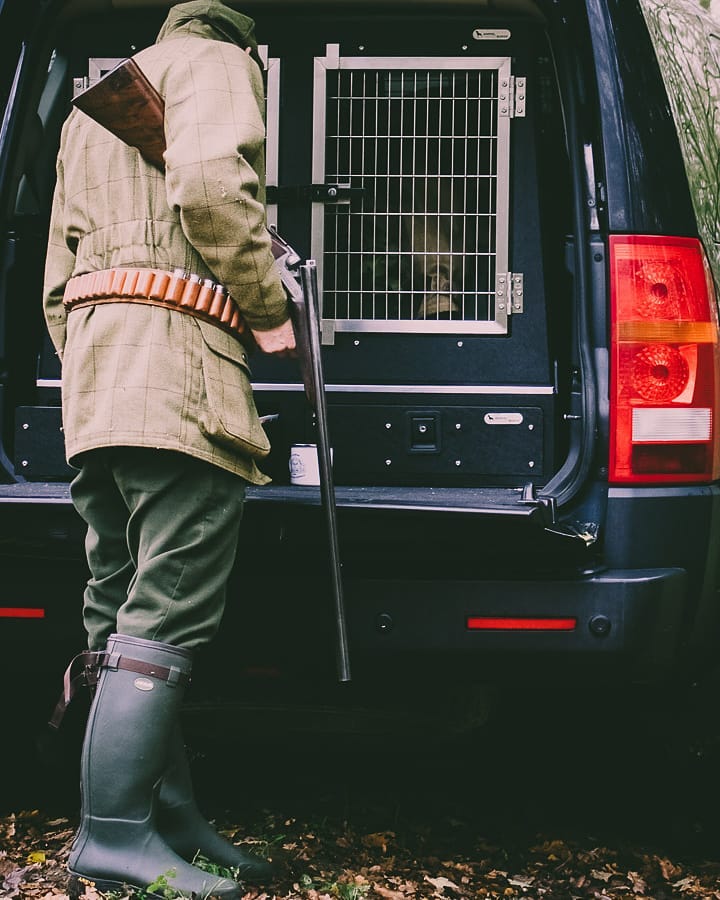 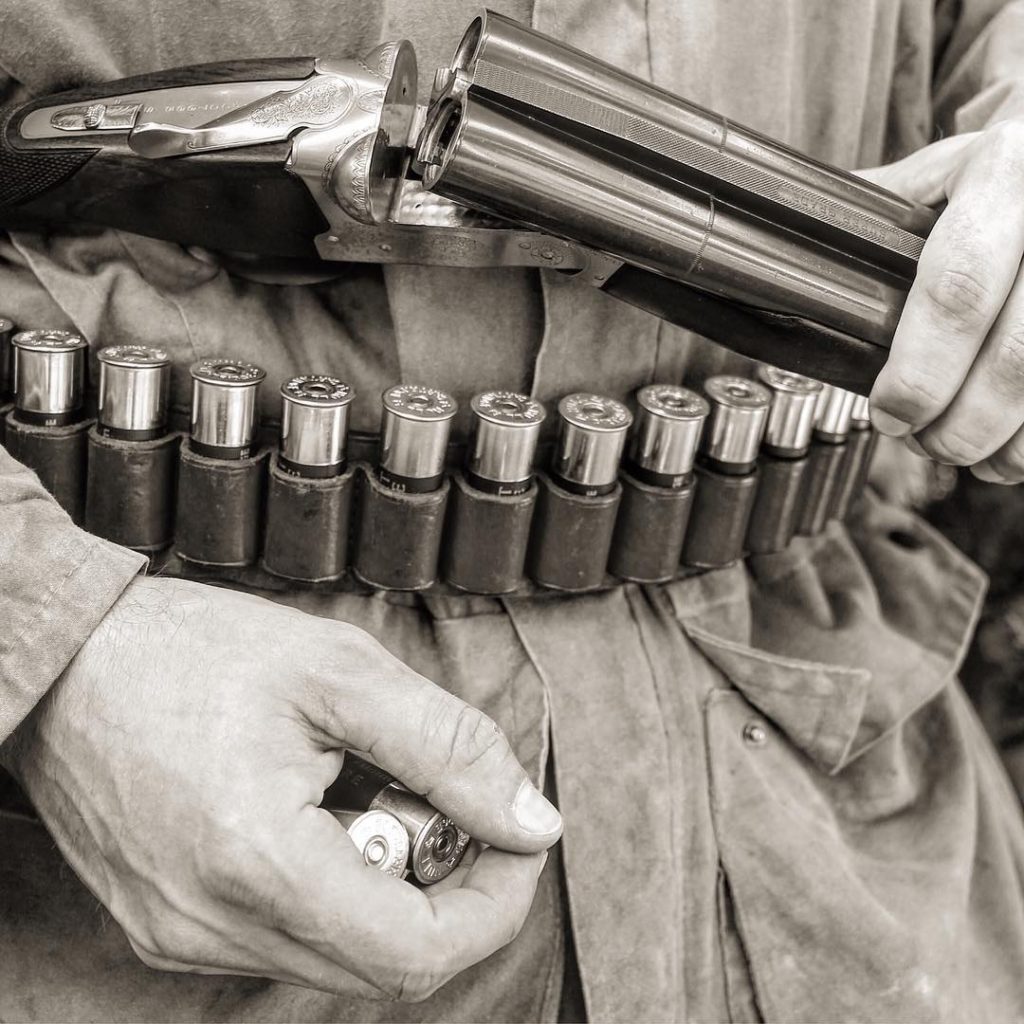 In the heat of the summer, scrolling through their photos of misty mornings shooting crows and pigeons makes Fall feel a little bit closer. One thing I began to notice was how several of the guys I followed actually used the cartridge belts I once lusted after. It seemed to be an essential piece of kit for them, not just some romantic accessory I could pick up in the Orvis catalog. I messaged one of the guys about his and he told me that when the birds are really flying, having the cartridge belt handy made reloading a double gun much easier than having to dig into a pocket or pouch for shells. With a few dove hunts planned, this scenario sounded familiar, and I figured this English strategy could probably be applied to birds in the South.

Not wanting to get myself in too deep, I managed to pick up this belt on Amazon for $65 (I got the 12 gauge to start). It’s made in China, but of pretty nice leather and is seemingly well-constructed. It holds 23 shells, which is enough for one box of shells with the remaining two shells in your gun. It is large enough to wear over an outer layer or two, but small enough that it can sit pretty close to your waist/hips if you’re just wearing a shirt. 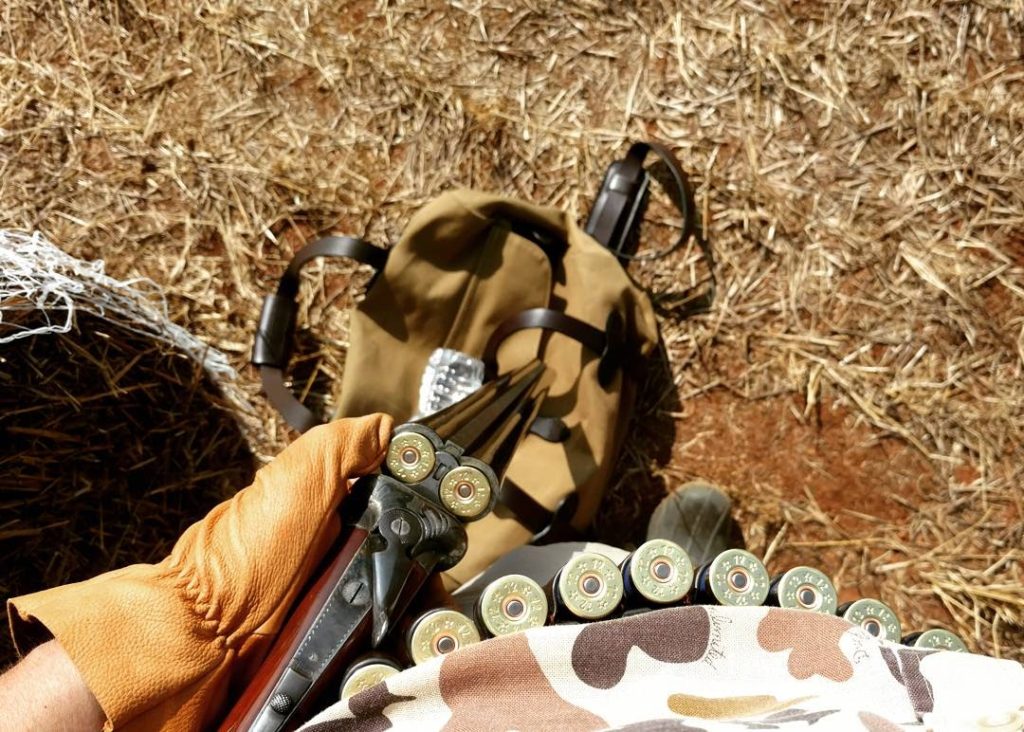 I ended up taking it with me on four dove hunts and have to say the English have it right: I found the belt to be very handy. I loaded it with shells, buckled it like a regular belt, and then rotated it around so that the shells were all on my front. During the hot late summer days, it worked well with my minimal hunting wardrobe of a camo shirt and shorts, and having the weight equally spread out around my waist was comfortable. It made moving around the field very easy, and I liked not having to worry about shells spilling out while on the move. As for actually using it, after reloading, I would pop two shells up a little higher than the rest, which made them easy to grab and stuff in the chamber on the next reload. I would then pop up the next two shells, and rotate the belt a bit so that they were always handy to my left hand. During a break in the action, I would open another box and fill up the empty loops. 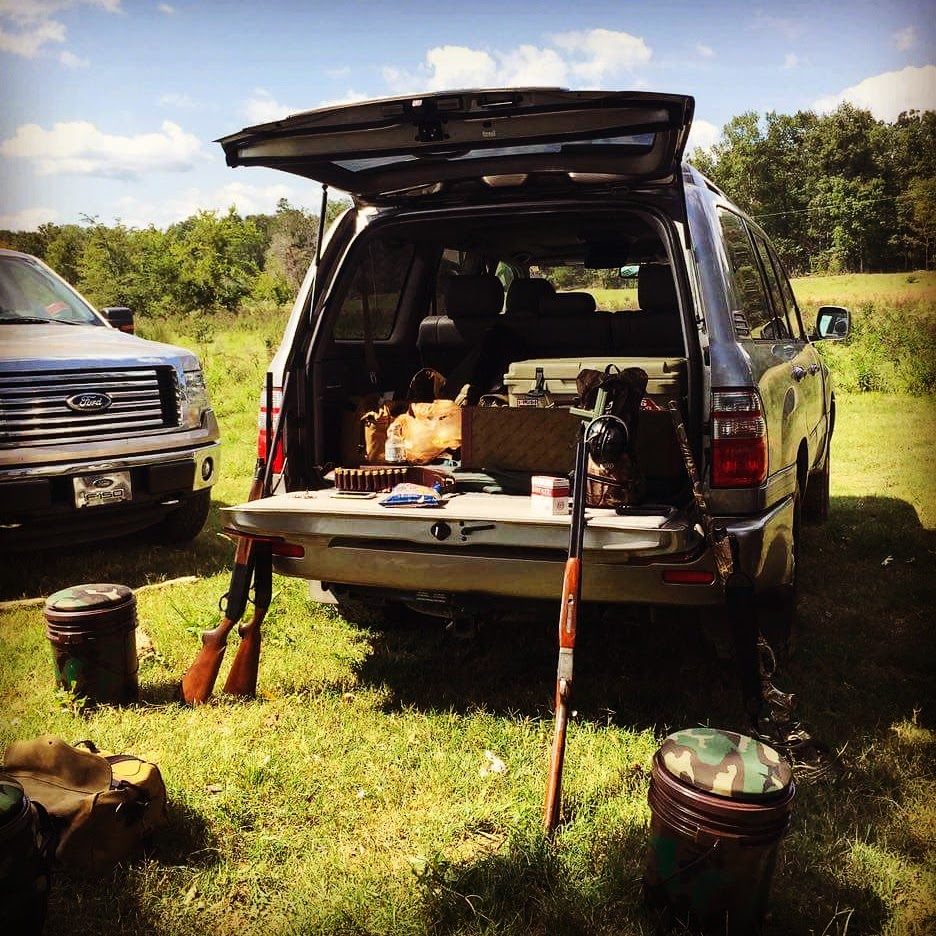 While I have a dedicated upland vest for quail/snipe hunting, if things get cold and/or rainy enough to don my Barbour Beaufort while hunting, I intend to wear the belt over my Barbour instead of the vest, and use the jacket’s game pouch as it was intended. It’s nice to have the belt as a minimalist option compared to my more technical and bulky vest. 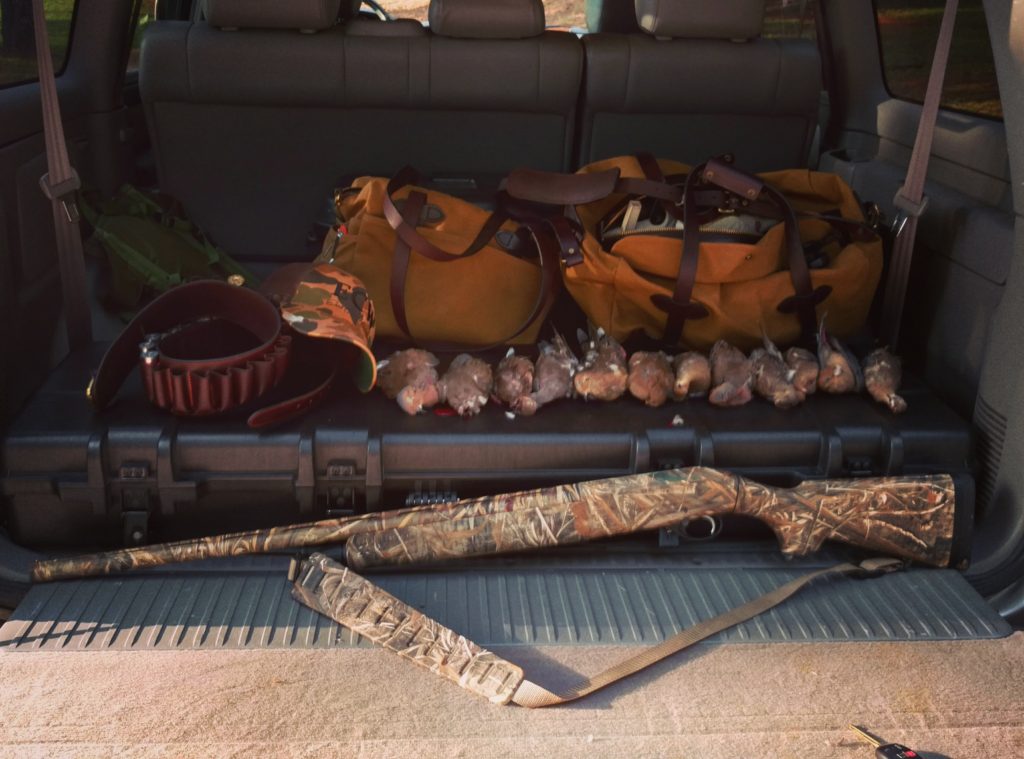 Overall, I would say that if you’re a bird hunter and don’t have a cartridge belt, it’s definitely worth considering adding to your gear. It’s versatile, and quite handy when the birds are really flying. As I mentioned, I bought the 12 gauge version, but did manage to also use 20 gauge shells in it with pretty good results. I might get a dedicated 20 gauge belt down the line, though.

Trip Reed is a good friend, an RCS contributor and used to run an excellent blog called ‘A Trip Down South’ (which he should revive)