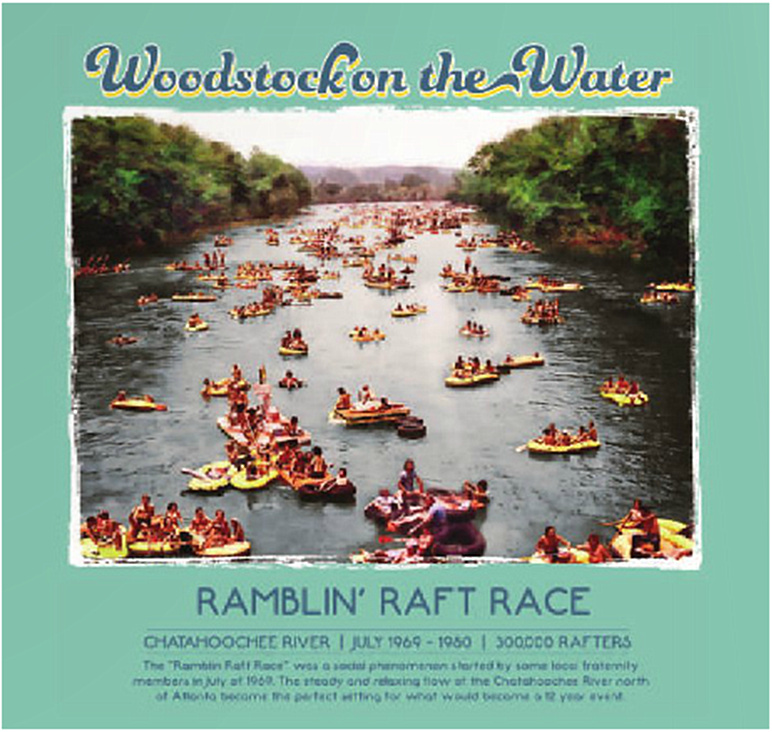 The Ramblin’ Raft Race was an annual gathering during Memorial Day weekend on The Chattahoochee River in Atlanta.  Thousands of rafters would assemble to “shoot The Hooch”.  The race took place from 1969 to 1980, and during its peak, more than 300,000 rafters partook in the event. The race went on to become the world’s largest participant sporting event and was called, ‘Woodstock on The Water’.  Classic Georgia and Peach State Pride have teamed up to celebrate this Classic Georgia event by releasing ‘The Hooch’ t shirt.