My friend Cooper…what can I say.  I’ve been reading his blog Social Primer for as long as I can remember.  I met Cooper about three years ago right after he launched his bow tie collection with Brooks Brothers, and we became fast friends.  Cooper has a style all his own, but one that is not rooted in ‘fashion’, but historical, traditional, genteel style that is timeless.  Now, Cooper does put his twist on things, but they are incremental additions, not weird velcro-like chachkies that detract from what is important.

Cooper recently started a Kickstarter project to fund his new concept: blazers.  We talked about his blazer concept about six months ago on a visit to Charleston, his hometown.  I can tell you that no detail has gone overlooked.  The blazers below are exactly what he was going for.  This is NOT your navy blazer folk.  This is another level.  His blazers look incredible, but starting a line like this takes a lot of capital.  A lot.  It’s a huge risk for him, but in the end, the only regrets we have are the risks we didn’t take.  I reached out to Cooper to get some background on his blazer collection.  I’ll let y’all hear it from the man himself: 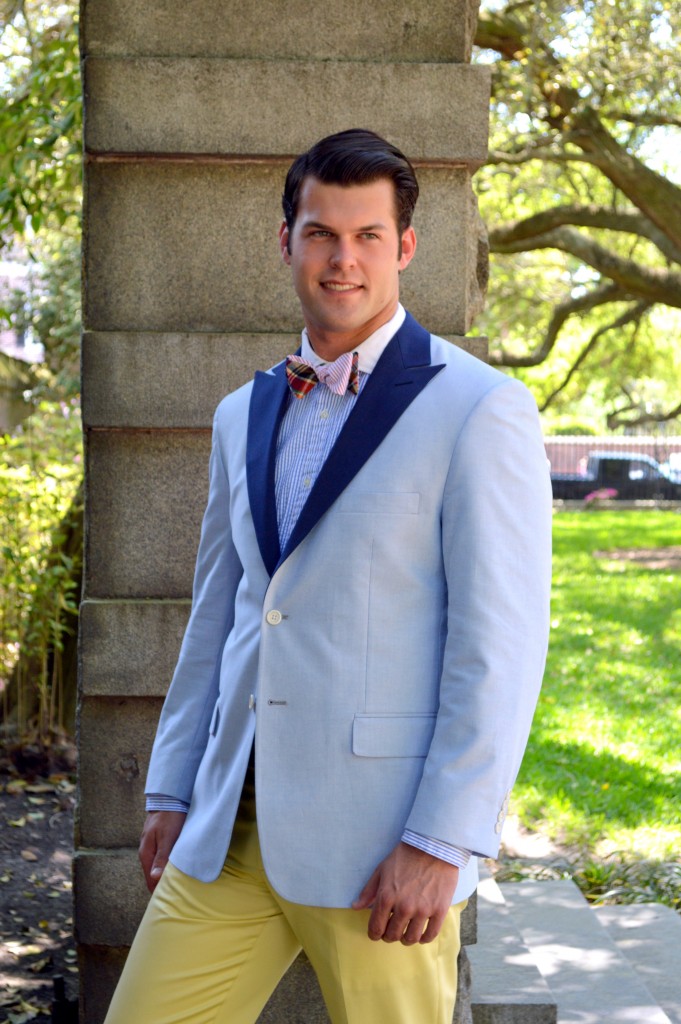 Why does the world need another blazer?  No way, no how does the world need another blazer. every Tom, Dick and Uniglo can make a blazer. And off-shore Chinese cheap! Buuuuuuuut, The Charleston Blazer is the extra piece, the last dance, the cherry on top of a man-who-gives-a-damn’ wardrobe. I think of TCB as a party blazer. You start with it fresh and spiffy at Memorial Day, all upright and bow-tied. It makes a few more “special occasion” appearances (church, weddings, derbys, tailgates) before arriving at Independence Day. It’s beginning to rumple, maybe there’s a liquor spill or two but it’s still appropriate for most casual occasions. I want guys to wear the hell out of it because it’s comfortable, light and breathes. And then by Labor Day, for the last hurrah, it’s beginning to fray at the sleeves. There are many more spills and a grass stain or two. Then it’s cleaned and put away until next summer. THEN it will be broken in and become a supremely awesome classic. 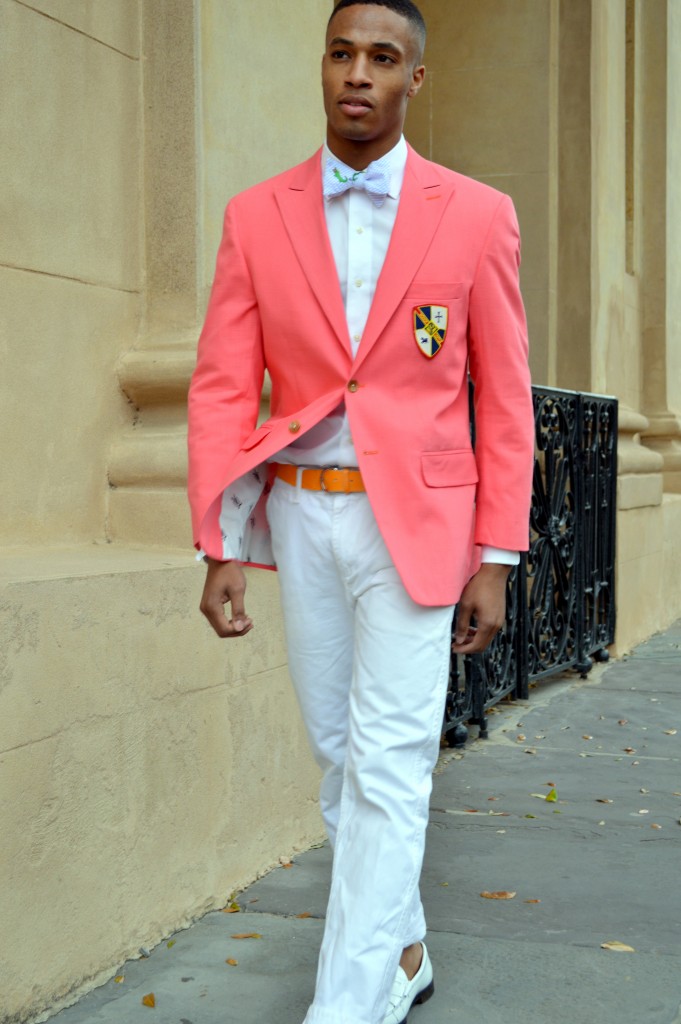 These aren’t just any blazers…from a style perspective, what sets them apart?  I’m an out and proud bi-blazer. I appreciate the finer points of British style (peak lapels, Savile Row vents) but I also demand the American comfort (softer shoulder, looser sleeves). This is the same pattern as my Evening Wear jacket with an extra button added. 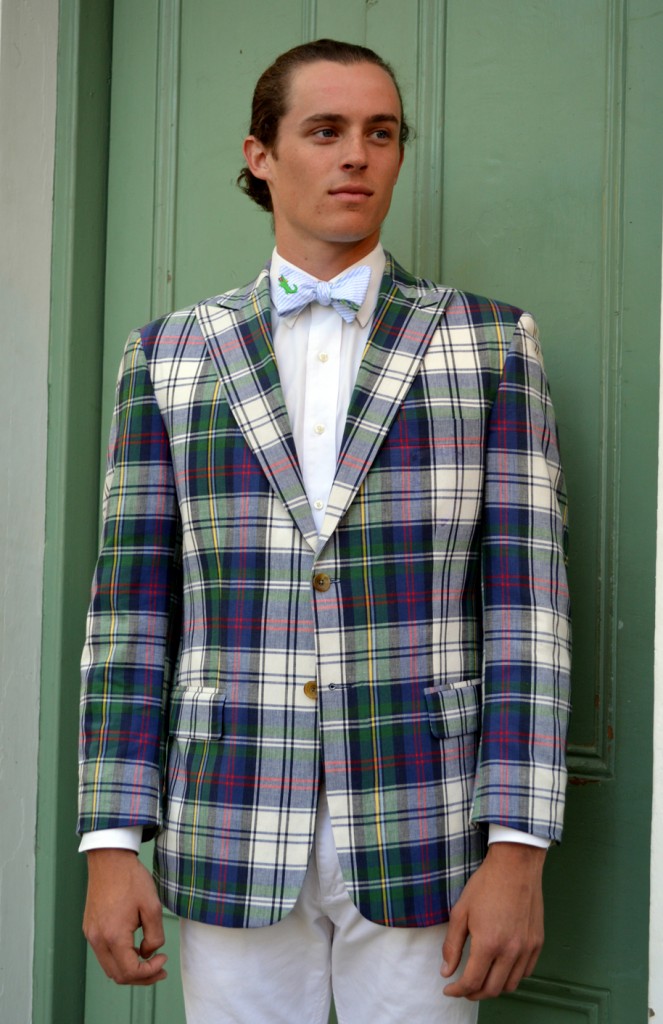 For those outside your city limits, describe the importance of Charleston in the Social Primer ecosystem?  Ha. Charleston is the center of the Southern universe. It is Dixieland mecca for Southerners. We come here to pay hommage to our mother church. Peacock style here is real. Men dress for each other and women swoon. It is expected that a man wears a blazer to most every public event. For those of us who love to dress, this is the stage. Hence, my inspiration and my creative mission: Dress that Charleston man, and those who want to emulate him. 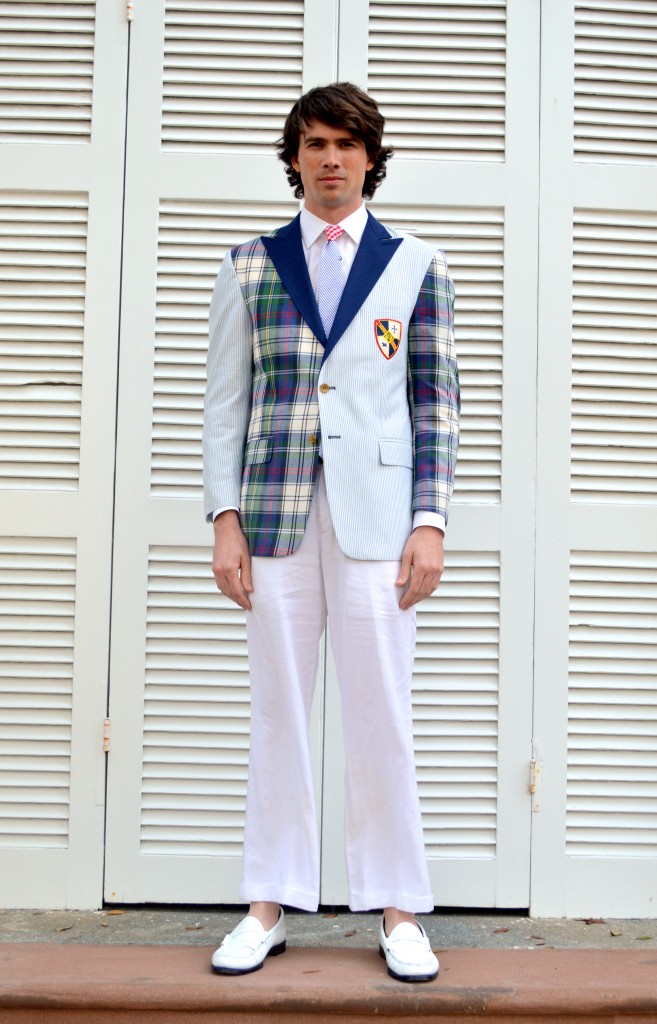 What is your favorite piece from your recent collection?  That’s like asking if I love Tess more than Brother! It’s a daily change of heart. This latest collection came from my experimenting with actual mattress ticking last summer. I wanted to see how the fabric handled tailoring. It was perfect, crisp yet light, I knew I would make that blazer. Then my factory called to say they had some Oxford cloth. I said, whip it up! Madras is a natural. I would wear it everyday in the summer. And most days I do. The DAF style is nuts, even by my twisted standards. It is attention-seeking and clown-like. You have to be ready for eyeballs when you don the DAF. And I am that brave sometimes. 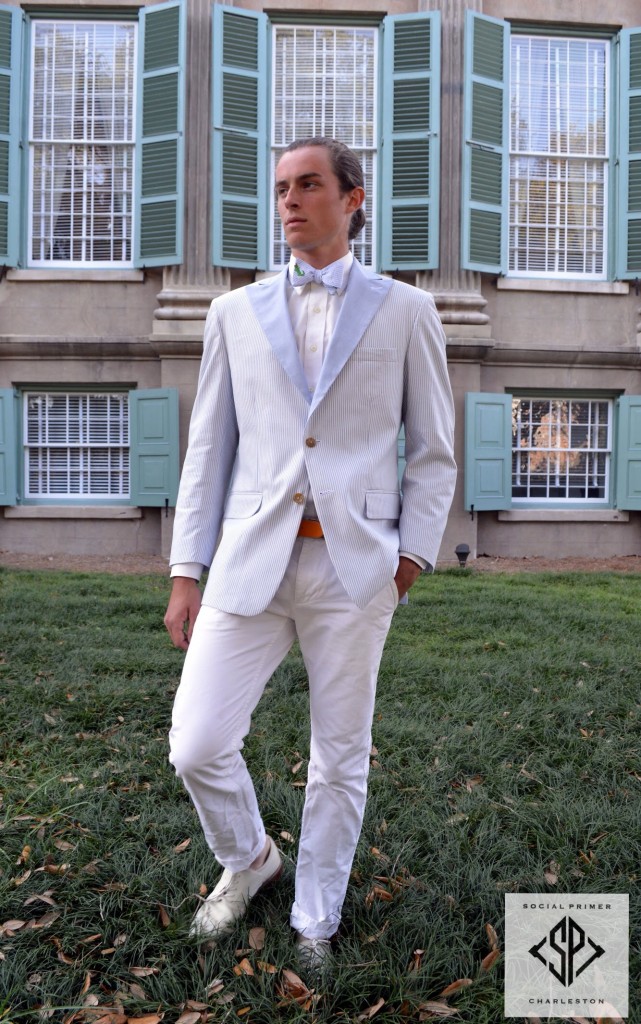 Why should someone donate to your Kickstarter?  I am a one-man show, for the most part. I have generous friends and interns, but the bulk of the work sits on these skinny shoulders. The work is endless but I love what I do. I love thinking of new takes on classic menswear and then presenting it to others, whether through mechandise, styling or photographs. I’m seriously turned on by showing someone a new way of wearing something. Wait, what was the question? Oh, why spend your money on The Charleston Blazer? Social Primer is an American company. Yes, made in the South, by Americans. The production cost is higher, as well as the quality, but it beats the pants off every one of those other, er, competition. I challenge your followers to check the labels of their favorite brands. 9 out of 10 are made by foreign hands. And that is no exageration. My grandmother Emma Sue rose from picking cotton in the hot sun to Vice President of Russell Mills. She would take me school shopping when I visited her in Alexander City, AL. Anything I selected, ANYTHING, she would first check the label. If it didn’t say Made in America, it was not purchased. “Put it back,” she would say sternly but sweetly. That stays with me every day.

After much research of the competion, I found — generally speaking — that they price their blazers at 495.00 retail. There is no way, NO WAY, to make a quality blazer at that price when you have to wholesale it. So in order to create this collection, I am taking much less profit just to get my foot in the door. That is why I went to Kickstarter. It allows entreprenuers to realize their dreams against incredible odds agianst your success. Let’s face it, the apparel business has a high risk of failure. Stores and their buyers are fickle, loyalty must connect to dollar signs and foreign pricing beats the poop out of American factories. But those factories are still here, many of them here in the South. The generation that built them is stil alive, greying and slowing down, but still alive. I cherish the idea of working with — and learning from — this great generation.