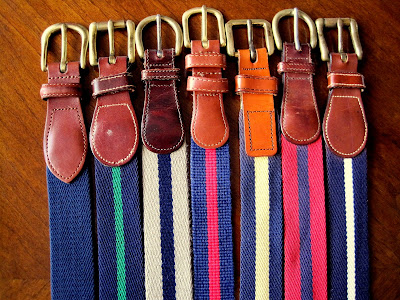 As has been mentioned in the past, belts are a clever way to dress up an outfit by either adding an engine turned buckle with a suit or an emblematic belt with khakis. Being a fan of ‘Classic American Style’, the surcingle belt is right up my ally. 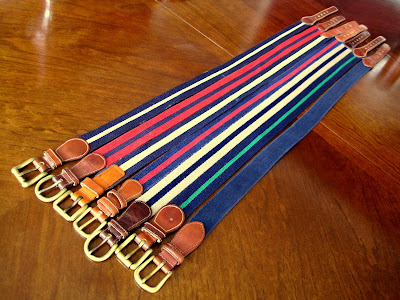 Google ‘Surcingle Belt’ and according to Wikipedia, the belts are conventionally considered an element of casual dress and that they are strongly associated with the preppy subculture. What’s not to like? I remember my Grandfather used to wear these belts in just about every casual setting and on the golf course (which was a lot). 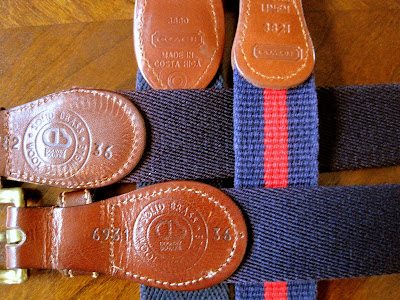 You can find these from quite a few places:
Any Goodwill or Salvation Army
Ben Silver
Leather Man LTD
J. Press
Orvis
Tucker Blair
Not that I need any more, but I do have my eye on one: 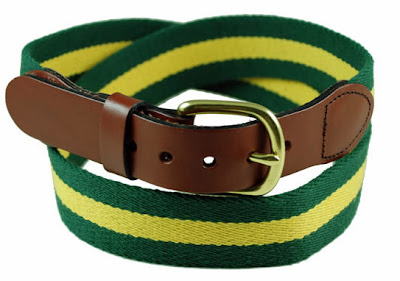 Green and Yellow from Leather Man LTD. This has ‘Masters’ written all over it.
As previously mentioned, these are great casual belts. Careful when pairing them with a NATO watch strap (if ever)…you wouldn’t want to match, would you?