So thanks to the Interweb and FaceSpace, we’re all able to keep up with our favorite (and not-so-favorite) brands via Social Media, email, and general stalking. One brand that does a great job with their online presence is Allen Edmonds, the famed shoemaker from up in Wisconsin.  They do good work.  They don’t flood us with constant updates on everything going on with their corporation, but they release info at the right time, and at a good pace.

Recently, they announced that they were adding a new color to a few styles – called ‘Bourbon’.  Obviously I was intrigued – because I was drinking bourbon when reading about bourbon…shoes.  It was like a wrinkle in time.  They initially announced that they would release them in four models: 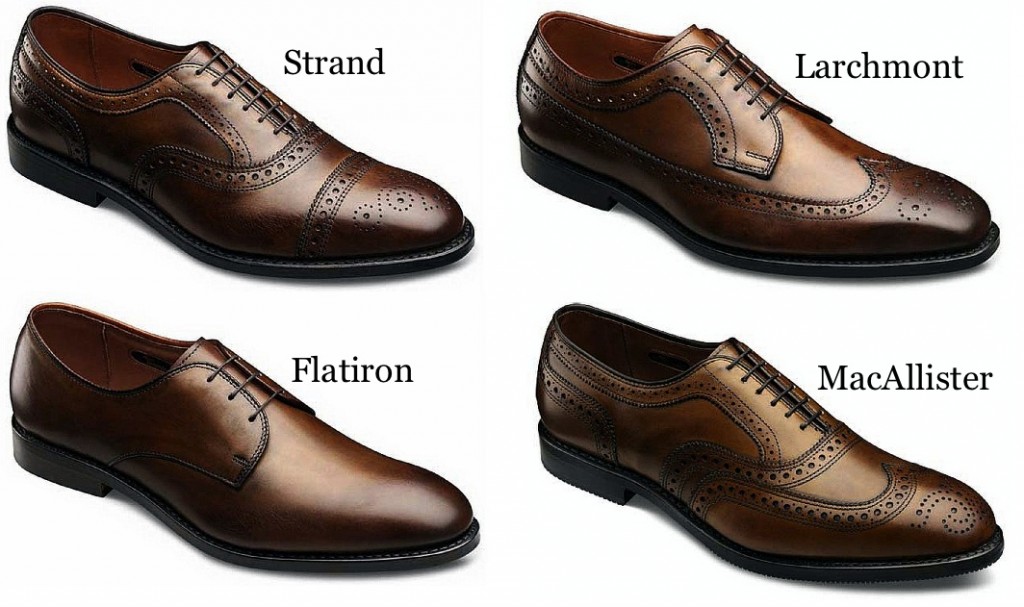 Of course I wanted them all.  But how many pairs of brown dress shoes do you need?  My collection is bursting at the seams, so the last thing I needed to do was pull the trigger, or go pare down the current collection.

Now, as fate would have it, I am in the market for a pair of brown tassel loafers.  I had been eyeing the Aldens, but came across these one day when scouring Ebay: 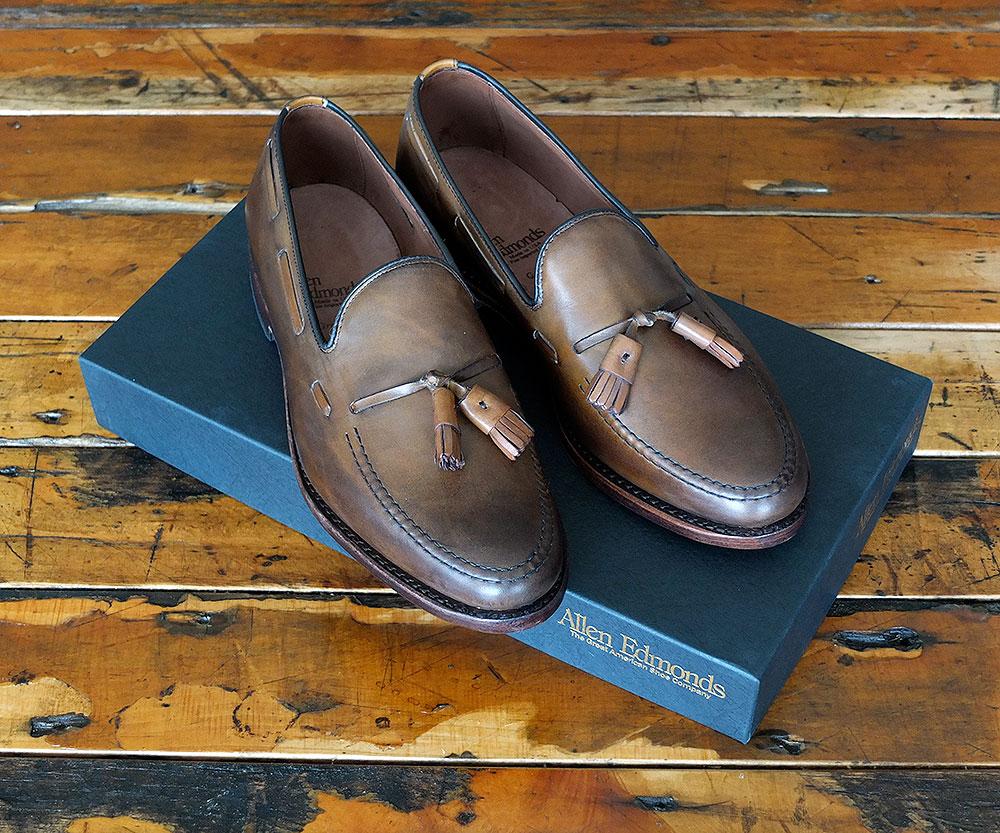 Allen Edmonds Grayson tassels, just like the snuff suede ones that were recently added to the collection, but in the color BOURBON.  In my size.  No joke.  I sent the seller an email asking to confirm that they were in fact bourbon, and pulled the trigger as soon as he confirmed.  They arrived about a week later.  The color is outstanding – it’s like a patina’ed brown, but with a hint of green.

Now, what is interesting about these is that I haven’t been able to find these anywhere.  The box is marked ‘2nd Quality’, but I can’t find anything wrong with them.  Were these samples?  A mistake?  Don’t know. 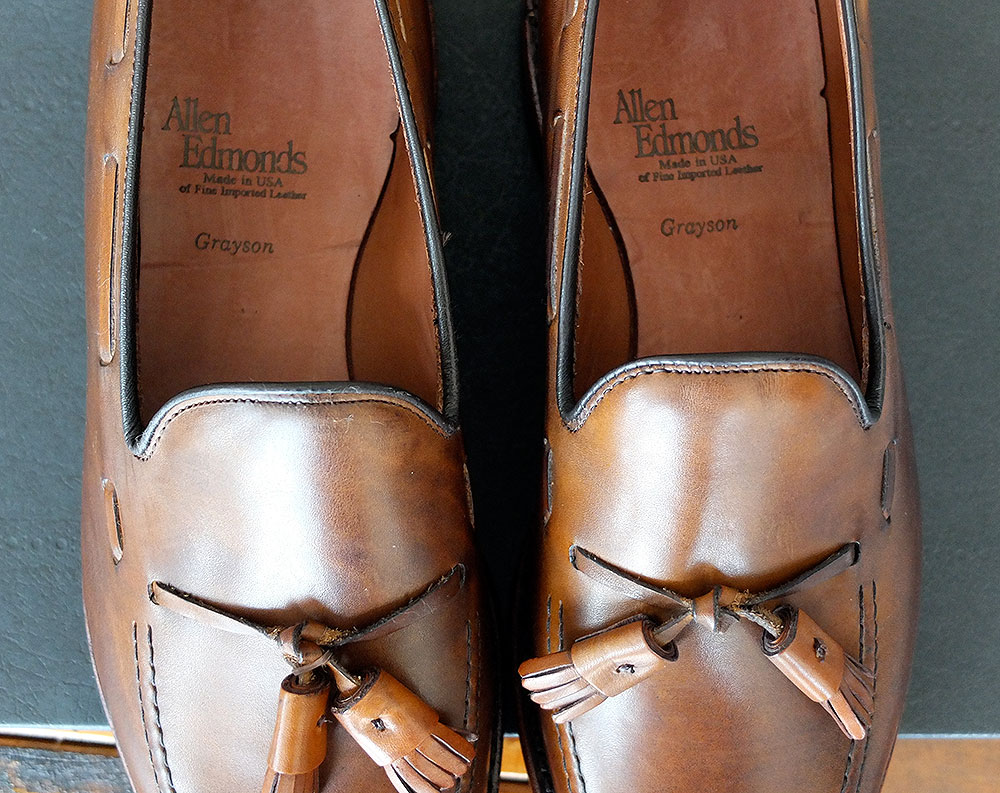 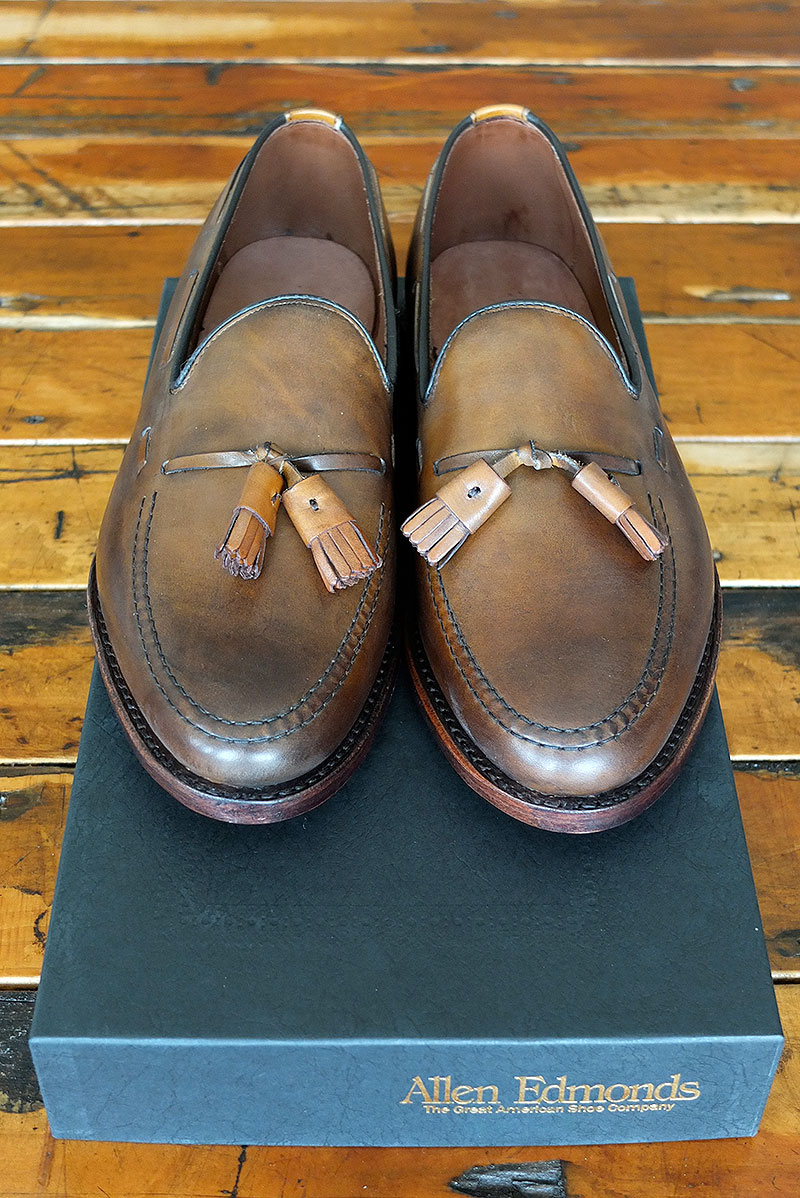 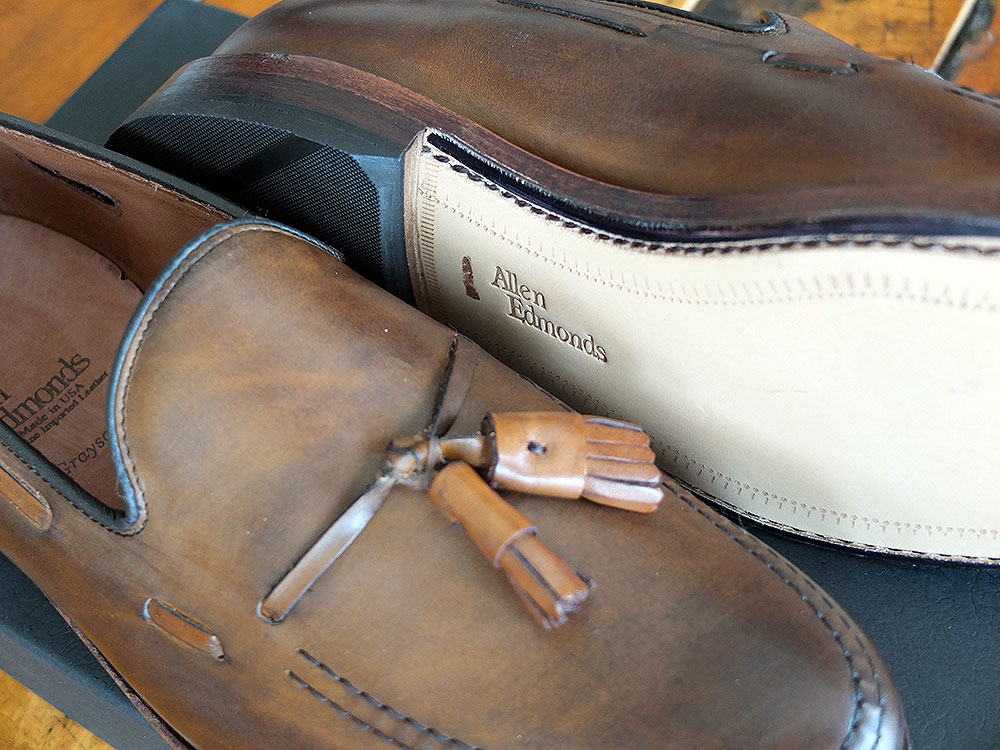 These are currently batting leadoff in my rotation.  The sun shines on a donkey’s ass every once in a while…