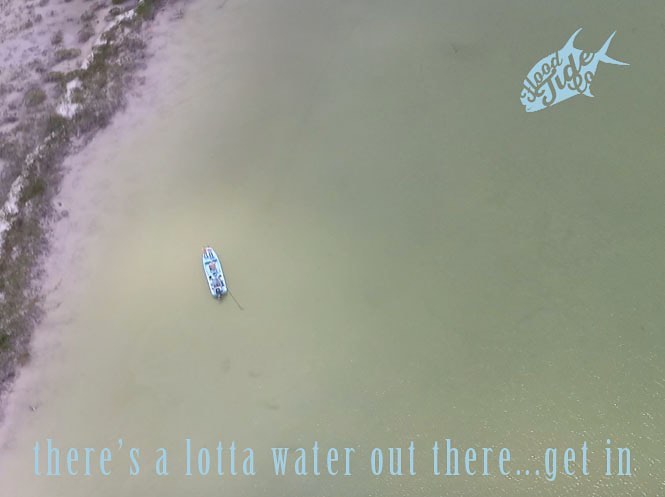 I’m sure you’ve seen some nibbles from Flood Tide Co. pop up on your social media or thereabouts…  I came across a really good Goodyear-themed hat that said ‘Flood Tide’ and was hooked.  It immediately reminded me of the lot shirts at WSP shows.  My kind of style.  I dug a little deeper and found that not only are they creative, but they create an entire line of really cool, coastal apparel and gear. 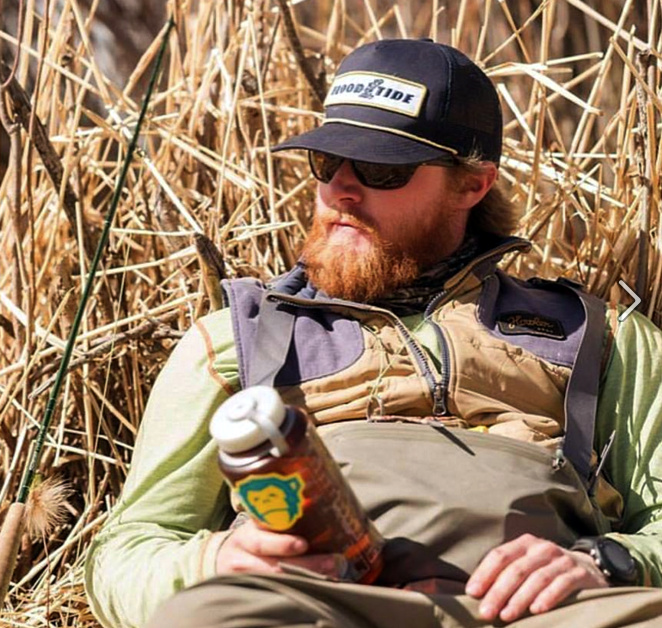 It’s the anti-Guy Harvey stuff, which after talking with the founders is exactly the direction they don’t want to go.  Makes sense, they are more spiritual than that.  We’ll get into their products in a later post, but I did sit down with founders Will and Paul to get some history on their company.  I think it’ll be right up your ally:

What is the history of Flood Tide?  The History of Flood Tide Co. is that we started in Atlanta, GA with Paul Puckett and Myself. Paul was working at the Fish Hawk Fly Shop and I was living in Atlanta and working the whole state of Georgia and coastal South Carolina with my family’s health care business.  I had a good group of friends/roommates that were fly fishermen.  We all enjoyed going out on the town and we were always hanging at the Fish Hawk. Of course we got close with Paul, and the circle of friends got bigger. He met these guys, we meet those guys…it was business networking at its finest, but it revolved around only three things: fishing, music, and beer.

As the years went on, people got married, people split up, people moved, but it really never skipped a beat. Paul and my first adventure together was going to see My Morning Jacket at Chastain Park, and then later running into him at MMJ at the Fox Theatre. Paul had started to venture into the idea of doing some apparel based off of his art.  He was growing in popularity with other brands that wanted to use his images on their clothing, but he wanted to do it his way. His first big step was going to ICAST in New Orleans that year, and he had a booth to promote a new venture called Flood Tide Co. Our friend and sometime roommate rode with Paul to New Orleans to help out and to fish (of course). I flew in to help as well. I don’t think we sold anything or got any accounts, but we knew we had something there.  What we lacked in knowledge we made up for with ambition.  We came out of New Orleans having a good time and a ton of ideas. At the end of the trip I told Paul if he was ever interested in having a partner to help I would be more than interested.  It kind of just sat there for awhile.

Fast forward a year or so. I sold most of the family business in Georgia and moved to South Carolina to operate our business and do some living on the coast.  Living in the Lowcountry was amazing, and Paul was itching to make a change.  I put on the full court press, and recruited him to move to Charleston. Once moving to Charleston, Paul and Flood Tide Co. got new legs, and the company was off and running.  We decided to become partners in the business and see what we could do with it. In 2014 with a baby on the way, I sold the South Carolina healthcare business and Paul wanted to focus more on his art and FTC, so we both started doing Flood Tide Co. full time, and I mean FULL TIME. 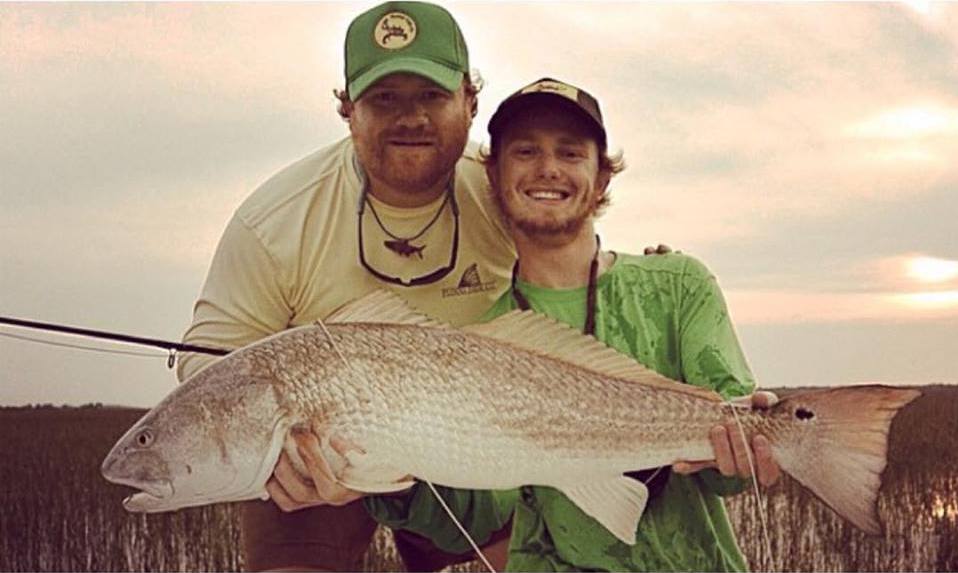 What kind of guy is a Flood Tide customer? I think a Flood Tide guy or gal is a fun loving person that loves experiences, fishing, friends, cold beer and live music. There are more people than you know, or give credit to, that fit the lifestyle. Could be a guy that fishes to support his family, or a guy that works in order to pay for concerts or fishing trips, or a button up’d attorney that likes to cut loose with his circle of friends. Honestly, we produce products that we really like, would be proud to own, and comfortable to wear.  A huge amount of people feel that same way. 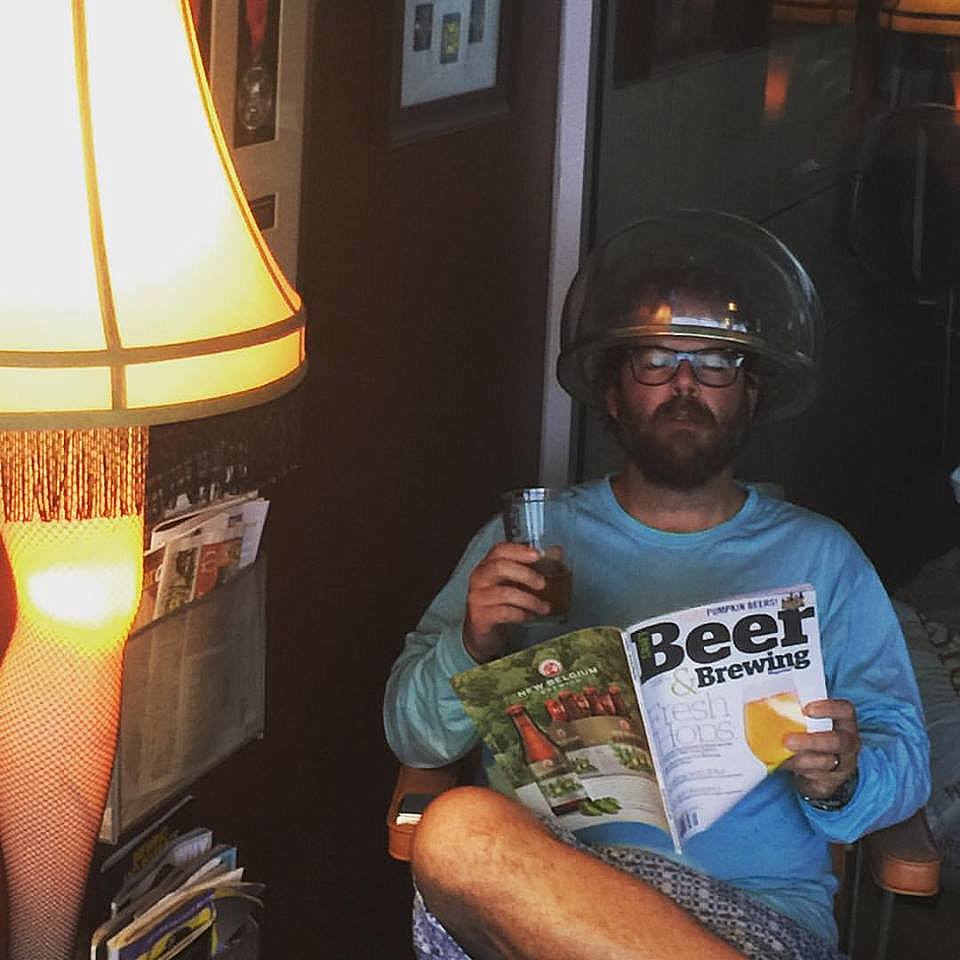 What is the inspiration(s) behind Flood Tide?  Flood Tide Co’s inspiration comes from many things, and they are all different. We act like kids and we get a lot of inspiration from our times growing up or in college. We love vintage looks and styles with a new twist.  We try to make everything unique, and something that we would be proud to see on the street or on the boat. We want to be great at what we do.  Here’s an analogy: we produce our stuff like a band.  We aren’t going to put out an album with seven songs that rock and three filler tracks that suck, just because you need ten songs to make an album.  We want all our songs to rock.

99% of the inspiration comes from Paul, but I feel that both of us do great at working with each other on each other’s ideas to make it all come to life. We’ve had shirts and hats that have been planned out for a year, but the release is very managed and controlled.  We’ve also had situations where an idea comes to us, and by the end of the day we have a design and a completed order that starts production tomorrow.  In general, the goal of our products is that we want every Flood Tide Co. Shirt, T-shirt, and hat to be the customer’s favorite.  We want it to start a marital dispute if thrown away. 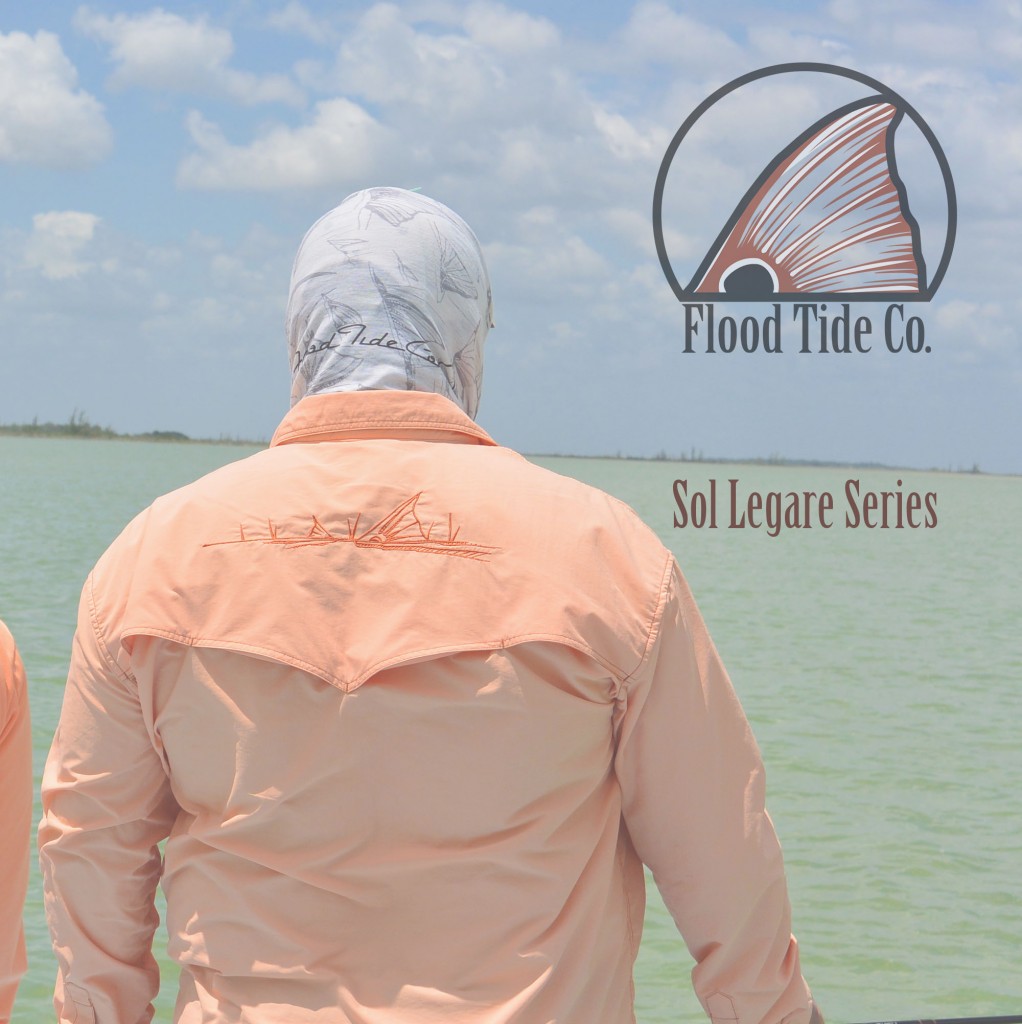 What is your favorite Flood Tide product?  Paul: Sol Legare Button up shirt, Paul designed this shirt from the bottom up and this series is amazing.  It’s a huge milestone for us as a company.
Will: I love our t-shirts because of the quality. That was one thing that was always a ‘no questions asked’ or no deviation from having the highest quality T-shirts. You cant beat a great feeling T-shirt. But the Hunley shorts are awesome. I sleep well knowing that if everyone stops buying them right now, I will never lack a great pair of shorts. 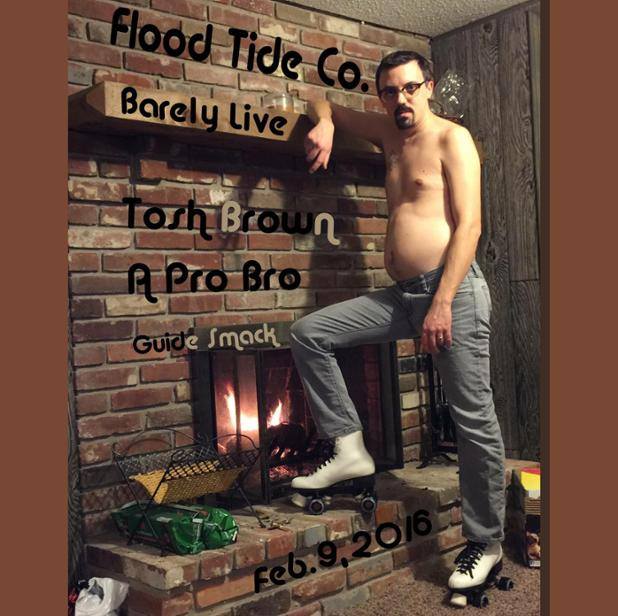 What is the Flood Tide tour all about?  We love doing the tour.  It’s tough, because as the business has grown, it has become more difficult to do.  It requires traveling to events put on by our great dealers and connecting with customers, many of whom have become friends. You meet new people, go to great places, fish and get to enjoy these people’s backyards and see why they are so proud of it, just the same as we are with our backyard. 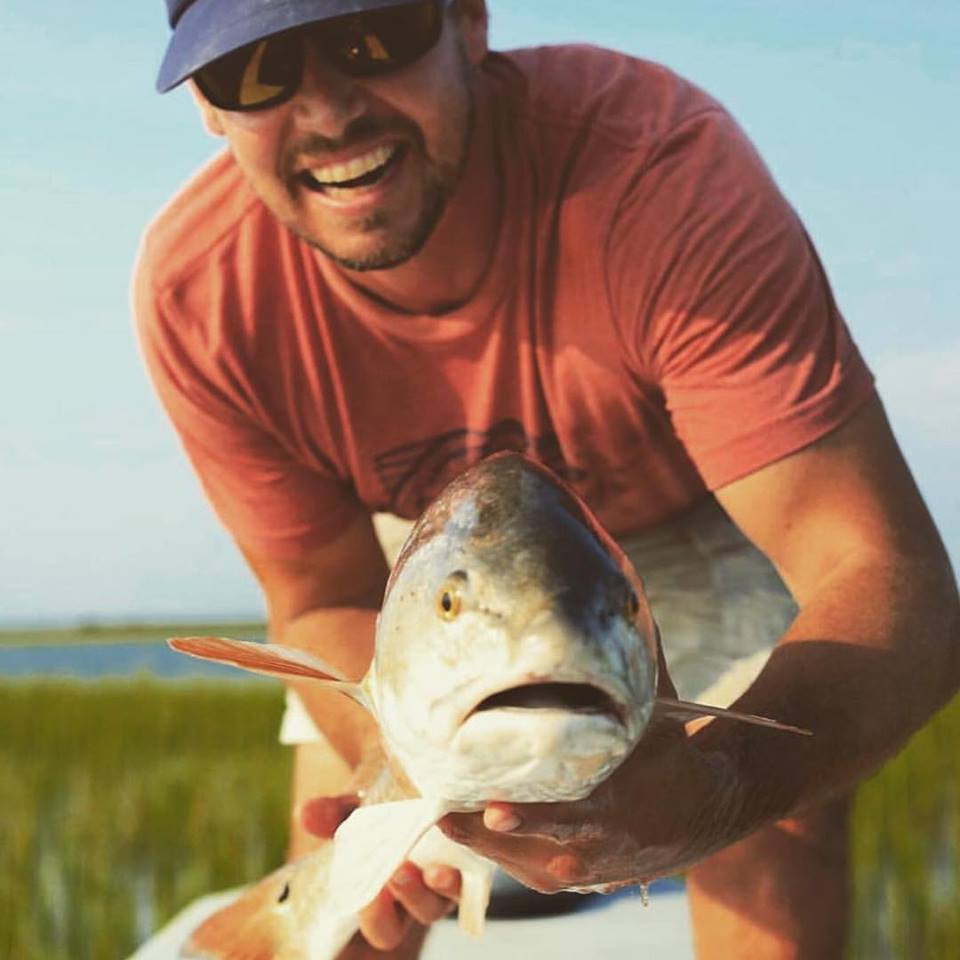 What does ‘Good Clean Livin’ mean to you?  HA! Good Clean Livin’! This was a expression in our group of friends for everything we did. It could range from being over-served by the bartender, or catching a big Brown Trout on size 20 midge. Our customers and supporters of Flood Tide Co. have taken that tag line and run with it. I feel it represents taking risks, enjoying the outside world and loving every minute it. We have a lot of passion for Flood Tide Co. and passion is a great thing when you can find it in something your doing for a living.What is on your Spotify playlist?  Drive by Truckers, Robert Earl Keen, James McMurtry, The Futurebirds, Trampled by Turtles, Bruce Springsteen,  My Morning Jacket, Justin Towns Earle and The Band…the list goes on.