It’s hard to believe that Panic in the Streets was 18 years ago Monday…  What a weekend.  I’ve probably seen over 30 Panic shows, but this one was special…it seemed that the world descended on Athens, Georgia for the weekend.  It is one of my fondest memories.

WSP has always had a special place in my heart.  I still listen to their first four albums quite a bit…‘Ain’t Life Grand’ always makes me think of Athens…drinking beer on some porch to be exact.  I don’t think they’ll ever get old.  The first show I saw was in 1996, and the most recent was in 2014.  They were as good then as they are now.  A little different (RIP Mikey), but they still tear the roof off.  The crowds have changed as well.  All of us that followed them back in the 90s have gotten a little older, and a little stiffer, but the music has stayed the same. 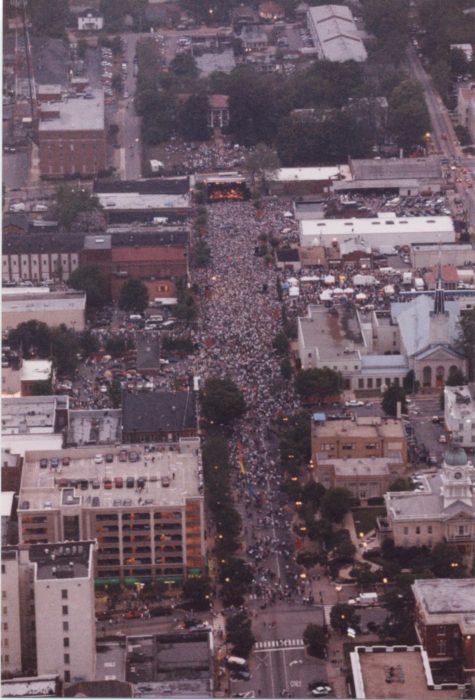 Back to the show…We pulled into town on Thursday night, as all the bars and venues had some incredible bands playing.  If memory serves, we saw Jupiter Coyote at a Fraternity house on Thursday night, and Allgood on Friday night somewhere in town.  It was essentially a 48-hour tailgate waiting for Saturday night.

Widespread Panic set up stage in SAE’s front yard, and all the fans loaded up on Washington Street for the show.  And what a setlist: 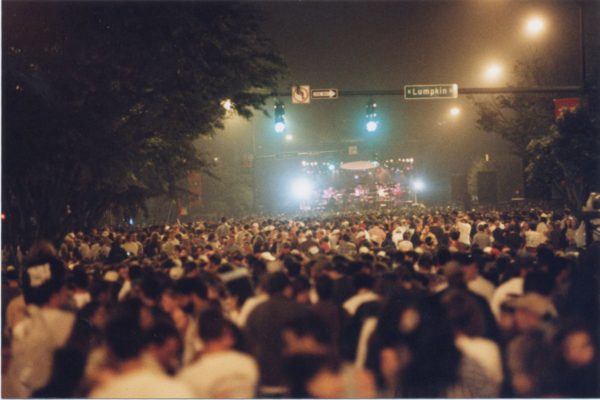 It was one of the friendliest large groups of people I’ve ever been around. At that point in my life, the only thing comparable was Music Midtown in Atlanta, where most folks kept to themselves.  No one at Midtown was there to see the same band.  Music Midtown was great, but it didn’t have the communal feeling that Panic in the Streets did.  If memory serves, there weren’t that many arrests in Athens, but the town was essentially trashed.  Still – it was a GREAT time.

One memory that sticks with me was trying to get beer.  By the end of the first set, everyone was dry.  “Tall Boy” really got everyone going, and “Walkin'” brought everyone to another level.  I went into Georgia Bar and finally made my way to the bar.  It was fire-hazzard packed.  I asked the bartender for six cold Budweisers.  Nope.  Miller Lites.  Nope.  Coors Lights.  Nope.

“I’ve got a case of Miller High Life.  But they’re warm.”