Remember that vintage Sage Barbour Bedale I found a while back?  Well, it arrived, and I immediately sent it up to New England Reproofers for a wash and a re-waxing.  As usual, they did an awesome job, and I will continue to use them for their service.

Now, anyone who has an vintage Barbour knows that there is a musty smell that can be annoying.  I have a couple older Barbours, and while they all have that slight musty smell, it’s not something that will deter me from wearing any of them.  Regardless, I did some reading on how to spruce them up, so I decided to give it a try.

Through a couple posts and forums, I saw that there are quite a few popular ways to remediate the musty smell from a Barbour.  Freezing is one, but that doesn’t do anything but make the jacket cold, and the musty odor doesn’t ever leave the jacket.  Another popular option is using diluted vodka and vanilla.  My work is a variation of that….

The recipe calls for spraying the wax with diluted vodka and letting it dry out.  I don’t have any vodka at the house, so I skipped that.  The first thing I did was to give the inside a few healthy sprays of Fabreeze.  I’ve had luck with this in the past, so I did it again.  The second thing I did was take three cotton balls with a few drops of vanilla extract, and seal them along with the jacket inside of a dry cleaning bag.

From what I’ve read, these steps won’t get rid of the musty odor, but it will spruce it up quite a bit. 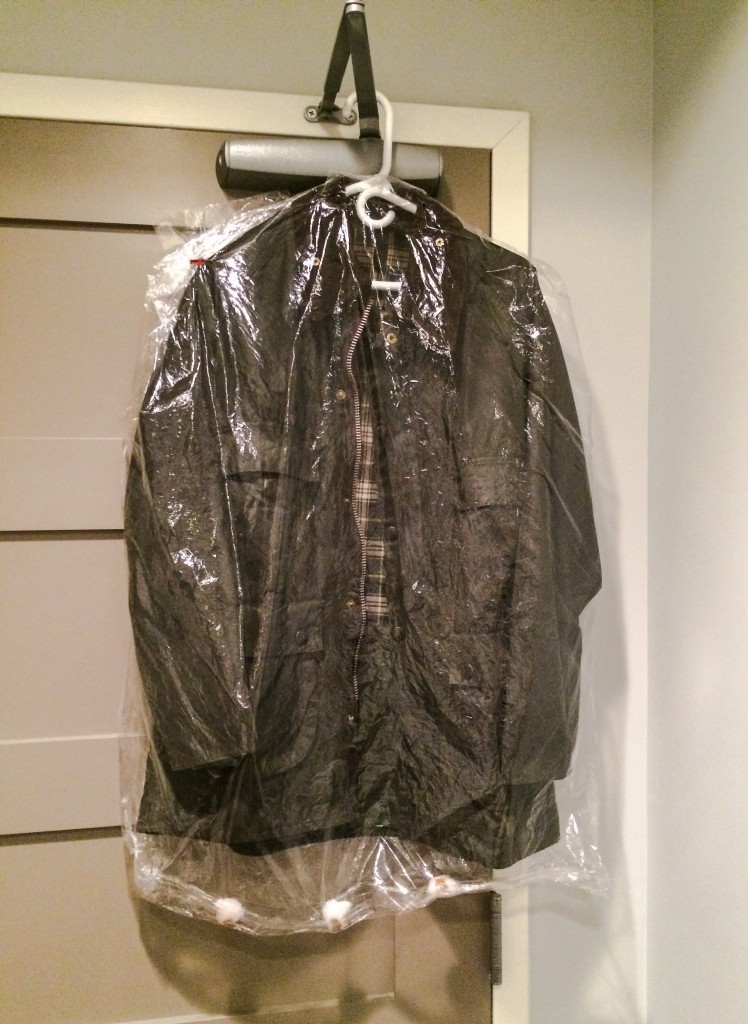 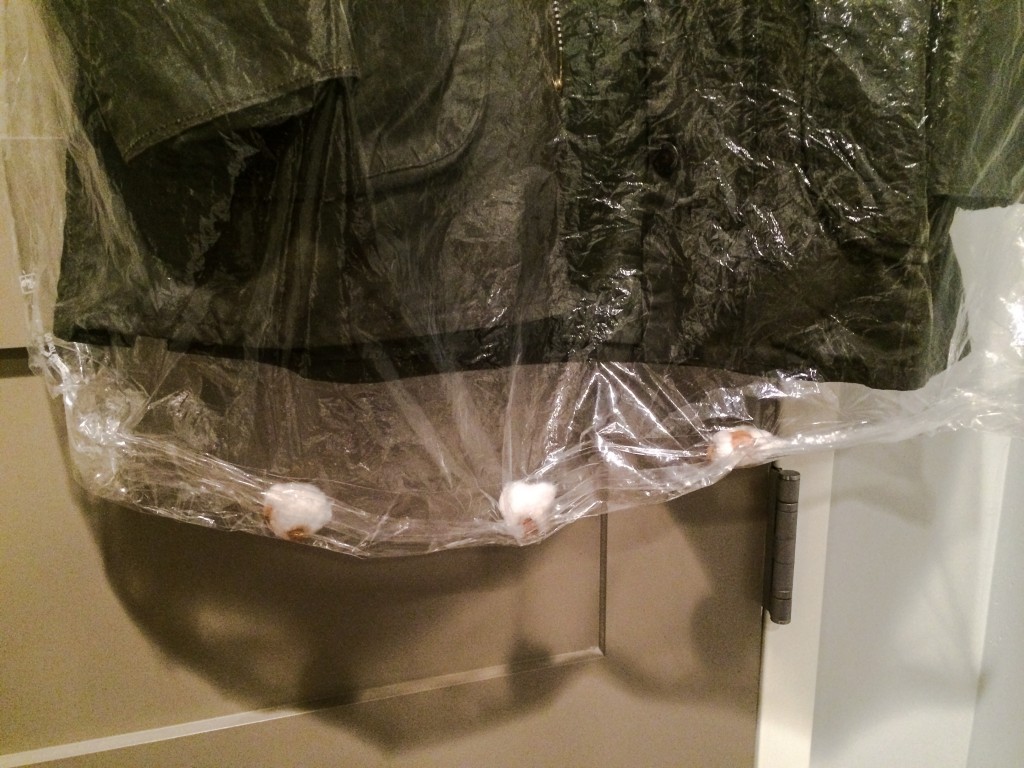 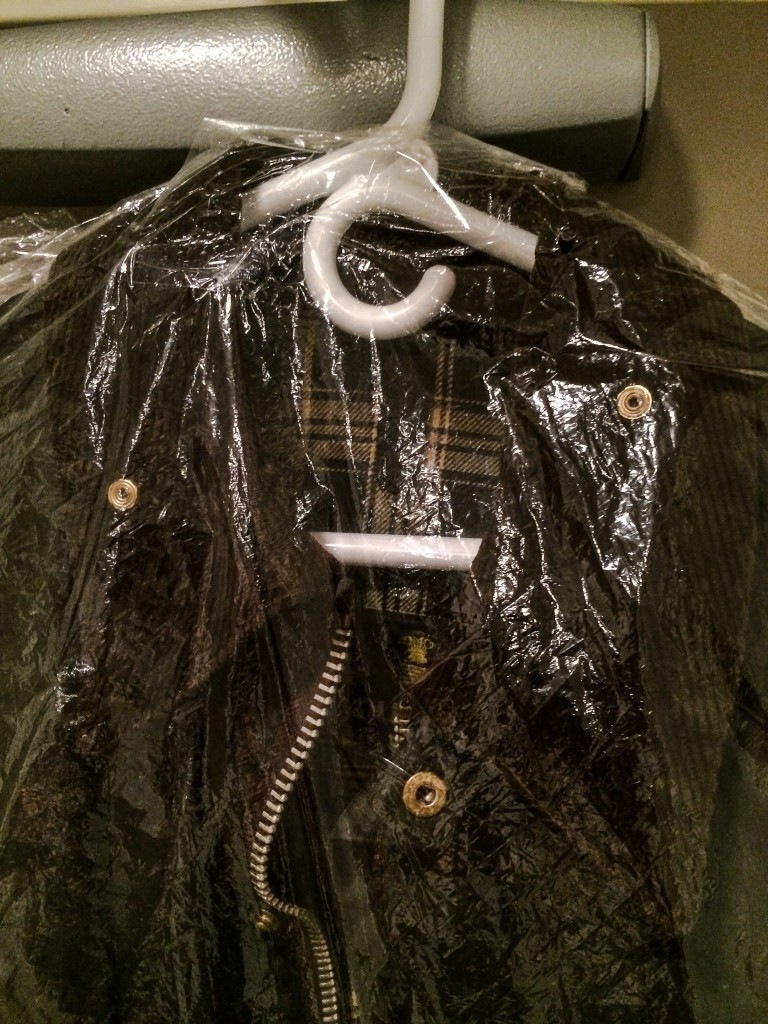 What do you think?  How crazy is this?  Does it sound like I own a bunch of cats?