There seems to be some sort of momentum in allowing a designated hitter in the National League.  Apparently it will make interleague play easier, and make the game more ‘exciting’.  While there is no doubt that MLB is having a hard time marketing their product, artificially adding more offense is the wrong direction.  Instead, this humble writer’s opinion is to go the other way – abolish the designated hitter altogether.

I hate the designated hitter, probably because I never pitched.  The DH is the second worst thing in baseball (free agency is numero uno).  I played catcher for a couple years in high school, which besides wearing out my knees, helped develop my distaste for pitchers.  Especially pitchers that thought they were untouchable. 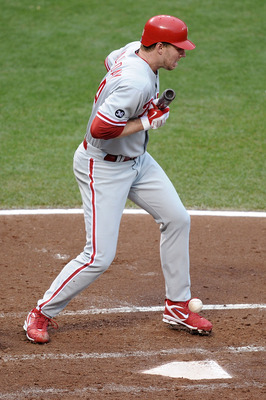 Roy Halladay – ‘A’ for effort.

In little league, the pitchers were typically the best players on the team, and they alternated taking the mound with the second best player on the team over at shortstop.  JV and Legion ball is when the pitchers started to separate themselves from the commoners.  They didn’t field grounders.  They didn’t hit in the cages.  All they did was run, that weird drill where they cover first on a ground ball to the first baseman, and pitch.  And bitch. 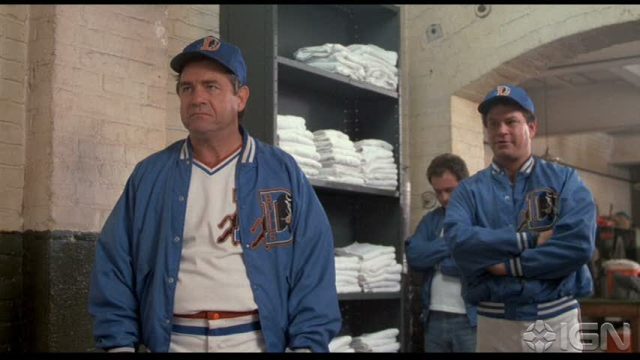 The greatest move ever made.

In the immortal words of Skip – the head coach of the Durham Bulls (in the movie): “This is a simple game: You throw the ball, you hit the ball, you catch the ball”.  I don’t know a better way to sum up the great game of baseball.  My opinion – if you step on the field, you need a glove AND a bat.  Hold your own.  I would look at it as a blow to my manhood if someone had to hit for me.  “No, no, pitcher – you stay on the bench.  I’ll go hit for you.  Can I get you anything else?”.  Clearly I would refuse to play for an American League team.  Sure they score more runs, but it’s such a weak move. 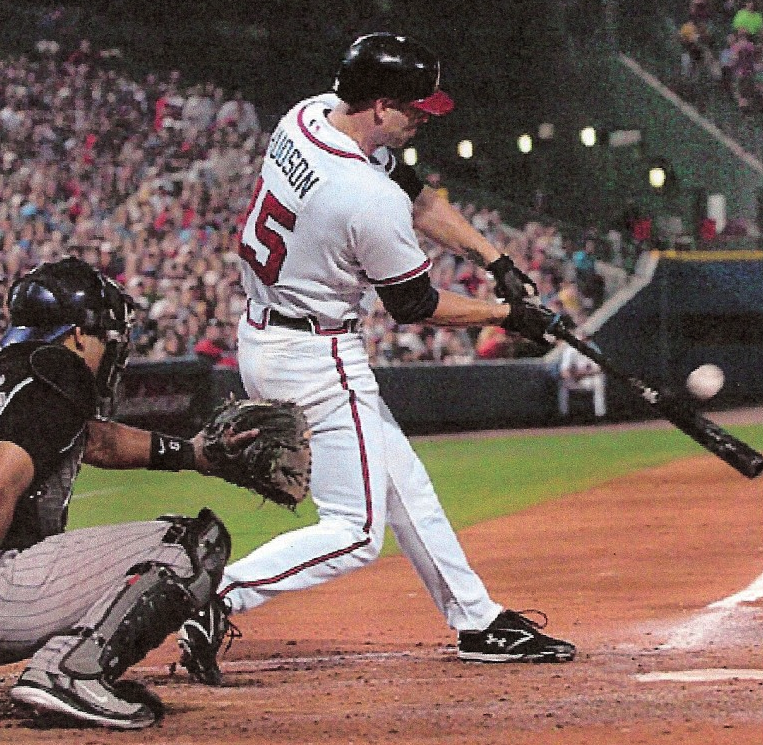 One man that should be an example to every pitcher: Tim Hudson, the pitcher for the Atlanta Braves. 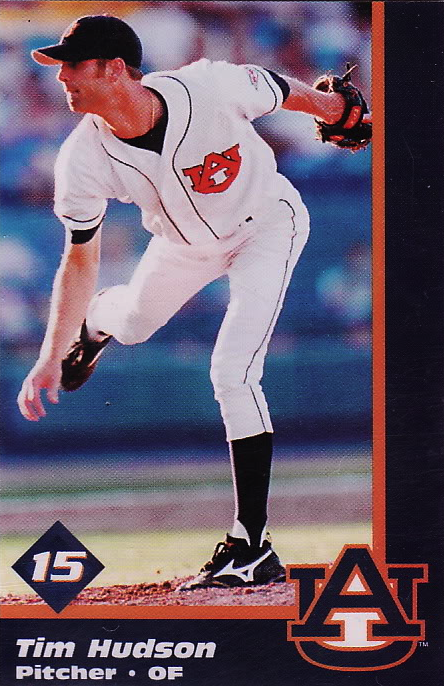 In 1997, the then Auburn Tiger was named the top player in college baseball with a 2.97 ERA, 15 wins, and a .396 batting average.  Tim Hudson is a ballplayer.  Yes, he pitches, but have you ever seen him uncomfortable while at bat?  Lord no – he wants to hit.  He dares the pitcher to hang a curve ball.  He knows how to take a pitch.  He runs out ground balls.

So pardon the rant, but the thought of bringing the DH to the National League touches a nerve.  What do you think?  I’m I being to much of a traditionalist?  Am I right on point?  Lemme know.