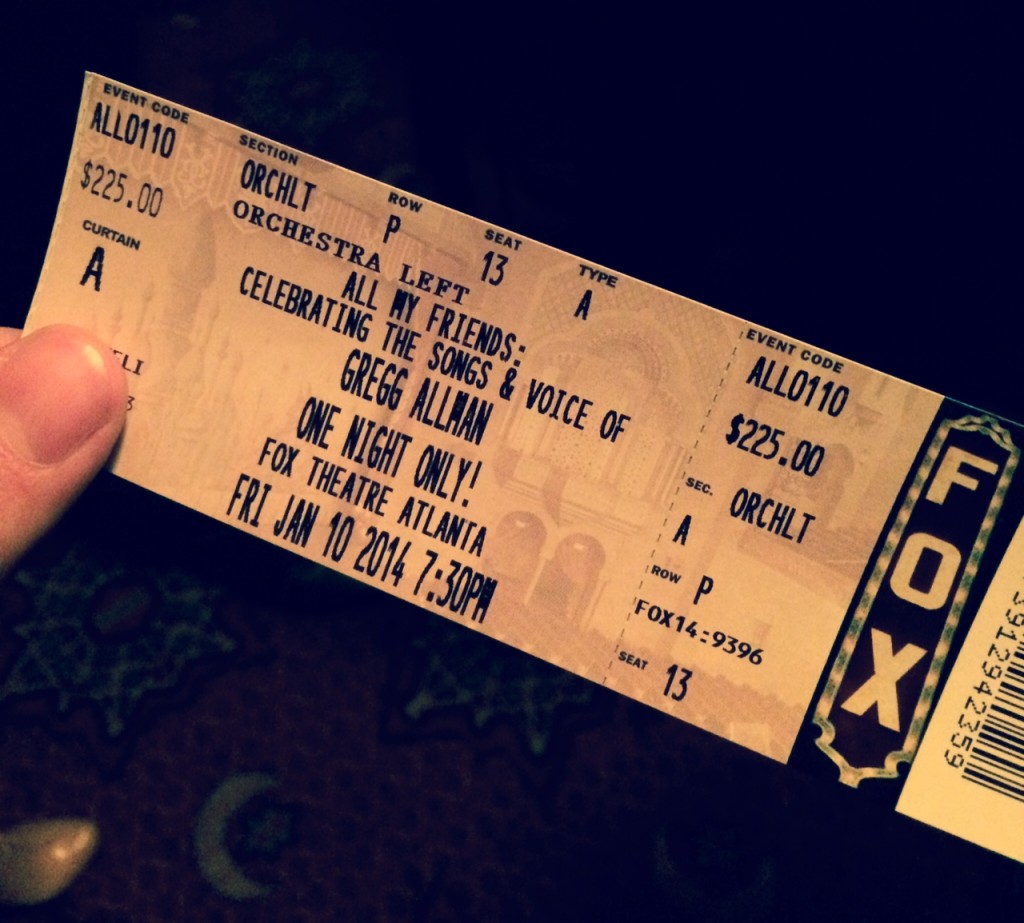 The Fiance and I were lucky enough to score a couple of the hottest tickets in town: the Gregg Allman celebration concert at the Fabulous Fox in downtown Atlanta.  What a night.  I’ve been to hundreds of concerts, six of which were the Allman Brothers at various locations around Atlanta (mostly Lakewood), but I’ve never seen anything like this.  It was a collection of some of the most talented musicians paying homage to one of the greatest artist of all time: Gregg Allman.  The list of artists was a ‘who’s who’ of Southern rock, blues, and country.  They all came out, one after another, and played an Allman Brothers or Gregg Allman song to a rousing audience.

For the most part, the four hour show had 100% audience karaoke participation.  Come on, it’s the Allman Brothers; how do you NOT sing along?  There were so many highlights…Wordpress won’t let me type them all.  I’ll let the set list speak for itself:

Our seats were incredible.  16th row at the Fox.  If you’ve never been to the Fox, let me tell you, the acoustics are perfect, and being so close was that much better.  Being a lifelong Allman Brothers fan, this was more than a treat.  It was like a religious experience.  While it’s hard to pick favorites, here are a couple that stick in my mind from the show:

Warren Haynes’ “Come & Go Blues” to open the show set the tone for the night.  That dude can rip a guitar.
Robert Randolph is 100% worth the price of admission.  Go see him if you haven’t.
Taj Mahal and Gregg Allman absolutely shredded “Statesboro Blues”.
Trace Adkins brought the house down with “I’m No Angel”.
Martina McBride wore leather pants.
“Midnight Rider” by Gregg Allman, Zac Brown, and Vince Gill was as good a rendition of that song as I’ve ever heard.  They could make that a single.

Let me specifically talk about the Allman Brothers’ set.  They played two songs: “Dreams” (my absolute favorite ABB song) and “Whipping Post”.  I don’t know how else to describe it, but their set was perfect.  “Dreams” was the most beautiful thing I have ever heard.  Period.  I will rank hearing that song live in my top five life experiences (so far).  I can’t wait for the show to be broadcast so you can hear it as well.

To finish the show, the whole crew came out for a touching version of “Will the Circle be Unbroken”.  Very fitting.

Some images from our seats: 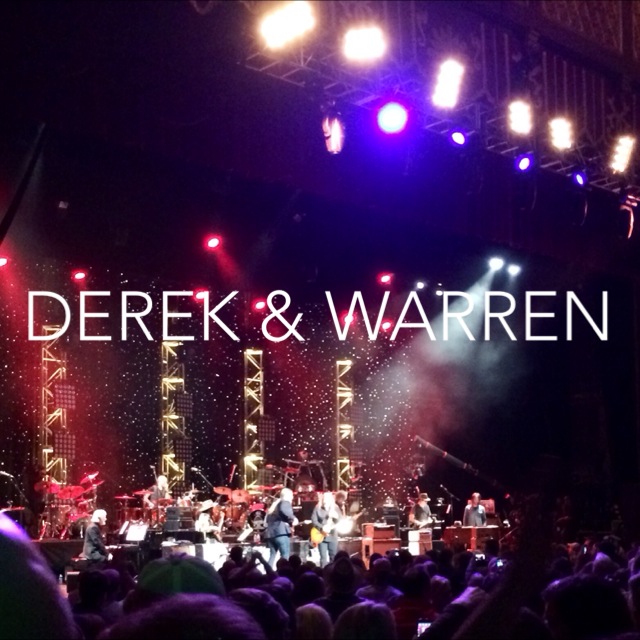 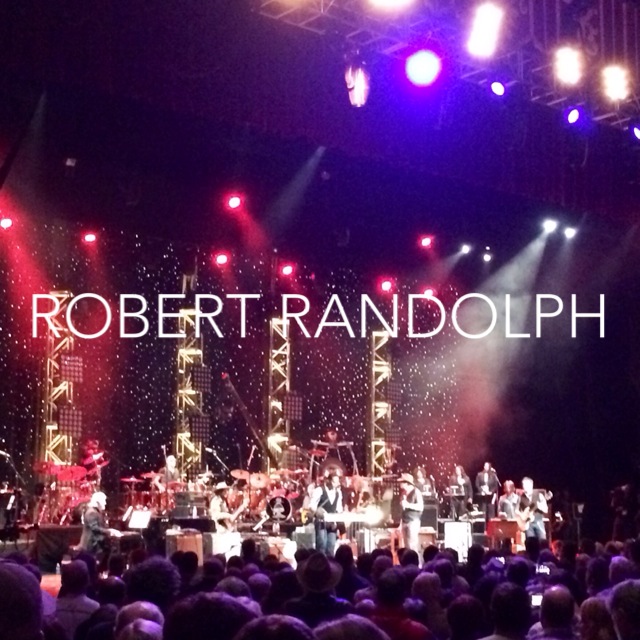 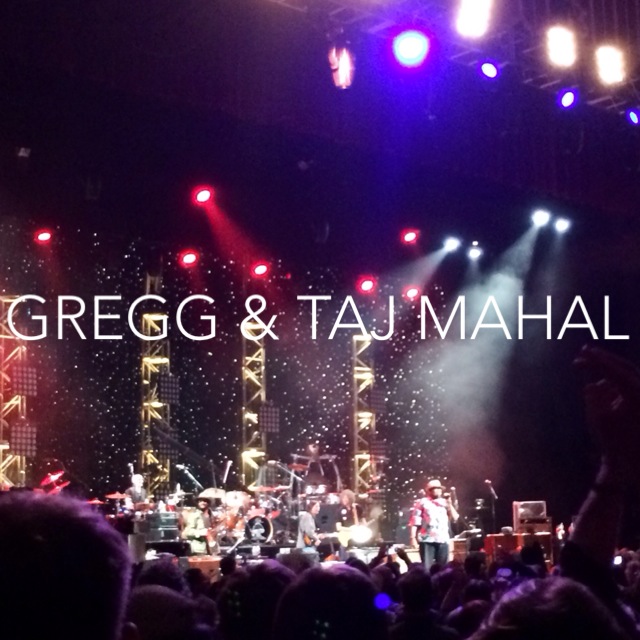 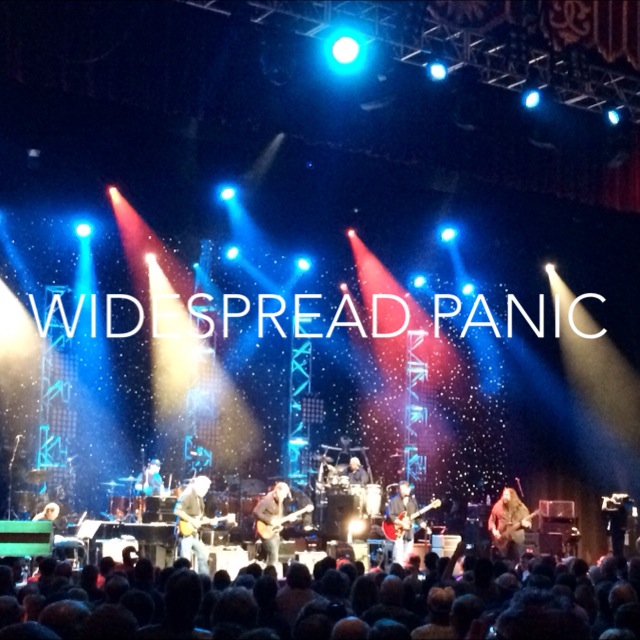 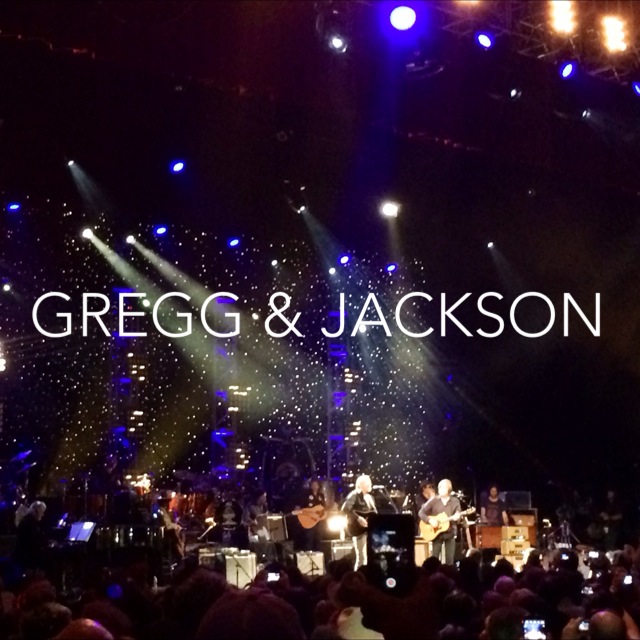 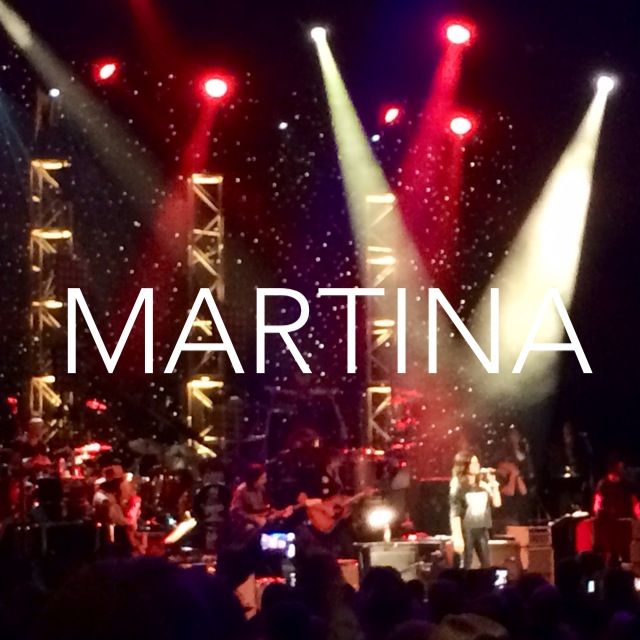 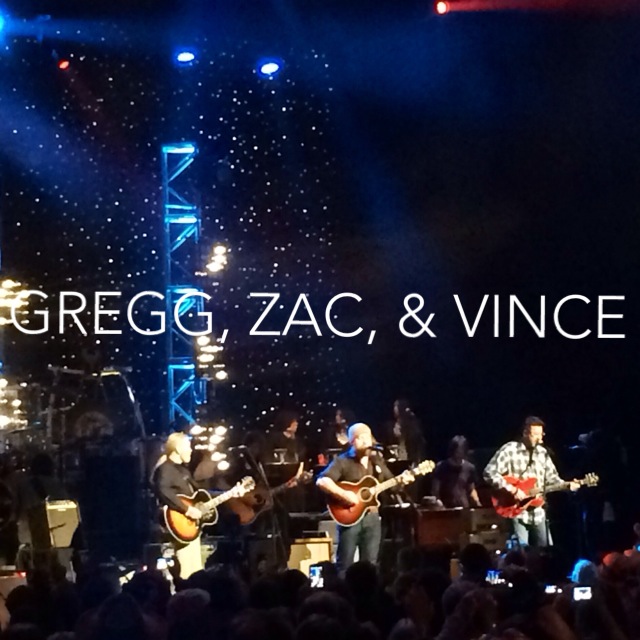 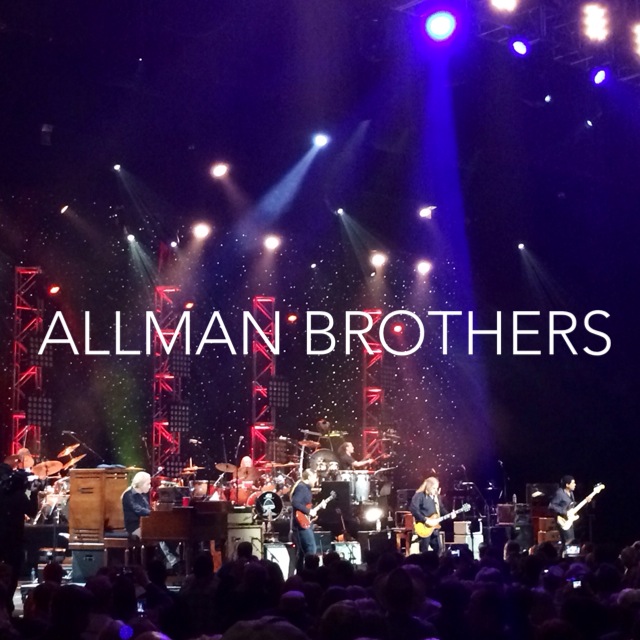 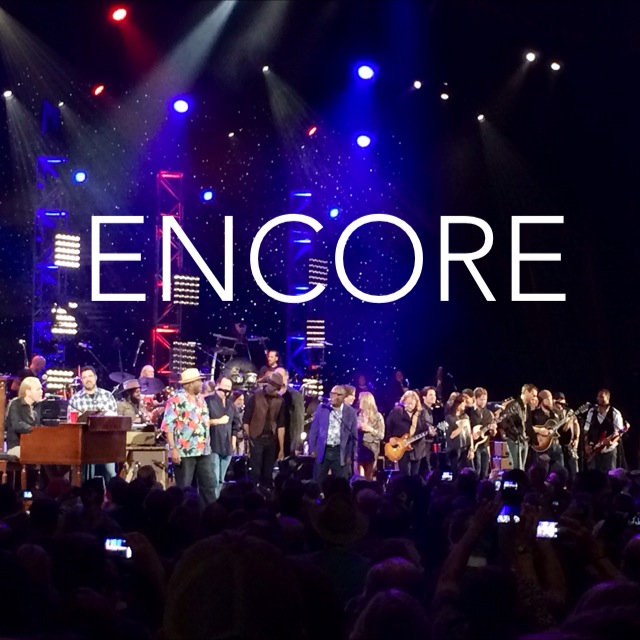