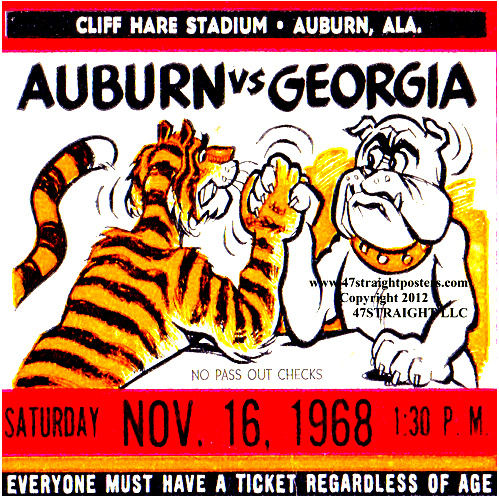 Yep, tomorrow is one of the oldest rivalries in college football: the Georgia Bulldogs face the Auburn Tigers, which this year looks to be the equivalent of two AAA high school teams making sure their cleats are on the right feet.  It’s a noon game, for God’s sake…when was the last time UGA and Auburn played with a noon kickoff??

Well, I’m sure we’ll all be watching anyway.

UGA vs. Auburn has a nice little connection to Lewis Grizzard and the “That Dog’ll Bite You” quote…here you go:

85,000 people jammed into Sanford Stadium. National television audience. This game is on the Armed Service Network. People in Switzerland are seeing this ballgame. Going everywhere.

The band cranks up “Glory, Glory to Ole Georgia” and our team comes running out. 85,000 stand as one.

We are led by our gallant mascot, UGA-U-G-A. What a dog! What a gorgeous dog. What a symbol of ferocity. But UGA ain’t real smart. UGA did not realize he was at a football game. Nor did he realize he was on national television, and was going into living rooms the width and breadth of this great nation.

And there, in front of all them people, he began to lick himself where dogs occasionally want to lick themselves, ok?

We don’t have to get any more graphic than that.

Bubba an’ Earl sittin’ on the fifty.

Bubba sees the dog, punches earl and said, ‘Earl, look at that dog. Dadgum, I wish I could do that.’

And to complete the “been there, done that, and got the t-shirt”, here you go: 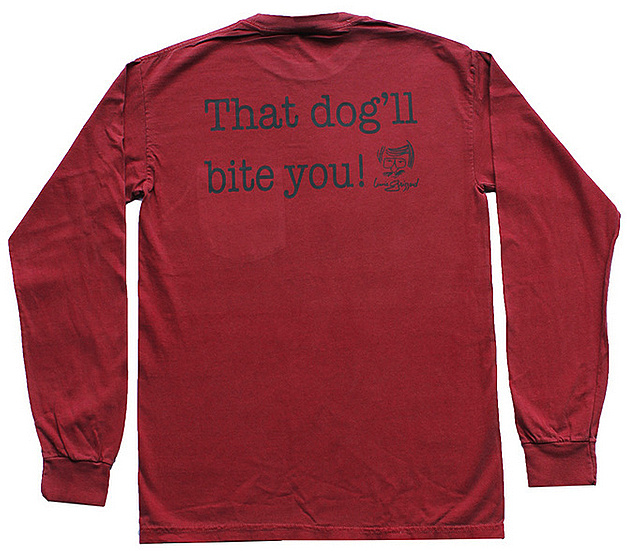