I’m sure many of you remember the blog A Trip Down South.  Trip is an excellent writer, and even though he doesn’t keep his blog going anymore, he still has an opinion.  We have had some excellent conversations through the years, and we are both BIG believers in a high value proposition.  Buy quality, which usually means you only have to buy it once.

Trip is a big Seiko guy, for reasons he’ll explain below.  I asked him to put together a piece for your enjoyment:

One doesn’t have to look very far in the men’s Instagram/Tumblr/Pinterest/blogosphere world to see that the landscape is dominated by people marketing overpriced quartz watches. From the Timexes sold by JCrew to Michael Kors to perhaps the greatest perpetrator, Shinola, people seem to be willing to pay exorbitant prices for watches that cost just a few handful of dollars to make. They do this because of great marketing and consumer ignorance. I’m here to offer a better alternative.

Quartz movements were practically miraculous when they were introduced in the 1960s. No longer did one have to worry about constantly winding a mechanical watch or paying for expensive watch servicing. All you had to do was pop a battery inside and your watch kept perfect time every time you pulled it out of the drawer. However, decades later, as in many areas of life, I think we’ve realized that just because something is easier doesn’t mean that it’s necessarily better.

The “luxury” watch brands (with a scant few exceptions) do not use quartz movements, which typically cost pennies to manufacture. Omega, Panerai, Rolex, Patek Phillippe: they all use mechanical movements–composed of actual gears, springs, and rotors–and more specifically, they usually use “automatic” movements. These movements wind on their own as your arm moves throughout the day. There is no crown to wind daily and there is no battery to replace; what could be so complex yet so simple? An automatic movement can typically be distinguished from a mechanical movement due to the fact that its second hand does not tick-tick-tick, as on a quartz watch, but sweeps smoothly around the face of the watch. The complexity in designing and assembling these movements is what contributes to the price of these watches and what makes them such status symbols. A Shinola watch may have a great look and may be assembled in Detroit (kind of…), but due to its quartz heart, it will simply never share the same value as a Rolex Datejust. Is it even worth $600? I would say, absolutely not.

OK, so, assuming I have convinced you that you need to move on from the quartz watches sold by these hucksters, you may be saying “That is all well and good, but I’m not in a position in life where I can drop several thousand dollars on a watch.” To you I would say: “Welcome to the club!” There is obviously only a small portion of the population that can afford to spend $6,000 on a Submariner. For the rest of us, though, there is Seiko.

Although your only reference to Seiko might be the crappy quartz Seiko that your grandfather wore, the company has been making mechanical watches for nearly 100 years. They produce watches, all with in-house movements, in a seemingly-endless number of styles and price points, with outstanding quality and durability. Don’t be mistaken: this is a serious watch company that produces models retailing for over $6,000 (the Grand Seikos, as they’re known). The value proposition in these watches is unlike nearly anything else on the market. No matter what your budget, if you are willing to spend more than $40 on a watch, Seiko has something for you. Here are five models that I’ve selected at a variety of price points that would be great alternatives to anything sold at JCrew. 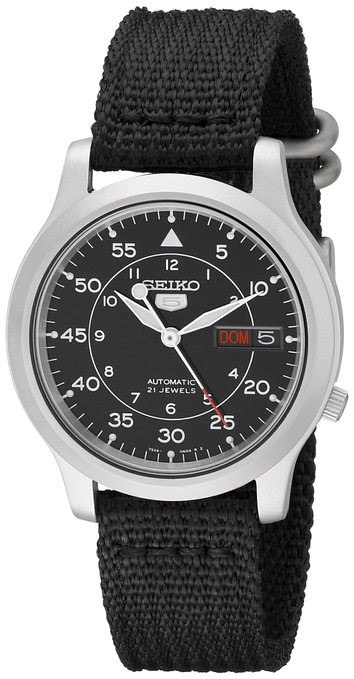 Clocking in under $60, this watch is a great way to get into mechanical watches. In a classic field-watch style, it measures in at 36mm, which is a bit small by today’s standards, but still wears well. It comes on a nylon strap that can easily be swapped out for any 18mm NATO strap (use the one from your JCrew Timex, which you’ve now thrown in the trashcan). 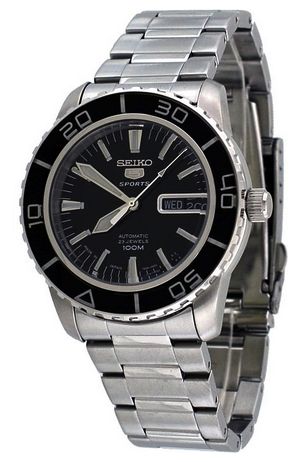 This watch is inspired by the dive watches of the 1960s, the Blancpain Fifty Fathoms, in particular. It’s a a more robustly-sized watch at 41mm has a slightly domed crystal which helps with the vintage look. If you’re feeling more bold, go for the SNZH57 which features gold hands and indices. 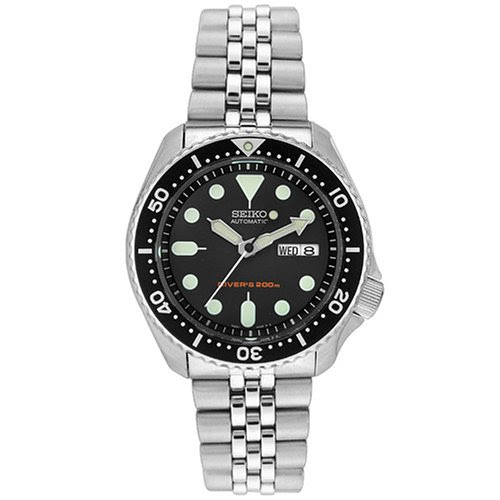 Arguably Seiko’s best bang for the buck for nearly 20 years, the 007 as it’s typically known, is a fantastic watch for under $200. It features a screwdown crown and water resistance up to 200 meters. It is available on the pictured jubilee bracelet, but looks equally great on a NATO strap or leather band. If you’re going to have only one watch, this is the one to get. 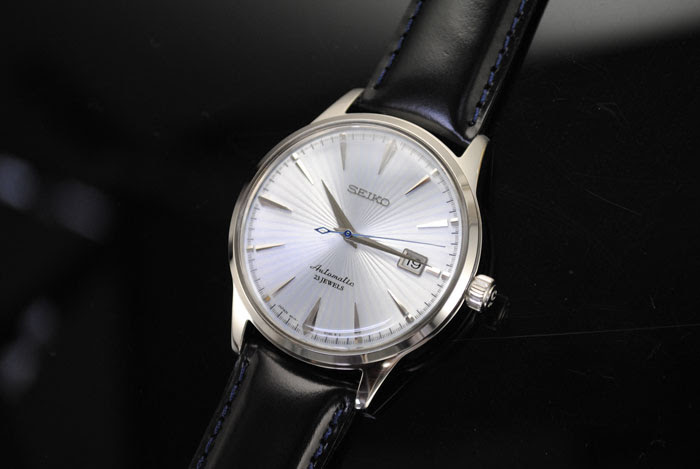 Known in the Seiko circles by the nickname “Cocktail Time,” this is a classic dress watch that represents a bit of a step up in price, but also quality. The dial on this watch has to be seen in motion to be really appreciated. It even comes on a deployment clasp leather band. And still for less than a Shinola! 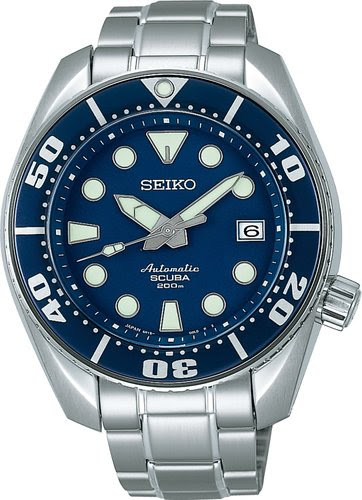 The blue version of the watch nicknamed the Sumo, this model, often known as the “Blumo,” is a very high quality and unique diver. It features Seiko’s 6R15 movement which hacks and allows you to hand-wind it. With its large bezel numbers, chunky hour hand, and second hand that is a throwback to the older Seiko divers, this watch will never be confused for a Submariner rip-off. A beefy watch to be sure, it is balanced by a reasonable 20mm lug width.

As mentioned, Seiko produces a nearly endless variety of watches, many of which feature their automatic movements. Typing “seiko” into Amazon produces over 7,000 results, and that may not include a large number of models that aren’t available directly to the US market. Often times, each model comes in a variety of dial, hand, and case colors. In addition to the SNK809 (black) mentioned above, there is the SNK803 (tan), SNK805 (olive), and SNK807 (navy). This naming convention applies to many models and experimentation typing potential names into Google often produces good results. To help guide your way through all of these models, I highly recommend checking out the Seiko forum on Watchuseek http://forums.watchuseek.com/f21/ It is a place full of knowledgeable and helpful people who have a passion for Seikos. This post doesn’t even touch on the burgeoning world of Seiko modding. You can read more about that field in this article from Wired http://www.wired.com/2014/09/seiko-model-5-hacking/

Where are the best places to buy Seikos? Sorry local shopping advocates, but you can skip your local department store, and even the Seiko outlet stores. The selections and prices at these places are not worth investigating. Not surprisingly, Amazon is a great place to find many models, and often at the best prices. Creation Watches http://www.creationwatches.com/ is also another great place to look and compare prices. I have ordered several watches from them and have been very please. There are usually good prices on EBay, though, I would recommend having a bit of experience under your belt before looking on there.

I hope that this article has convinced you to look beyond the marketing hype of your favorite mall brand, and to look into a watch where you are paying for quality and engineering, not the hype.