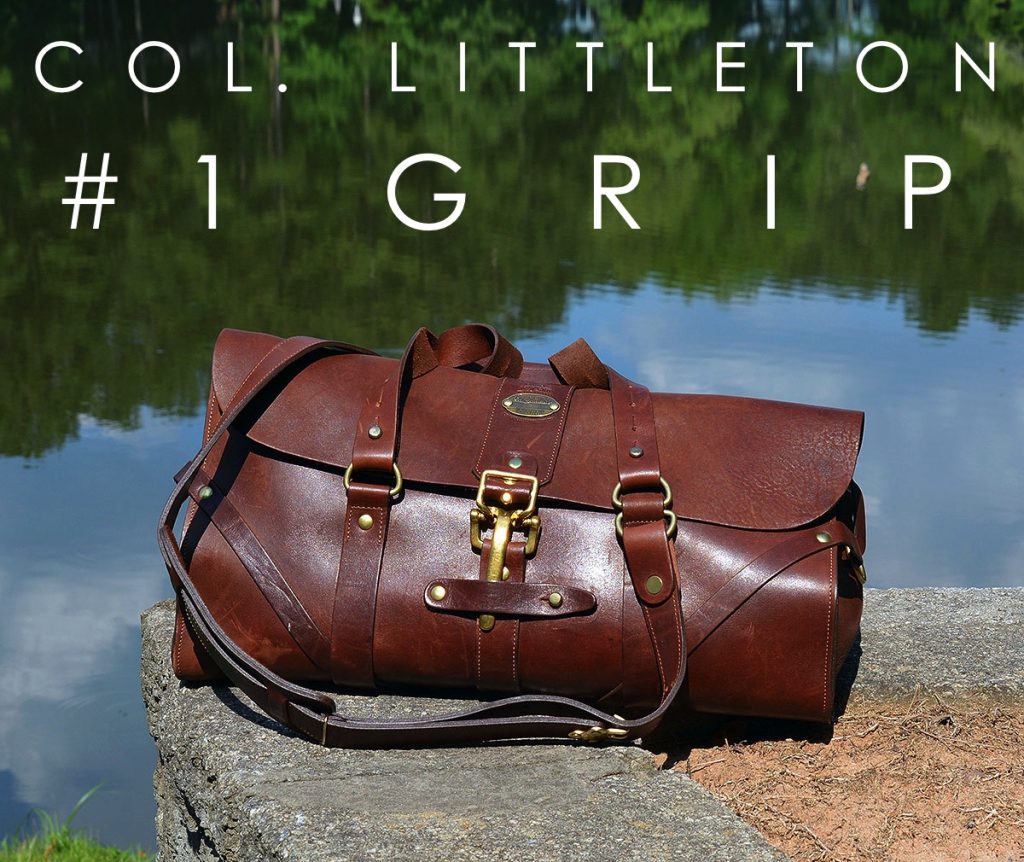 Dealing with companies that do it right is such a pleasure.  One of those companies is Colonel Littleton out of Lynnville, Tennessee (Population: 327).  (People).  I’ve used their products for years, specifically their front pocket wallet, which just celebrated it’s tenth year in my possession.  It has only gotten better with age.  I’ve recently started using one of their No. 18 Portfolios, and have a feeling it will have a similar lifespan.

In working with the team at Colonel Littleton, they asked me to try out one of their bags so I could review it.  They were asking for nothing more than an honest review.  I told them I had been looking for a handsome, leather duffle bag for a while, and they offered their No. 1 Grip.  This was about six months ago; I wanted to get some use out of the bag before I wrote a review.

Out of the box, the bag is a work of art.  It is beautiful.  The leather is sturdy, but not so much that it’s stiff, and the construction is on par with the price point.  While there is some tasteful flare on the bag, it’s not overly complicated.  In fact, the decoration is really functional. 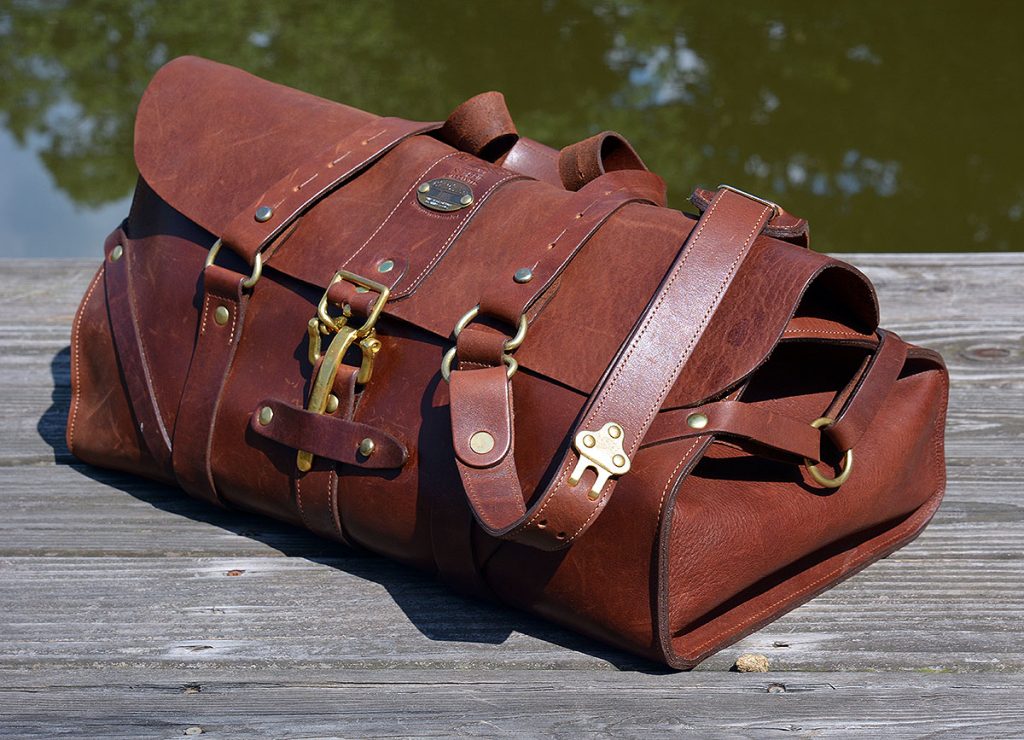 The inside of the bag is one large compartment, measuring roughly a half inch less than it’s 11″ x 18.5″ x 10.5″ external measurements.  There is no zipper, as the top flap acts as the top.  And it works well; it actually makes it a lot easier to close. 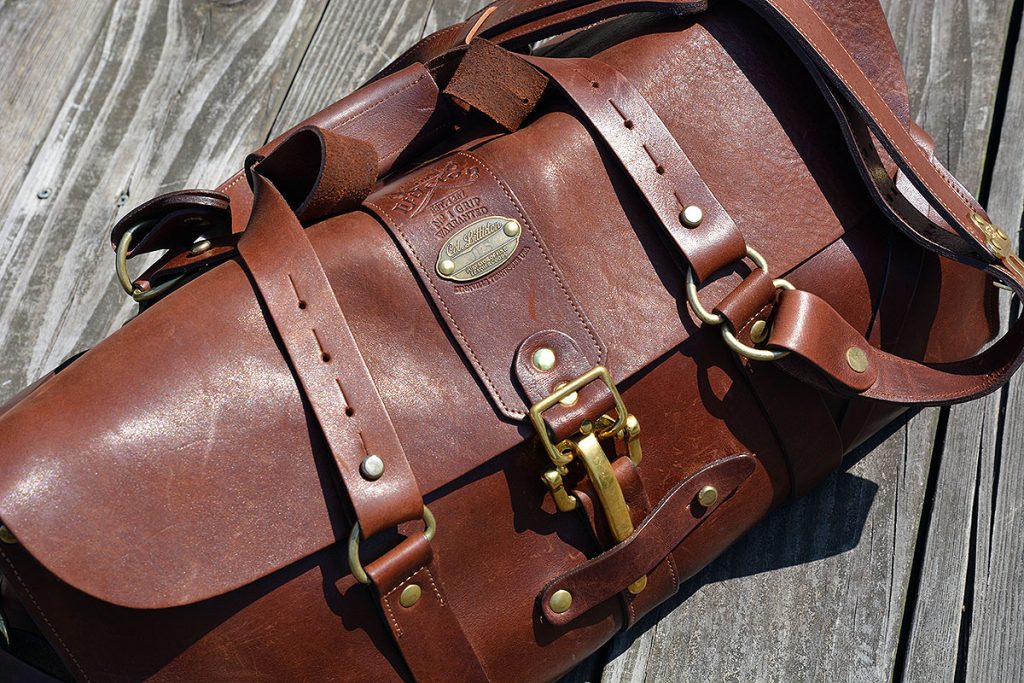 The front clasp is the showstopper.  It functions as the closing mechanism, and also acts as the bag’s badge.  I have gotten so many compliments on this bag…it really is handsome. 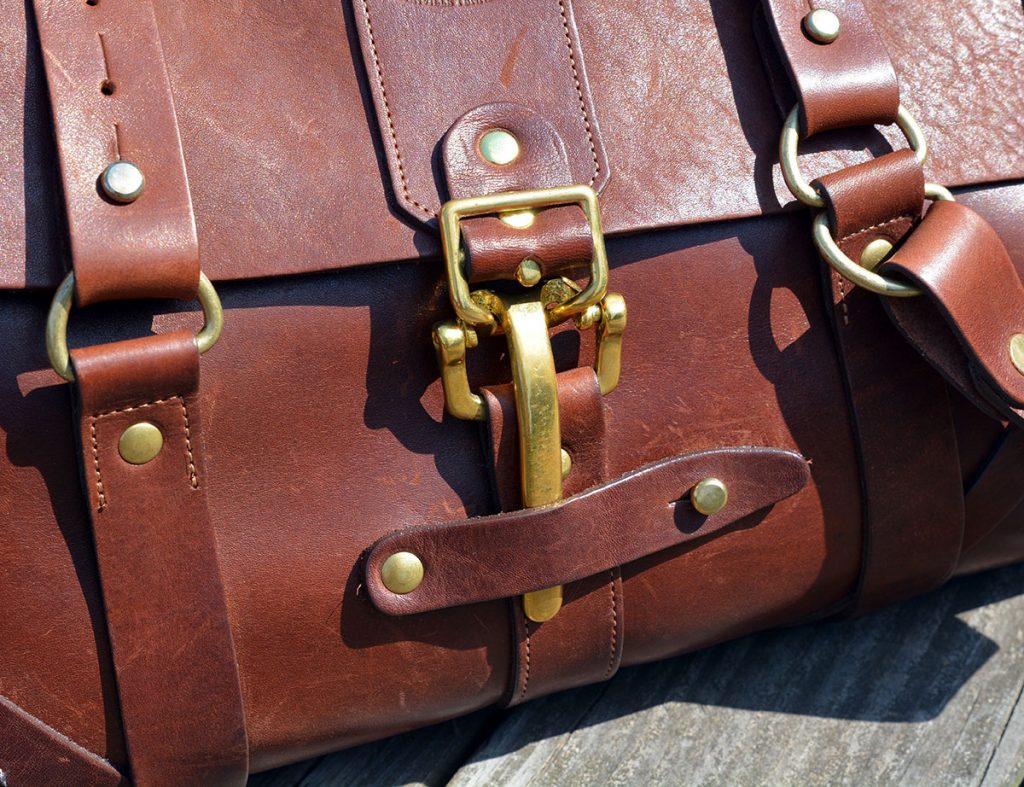 So here’s the six month report.

This bag has been used quite a bit by Mrs. RCS and me, and we’ll continue to do so.  Here is the rundown of each trip:

I brought it to Harbour Island as a briefcase.  I carried my laptop, Mrs. RCS’s and my books for the trip, some magazines, my Nikon D7100 with lens, sunglasses, and a bag with power cords.  This was perfect for the plane rides down, and the shape of the bag is convenient for adding the DSLR camera.  Otherwise, I would have had to carry a briefcase and my camera case.  No fun.

Second, Mrs. RCS has brought it on overnight trips to Nashville and to Tallahassee.  It was a perfect compliment to her garment bag, carrying her personal stuff, makeup, and an extra pair of shoes.  She brought her workout gear in this bag as well.

The bag has gone to Birmingham with me for a long weekend.  It worked well as a weekender – I was able to pack a couple pairs of shorts, some shirts, a couple hats, a book, my personals, and my dopp kit.  It was warm out, and we work flip flops the whole time.

I’ve also used this as an after-work bag quite a bit, carrying a casual change of clothes for either working out, visiting in laws, or other various reasons.

From a functional perspective, the bag works like a champ, and it looks outstanding.  It performs very well, as almost everything is adjustable.  It is a very comfortable bag to carry.

I would say that this bag functions very well as a weekender.  It will fit a couple changes of clothes, some personals, and a pair of loafers no problem.  If you are planning on staying longer than three nights, then make sure you can wear the same pair of shoes the whole time.  It’s not an overly big duffle, as that’s not what it’s built for.  This is the one (maybe two) night special. 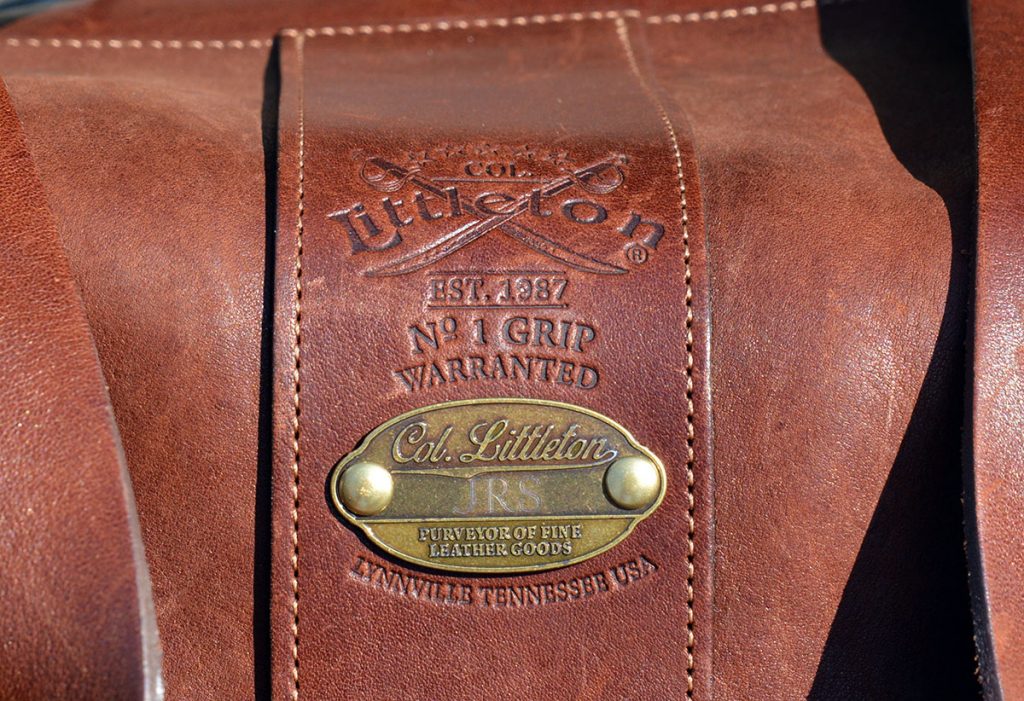 Don’t be too intimidated by the price point.  This is a top-shelf leather bag that is comparable to any you’ll find on the market.  Good leather bags cost money.  This bag is built to last, and will be around for 10+ years.  If anything goes wrong with it, just call the folks in Lynnville and they’ll fix it for you.  They are good people at Colonel Littleton.  Just about anyone that has any experience with the Colonel or his products will vouch for them.