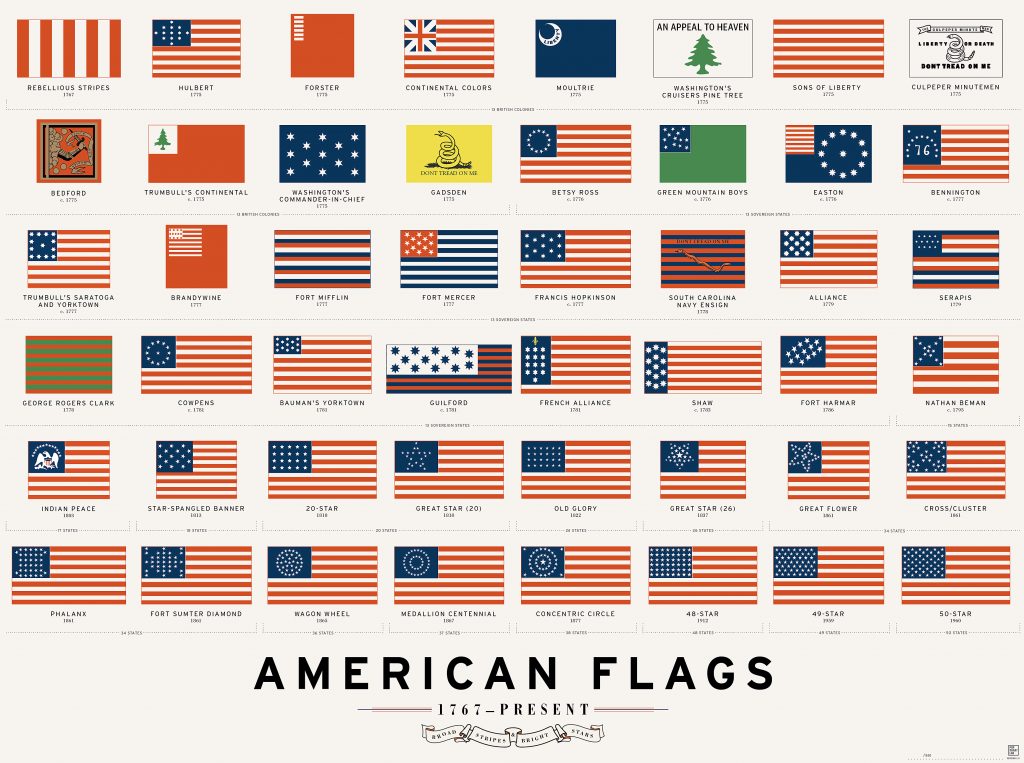 The American flag has been our symbol of unity and strength for 240 years. Displaying the flag is a source of American pride and inspiration for all citizens. It is the symbol of the ‘shining city on the hill’. The flag itself has a unique history, which started back in 1776. On January 1st, 1776, a Congressional resolution was passed which reorganized the Continental Army under George Washington’s control. It was a bad day for American forces, as they were under siege by the British Army in Boston. Washington ordered the Grand Union flag, which had 13 alternating red and white stripes and the British Union Jack in the upper left-hand corner, to be raised above his base at Prospect Hill.

Later that year, in May, Betsy Ross sewed the first American flag. The next year, in June, the Continental Congress passed the first Flag Act:

“Resolved, That the flag of the United States be made of thirteen stripes, alternate red and white;
that the union be thirteen stars, white in a blue field, representing a new Constellation”.

This established the official flag for the new nation.

Since then, Congress has passed 26 acts that changed the shape, design, and arrangement of the flag and allowed for additional stars and stripes to be added to reflect each new state.

Today’s flag was ordered by President Eisenhower on August 21st, 1959, and consists of thirteen horizontal stripes, seven red and six white. The stripes represent the original thirteen colonies, and the stars represent each of the 50 states of the Union. The colors are symbolic as well:

There is flag etiquette that should be followed out of respect for our nation’s greatest symbol:

The flag is displayed at half-mast as a sign of respect or mourning.

The American flag is known by many nicknames: “Stars and Stripes”, “the Star-Spangled Banner”, and “Old Glory”. 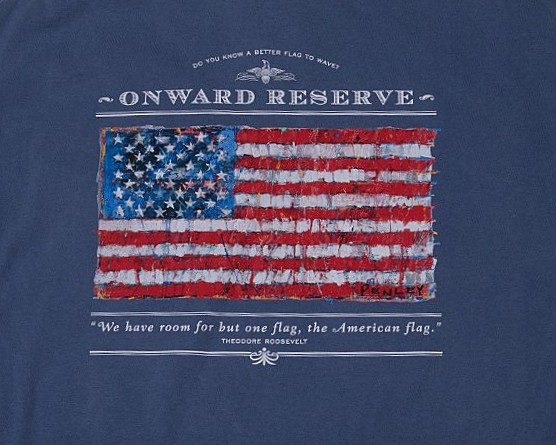 Be a proud American and show the flag its due respect. Stand for the Pledge of Allegiance, put your hand over your heart during the “Star-Spangled Banner”, and shake a veteran’s hand. They, as well as many of our forefathers, fought and died so we can have those freedoms.