The watch problem is at a monumental level.  I recently made a watch purchase (more on that later), but it doesn’t mean I stopped looking.  I’ve had my eye on a Breitling Cosmonaute for quite a while.  The reason I didn’t pull the trigger on one of these beauties is that 24 hour feature.

Astronaut Lt. Commander Scott Carpenter used to wear a Breitling Navitimer during the Korean war.  As he was about to participate in a space mission suggested that a 24-hour watch would make sense in space. He contacted Breitling to produce such a watch.  In May 24th 1962, Scott Carpenter performed the second U.S. manned orbital space flight while wearing his 24-hour Navitimer, onboard Aurora 7 sitting atop the MA-7 rocket. That certainly made this Breitling the first Swiss watch worn in space.  This watch was damaged by water during recovery (because of the slide rule, the first Navitimers were not water resistant), and replaced by Breitling. The first 24h Navitimer was never seen again.

Soon the watch became commercially available under the name “Navitimer Cosmonaute”. Breitling never stopped producing Cosmonautes since then. The current production Cosmonaute shows many similarities with the original model.

I want a vintage one.  White or black face, but the blue is cool, too.  Regardless, feast your eyes: 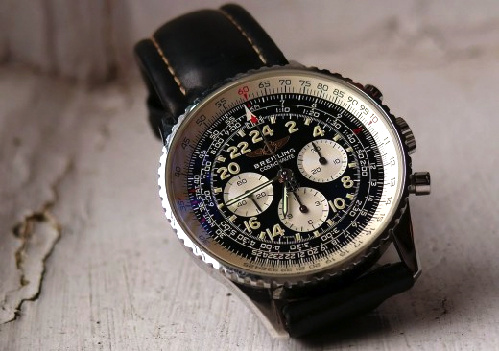 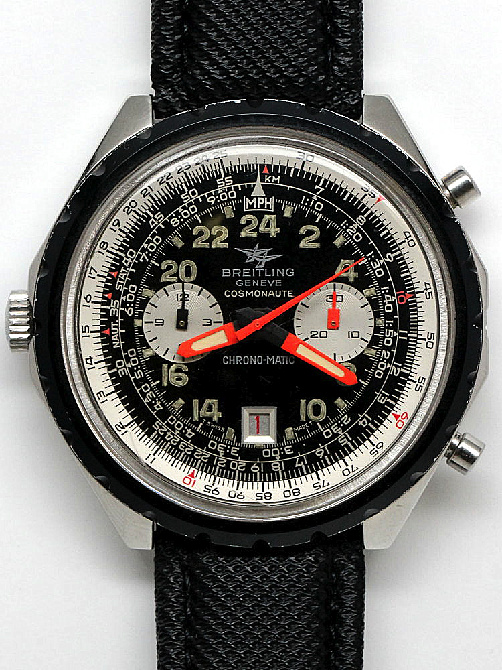 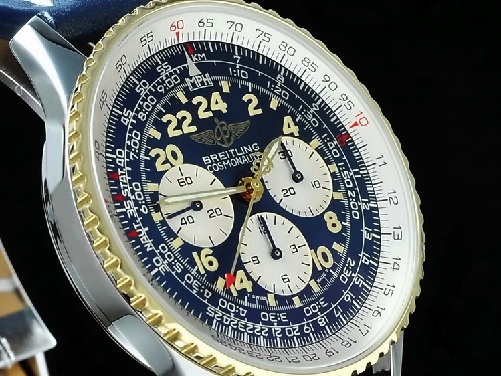 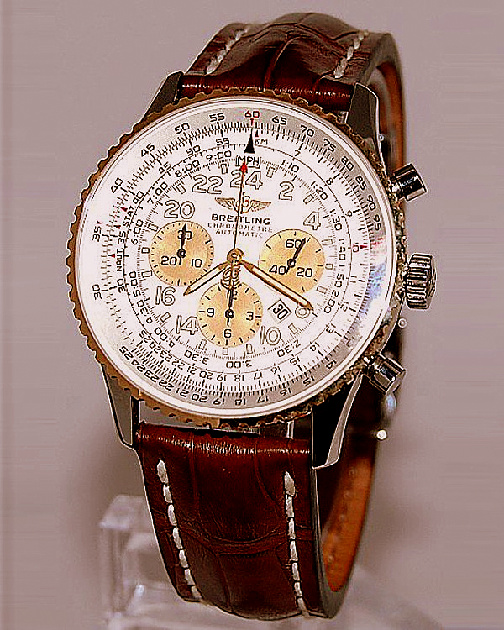 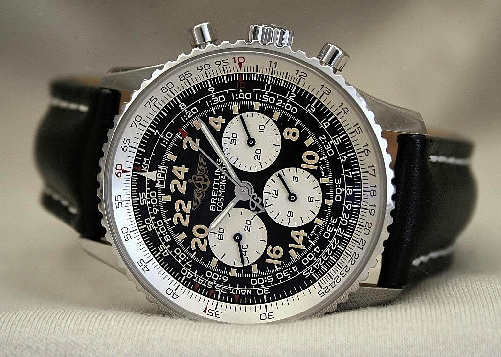 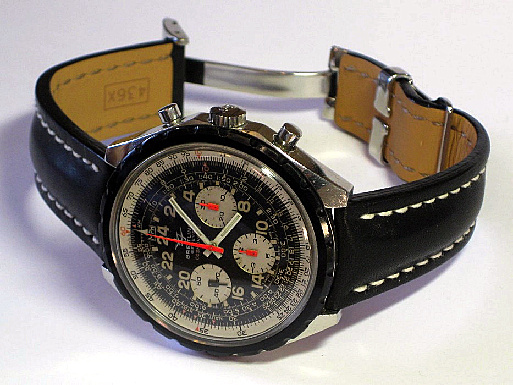 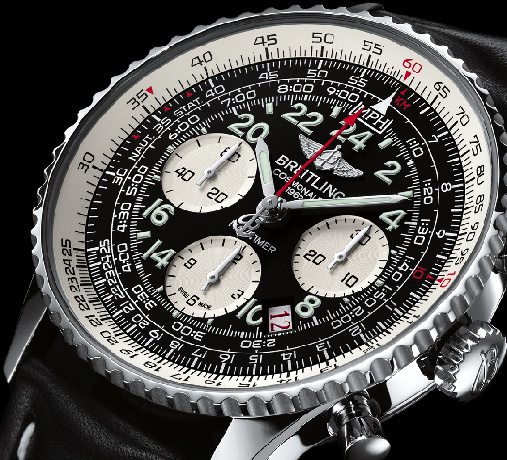