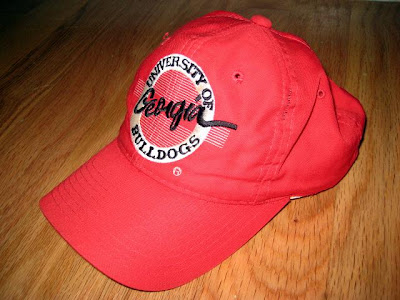 I’m a big believer in the ‘if it ain’t broke, don’t fix it’ mentality. I have no idea why Russell, makers of the infamous ‘The Game’ hats stopped making the classic circle & bar design hats in the mid to late-90’s. They are making them again, but have been ‘updated’ with a more streamlined version that I don’t really care for.

I got this UGA circle design hat by ‘The Game’ in 1994. This hat has some major mileage – it has seen countless games, late nights, road trips, etc. Someone offered me $50 for it in Athens last year. It has gone through major repairs, as seen by the two pictures below. About twice a year, I wash it with quite a bit of Zout, soap, and fabric softner. I think it looks great, and still has quite a bit of life left. 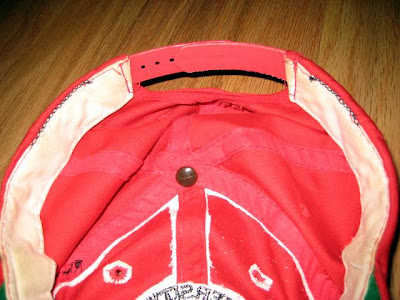 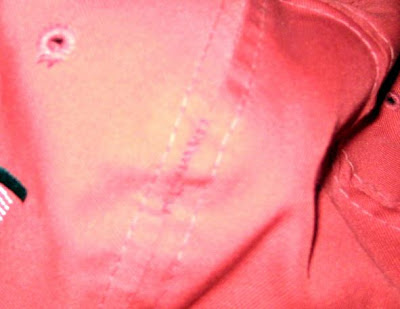 In preparation for retirement, I found the UGA Bar Design hat below on Ebay about a year ago for $7. Brand new. I already cut the webbing out. Another classic – it has the patch ‘Game’ logo. I have a feeling it’s going to stay on the shelf for a while. 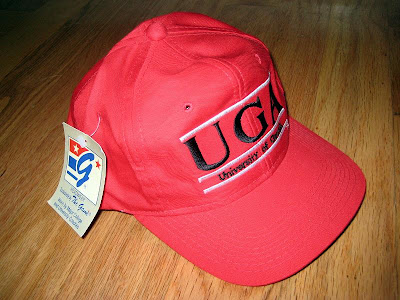 I’ve got a few other classic ‘The Game’ hats in my closet…they have all held up well. Anyone else have similar experiences?