In mens style, some things change, and some things remain the same.  Aviator sunglasses have been popular since way before Tom Cruise played Maverick.  Aviators have been a consistent ‘must have’ for any guy (and girl for that matter).  They go with everything, and there are enough variations to fit any style of face.

I’ve been on the Randolph train for quite some time.  I really like their company – they are great to work with, and they make killer glasses.  Their glasses aren’t part of the ‘mainstream’ like another brand of easily accessible aviators.  Instead, you have to sort of ‘know’ about them.  They are like Persol about three or four years ago, and are heading on the same trajectory.

I was in need of a new pair of aviators for my upcoming nuptials in an undisclosed Caribbean location…enter the Randolph Sportsmans: 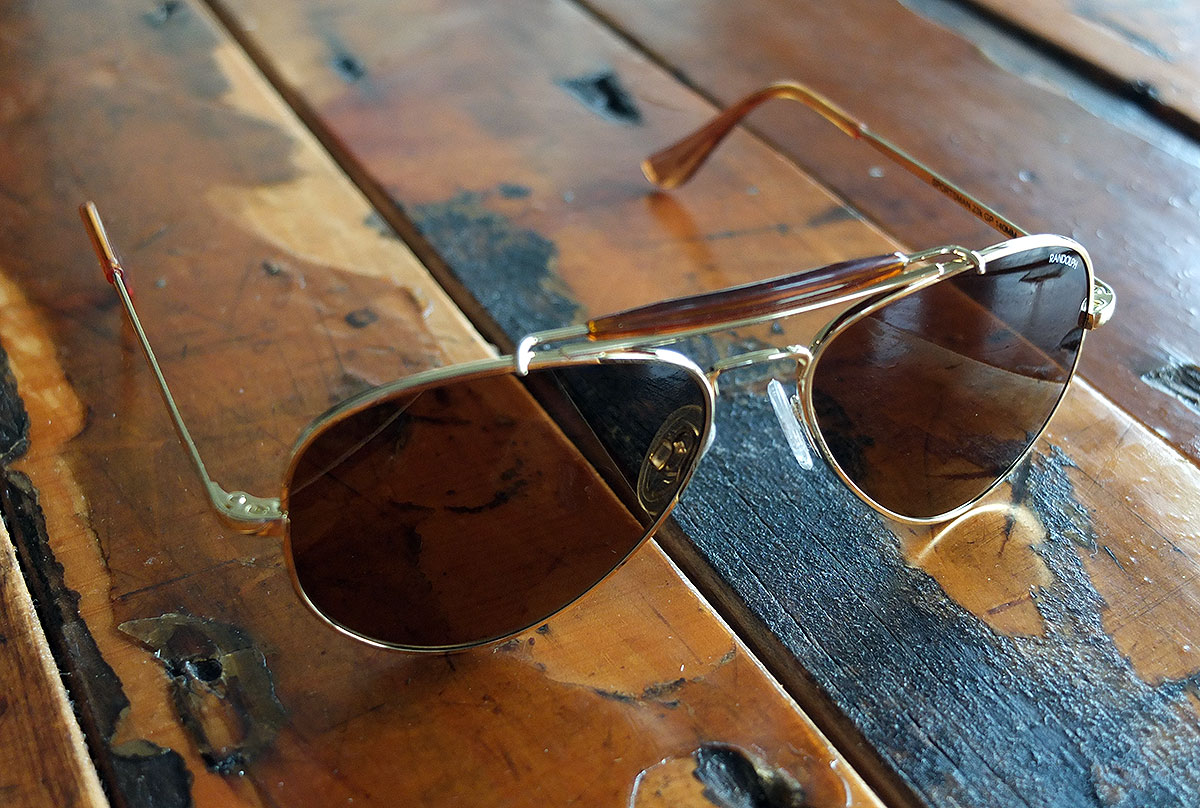 These are outstanding.  They have a really sturdy feel at all the joints.  They aren’t heavy, but they are substantial.  I like the sweat bar, as it adds a bit of panache to a relatively bland world of aviators. 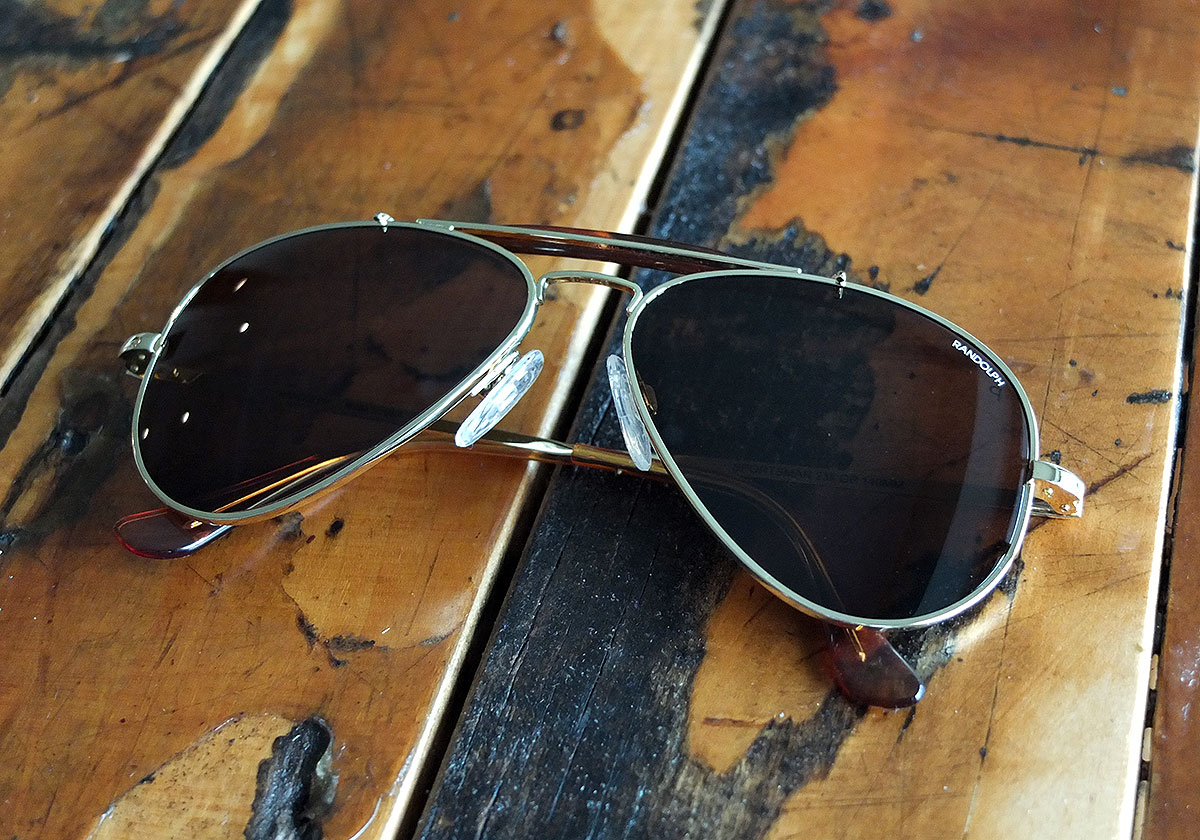 The other important part to me was polarized lenses.  Check.  98-100% of the UVs will be blocked from my Lasik-ly corrected eyeballs. 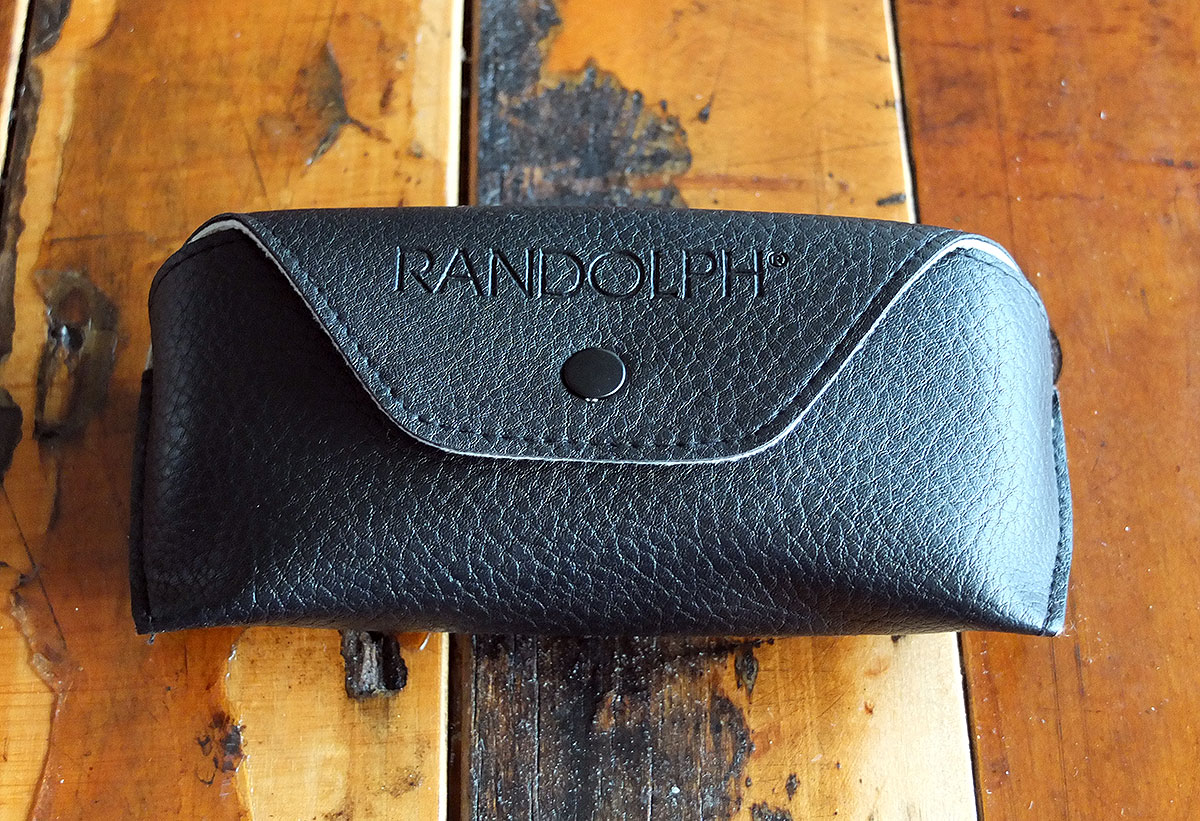 And they are made in the USA.  Yep.  Thumbs up from this homeboy.