Going a bit out of the box with this series…bear with me.  RCS Inspired is a short series of posts on guys that have been an influence in some way shape or form.  I hope you like it…

First, Andy Spade – the man behind Jack Spade.  What a cool guy.  I was first introduced to Andy when I read this feature in the September ’04 issue of Esquire on a plane flying to Dallas: 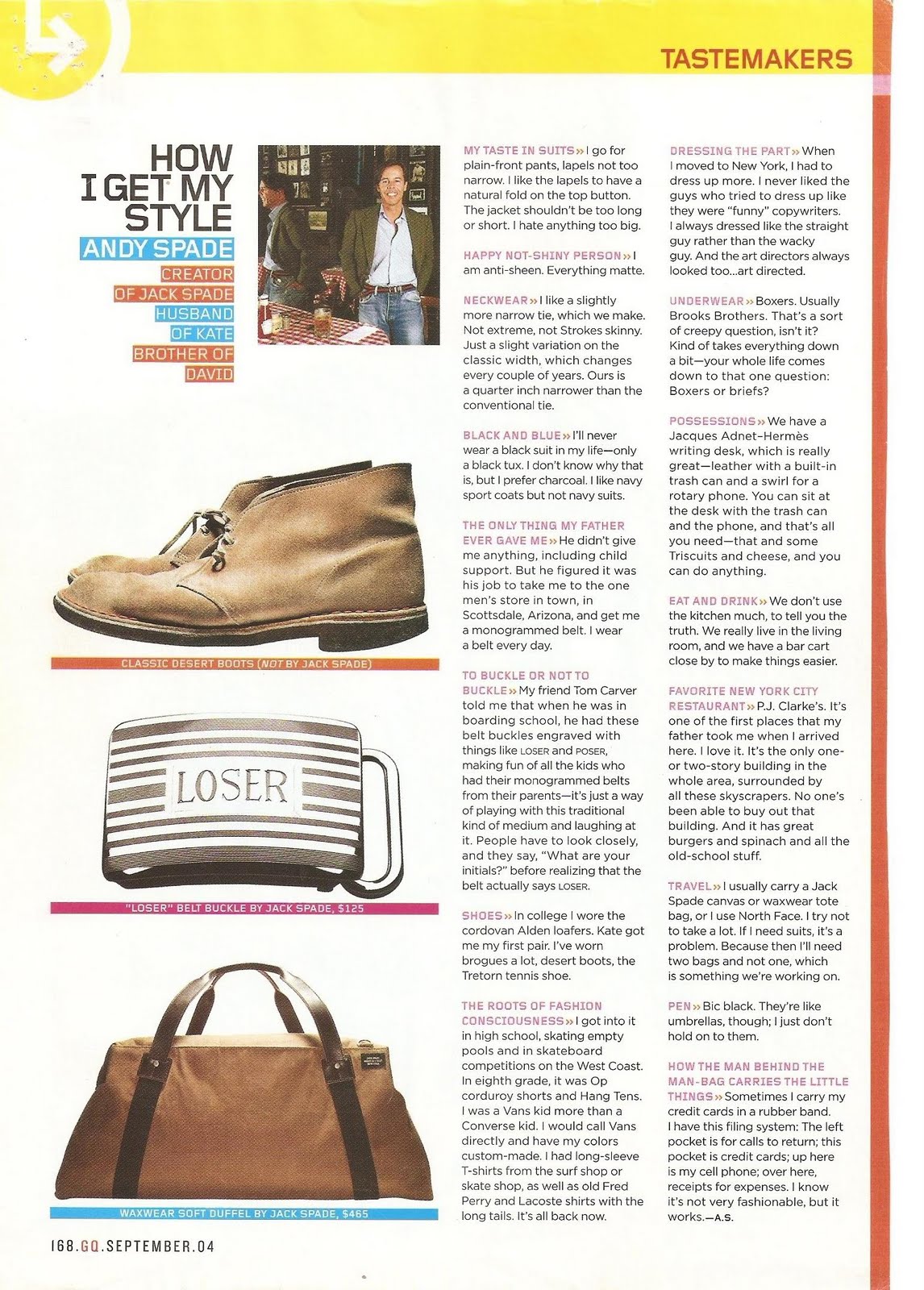 (Here’s a link to a bigger picture – thanks, Skip)

Here’s what I took from this:

Another nugget of knowledge from Andy: “I like my clothing with character. Things that have been lived in – imperfect and with stories”.  Evidence NOT to look ‘just off the rack’. I can’t think of better advice.  It is all over his Jack Spade store…the offerings have a character all their own.

Oh – and check out his place in The Hamptons.  The brother of David ‘did I catch a niner in there? Were you calling from a walkie talkie’ Spade is doing something right…