I’m not much of a ‘bow tie’ guy.  Never have been.  The only bow tie I’ve ever owned is a black silk version for formal occasions – specifically when wearing a tuxedo.  Last night’s Social Primer x Brooks Brothers party’s dress code was ‘bow tie’ – so I had a problem to solve.

Enter The Cordial Churchman.  I remember when the hand-made seersucker bow tie made its appearance on Ask Andy a few years ago, and really liked their story.  They are a home-based outfit out of beautiful Rock Hill, SC run by Ellie, a preacher’s wife and a mother of two.  She makes each bow tie from hand from old ties or from specific fabric.  The ties are extremely affordable too – especially considering the craftsmanship and care that goes into each one.  I searched their website and found a couple that I liked – The James and Gray Chambray.  Their website stated that two weeks are required for each order – and to contact them for ‘rush’ orders.  I contacted Ellie and told her my time frame.  She replied that both were in stock and available for immediate shipment.  I ordered The James, and it arrived from the Palmetto State a couple days later – complete with a hand written note from Ellie: 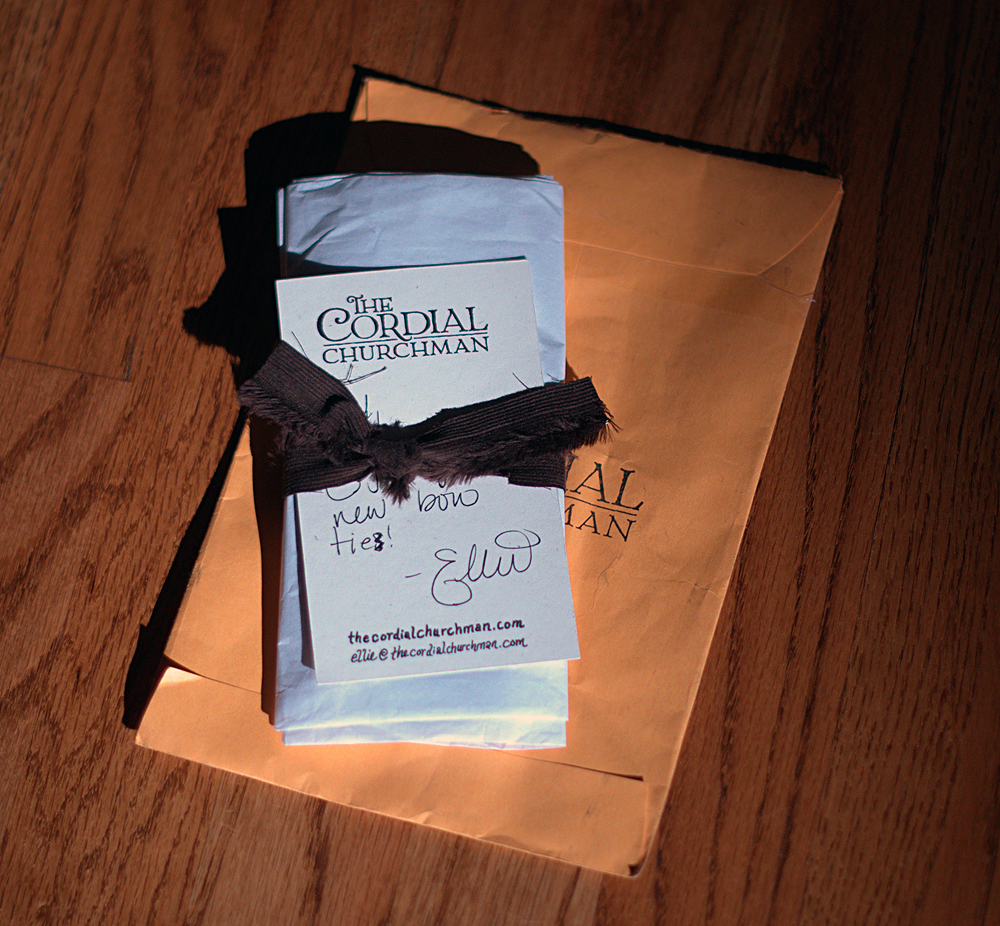 I couldn’t be happier.  The bow tie is substantial, and holds its knot very well.  I like the subtle look of this one – it adds an accent to the outfit rather than a statement (exactly what I wanted). 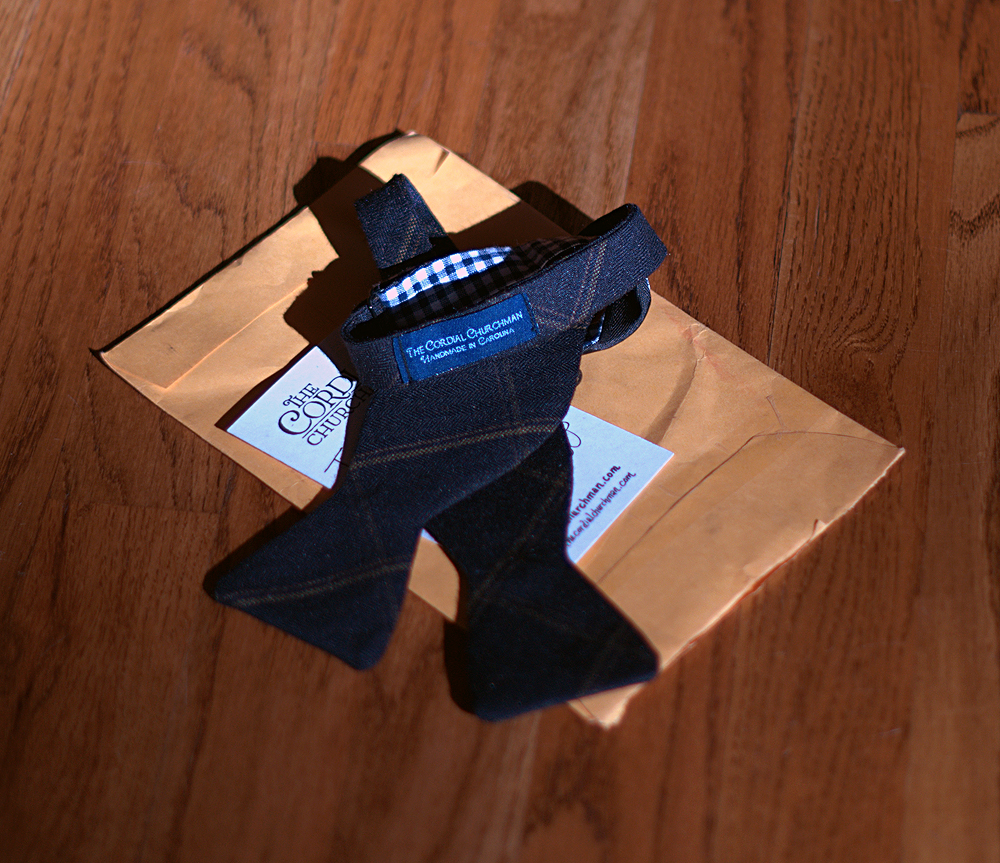 Take a look at The Cordial Churchman, folks.  I think they’re turning me into a bow tie convert.