I’ve mentioned Traditional State in a few of my prior posts. The company was a brother project for Volunteer Traditions (which focused strictly on Tennessee) to expand for other states. That said, all of the products have been consolidated under the Volunteer Traditions brand, and have started expanding. In a good way.
Instead of offering only belts, they new offer hats for each of the States the produce (Georgia, Both Carolinas, Alabama, Mississippi, and Texas). Tennessee has a great product line – featuring visors, t-shirts, neckties, and Polo shirts.
It’s no secret that I’m a huge fan of the embroidered belts, so this stuff is right up my ally. My stuff arrived this afternoon: 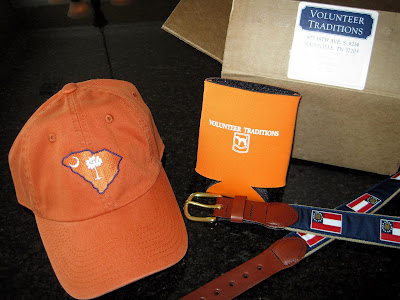 Orange South Carolina Hat
Georgia State Flag Belt
*Mason was nice enough to throw in a koozie
Leatherman LTD is second to none – that goes without saying. The hat is extremely good quality as well – I’d put it on par with the hats from the Masters. Soft, unstructured, and not too shallow.
I plan on making a second order very soon – I’ve got my eye on that Tristar Golf Visor: 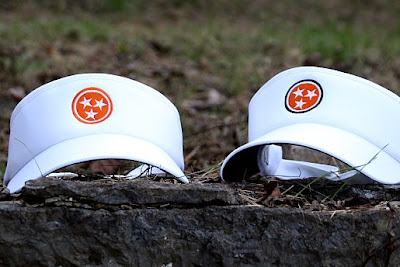 The website was updated, too. They’ve got a good blog, where they announce a ‘Customer of the Month’. The guy who wore this hat to death won for March: 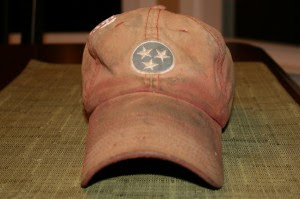 Word on the street is that Volunteer Traditions is expanding their product line in the coming future…keep an eye out.