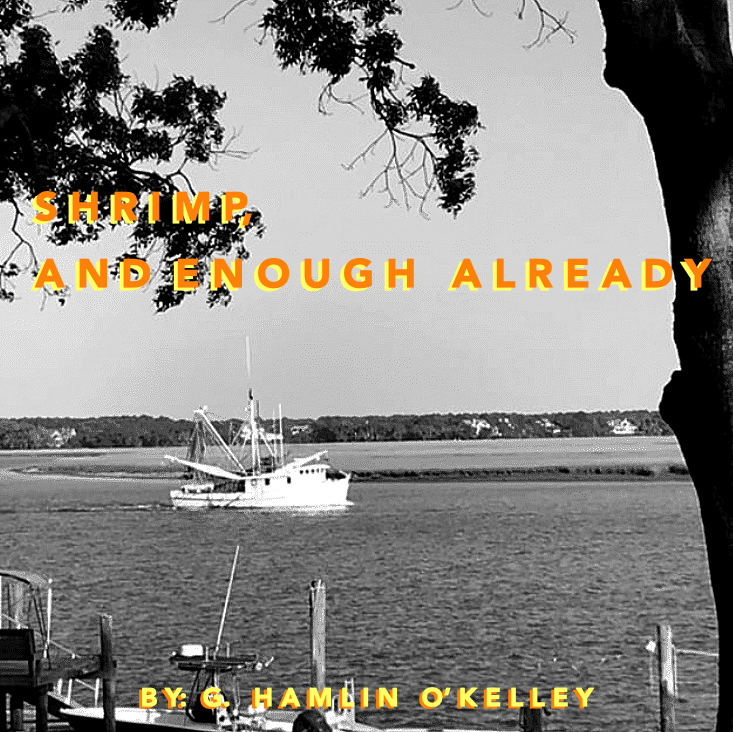 About what am I speaking?

That most representative dish of Lowcountry cooking

But, for the love of all that is, chefs from Key West to Campobello, from Charleston to Los Angeles, from Seattle to Jacksonville, from New Orleans to Detroit and everywhere in between have to mess with it time and time and time again

A chef in Asheville, North Carolina, espoused her creative use of foraged bounty in making her version

Who eats seafood in Asheville?

Growing up, the now highly exalted Shrimp and Grits were simply, well, breakfast on the weekend or supper on nights when moms were too tired to make much else

Peeling the shrimp is the hardest part

On weekends at our fish camp on Pritchard’s Island, the dads would saute a chopped onion, may be a diced bell pepper, in butter or a little bacon grease, they would throw in some Worcestershire sauce, perhaps a bit of sausage, may be make a roux, may be not,  and then they’d add some water to make a fairly thin and wan colored gravy.  Lastly, they would cook shrimp in the sauce, then sprinkle it with bacon

The Junior League of Charleston’s venerable old Charleston Receipts has “Breakfast Shrimp” by Mrs. Ben Scott Whaley (Emily Fishburne), late of Mrs. Whaley and Her Charleston Garden fame.  Her version is almost the one I grew up with in the 1970s and 1980s.  She adds a little ketchup.

I’m sure her hominy was simple boiled grits. No heavy cream and chicken stock to be found. Just water, salt, and grits.

In the heading of the section with her receipt there’s an explanation called “Shrimp for Breakfast.” The editors of the cookbook wrote that shrimp have long been a breakfast favorite in the coastal region.

No stock made with shrimp heads

Just simplicity on a plate on a Saturday morning

That’s what we knew

Beaufort, South Carolina’s own Larry Taylor, who cooked at the Beaufort Yacht Club and his now-shuttered restaurant, L.T.’s, made the absolute best shrimp gravy

My mother would order from him and take him containers to fill with that velvety goodness to be reheated slowly in a pot and served with hominy.  He put cooked sausage in his. There was nothing fancy about it, though

I get that chefs want to…

…you can’t un-hear it once you hear it…

…riff on the classics

Back in 2018 at this amazing party weekend, a friend who lives in Denver of all places challenged me to a shrimp and grits cook-off.

She said that she would crush me

Dahlin, where you get your shrimp in the Mile High City in the middle of the country?

She will probably add ghee and lemon juice and parsley and cheddar cheese to her version which would most likely derive from Brooklyn’s own Bobby Flay or Long Island’s Ina Garten.  She will probably roast the shrimp in a convection oven or something else amazing

They don’t got these in Denver 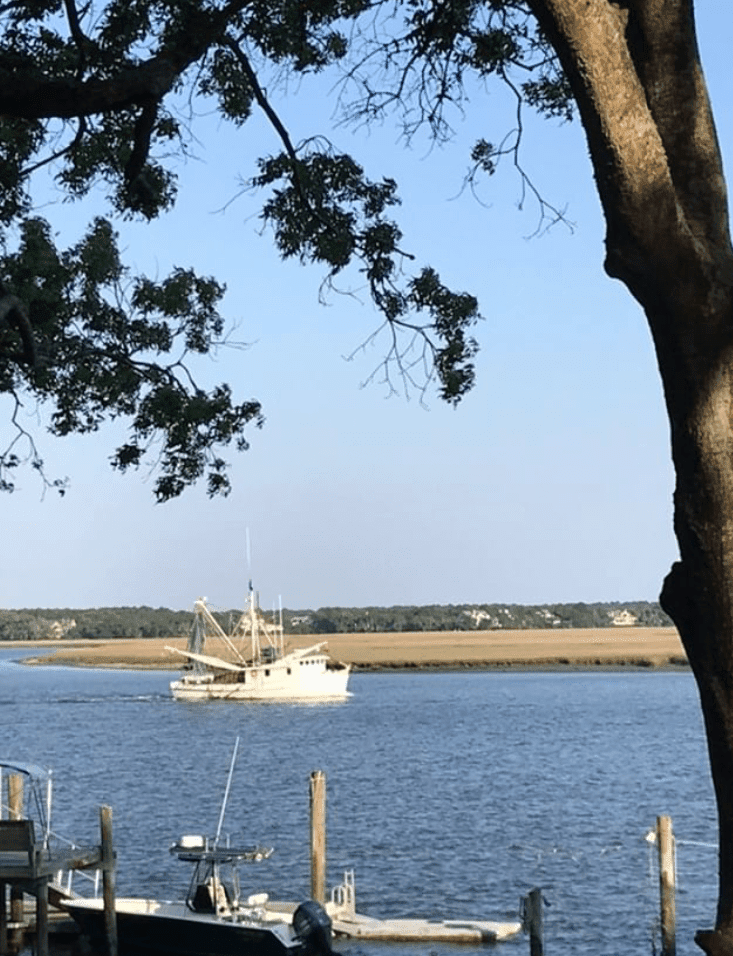 My version will be so simple and will highlight the fine creek shrimp we get around here, especially in late summer

I have a great pal who is a damned fine cook.  Recently we were all together, and he said he was going to make shrimp for breakfast to go with his grits. No, he didn’t call it shrimp and grits.  He just said he was making shrimp for the grits.  He’s an umpteenth generation local.  He knows the deal

All he did was melt some butter, add the shrimp and saute, add a little salt and pepper and a bop of Worcestershire at the end.  He crumbled a little cooked bacon over and spooned over warm hominy.  Perfection.  Not a hint of fish stock or andouille sausage, which is from New Orleans and not from South Carolina

Here’s what I make when the shrimp are running

Again, really, just stop with the silliness and make you some true Lowcountry shrimp and grits, shrimp and hominy, shrimp gravy, breakfast shrimp

1/2 stick butter, salted, unsalted, it does not matter

A dash of hot sauce

2 lbs shrimp, peeled, devein if you wish, but I don’t bother

Melt the butter in a frying pan and add the vegetables. Add salt and pepper and saute until the vegetables are soft.  Add the Worcestershire and hot sauce.  Add in the flour and cook for 1-2 mins to get the raw taste out and then add the water and make it into a smooth sauce, using a whisk.  Bring to a boil slowly. It will thicken once it boils. If it gets too thick, add more water.  Once the desired consistency, add the shrimp and cook until the shrimp are pink. The water in the shrimp will thin out the gravy.  Do not overcook the shrimp.  About 3 minutes is all it takes to cook the shrimp through. This is a super-fast receipt.  You can cook it and then let it sit.  Add some more water if you want to reheat it that way

Don’t garnish with lemon juice, or parsley, or sous vided anything

It doesn’t have a hint of pretension, though, and truly represents that simple dish now highly exalted in fancy kitchens around the world

As Dorothy Parker was fond of saying, “An ounce of pretension is worth a pound of manure”

This is no manure

Bring back the humble hominy of my youth