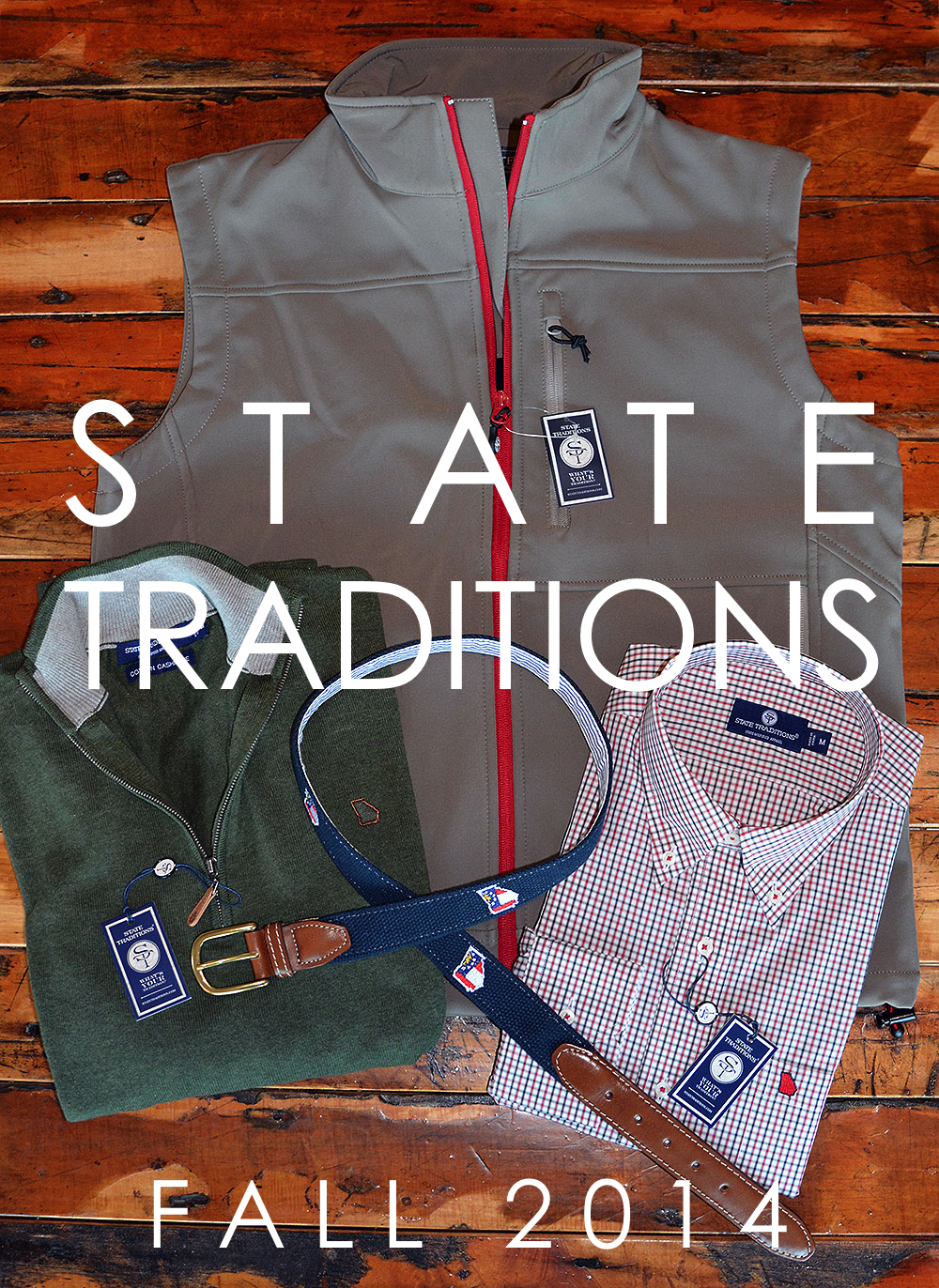 After doing this blog for a number of years, I’m so happy to see companies that I came to know in their infancy start to flourish.  A prime example is State Traditions, the state-inspired outfit based in Birmingham, Alabama.  When I first met the guys, they were just starting, making hats for only a few states.  I knew they had something, and they were an inspired trio working diligently to make their vision a reality.  I year or so later, they had moved and outgrown their first space, with an expanded lineup of visors, belts and t-shirts.  Now they are firing on all cylinders, offering a full line of menswear in the theme of their state inspired goods.  I really am happy that I’ve been along for the ride.

They recently released a full line of new fall goods for the masses, and they asked me to take a look. 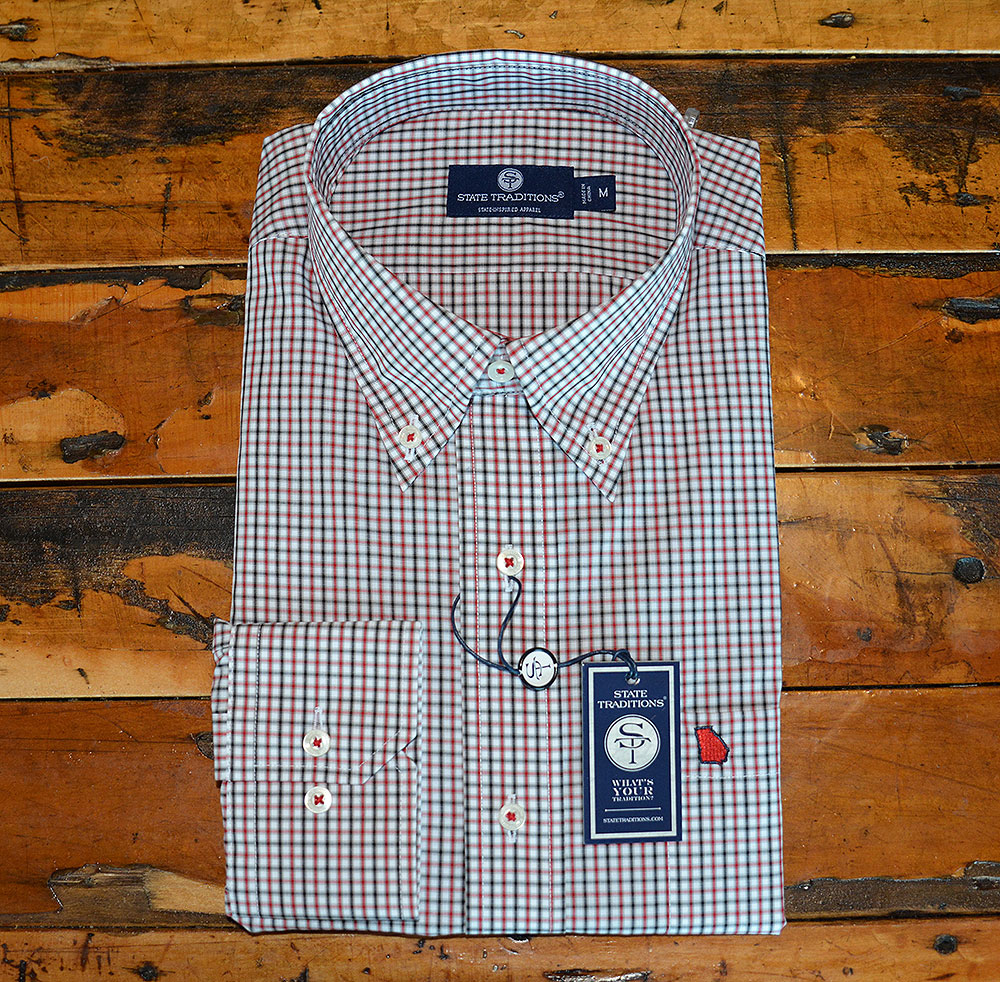 First, the tattersall Sportsman shirts.  Offered in the same state inspired colors (see the Athens, Georgia version above), they are a dressed up version of a gameday shirt that easily transitions from the tailgate to the office.  The state logo is unassuming on the front pocket, and the theme colored button thread is a dressy touch.  The fit is good; not too boxy but not slim cut.  I’m a medium, and it fits great on it’s own, and isn’t bulky under a sport coat or a sweater. 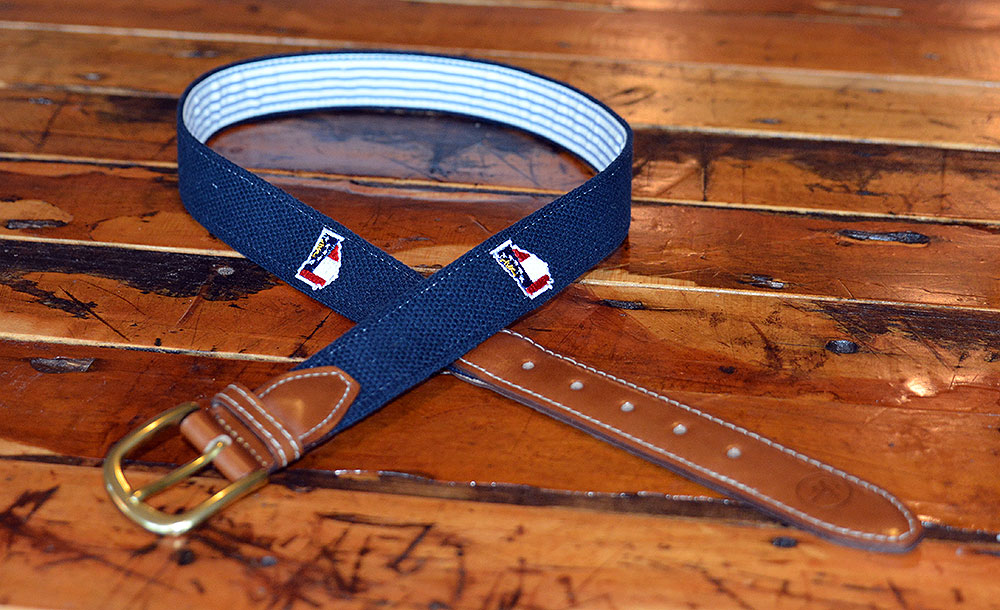 State Traditions has offered belts for some time, but these new embroidered options are a step up.  The level of quality is very high, with detailed threading and really nice leather.  The colors are neutral, and I’m excited to sport this with khakis and loafers.  Again, a dressed of version for the discriminating fan that doesn’t buy their gameday gear at the gas station. 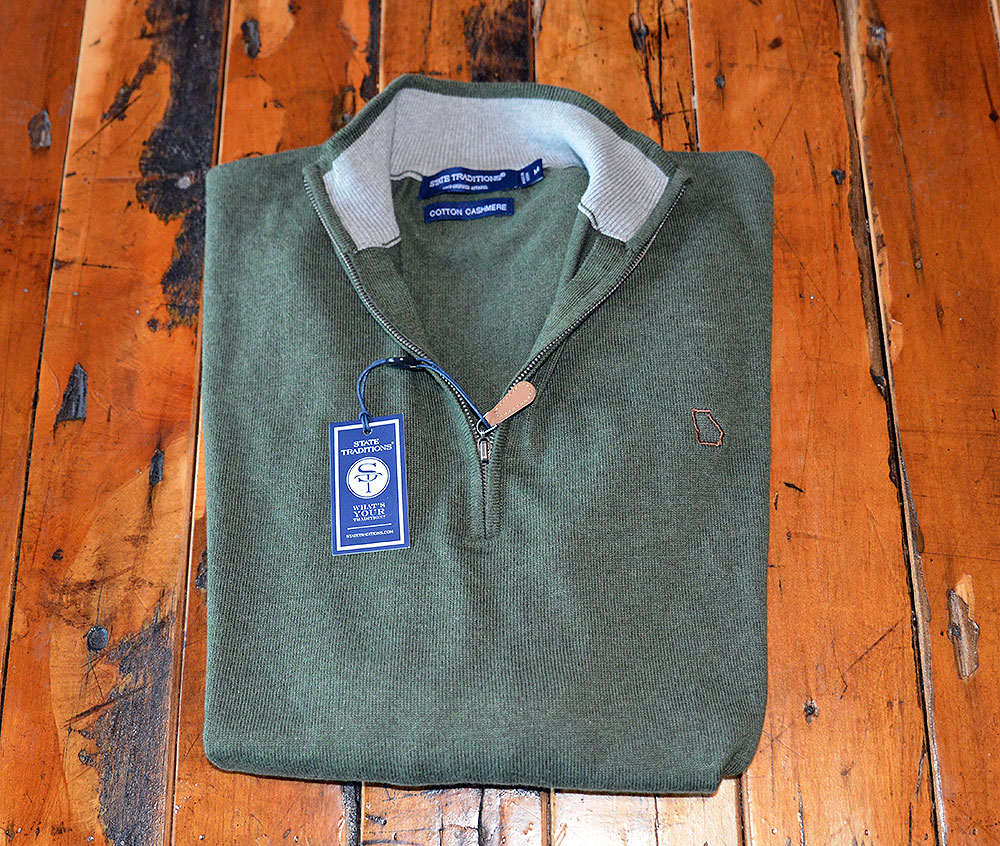 They really knocked it out of the park with their cotton and cashmere quarter-zip sweaters.  They bent the rules a bit with these by offering them in an array of primary colors with a small state logo on the chest: 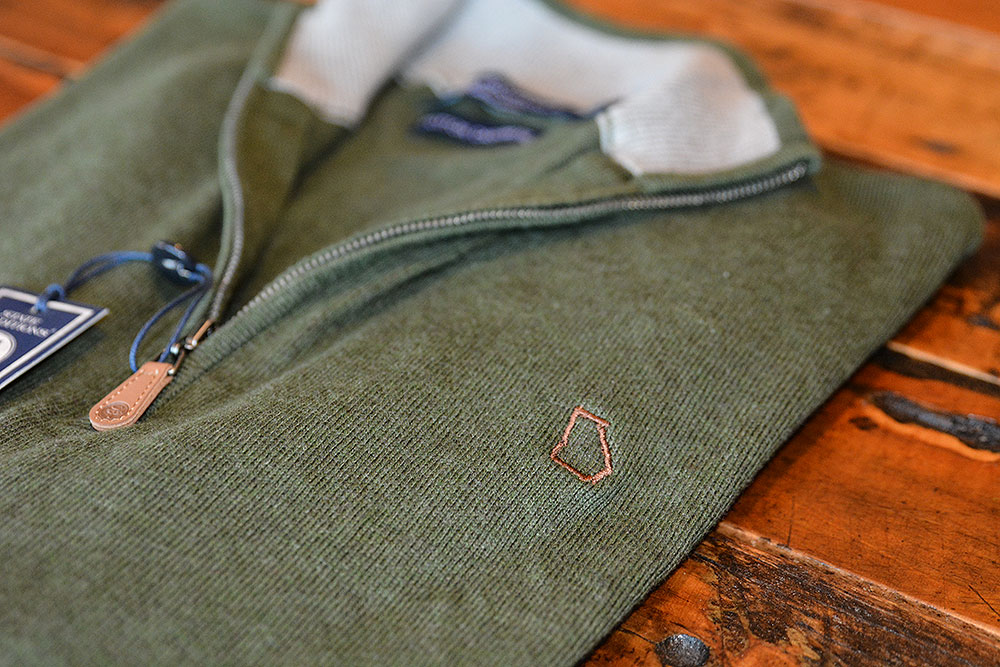 There is cashmere involved, so it’s as soft as it gets, but it’s still machine washable – just don’t dry it.  I’m a big fan of this green sweater with a brown Georgia state logo on the chest.  Just right for this time of year. 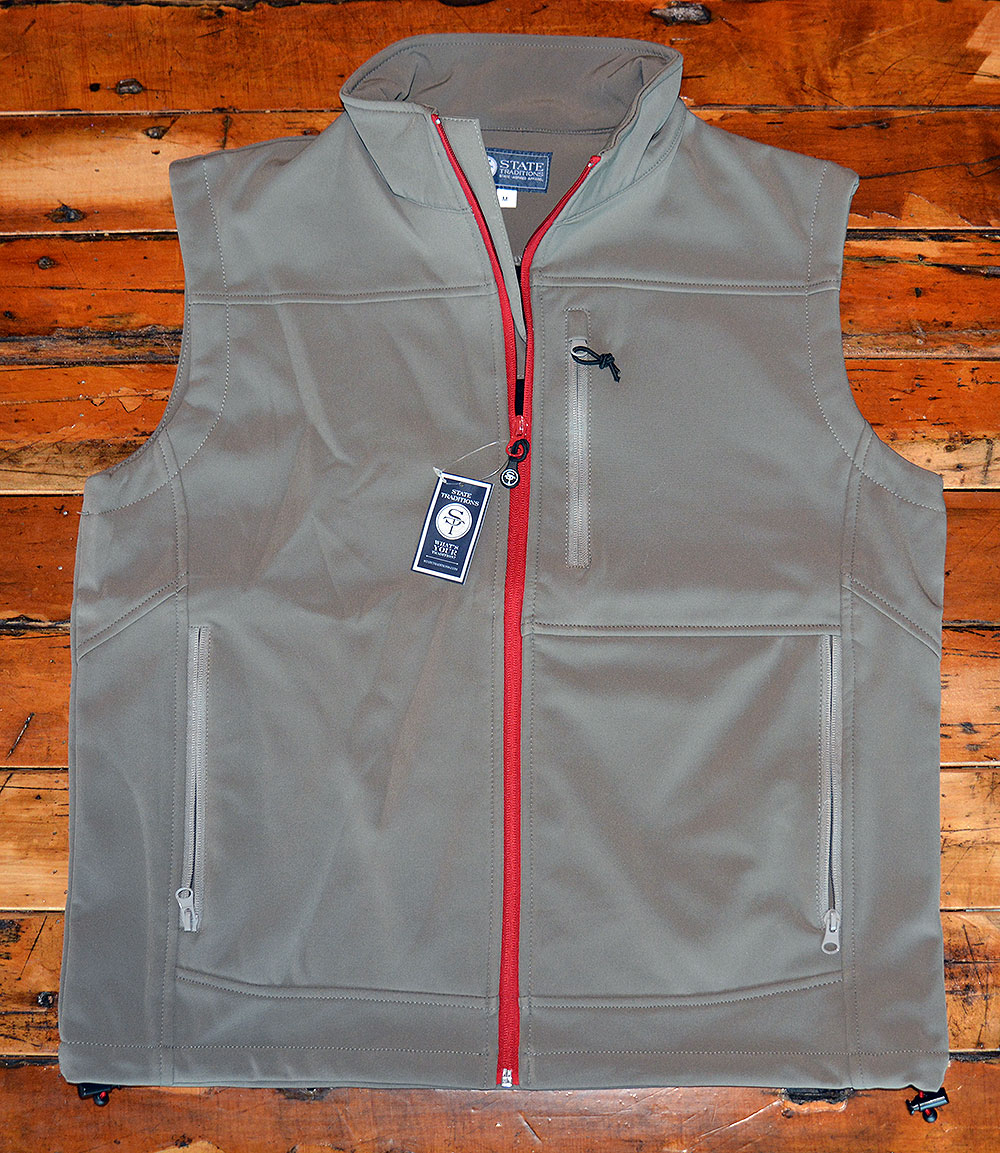 Lastly, they’ve released a line of vests and jackets for a limited number of states.  These are exactly what you’d expect: a very versatile piece that goes with everything.  This grey vest with crimson trim is different than anything else out there.  They come with and without the state embroidered on the left chest.  Instead of the state, I’m letting the colors speak for themselves.

Smart moves.  That’s what it takes to stay relevant after a fast start, and State Traditions is winning the chess game.  Good products, good price points, and good style is a winning combination.  Be sure to let Santa know what you’ve got your eye on…