Well, as college football fans, Saturday was everything we’ve all been waiting for.  The games were incredible, and pre-season rankings have officially been thrown out the window.  I originally picked Bama, Clemson, LSU, and Oklahoma as my final four.  Throw that out the window…Clemson and Bama are still the most likely, but they have LONG roads to go.  I would pay a pretty penny to see the upcoming Clemson vs. Louisville game.  Action Jackson is the real deal.

So what do you think?  Where is your head these days?

We’ve teamed up with State Traditions for a really cool giveaway:  We want to know who you think are the final four teams after yesterday’s results.  We’re going to do this giveaway a little different, too: one winner for every 100 comments.  Yep – the more the merrier.   Each winner gets a Gameday Trucker hat of their choice, a t-shirt of their choice, and a belt of their choice: 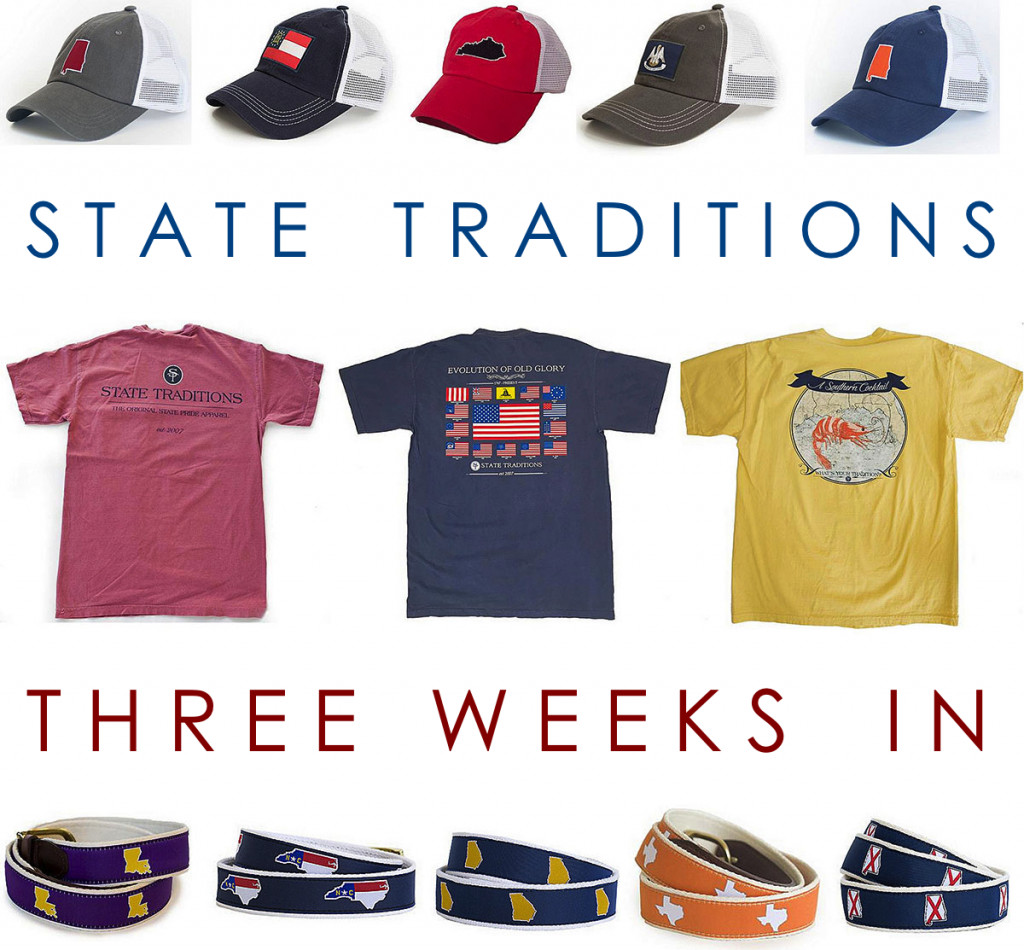 Here are the details:  To get in, leave a comment with your picks for the final four College Football playoff teams to enter.

Entries must be in by Sunday, September 25th at midnight ET.  I’ll announce the winners on Monday, September 26th around lunchtime, who gets the State Traditions trucker hat, t-shirt, and belt of their choice.