Ledbury has released two limited-edition popover shirts from their Commonwealth Collection, which are styles made in Virginia at the century-old shirtmaking workshop that Ledbury is currently reviving. You all know how I feel about popovers, as well as restoring old things – buildings included.  This stuff is good:

The Ledbury Workshop from Ledbury on Vimeo.

The Creery Workshop: The Southworth Popovers are made at Ledbury’s Creery workshop in Richmond. For 109 years, these tailors have preserved true bespoke shirtmaking, including serving Former Presidents Harry S. Truman and George H.W. Bush over the years. Now it’s Ledbury’s turn to carry on the legacy.

Now for the shirts: 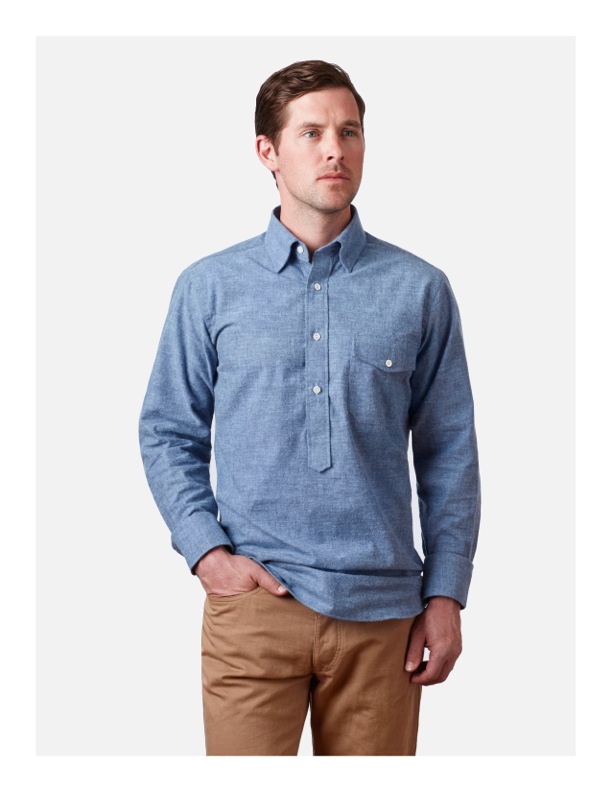 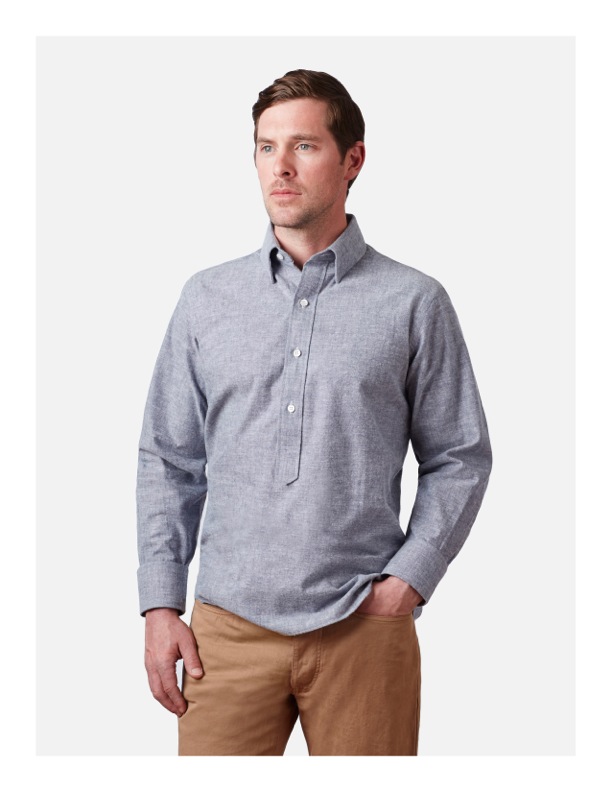 The Southworth Popovers: Not everyone can travel to Richmond to have their custom pattern created, so to share the wealth of talent from the workshop, Ledbury launched the Commonwealth Collection, part of their Short Run Shirting series.

From Ledbury: “We sourced a small batch of brushed slub cotton, like a vintage-inspired oxford, in slate and blue. The popovers look more spring-like, but have some weight to them, perfect for transitional weather. We imagine them as the pullover you wear at the beach bonfire, or tucked in with a navy blazer and slim pant. Both feature hidden-button collars, and the blue has a flap pocket.”

These shirts are available on Ledbury.com and are sure to sell out quickly.