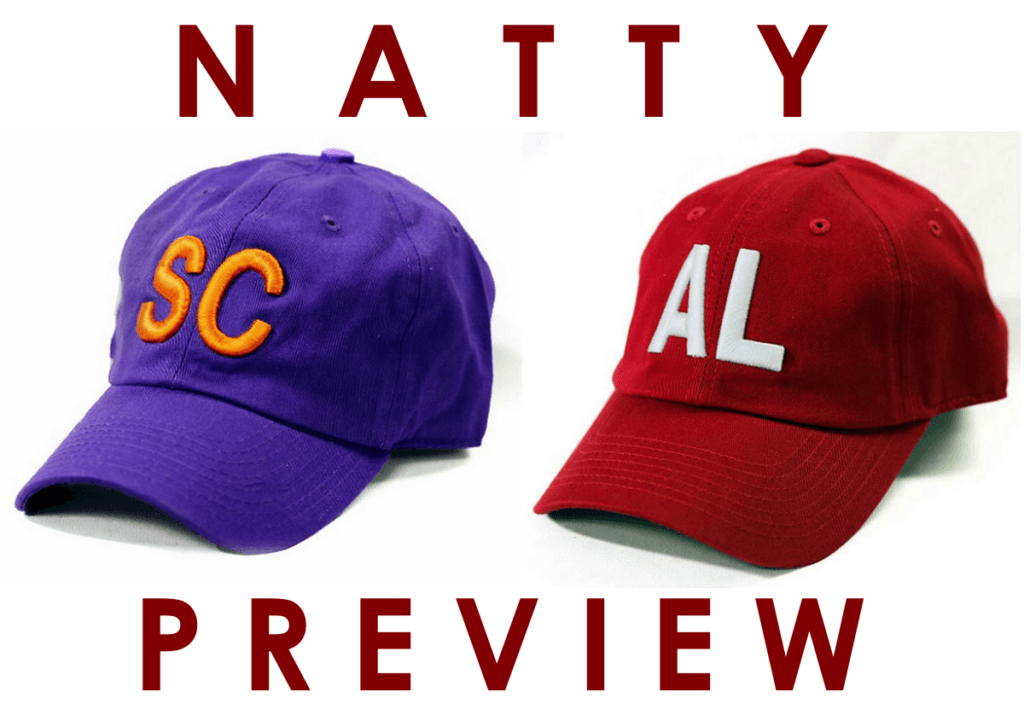 It’s a bittersweet feeling to write this post.  The preview of the last college football game of the year, leaving us with the NFL (who cares) and the NBA (yawn).  Yes, baseball and The Masters are coming up, but we are about to cross the sports desert for the next few months.

More than any other sport, college football defines us here in the South.  It’s a religion that draws out the passion of everyone, even the sideline fan, and the lucky northerners who took advantage of the opportunity to move down.  I don’t like that there is only one game left, but I am excited that the two best teams (by a stretch) are playing for all the marbles.

Think back over the last couple months: all the noise about Georgia, Ohio State, Oklahoma (and the Heisman), Notre Dame, Central Florida.  The Alabama Crimson Tide and the Clemson Tigers are, and have been, the two best teams all year.  And quite frankly, no one else was even close.

Don’t pay any attention to the scores of either playoff game.  Both Alabama and Clemson took their feet off the accelerators in the second halves.  Both teams could have put up 70 without blinking.  And both of their defenses are littered with NFL talent.  I can’t wait for the comments “Clemson gave up whatever yards to South Carolina” or “If Oklahoma had 5 more minutes, they would have caught Alabama”.   Don’t be that fan.  Notre Dame scored three points total vs. that same defense (when it mattered).  Georgia, with a million point lead in the SEC Championship, got beat by a second string QB who hadn’t played any significant snaps in a year.

Tonight, we are going to be treated to the two teams that a) have the best talent, b) are the best coached, and c) have been far and away the best teams all year.

I actually like the line.  As of publication, Clemson is getting 5.5 points, which feels right.  I think this is going to be a defensive-heavy game, and combined, I’d be surprised if they score more than 50.  I’ll give my prediction in a minute, but for now, I think there are a couple false narratives that need to be addressed:

First, Alabama is NOT going to walk all over Clemson.  There is a weird confidence coming from the Row Ty folks in that this isn’t going to be a competitive game.  This is probably the best team that Clemson has fielded since Dabo took over.  Even the NC team with DeShaun.  The Tiger defense is better.  I get it, Tua is the best QB to play at Bama since Brodie Croyle, but the defense he’s facing tonight is better than UGA’s.  Remember what the Bulldog’s defense did to Tua…the big mistake the Dawgs made was letting Mark Richt come in and coach the forth quarter.  Watch out, Bammers, you are going to have your hands full.

Last, Sunshine (Trevor Lawrence) is a disadvantage for the Tigers.  Wrong.  He’s a stud.  He’s your Heisman frontrunner next year, and his receivers are complete badasses.  He’s cool under pressure, and has a better arm than Nolan Ryan.

My prediction is that this game is going to be extremely close for four quarters.  Given that both teams are extremely well coached, there won’t be many mistakes, but I expect an ill-timed holding or pass interference penalty will be huge, and some special teams magic by one team will be a momentum swinger.

The majority of points will be scored in the fourth quarter, when both teams have to open it up.  This is going to be a last-play game, and in very similar fashion to the 2016 championship, I believe Clemson prevails 25-23.

Cheers to a good game, folks.