We live in a world where pop stars are considered the top of food chain. My disagreement with this is another subject all together.  I think actors are great, but that’s all they are: actors. Sunday night was the annual Oscars Awards Ceremony. This is can be an essentially boring, self-absorbed event that celebrates their craft.  Personally, I don’t have nine hours to watch the event.  I believe that you can get everything you need in about fifteen minutes.  Who won, any show highlights, and unlimited ‘best dressed’ lists.  Now, I do love a good tuxedo, and the Oscars always has some good stuff.  Here are what I consider to be the best of the best: 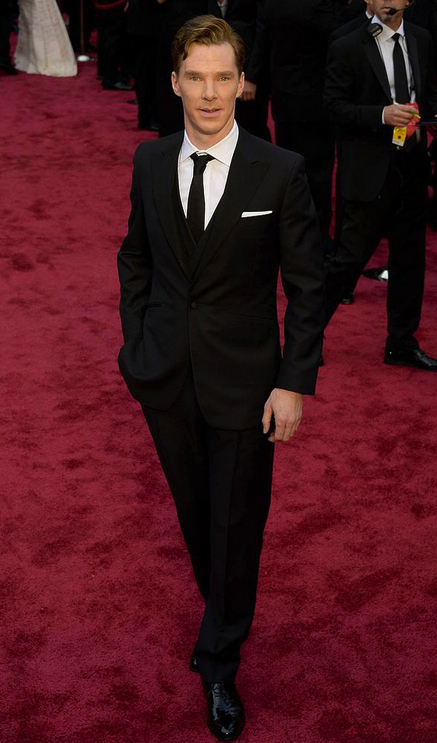 Benedict Cumberbatch not only has the coolest name of anyone attending the Oscars, but he does a black three piece just right.  It’s a  very classic look with peak lapels and a black satin necktie with a point collar.  Sharp as a tack, boys. 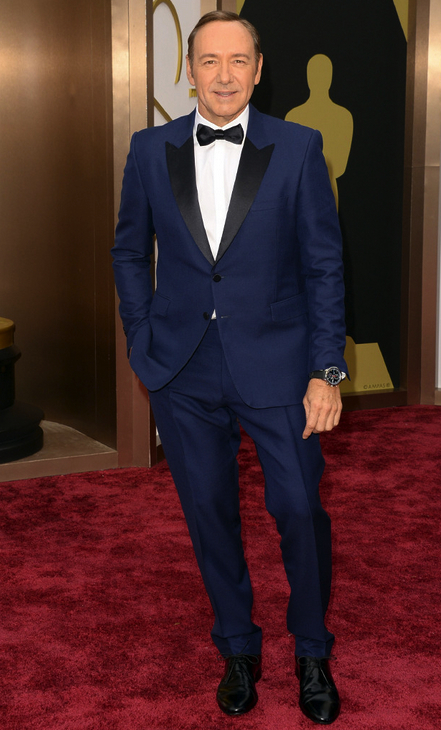 Kevin Spacey, aka Frank ‘FU’ Underwood, does the Navy blue tuxedo the way it’s supposed to be done.  I really like adding a little flare to the penguin suit, and this blue stands out in a subtle way. 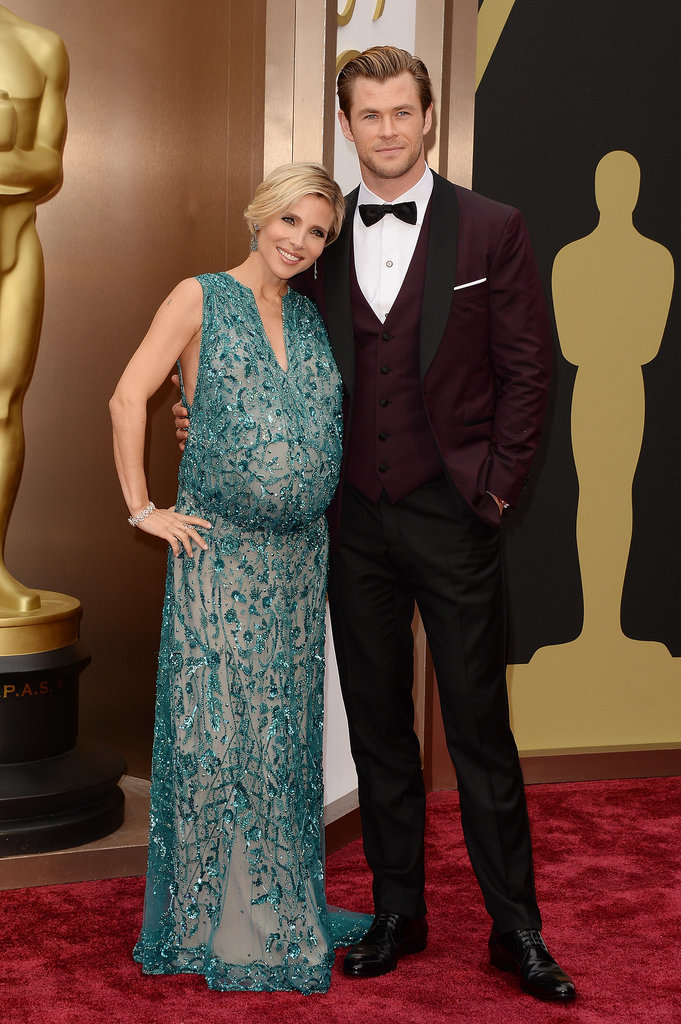 Another example of ‘standing out’ on Chris Hemsworth. The dark burgundy jacket and vest isn’t something you see everyday (and that’s the point), but works with the traditional black pants and shoes, white shirt, and black bow tie.  Extra credit for a perfect pocket square.  Even more extra credit goes to his glowing better half, Elsa Pataky, who looked stunning. 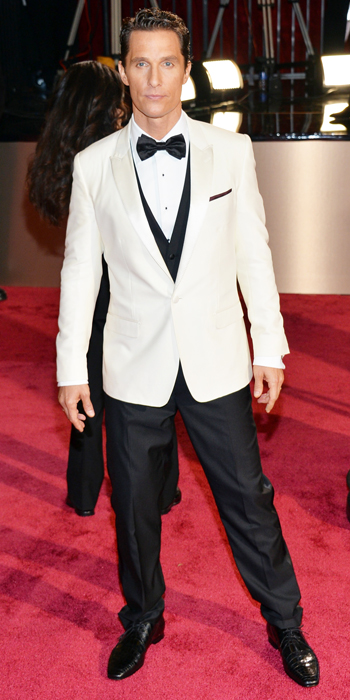 And Wooderson…I’m a huge fan of the white dinner jacket, and this is perfect.  The black vest and black pocket square give it just enough contrast, and his blow tie is putting on a clinic.  One thing: his pants are about an inch too long, but it does give him the opportunity to wear them with cowboy boots.  Extra credit for thanking God during his acceptance speech.  Top notch.