There are a few folks that contribute to the blog.  A very select few.  Trip Reed used to run the iconic ‘A Trip Down South‘ blog.  Trip is an excellent writer, and I give him crap all the time for not continuing his blog.  We keep in touch, and he has an open invitation to contribute when he has something he has to say.  He recently scored a unicorn for an insanely good price.  It’s a great story: 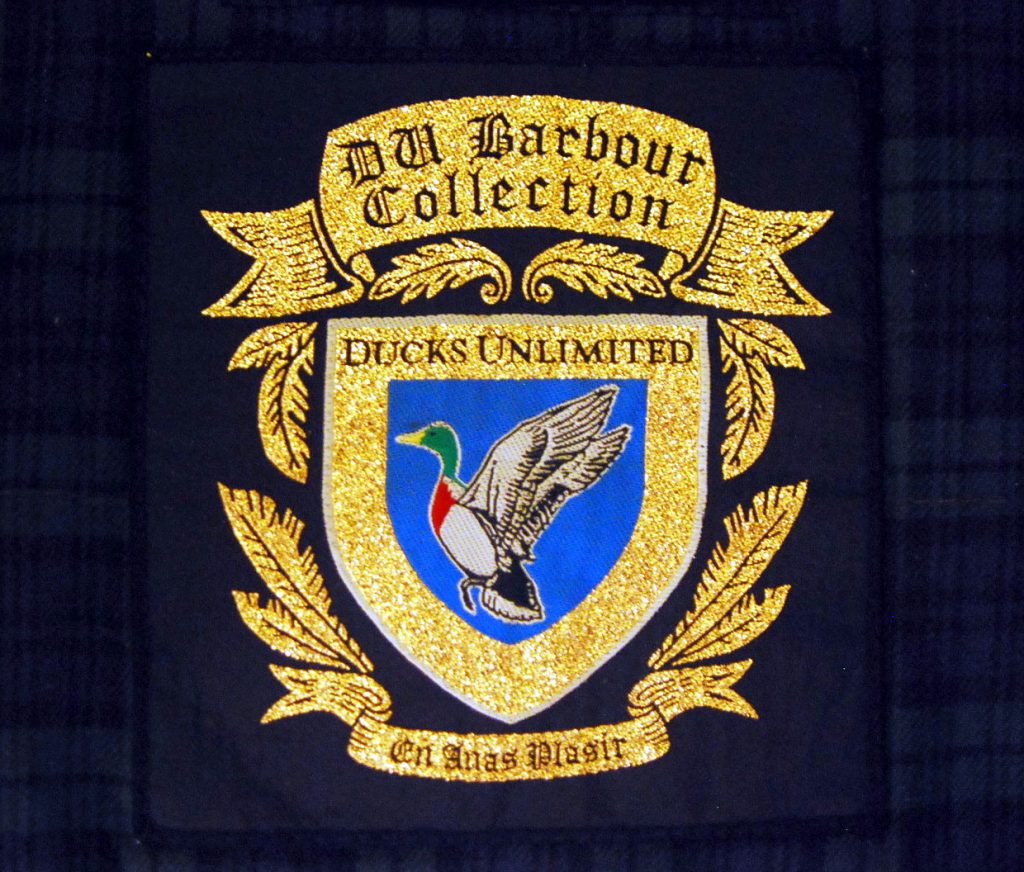 I am an admitted Barbour fiend. I got my first one (Bedale in Sage) just over ten years ago, and have added three others to my collection since then (Beaufort in Sage, Beaufort in Brown, and Bedale in Black). When I was in grad school at Clemson from 2007 to 2009, I had a classmate who had a special Ducks Unlimited Barbour Beaufort. Not only did he wear it around town like the rest of us wore our Barbours, appropriate to its provenance, he also wore his duck hunting, under his waders. Since it was sort of tan in color, it worked well for the marsh grass that we hunted in. At the time, though, I assumed that it was just a “Classic” Barbour in the Olive color that had been really worn in/needed a rewax. 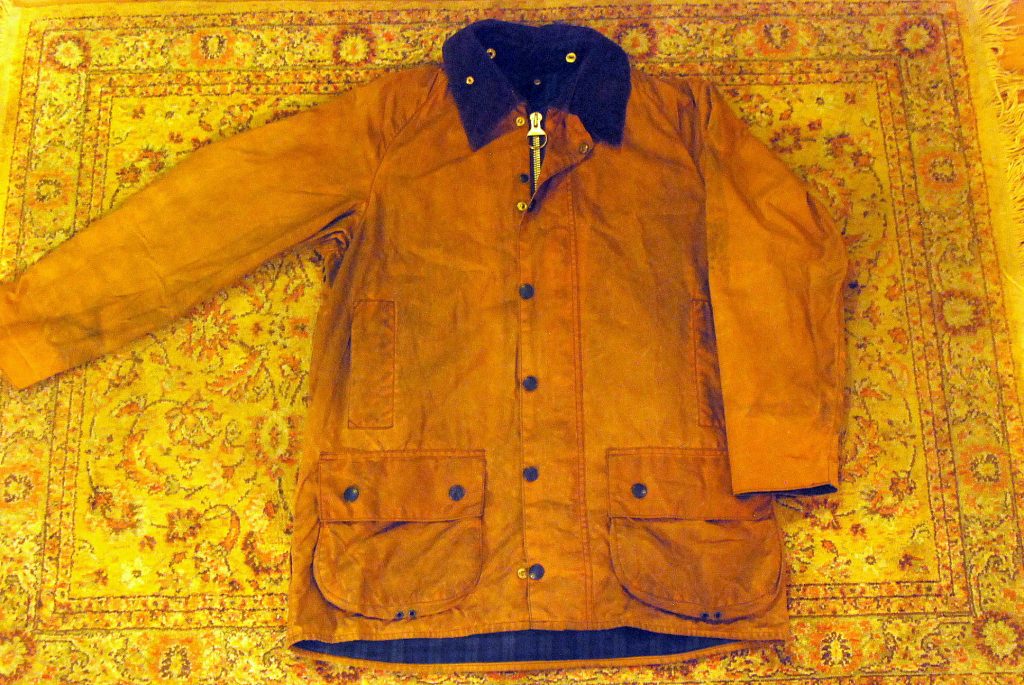 I never asked him about the jacket, but in the ensuing years as I read more about Barbour jackets, I came to realize that the color was actually unique to that Ducks Unlimited edition. I believe that Barbour calls it either Sandstone or just Tan (any Barbour experts can chime in if they know). It also had a Blackwatch tartan lining, which was the same lining used in the black-colored Barbour jackets. Regardless, I knew that I wanted one, and it became my Grail jacket. 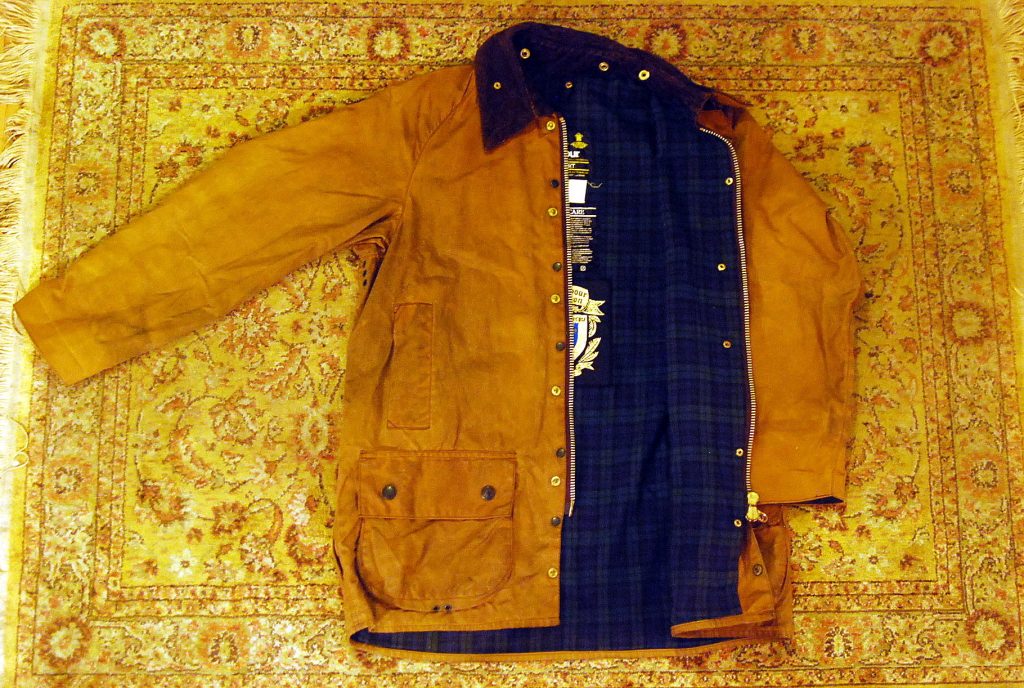 From time to time, whenever I would think of it, I would search for one on eBay. Over the years I saw a few on there, but they were either more than I wanted to spend, or the wrong size. About three weeks ago, dreaming of Barbours and cooler weather, I did an eBay search and up popped a Ducks Unlimited edition, size 40, in Thailand. It looked like it was in good condition, with no rips or tears, though it appeared to be a bit dirty. Having bought a couple of Barbours online that came from Thailand, I wasn’t concerned about that. I have no idea how or why these jackets end up in Thailand, but as an old used Barbour jacket is clearly not something that can or would be counterfeited, I felt pretty safe. My other four Barbour jackets are size 42, but since they are sized so generously, and since I’ve been losing weight lately, I felt like the size 40 was worth the gamble. 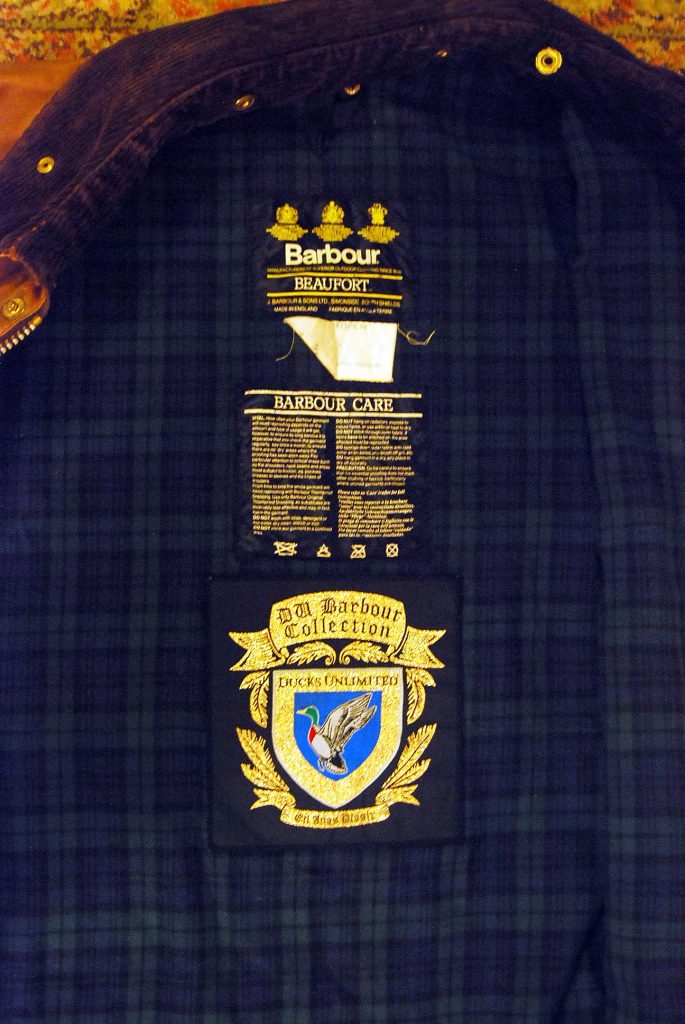 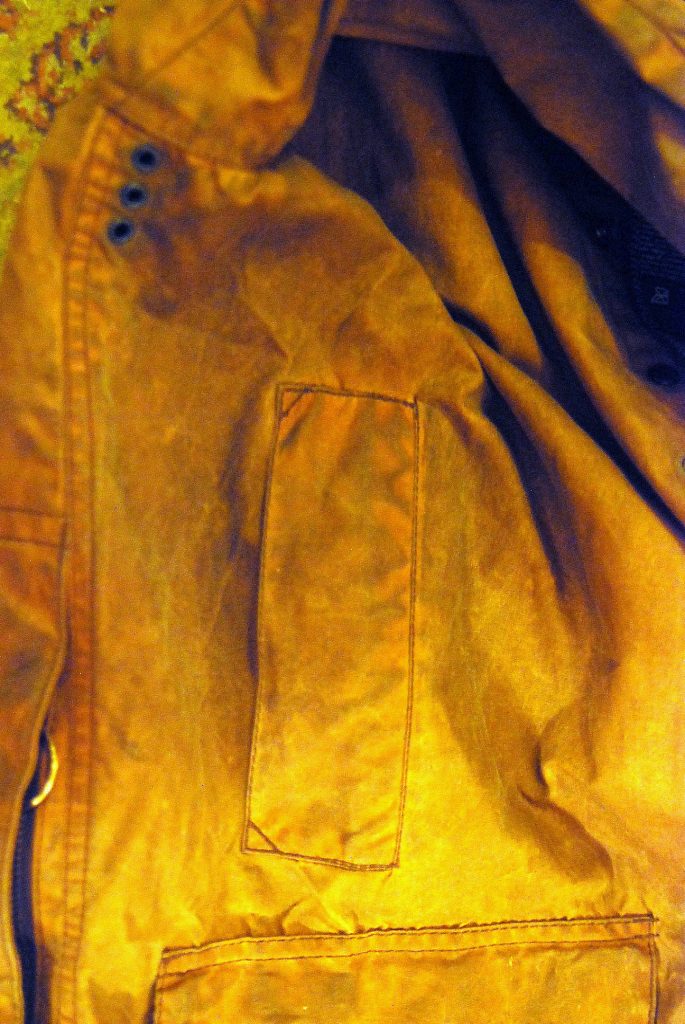 After two weeks in the mail, my jacket arrived yesterday. I tried it on, and it fit like a glove. It is definitely in good condition, though, as mentioned, is dirty in some spots. I tried cleaning up those areas with cold water and a sponge, as Barbour recommends, though the dark areas weren’t didn’t really get much better. I’m OK with this, though. 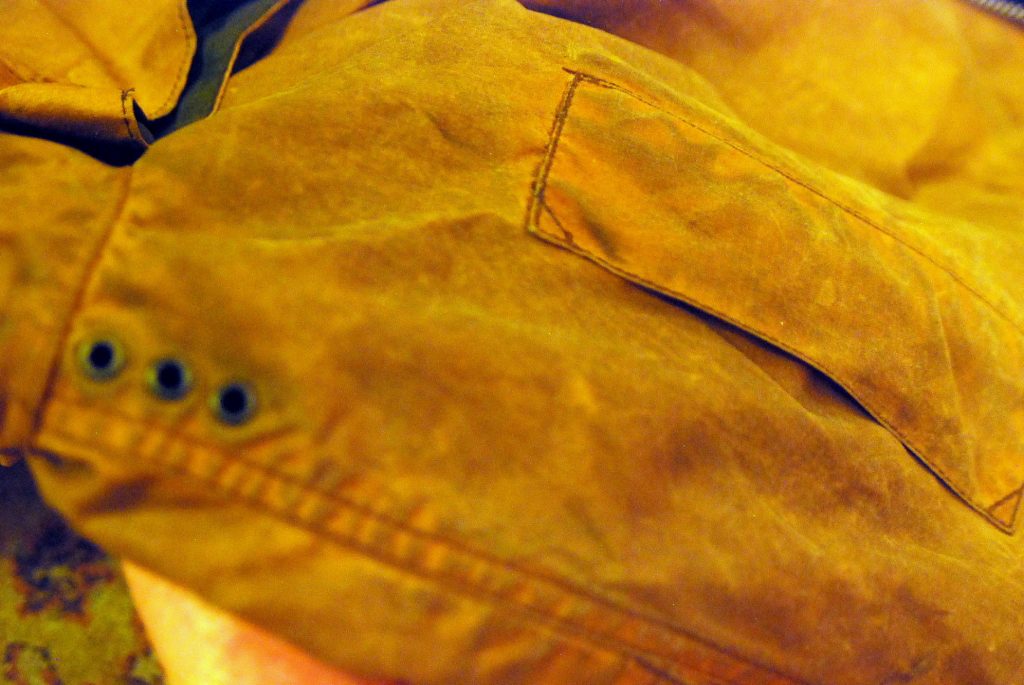 I plan to send it back to Barbour for reproofing (sent via Orvis, in order to save some money on shipping), so I’m hoping that they might have some tricks up their sleeves to make it a little better. If not, whatever that dirt is, will just become part of its story, which is really why I like the jackets so much in the first place. They all tell a story, of past and current owners, and the lives they’ve lived in the jackets. Hopefully this one will have some good stories to tell in the future.

Trip has promised to send an update once his Barbour is back from reproofing.