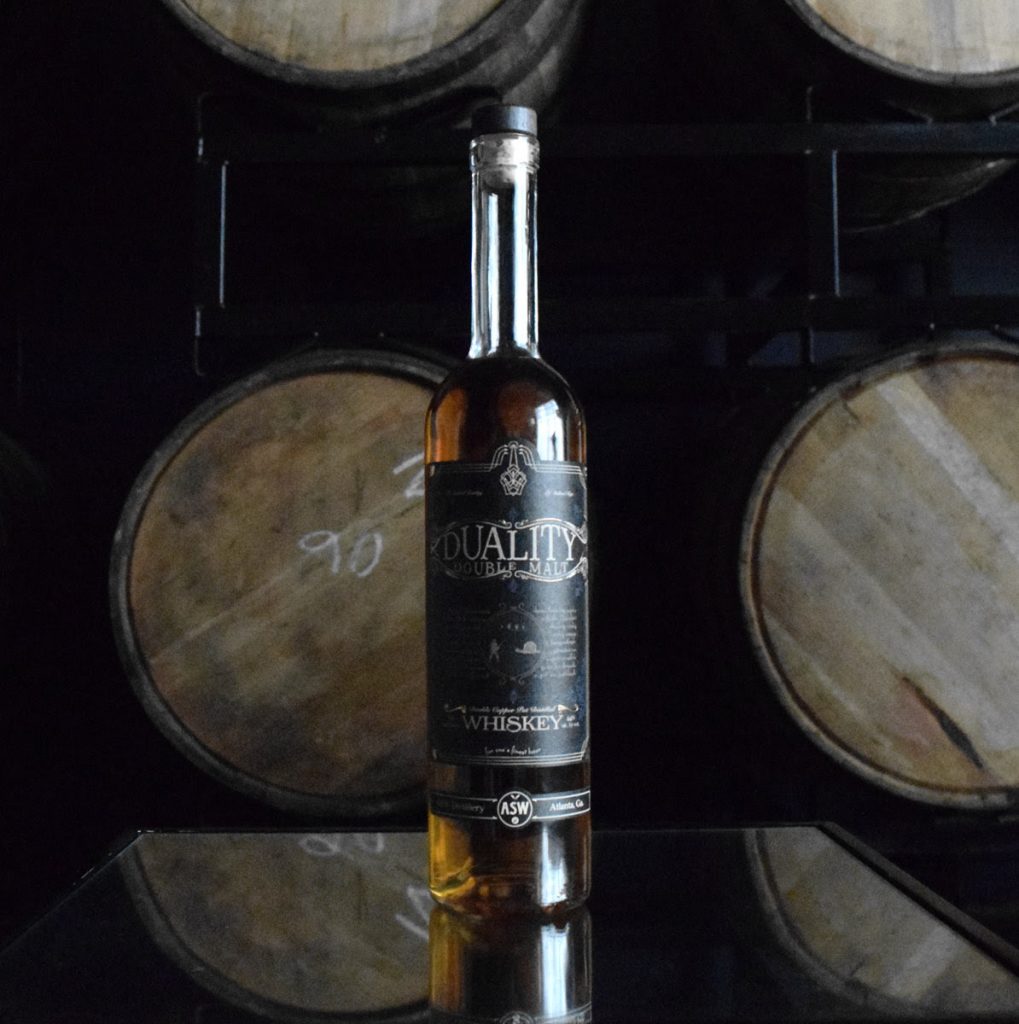 Big time:  On Saturday, August 5th, ASW Distillery is throwing a shin-dig to celebrate the release of their Duality Double Malt, the World’s 1st Whiskey of its Kind. Top Chef Kevin Gillespie will be here to celebrate, and his team will be roasting a whole pig on-site!

Get your tickets here

Duality is a testament to Justin’s (ASW’s guy) 16 years of single-minded dedication to learning how to make some of the best craft booze in the world, a whiskey that combines traditional, Scottish-style double copper pot distillation methods with the Appalachian innovation of grain-in distillation to blaze a new trail in whiskey.

An idea that began to take shape nearly 4 years ago, Duality is, as far as we know, the first whiskey of its kind anywhere in the world, distilled from a mash of 50% malted barley and 50% malted rye.

Finished in new, charred oak barrels, Duality marries the depth of bourbon, the robustness of rye, and the complexity of single malt whiskey, achieving a singular flavor profile of rich honey and caramel, a bouquet of fruit, and a dusting of smoke.

Should be a good time…see you there!