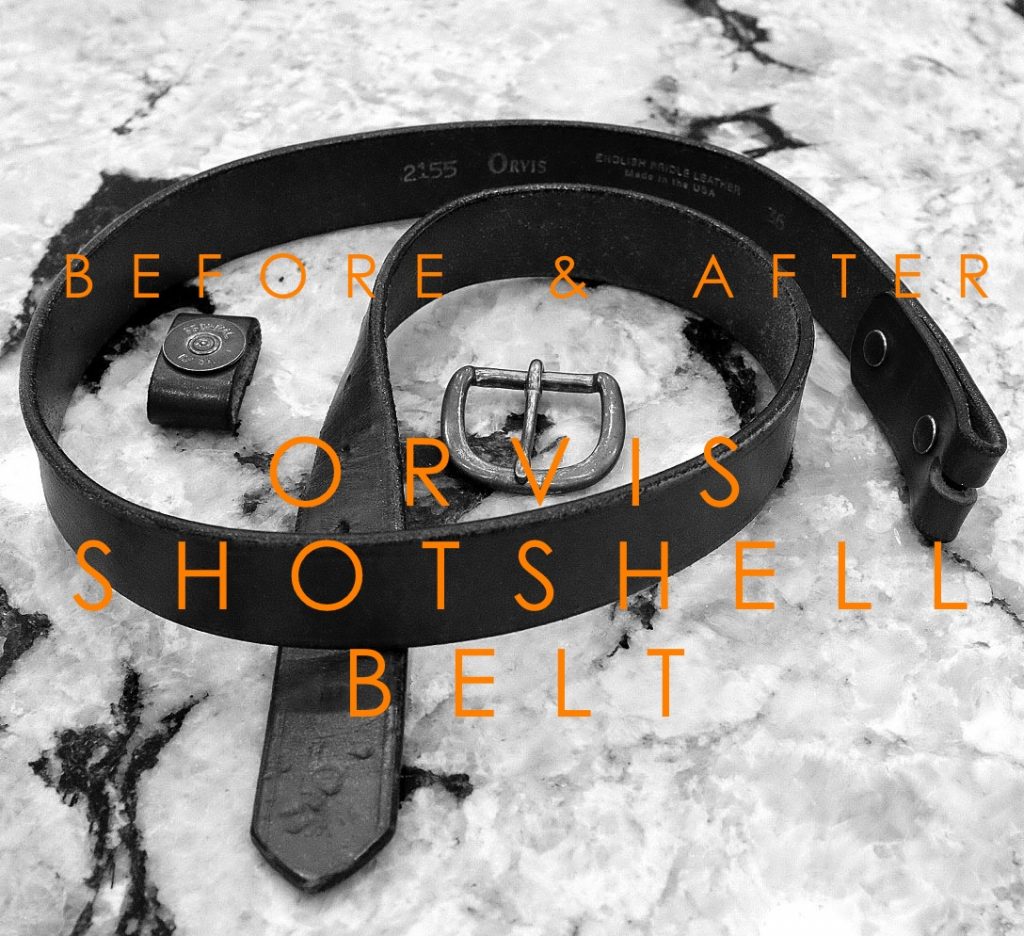 I have an old box of stuff that has stayed with me for years.  There’s nothing special about this box; it’s not some sort of time capsule, but more of a waiting room for things I’m not ready to return to the rotation, or get rid of all together.  The box ebbs and flows.  I was digging around the other day, and came across the old buckle and keeper from my old Orvis Shotshell belt. 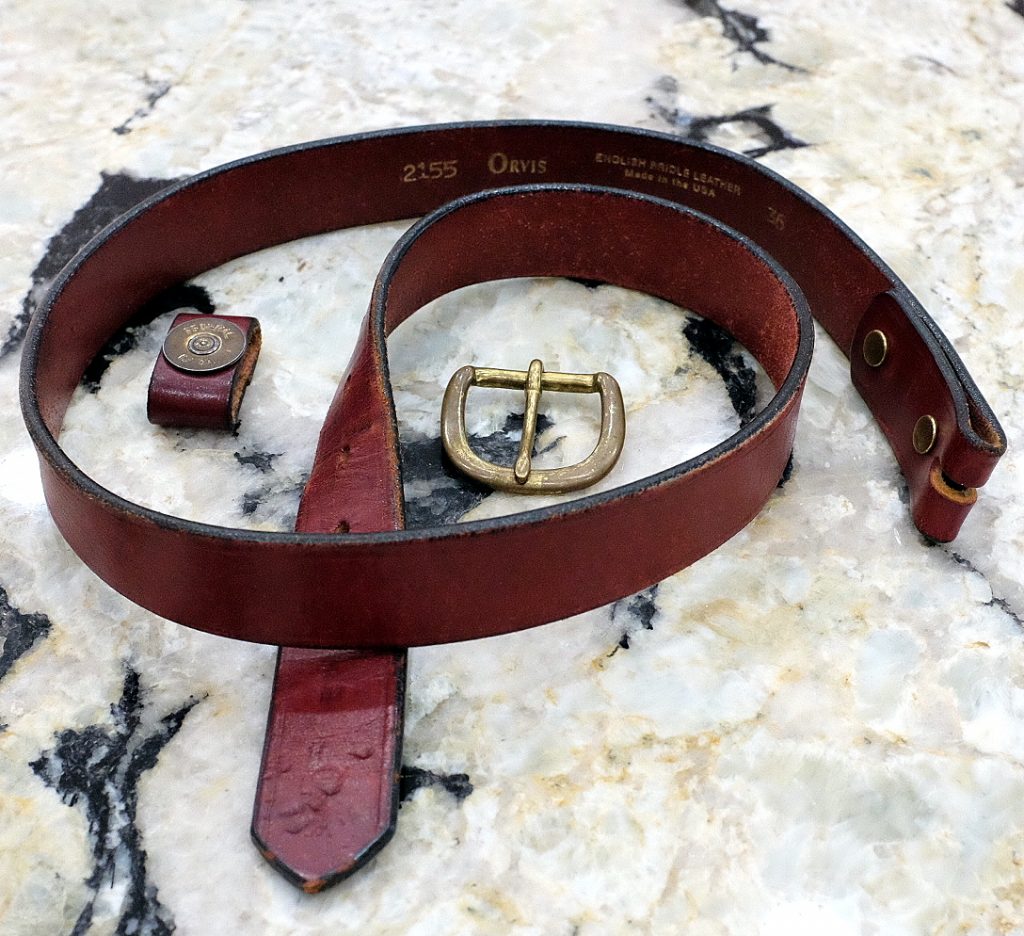 I did the math, and this belt is 22 years old.  I got it while I was in high school from the Orvis in Buckhead after a trip to see some buddies at the KA house in Athens.  They were all over that house, and Athens in general, and obviously I wanted to be as cool as them.  I believe I paid $29.99 for the belt.

I wore the hell out of this belt.  I went with the cordovan leather mainly because they didn’t have dark brown in my size.  This belt has seen quite a bit…  About six or seven years ago, I got an engraved Col. Littleton buckle (they don’t make them anymore), and I used this strap.  Since it has two buttons that keep the buckle on, it’s an easy swap.  I thought I had lost the buckle and the keeper.  I’ve had a few moves since then, and as everyone knows, things get lost when moving. 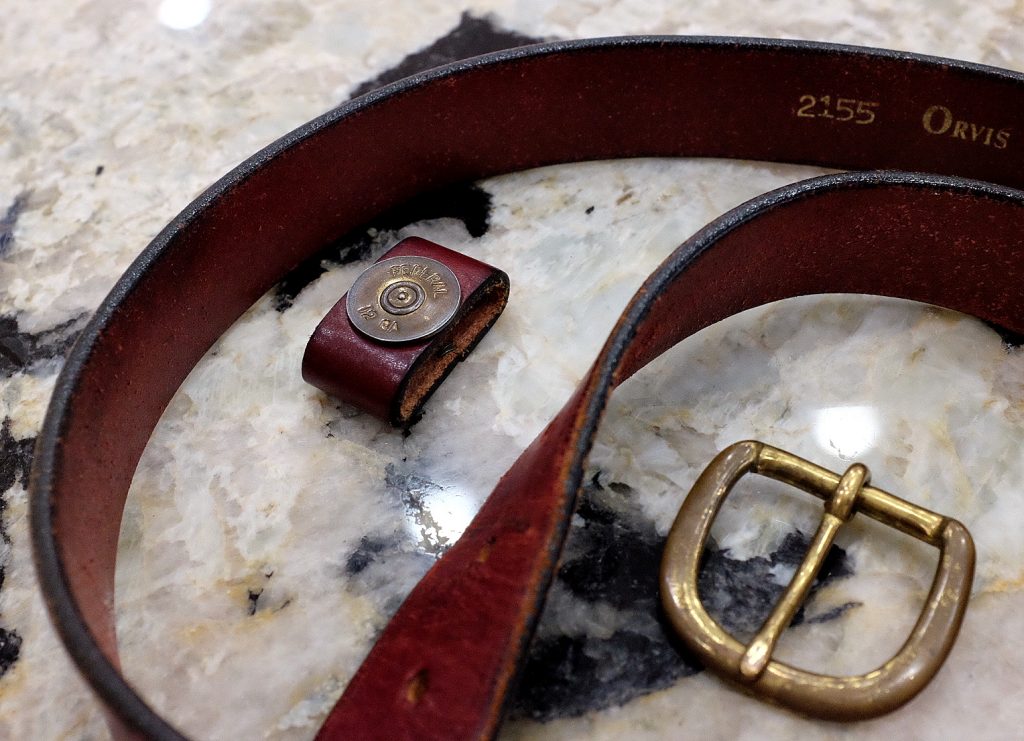 Side note: those are puppy teeth marks on the end of that belt.  One of my fraternity brothers got a black lab puppy, who decided to steal this off my floor when visiting.  He didn’t do too much damage, and luckily this is the only mark he left.  He was a good dog.  No, he was a great dog. 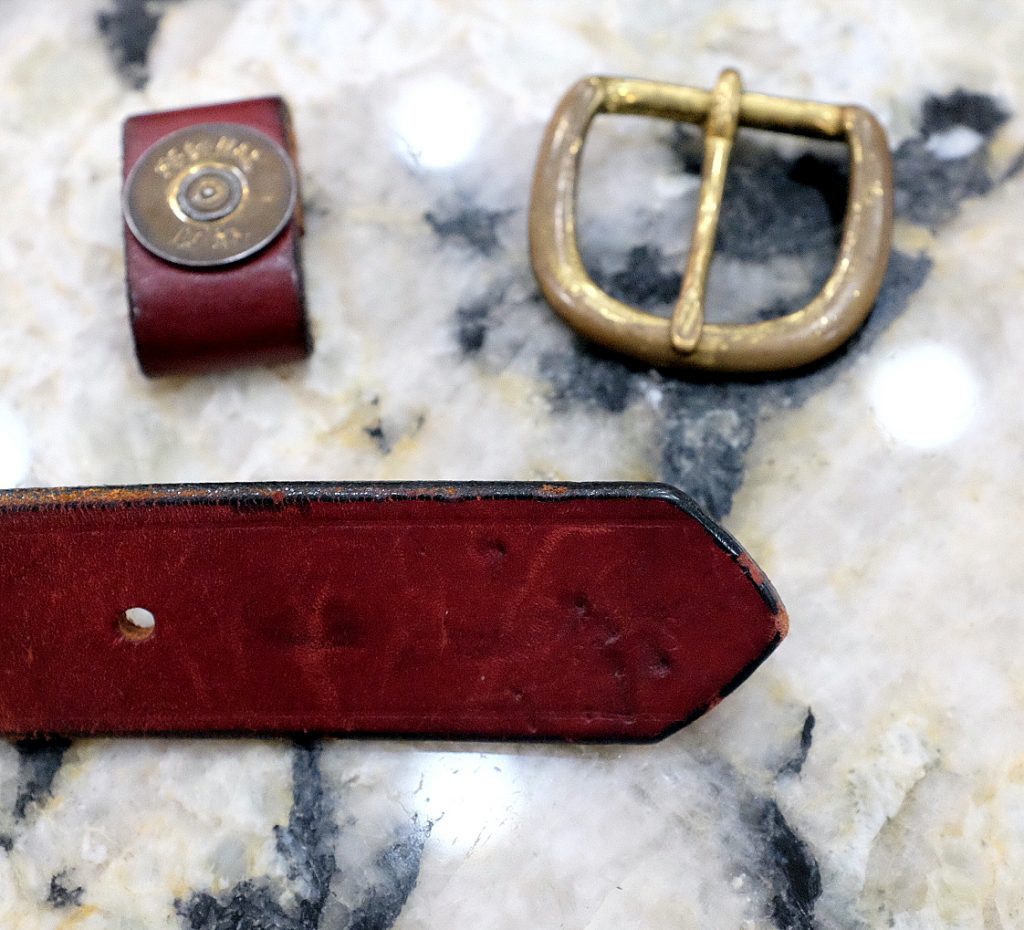 When I came across the buckle and the keeper, I knew exactly what they were.  It brought back a ton of memories.  Not surprisingly, the metal is still in good shape, but it had developed quite a patina.  The buckle and the shotshell are brass, and had tarnished quite a bit.  The English Brindle Leather is still in excellent shape, as I condition it about once a year.

Since Orvis doesn’t make this version of the shotshell belt anymore, I decided that I was going to clean up the brass pieces.  I did some Googling, and found that Barkeepers Friend works excellent on brass.  Mrs. RCS likes to cook with All-Clad pots and pans, and I get to clean.  We use a lot of Barkeepers Friend.

In addition to the Orvis buckle and keeper, I have an old brass slider buckle that I’m going to use on another project (more on that later).  I won an Ebay auction years ago for five or six of these, and had a couple still laying around the house.  I was going to let this be my tester. 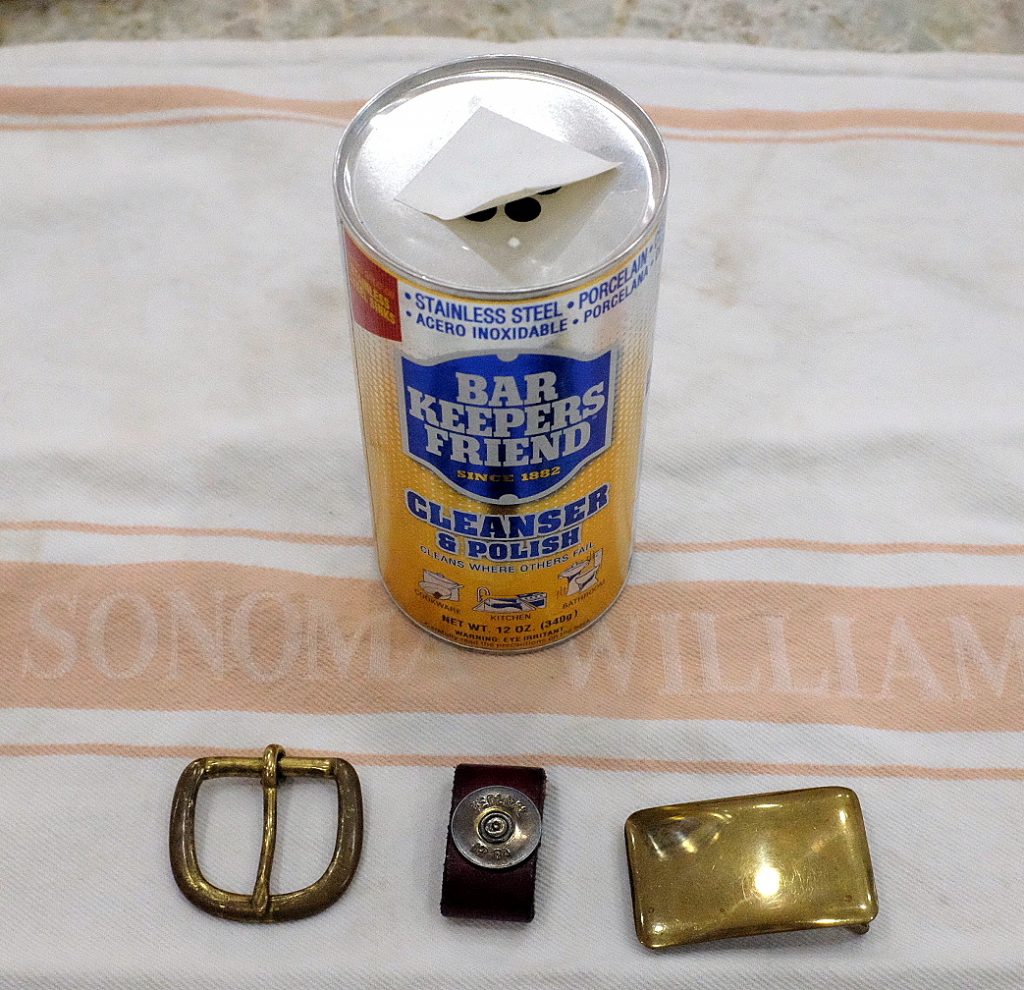 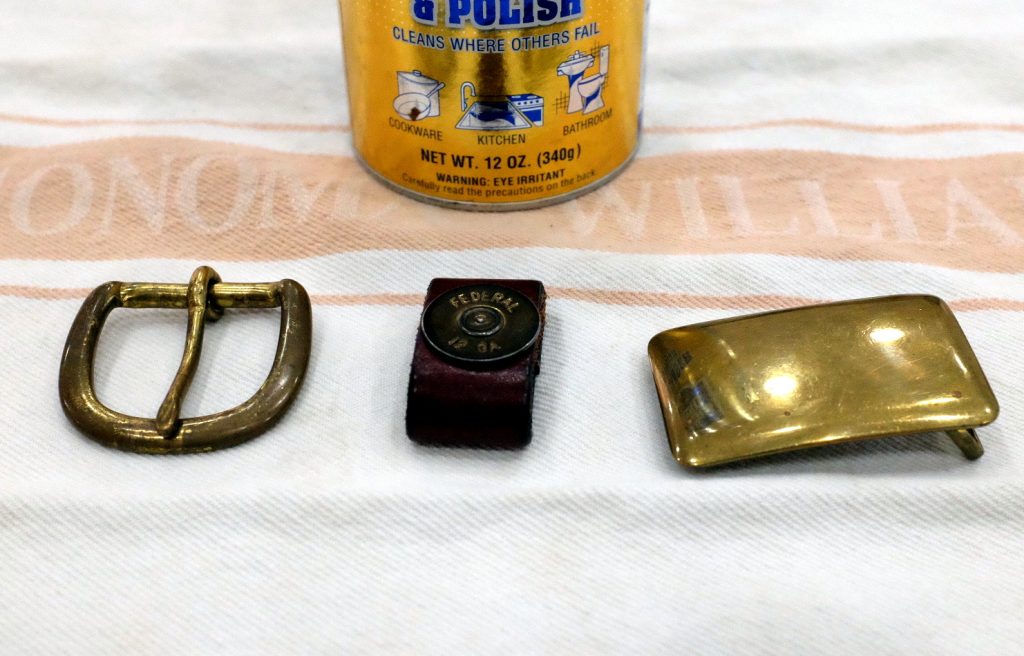 Using Barkeepers Friend is pretty easy.  Wet rag, sprinkle some powder, and rub.  Easy.  Rubbing creates a paste-like substance that removes the tarnish and brings it back to a nice shine. 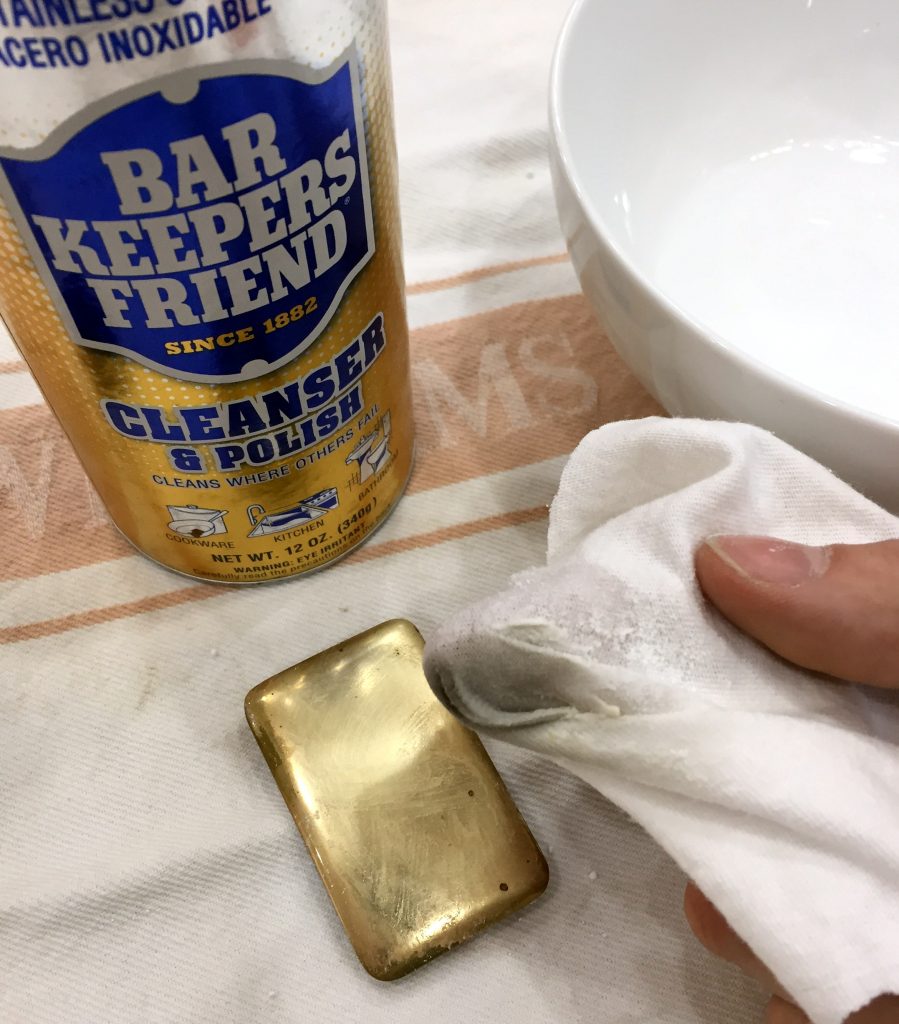 To give you an idea, here is the underside of the buckle.  The left side has not been rubbed, and the right has.  See the difference? 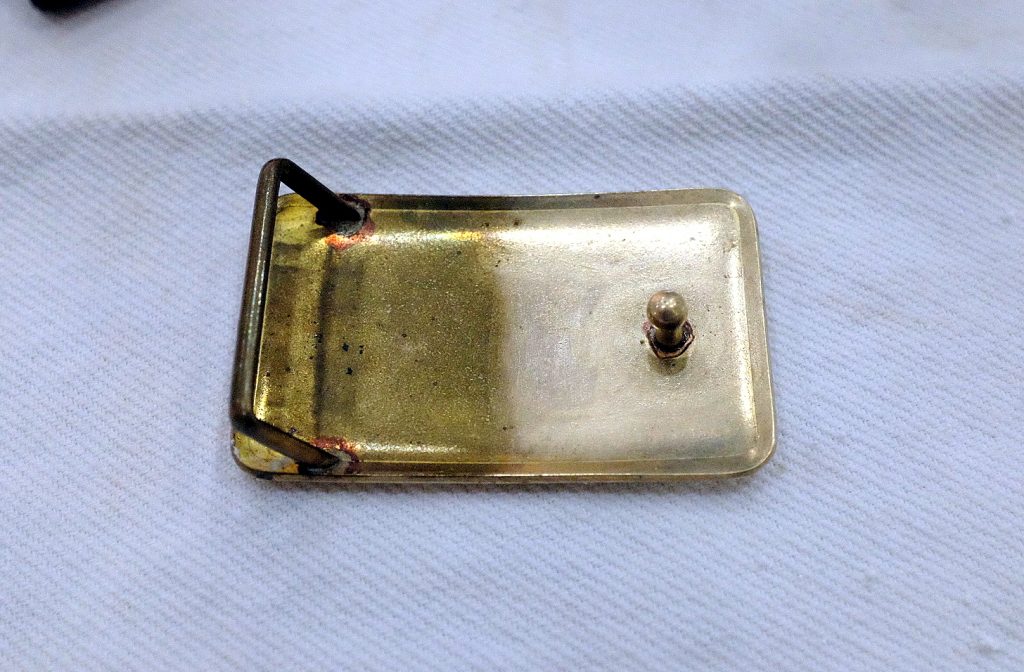 I finished the slider by running it under cold water to remove all the paste, and drying it off.  Success.  I moved on to the buckle and the keeper.  First the buckle…here’s the before: 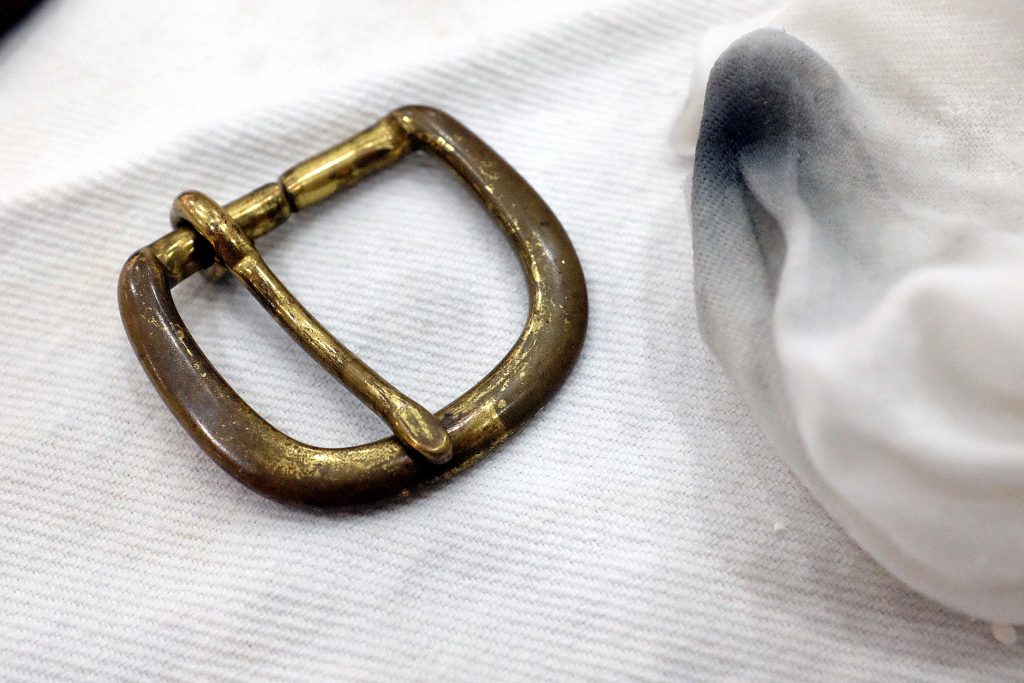 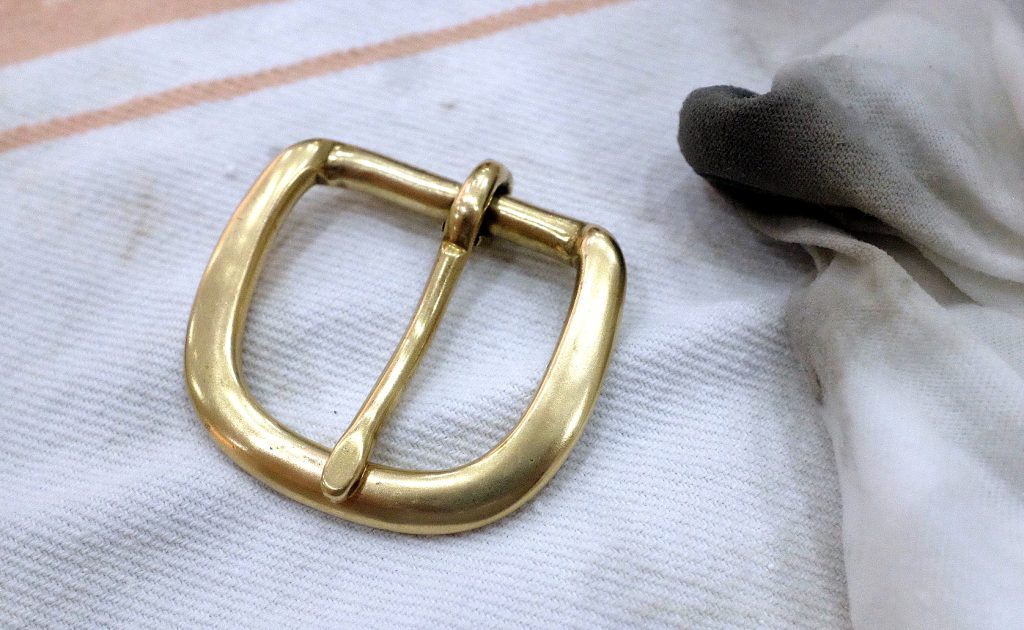 The keeper…I wanted to be careful not to get too much of the BKF on the leather, as it is a chemical compound.  I did a pretty good job, but dunked it in water when washing it off.  Before: 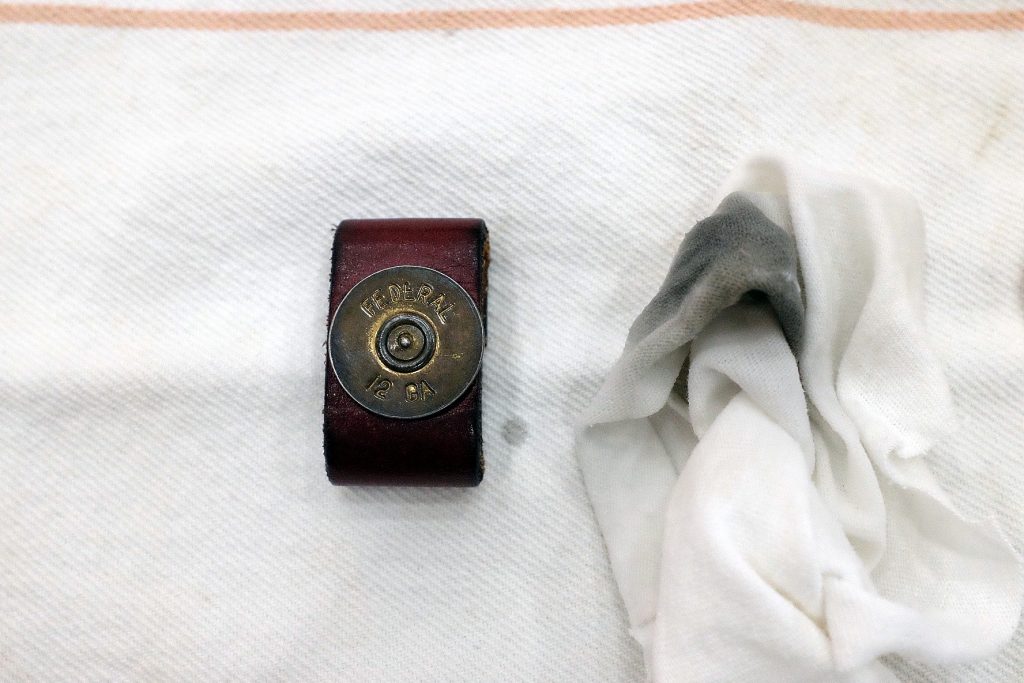 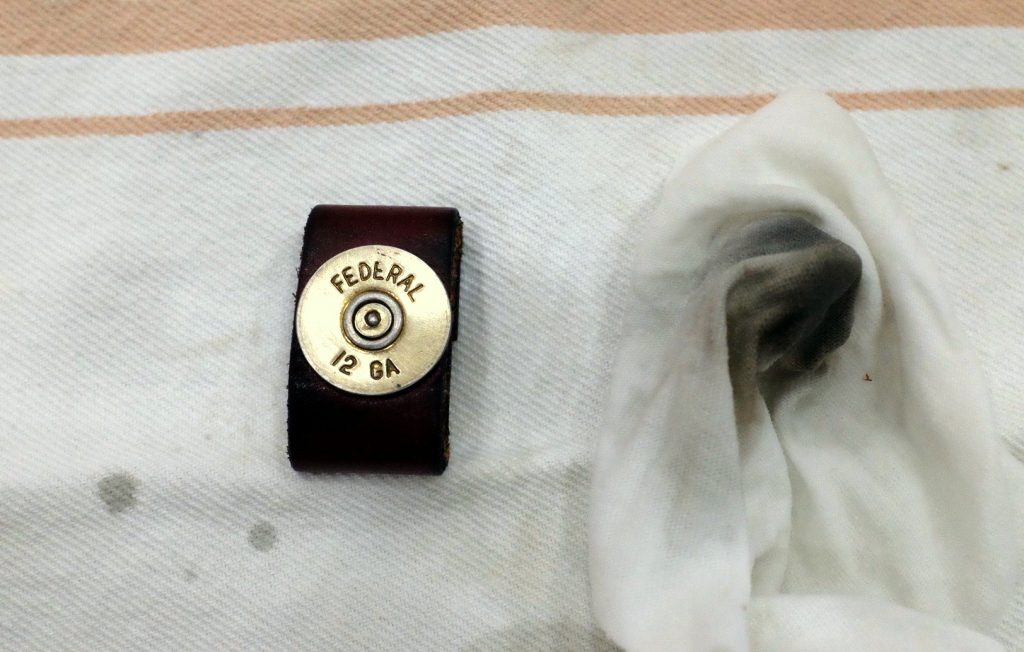 I then took a shining cloth to all three, really to make myself feel better.  The shining cloths are great, but don’t do too much to brass, especially brass that has just been treated with BKF (which claims to be a polishing agent as well).  The finished products: 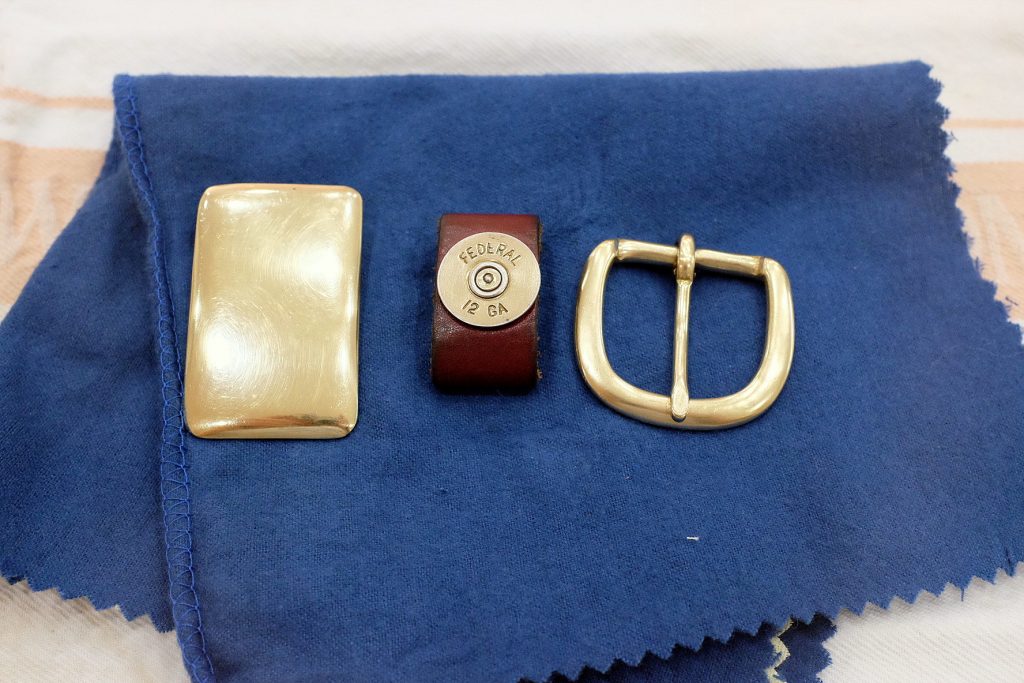 I put the belt back together, and couldn’t be happier.  It still has a bunch of nicks and scratches on the metal, and by no means does it look like this was just bought off the shelf.  Given that this is 22 years old, it’s hard to believe it won’t last another 22. 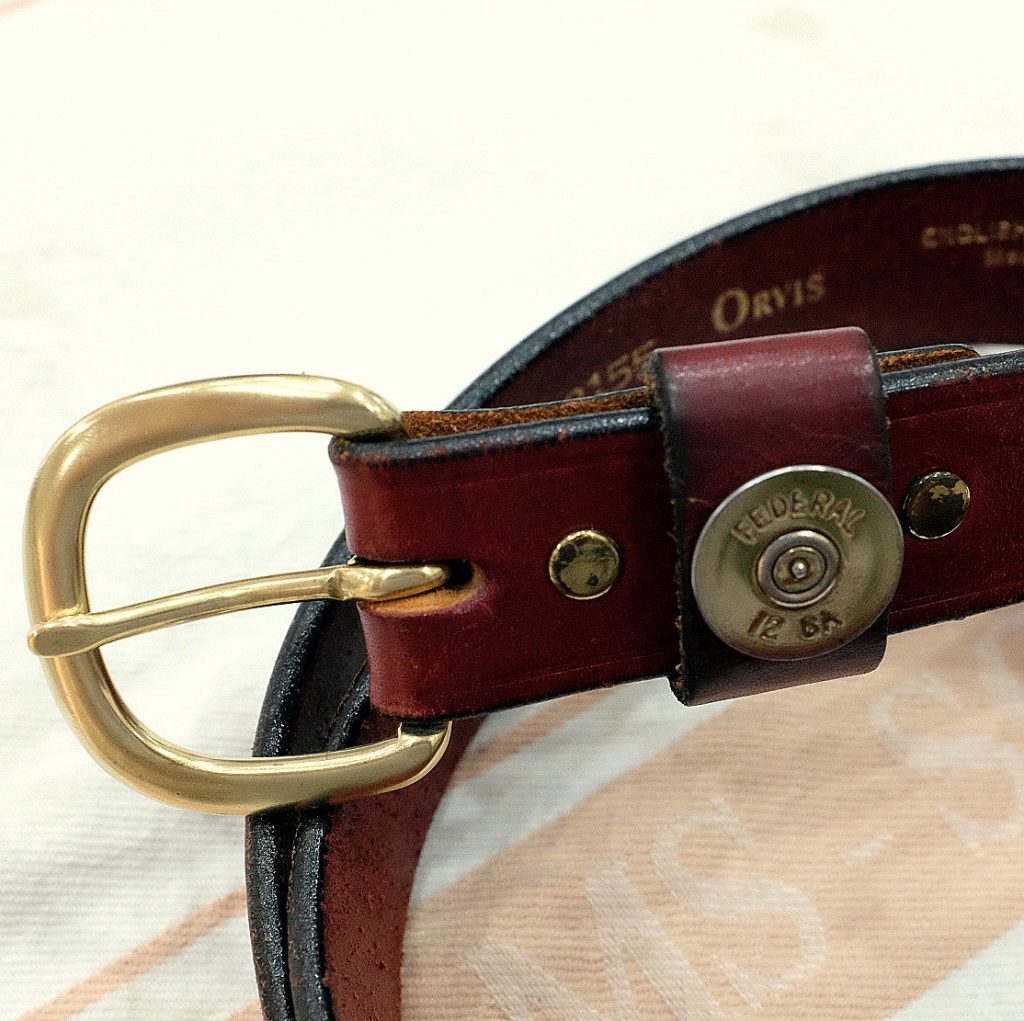 I’m also excited that I still wear the belt in the same hole I did 22 years ago…I don’t know if that’ll keep, but I sure will try.