I’ve already watched “Christmas Vacation” twice this season.  It’s quite possible that I’m watching it as you read this post.  Seriously.  I love this movie.  I have loved this movie since it came out in 1989.  I can quote the entire move, and do so frequently, as do most of you.

All of the characters have their own personalities, but it’s safe to say that Cousin Eddie is the most quotable.  The lines he spews are solid gold…it’s absolutely as good as it gets.  Some if his finer points: 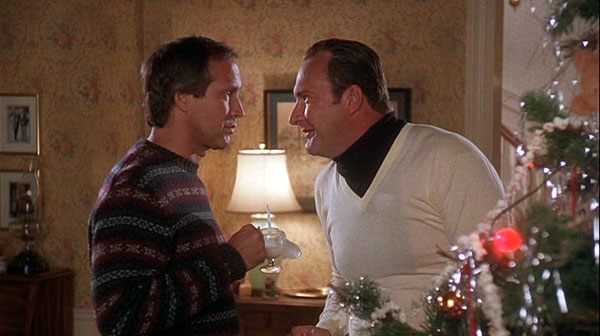 Eddie: “Yeah, I got the daughter in the clinic, getting cured off the Wild Turkey. And, the older boy, bless his soul, is preparing for his career.”
Clark: “College?”
Eddie: “Carnival.”
Clark: “You got to be proud.”
Eddie: “Oh, yeah. Yeah, last season he was a pixie-dust spreader on the Tilt-O-Whirl. He thinks that maybe next year, He’ll be guessing people’s weight or barking for the Yak woman. You ever see her?”
Clark: “No.”
Eddie: “She’s got these big horns growing right out above her ears. Yeah, she’s ugly as sin, but a sweet gal. And, a hell of a good cook.” 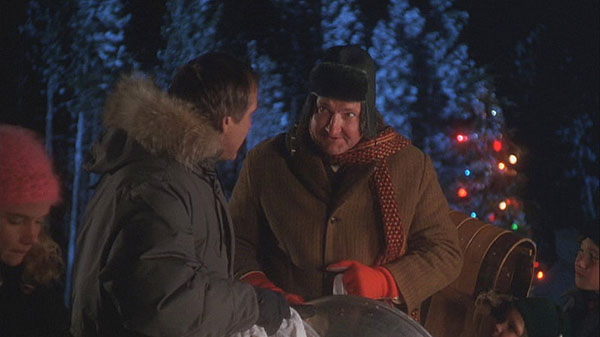 “Don’t go puttin’ none of that stuff on my sled, Clark. You know that metal plate in my head? I had to have it replaced, cause every time Catherine revved up the microwave I’d piss my pants and forget who I was for a half hour or so. So over at the VA they had to replace it with plastic. It ain’t as strong so I don’t know if I should go sailin down no hill with nothing between the ground and my brains but a piece of government plastic.” 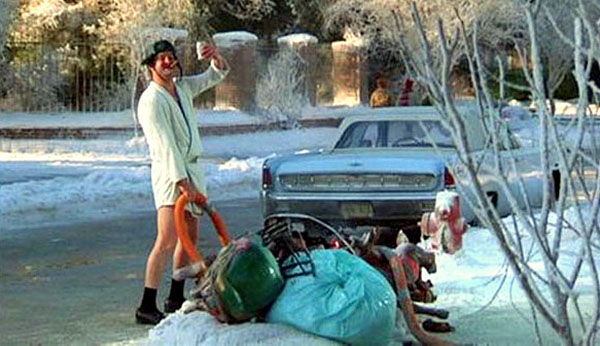 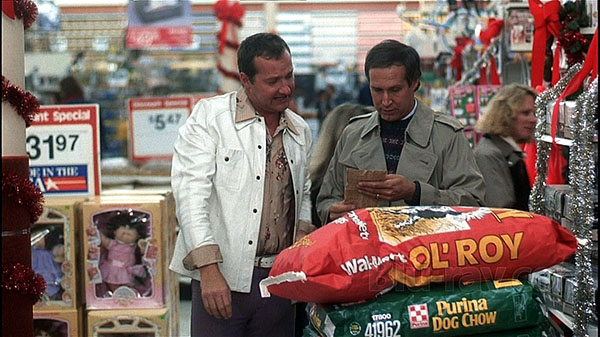 “And if it’s not too much, Clark, I’d like to get you something really nice.” 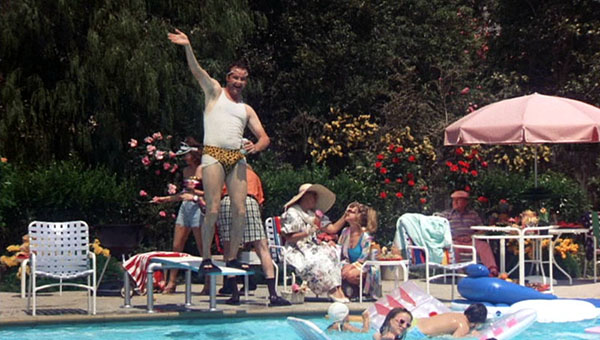 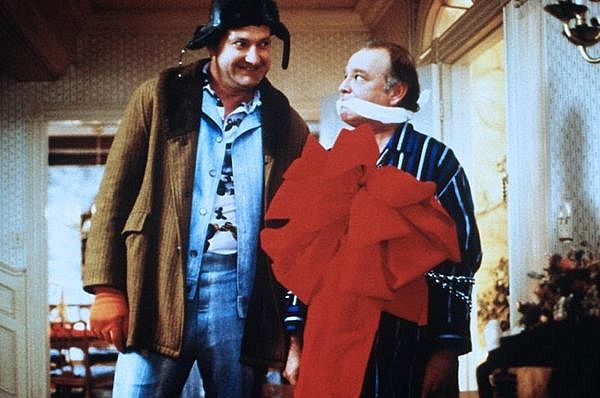 “You about ready to do some kissin’?” 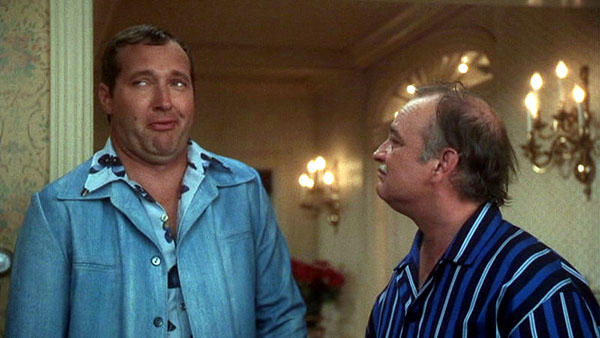