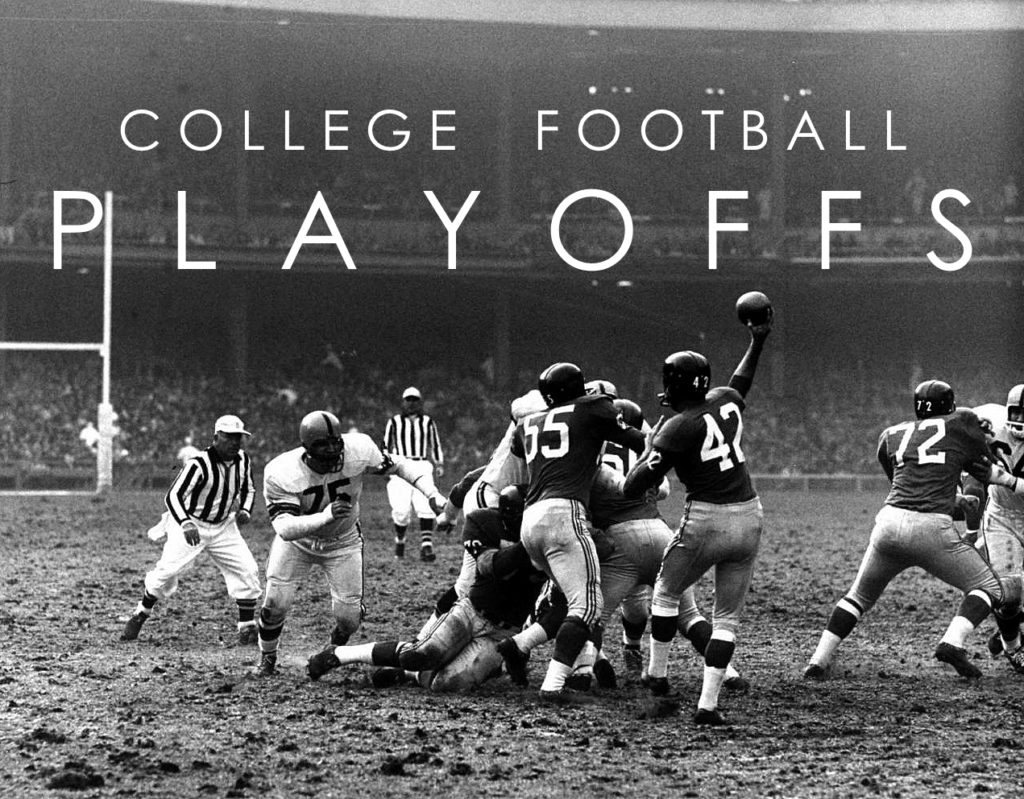 Whether you are a fan of the current college football playoff system or not, an undeniable fact this year is that, at the very least, the system worked.  Regardless of conference, the four best teams are included in the playoff.  There hasn’t been a dominant team all year, and the last month of the CFB regular season has been some of the most exciting football that I’ve ever watched.  It’s sad that the season is coming to an end, but it’s been a hell of a ride.

Each conference had a great storyline.

ACC: Clemson kept winning, and doing so in spectacular fashion.  FSU, the pre-season #2 team, had one of the worst seasons in recent history, with a TON of talent…and their coach bailed.  Miami started off hotter than a pistol, but got Mark Richt’ed.  Been there, done that.

Big 10: Wisconsin dominated until they played a team with speed.  Ohio State was a head-scratcher and that loss to Iowa killed their season.

Big 12: Oklahoma and Baker Mayfield’s season was a foregone conclusion.  The only thing that could beat Baker Mayfield is Baker Mayfield, and he’s come close to imploding a couple times, correcting everything by saying the right/PC things at the post game press conference.  Interestingly, Texas is on the rise…you can feel it.

SEC: Alabama had another incredible season, and then Auburn won…giving the Tigers some sort of hope…until they played UGA in the SEC Championship.  That win got UGA a trophy, and a trip to the playoffs.  Neither Florida nor Tennessee were invited to bowl games. 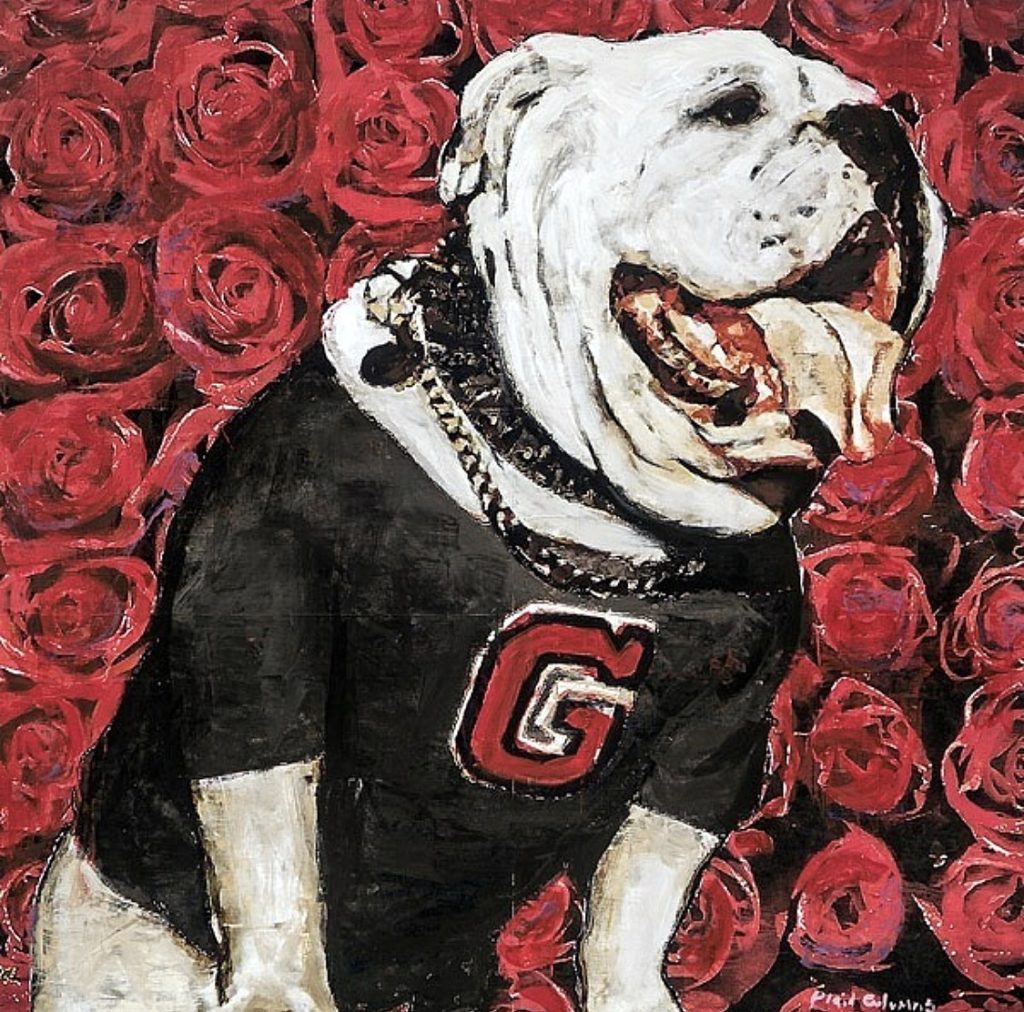 The Games and Predictions:

My heart and head are 100% in agreement: I have no idea how to predict this game.  You’ve got Oklahoma’s offense, which is like watching a video game, vs. UGA’s GATA defense.  Then you’ve got UGA’s ball control offense vs. Oklahoma’s Big 12 defense.  Baker Mayfield, who is capable of making plays all over the field, is the wildcard in this game.  If I’m Lincoln, I want to do two things: Stop UGA’s running game, and keep UGA’s defense on their heels.  If Oklahoma succeeds on these two goals, UGA won’t be able to score enough points to win.

If I’m Kirby, I want to do two things: dominate on the OL and run the ball (slowing down the tempo), and don’t let Baker get outside (i.e. beat the living sh!t out of Baker Mayfield).  If Chubb/Sony/Swift can each get ~100 yards, then Fromm won’t have to throw the ball, and Oklahoma won’t have enough possessions to win. 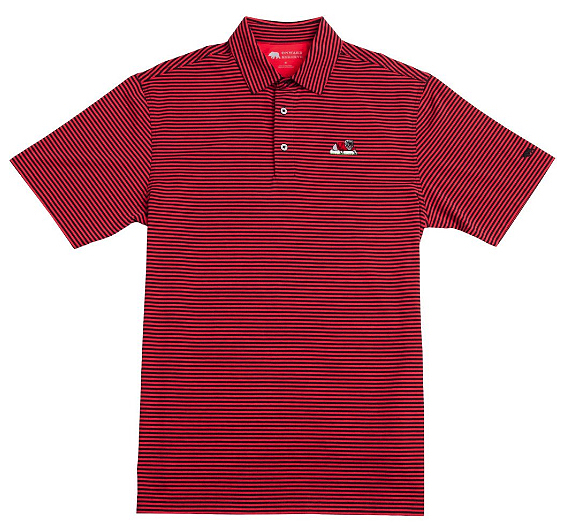 UGA ‘On the Rocks’ Polo from Onward Reserve

Prediction: Again, I have no idea, but since I have an obligation to give a prediction, I will go back to the adage that ‘defense wins championships’.  I’m going with the Dawgs by a field goal in a low scoring affair.  I’ll say it’s 27-24 UGA.

Alabama is an incredibly good football team, but they are facing the one team that isn’t scared of the Crimson Tide.  This game is getting all the hype, but I don’t think it’s going to be close.  Bama is beatable, and Clemson has figured out the formula.  Clemson has some vulnerabilities (see the Syracuse game), and Bama has motivation (see the Iron Bowl).

If I’m Saban, I want to do one thing: stifle the Clemson offense.  Alabama’s defense is incredibly talented and disciplined, and if they are able to frustrate Clemson’s QB Bryant into making mistakes, Clemson will have a hard time recovering.  Then Alabama controls the clock with their running game and comes back to Atlanta. 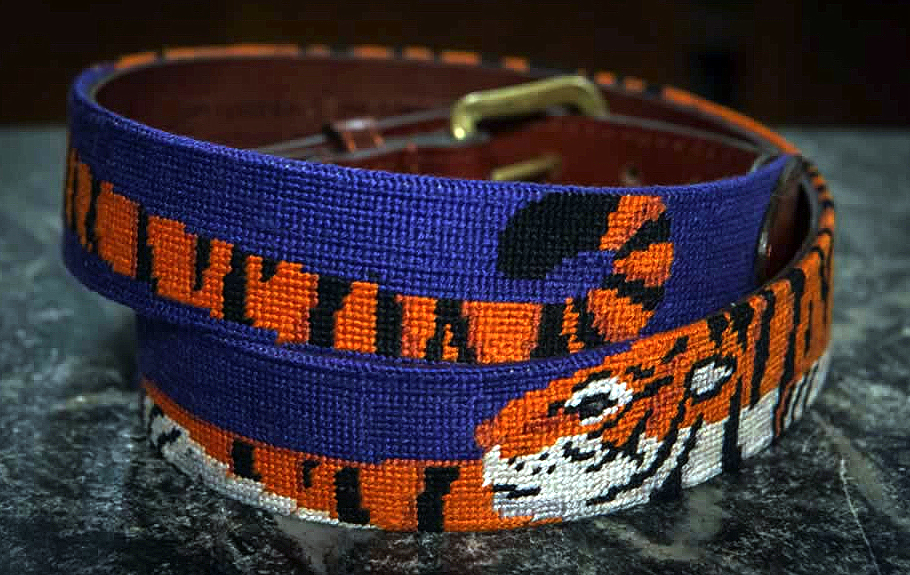 If I’m Dabo, I want to do two things: first, press the accelerator on offense, and dominate on the DL.  Clemson’s high-speed, high-powered offense is their bread and butter, and if they can get out and execute, then look out.  If they can shut down Bama in the box, then Bama will have a hard time beating the Tigers as a one dimensional passing team.

Prediction: This game is getting all the hype, but don’t listen to ESPN, they are a dumpster fire organization.  I think Clemson gets up early, and never looks back.   Their offense is too good, and their defense is stout.  Bama is good, but they are beatable.  Clemson wins 42-27. 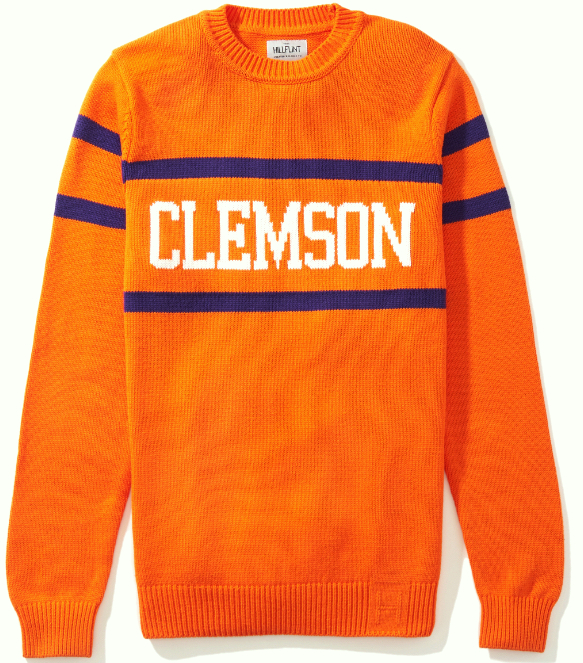 Where are we watching?: Home.  We do have some regret that we aren’t going to Pasadena, and we were offered tickets to the game in New Orleans, but we are content hanging at the Fort to watch the games.

What are we eating?: New Year’s Day dinner!  Mrs. RCS is working on it a menu now, but we’ll probably do a casual version of the traditional pork/greens/black eyed peas/etc.  Whatever she decides, it will be delicious.

What are we drinking?:  Not much.  We have a ~5 month old, and we both have to work on Tuesday morning, so I’ll make us a couple Manhattans at the start of the Rose Bowl, and then a couple beers after dinner.