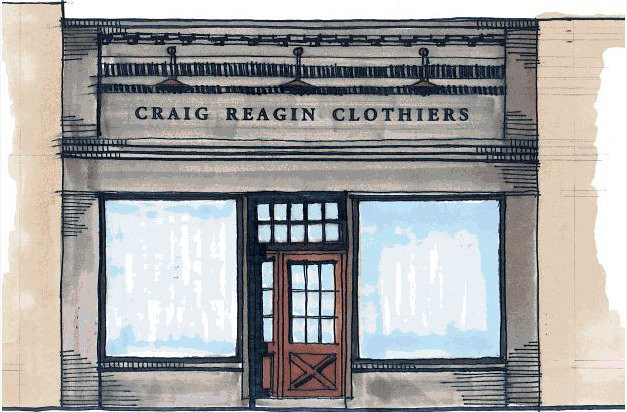 Craig Reagin Clothiers – the newest men’s brick and morter store  recently opened in Lexington, SC.  Jeremy – the owner – was nice enough to reach out and share some information on the idea, the history, and the opening of his store.  Pretty inspiring for a young entrepreneur:

As a child, I grew up around the retail business because my family owned a local Dodge Dealership for two generations.  We sold the dealership in 2008 after 54 years because my father foresaw the downturn and was worried about the stability of the business. Throughout my school years, I would always go up to the dealership after school and loved being around the customers and the staff. My family always preached customer service as our number one priority – which is why I stress it so highly in my business Craig Reagin Clothiers.  Allow me to brag on them: my grandfather won Time Magazine’s Dealer of the Year for customer service, and my father and uncle were featured in People Magazine for their customer service as well. Luckily, my father is continuing to mentor me on the aspect of providing customer service that is unmatched.

After attending college for the first year at Clemson University, I became enthralled with the lifestyle that Southern Dress encompasses, and regularly found myself shopping at M.H. Frank in downtown Clemson. My parents were well aware of my brother’s and my shopping, and we were finally able to get them into the store when they came up for a football game one Fall weekend. After speaking with Mr. Steve, the owner of M.H. Frank, I was convinced that I had finally, with his help, persuaded my parents to take a risk and enter the clothing business. Within a month, my father invested in a downtown store and began renovations. After six months of completely restoring of a historic 100+ year old store, we opened doors in April of 2011, and at the age of 19 I was in charge of ordering inventory, promoting the store, and running day-to-day operations.

We decided to name the store Craig Reagin Clothiers because Craig is the middle name of my middle brother and Reagin is my middle name. My eldest brother would like to eventually open an upscale bar in the basement downstairs – which we hope to name Kermit’s (his middle name – which is shared with my father and grandfather).

Up to this point, Lexington craved a store like ours. People would often have to drive over to Columbia, or would shop while on vacation in Charleston. We are consistantly told that folks are thankful for saving them the drive. However, this alone doesn’t satisfy us. We are always finding ourselves delivering products to people’s homes, carrying things out to the car, opening up after hours so people can grab a tie, and just going the extra mile so people want to come back.  We really strive to make them say “Wow, that was refreshing to have someone care about my shopping experience”.  We have installed a television with video games so the kids can play while parents shop, or in the more popular scenario, regular customers stop by to hang out.  This gives us the opportunity to really develop a relationship with our clients.

I absolutely love the business so far and couldnt think of anything else I’d rather be doing. 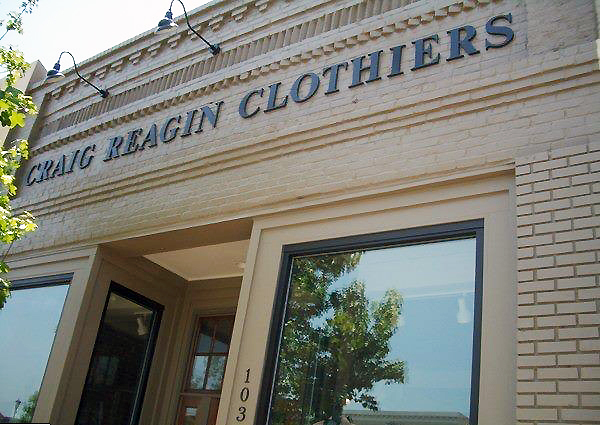 They carry quite a few great brands – Southern Point, Jack Donnelly, Filson, Bill’s Khakis, Coast, Southern Marsh, High Cotton Ties, Southern Proper, Peter Millar, Southern Tide, and Costa del Mar (among others).  Stop by and see them next time you are in the Palmetto State – tell Jeremy we said hello.