I had the pleasure of talking to Paul Hendrick about something that we both take seriously: value proposition.  Paul runs Tecovas boot company out of Austin, TX, and is starting to get some serious market share. 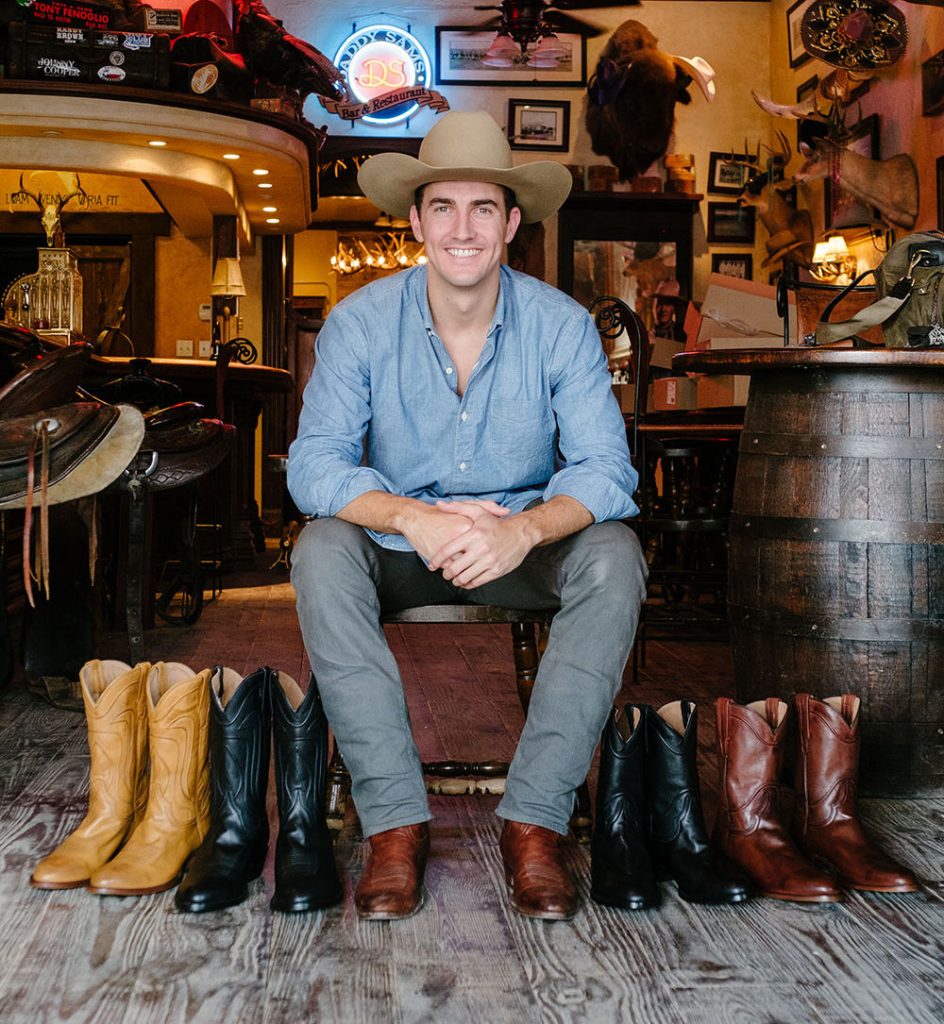 Tecovas has figured out how to keep the pricing down on high-quality cowboy boots and ropers.  They don’t go for flashy boots, instead opting for a traditional look that will never not work for any boot wearer.  These are the type of boots that anyone from your son, your dad, or your grandfather could get, wear, and love.  These are the middle-80% boots; good for everyone.

They figured out that cutting out the middle man (retailers) cuts down on quite a bit of overhead, which is usually passed along to the customer.  This turns out to be a good deal for everyone.  Ropers run $225 a pair, and cowboy boots run $235 a pair.  The new Ostrich options are available for $295 a pair (for now…)

Paul was nice enough to give a little insight to his burgeoning cowboy boot empire:

What is the history of Tecovas?  Why did you decide to start the company?  I launched Tecovas in October 2015 after over a year of working on it full-time, solo, but it was really a long time coming. I had known for a while that I was going to start and run a company of my own, and it was only when I had a real problem to solve (that I became more and more confident needed to be solved) that I decided to pull the trigger.

The real history of Tecovas lies in frustration of available options for what I believe to be a staple of the American wardrobe. I’ve loved cowboy boots for a long time, and I was spending significantly more on the individual product than pretty much anything else in my wardrobe, save for a nice occasional suit. Not only that, but even buying $400-600 boots, I always felt like I had to find a ‘diamond in the rough’ just to get something simple, classic, and timeless.

The evolution of boot styles from traditional construction and understated good looks to square toes, weird colors, and questionable quality was pretty frustrating. I had noticed a lot of other categories see this problem solved by smart, modern brands that focused on the important stuff: good-looking, quality product that doesn’t break the bank, sold through digitally-native platform that solved a lot of other customer experience problems along the way.

And while cowboy boots are a bit of a renegade, old-school product that a lot of folks (I knew) would find strange to purchase online, it was time to break that stigma and create the brand that was missing from the category. And it turns out, people are plenty willing to go online if it means they get crazy-good value for an awesome, good-looking pair of boots! 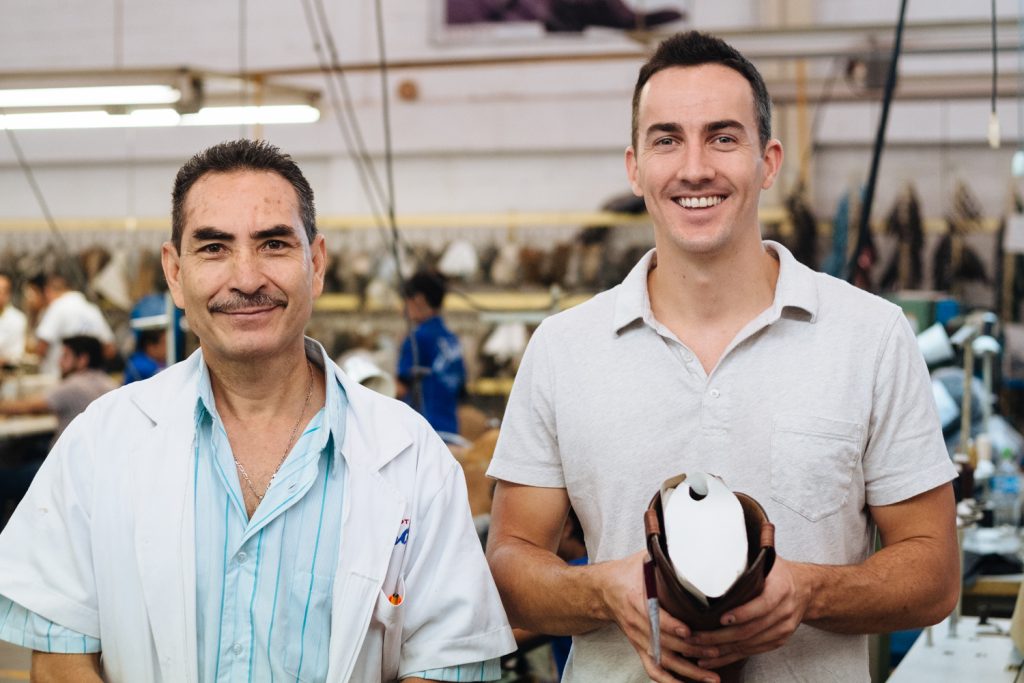 How do you keep the price low?  Our business model is actually pretty simple, and the biggest differentiator is that we’ve decided to forgo the option of selling to traditional retailers.

Every other brand in the industry will have a markup for themselves, typically doubling the cost of boots to sell at a ‘wholesale’ price to retailers. The retailers then mark the boots up themselves — usually 2-2.5X but sometimes up to 3-4X.

All we do is take that wholesale price and exclusively sell it directly to customers on our website. We don’t get the benefit of massive retail distribution, but we think the price-value benefits of being a third to half the price of our closest quality competition will eventually bring the folks to us! And we’ve already been able to do so, although we rely a lot on word of mouth to get folks on our website as opposed to heading to their nearest boot store.

We’re committed to our business model even if it makes it harder to spread the word, because we think every guy and gal should have a pair of quality boots in their closet! 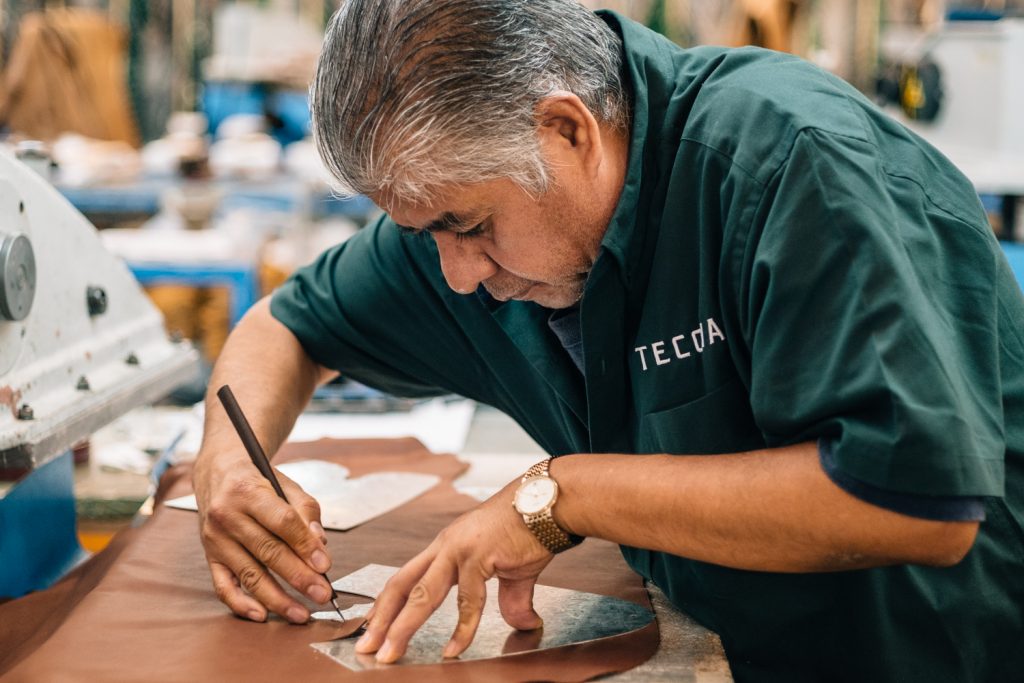 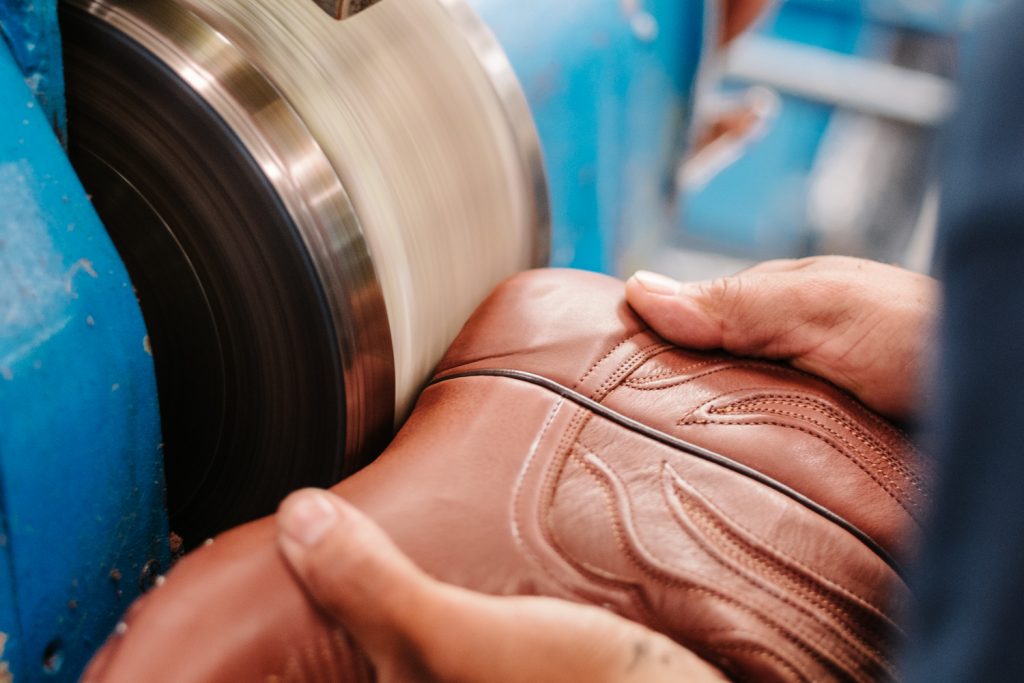 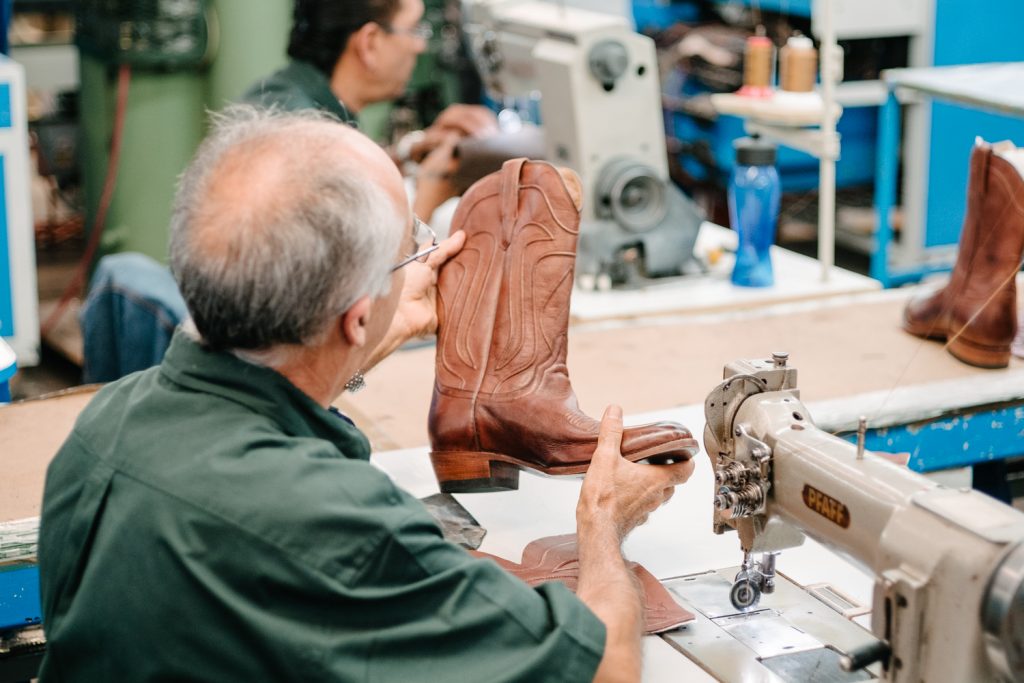 Describe Ropers vs. Cowboy-style boots?  The roper vs. cowboy question is a great one, and there isn’t a right or wrong answer! Long story short, it usually just boils down to what you’re used to (usually the first boots you had are the style you tend to stick with). Personally, I started wearing boots with cowboy heels, so that’s what I prefer.

The backstory is that the cowboy-style boots — which are marked by their taller, angled heel — are called ‘traditional’ because they’re actually what cowboys would have worn. The angled heel fits nicely in pullstraps, and the traditionally taller shaft was better for protecting the lower leg from getting chafed from riding. Folks from all over the country prefer this style, and it definitely makes a bit more of a western statement!

Ropers, on the other hand, were mostly designed to be more practical for everyday use, since cowboy boots became just as popular for non-cowboys in the 70s and 80s. Ropers started to get a bad rap in the 90s since a lot of brands started to make them really, really cheap and not built to last. We see that as a lost opportunity to take a really good-looking profile (it could pass for a sharp Chelsea boot under a nice pair of jeans) and make a quality, traditionally-constructed product. So instead of making our ropers cheaply, we use the same classic bootmaking techniques — from the metal-shanked, fiddleback-waist construction and hand-hammered wooden pegs — to supple calfskin leather through and through. They marry the best of both worlds while offering the non-cowboy crowd a good-looking boot that could walk the streets of NYC just as well as Fort Worth. 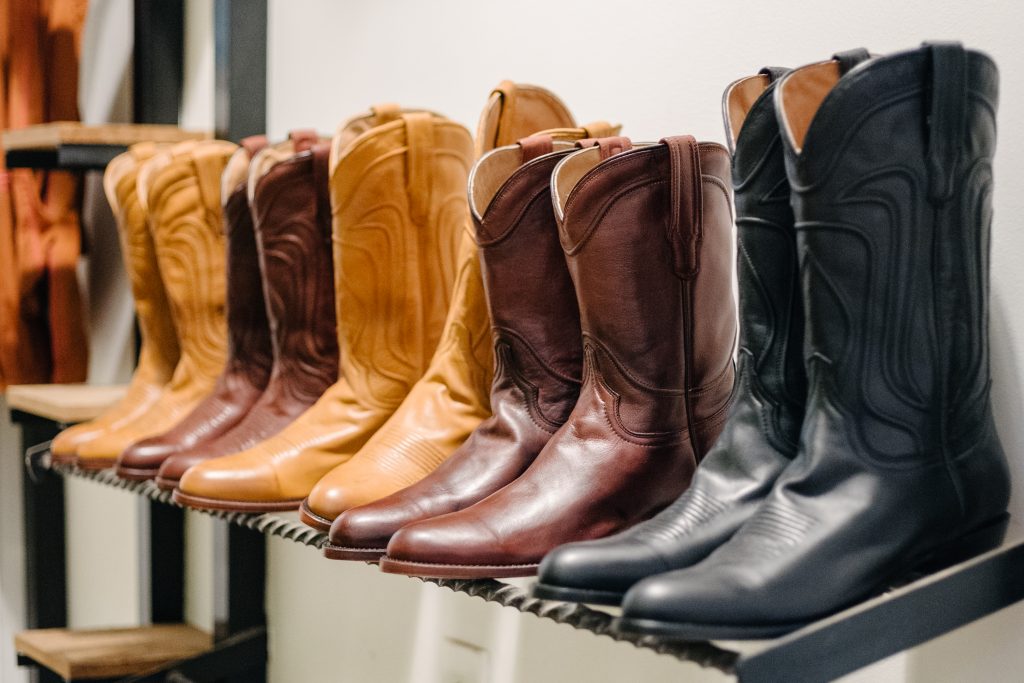 What do you like to do outside of making boots?  I live in one of the coolest (if not the coolest) cities in the country (Austin), so I try to take advantage of the city as much as possible when I’m not busy slinging boots!

The restaurant and bar scene here is incredible, so I’ll try to hit up live music shows after catching dinner with friends. A day at the lake is also the best non-boot-wearing activity I can think of, so I always try to make time for that if I can. I haven’t done as much as I’d like, but fishing is definitely my favorite vacation activity, so I’ll be testing my Tecovas on some Texas lakes and Colorado rivers soon enough. 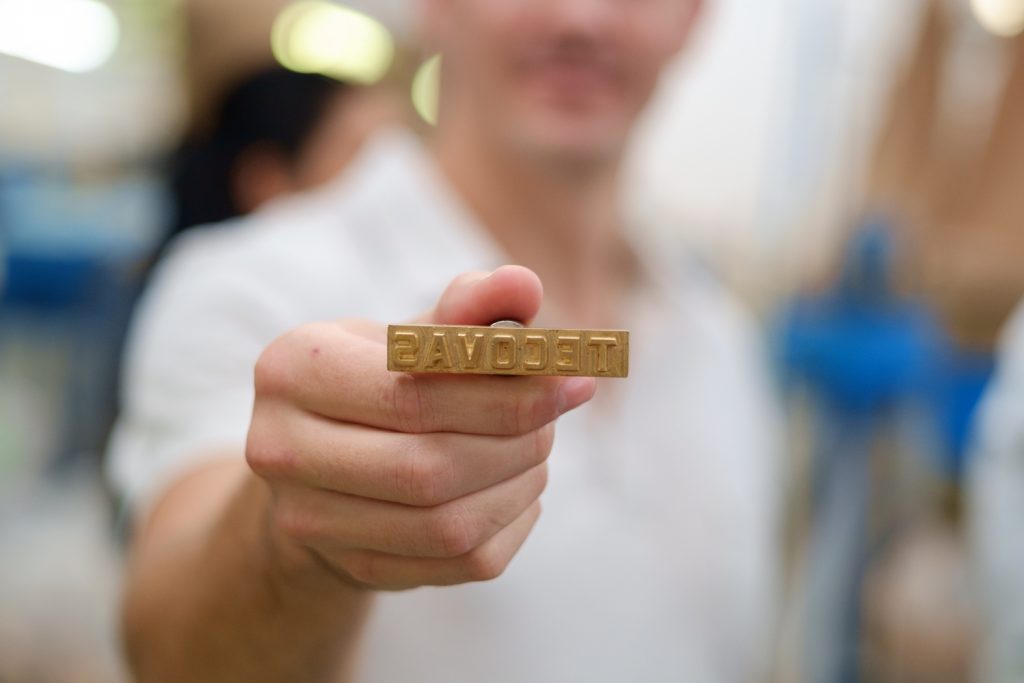 I always get excited about opportunities like this.  I put my order in for a pair of Dukes, the ostrich ropers for $295(!). 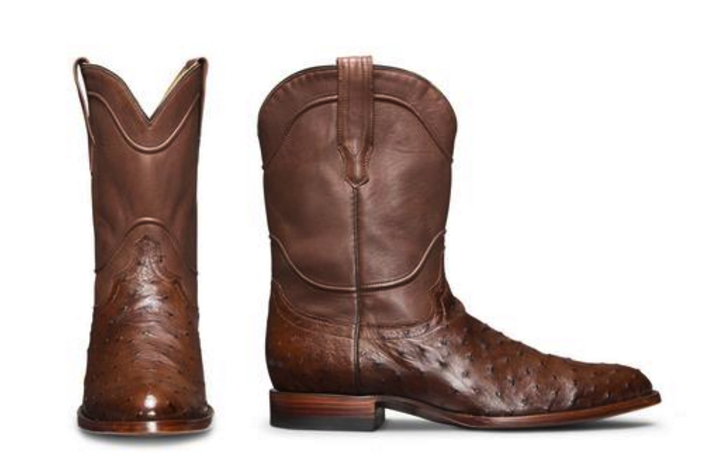 You know how much those would cost from some of the larger brands.  They are scheduled to deliver in October, just in time for boot weather.  I’ll give a full report once they arrive.