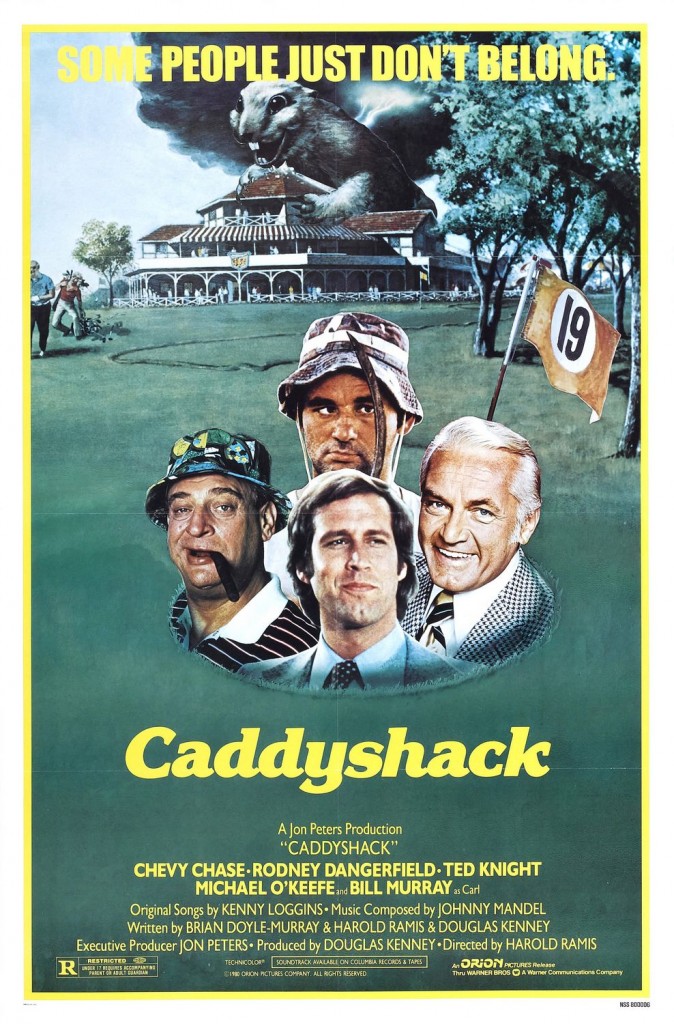 Carl Spackler (Bill Murray): He’s on his final hole. He’s about 455 yards away, he’s gonna hit about a 2 iron I think.

Ty Webb (Chevy Chase): You’re rather attractive for a beautiful girl with a great body.

Spalding Smails (Judge Smails’ Son): Ahoy polloi… where did you come from, a scotch ad?

Keep the quotes coming…this movie is a goldmine.